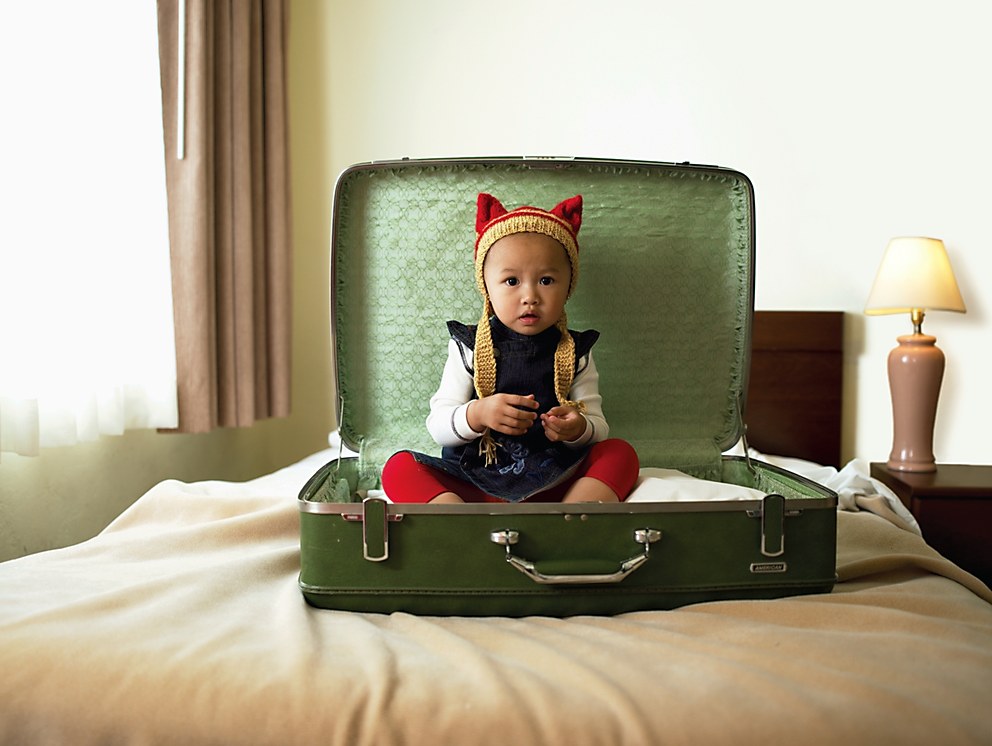 A San Francisco photographer with a flair for children and chocolate.

If Laurie Frankel didn’t love shooting on location so much, her recent setup at a llama farm in Half Moon Bay would simply have been a cold, wet and reeking experience. It was definitely that, but the muddy llama dung that covered Frankel, her crew and the inside of the tech van was undetectable in print and didn’t really hamper her shots of children in their Peruvian-inspired fashions.

The client was Tea Collection, a children’s clothing company in San Francisco, and Frankel has watched the company grow in just a few years from straight catalog shots to images with deeper mood and emotion. She’s found the freedom to interpret the fashion’s global spirit by becoming more editorial and by never treating the kids like props. Frankel’s natural rapport, along with her expert abilities at rolling around on the floor or making faces, captures their best expressions. Or she’ll use little tricks that please them, like putting a mirror on the camera so the child can see herself during the shot. “I’ve gotten the best kids with personality, with a little spunk and character, not just pretty faces,” said Frankel. “Now, it’s not just about happy-go-lucky kids, but creating different moods.”

Emily Meyer, creative director and co-founder of Tea Collection, credits Frankel with bringing a tenderness into the images and elevating the company’s level of sophistication, while also keeping it real. “Working with her, she’s visually tuned in to everything around her.” Frankel also spends a lot of time talking with art director Satoko Furuta. “She comes up with great ideas,” said Furuta, who has worked with her for several years, adding, “Everything’s still exciting with her, she’s not jaded.”

Frankel’s photos of children are only part of her creative work. She’s successfully built her career from a variety of subjects and with a client list that includes Williams-Sonoma, Pottery Barn, Ogilvy & Mather and Martha Stewart. Her images include kids, interiors, still life and food, as well as a personal portfolio that’s just as varied. We discussed her eclectic interests at Samovar, a tea lounge in San Francisco. While her voice retains her East Coast accent, she has a sunny openness and optimism associated with the West. “When I was an art director,” she said, “many photographers were focused on being just a still-life shooter or being just a fashion shooter. Now it’s changed a lot, which is great. It keeps me fresh to work on a whole bunch of different things.”

PHASE ONE: EAST COAST ART DIRECTOR
A New Jersey native, Frankel attended the University of Delaware, where she studied with Bill Deering in photography, Ray Nichols in advertising and Martha Carothers in design. She credits them as the talented force behind what she is today. After graduation, she worked in New York as an art director for Macy’s and for Revlon’s in-house design department, but when legendary marketer, Mal MacDougall, started his own agency, Frankel became his creative director and he became an important mentor. “He wrote all those famous tag lines,” she said. “Lines like, ‘Just for the Taste of It’ for Diet Coke and ‘Come to think of it, I’ll have a Heineken.’” MacDougall impressed Frankel with his ability to “get” exactly what the client needed and to express that concept in a few concise words.

“We were a good partnership because I could do that visually,” she said, and MacDougall agreed. “In my long career, I’ve worked with a lot of great art directors and Laurie, I still say, is number one—the best I’ve ever worked with,” he said. “She can take some really junky ideas and turn them into something beautiful. You can see in her artwork she has a range, she thinks about it and has a clean, clear way to present something. It’s rare.” Frankel still keeps MacDougall’s advice to designers on her desk: “Don’t try to be crazy. Don’t try to go to your computer and think you can do something off the wall. Simplicity is what’s going to work.” 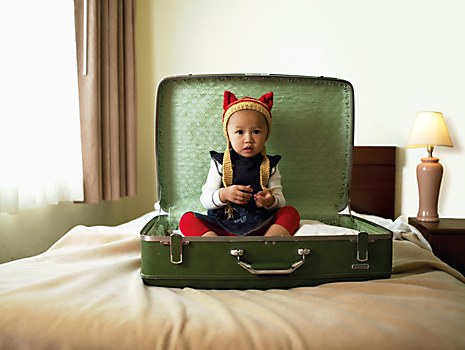 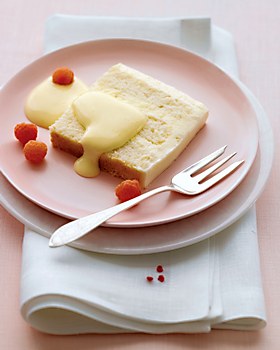 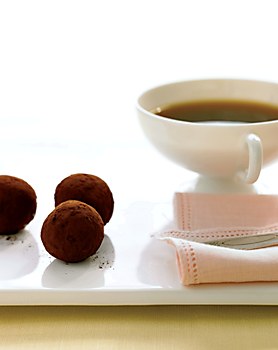 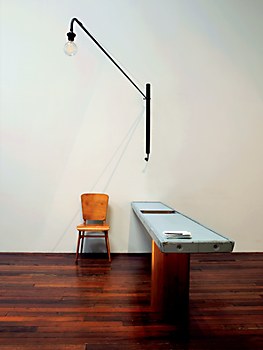 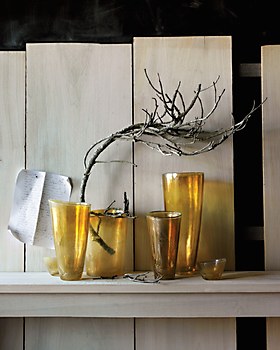 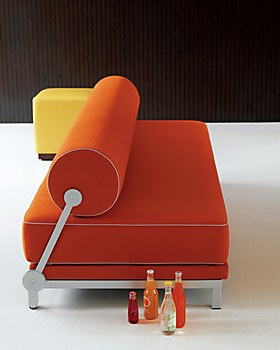 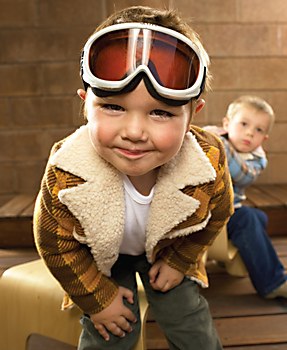 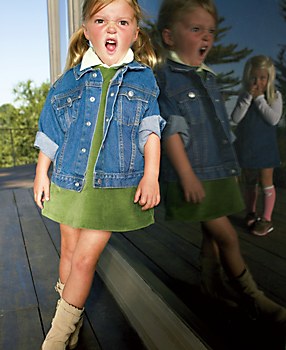 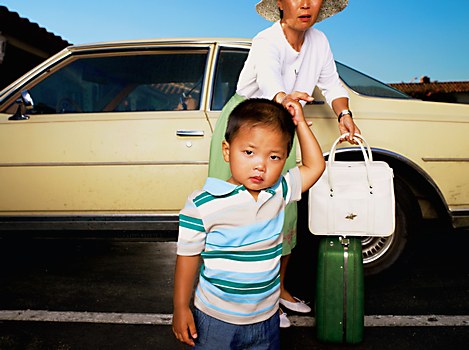 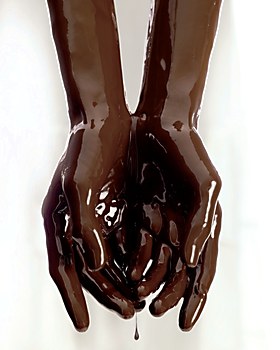 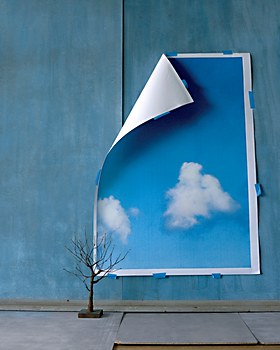 The journey from designer to photographer took 17 years and more than 3,000 miles. With her husband, Frankel moved to California in 1994 for an opportunity to be creative director for San Francisco’s venerable retail store, I. Magnin. Ironically, the store that first opened in 1876, closed before the year’s end in 1995 and Frankel’s departure turned into a two-year hiatus to care for their young son. After a couple years of freelance design, a new baby was on the way and Frankel thought it was time to start over. “I wanted my kids to see me doing what I loved the most, so they would know they could do whatever they dreamed of.” She made the bold move and used a lifetime of creating snapshots to produce the portfolio of still lifes she would show to Chronicle Books. The publisher was impressed and Frankel was given several book projects, including The Beauty Workbook, Baby Gifts and Funny Bunnies. But it wasn’t until Gymboree hired her to produce posters for the windows of their 500 stores that she developed a system of shooting. “I love to get assistants who are really excited with what we’re doing,” she said. It’s important for her to bond with her team, which now consists of two photo assistants, one digital assistant and a stylist.

GIVING LIFE TO STILL LIFE
Successful food photography is particularly demanding when the subject is a wet lump of breakfast cereal. For Kashi foods, Frankel and her crew made very tight shots of Kashi’s products—all natural and very brown. “I can’t tell you the mountain of food photographers we look through to find someone with the ability to give bran flakes or oatmeal some magic,” said Lynda Pearson, co-founder and creative director at Amazon Advertising. “It’s easy to shoot a chocolate cake, but to take a handful of wet oatmeal and make it pleasing and appetizing is really difficult. Laurie would step back and look at it with a painter’s eye in terms of composition, lights and darks and where the light was coming from.” Frankel’s photos were a success for the client because Kashi needed a style to carry through to all their products. “She was able to style and shoot something in a way that was both soft and hard, take that harshness of the reality away and then translate it into a style that was strong enough to be interpreted on television,” Pearson added.

Shooting food and still lifes for Martha Stewart Living, Martha Stewart Weddings and Martha Stewart Kids magazines again took Frankel in a different direction and into a world of beautiful props. She noted that the company finds the best ribbon with perfect form that reflects light or the best vase, whose sheen showcases its curves. The best of the best also includes getting extensive background information on the concept and the story for each assignment. “When photographers come in, we really put a lot of trust in them and we always give them so much respect and so much input,” said Bergren Rameson, senior associate style editor for Martha Stewart Weddings. “Laurie won’t instantly pick up the camera, but will walk around the subject and treat light as something she can really play with. [Her photos] have that feminine quality, a softness, but they’re also very clean and bright at the same time, which I really love.”

Though Frankel’s approach is contemplative, as much as she moves lights around and changes things, she often goes back to her first Polaroid—the instant reaction to what she sees. “When the digital world came about, it was the best thing for me,” she said. “You take the picture and you have enough information.” Besides natural light, she prefers a directional, simple light in her work and many of her images have a graphic feeling in form and composition.

A graphic sensibility is also evident in the work she admires, by photographer William Eggleston, artist Joseph Cornell and director Pedro Almodóvar. She’s drawn to the simplicity of modern interiors and conversely, to sixteenth- and seventeenth-century Dutch paintings. Like those ornate works, Frankel also constructs her compositions with extreme care, noting the subtle changes of light on each surface. It’s an enduring fascination, like the time she first realized she was visually aware: “I remember as a kid in first or second grade, when the teacher called on me, and I was watching how the light was hitting the falling chalk.”

AN EASE OF COLLABORATION
For those who have worked with her, Frankel’s quiet confidence and generosity to clients and creatives are often mentioned. Mal MacDougall describes her as someone without any ego and who doesn’t need any because her work speaks for itself. “She’s not a person who tries to take the spotlight in any way, shape or manner,” he said. “It’s very refreshing in this business; there are so many egos in the art world. She’s fun to work with and she’s just darn nice.”

In addition to her work, Frankel’s personality is a value-added aspect of hiring her. She has an unflappable nature and brings a calmness to the shoot, without the sense of impending catastrophe that oftentimes accompanies a commercial photo session. Of the muddy llama shoot, Satoko Furuta said, “We were knee deep in ‘stuff’ and freezing. I had hot air blowing inside the team van just to heat us and then we’d go out there again to freeze. Laurie has a really good attitude and I found it makes me not afraid to push [the photo] more, to move the camera; she’ll still be encouraging.”

That flexibility is how she balances her time between photography, her husband, Gary, and their two boys, Julius, 7 and Xander, 11. The men in her life have become another source of inspiration in her work because she finds them so funny. “I’ve started to bring more wit into my work and now I feel like I’m trying to be more playful,” she said, “even in still life. If you can add something that is funny and makes you think, it makes you a little bit more curious about life, and that’s something I would like to do.” ca 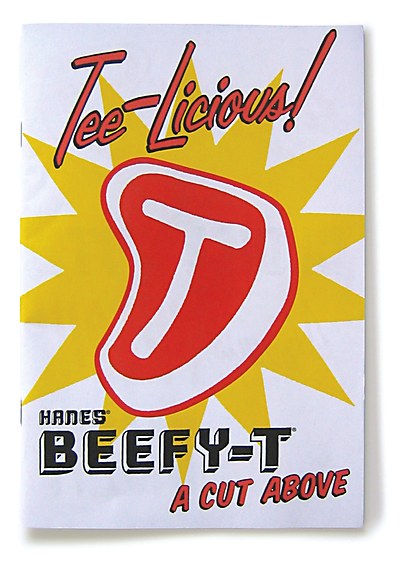 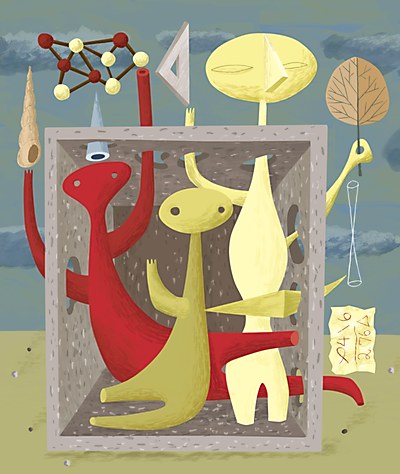