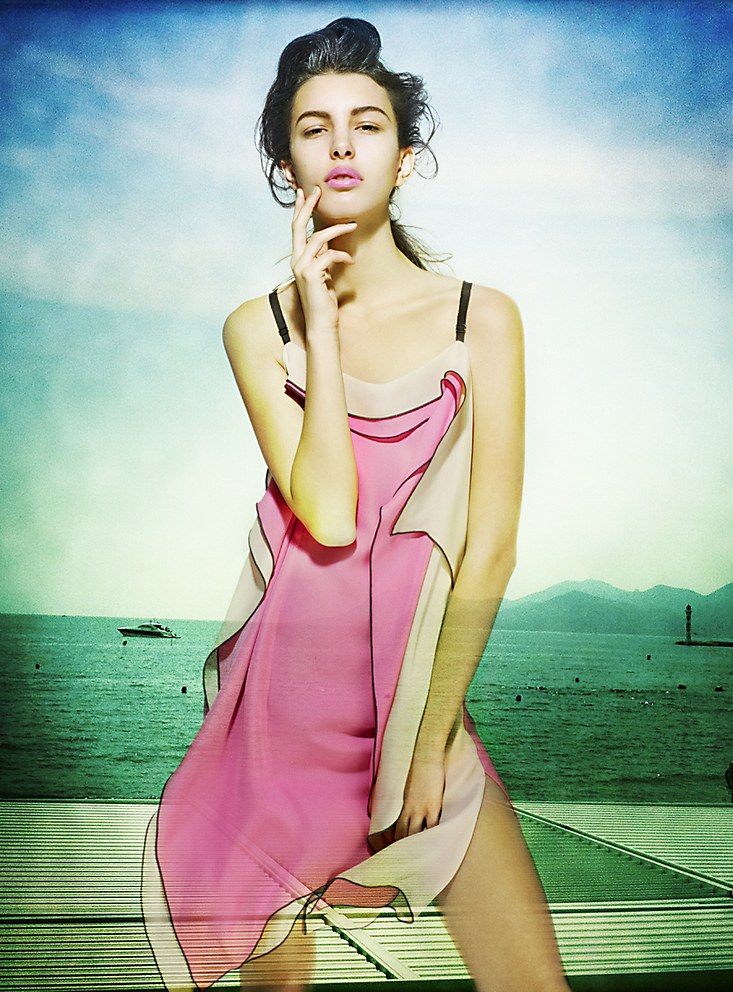 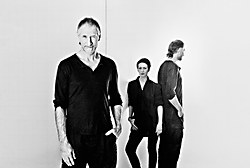 eda Montereali isn't exaggerating when she says that she and Pierre St.Jacques didn't know anything about fashion photography when they opened their studio in 2000.

Take, for instance, the day in 2001 when they shared their work with designer Nadya Toto, hoping to land their first legitimate fashion client. Upon meeting, Toto wondered: Who is their favorite stylist? 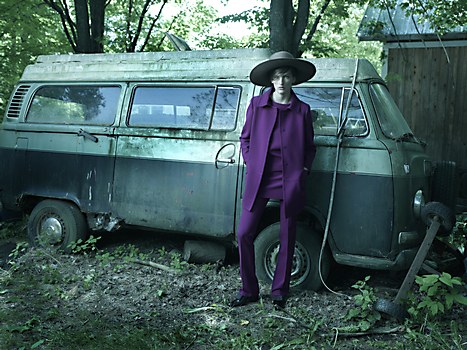 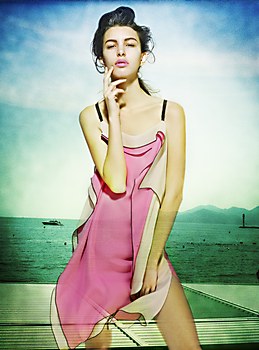 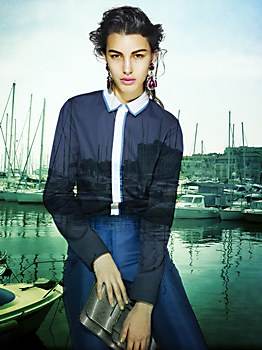 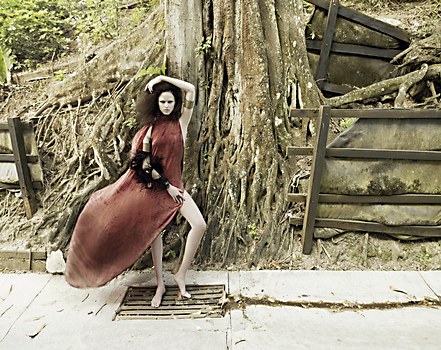 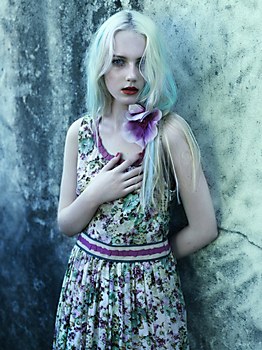 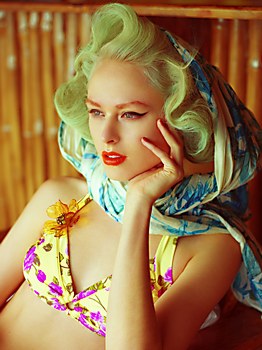 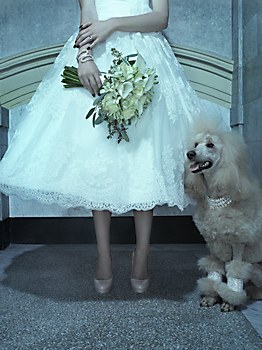 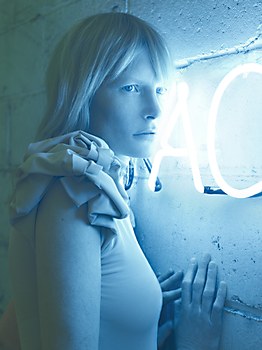 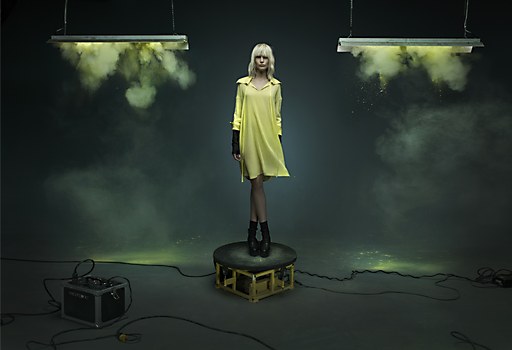 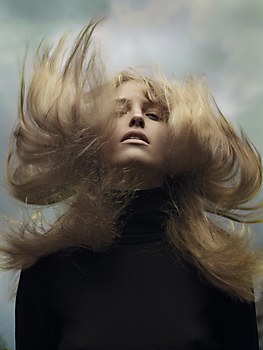 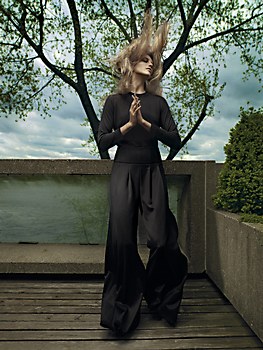 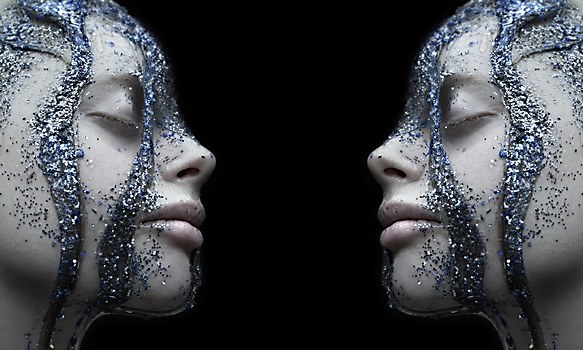 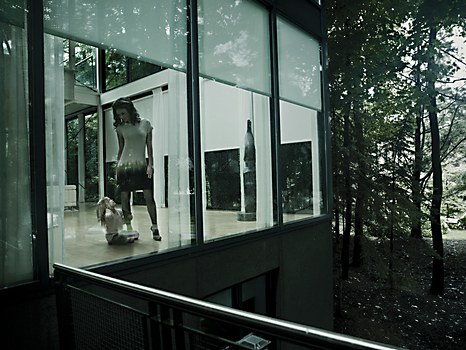 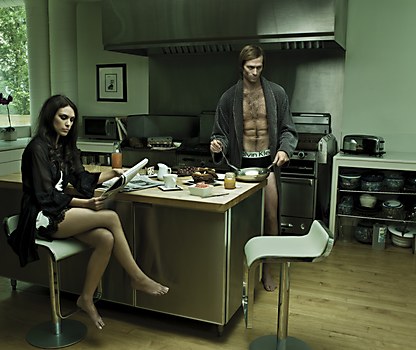 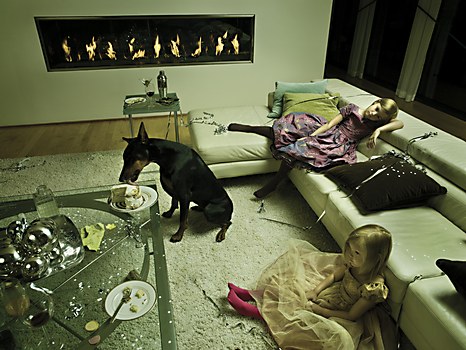 The Montréal photographers—entwined in life and work—go by Leda & St.Jacques. Leda rarely uses her last name, St.Jacques rarely his first.

They met when Leda was a student at La Cité Collégiale in Ontario. Eighteen years his junior, she took a class St.Jacques was teaching. By the time Leda completed her visual art degree from The University of Ottawa, they were devoted to sharing their lives. Leda suggested: Let's try our hand at fashion.

As a photojournalist with Black Star, St.Jacques had spent his career documenting the world's inequities—from the slums of Brazil to Haitian orphanages—plus a dignitary or two, like the Queen of England. "As a photojournalist, you see misery most of the time. When I met Leda, I was ready to change because I was tired, but I knew nothing of fashion."

What he did know was light. Even off set, it pervades his life. If St.Jacques is talking to you, and the light hits in a way that doesn't please his eye, he'll move around you until it does.

When he began shooting in his twenties, he discovered that he could be captivated by a ray of light. "When that began to happen, I understood that, for the rest of my life, I would never be bored. You see time in light. For me, light is everything, it's life."

And yes, the Québécois shooter does speak in little prose poems. "He's very gentle," says client Steeve Lapierre, vice president of marketing for the Montréal fashion retailer Ogilvy. "He puts his hand to his ear to make sure he doesn't miss a word of what you're saying. It makes you feel like there's nothing more important than what you have to say."

Petite, where St.Jacques is towering, Leda is a spark-plug pistol from Rome. Communicating with a free and funny irreverence, she alights briefly on topics of conversation before flitting to the next. And while she might have a keen eye for clothes, keener still is her appreciation for how monumentally absurd it often is to be a member of the human race.

She relishes the farce that is life. That sensibility emerges especially in the couple's provocative photo essays. Daddy's Little Girl, for instance, juxtaposes two extremes of the flesh—the unattainable, modern ideal of the feminine form versus frankly grotesque, male corpulence—letting the chips fall where they may.


Early on, the couple introduced themselves to Montréal with a self-promotional Christmas greeting. Models with chalk-white skin, black eye makeup and demonic stares wield chainsaws (the better to cut down Christmas trees). In one shot, a messed-up model with bee-stung lips and smeared mascara looks ready for rehab. Zombie rehab.

"It was a milestone," says St.Jacques. "Everyone wanted to know, who are these weird photographers Leda & St.Jacques?"

A 2003 installation expanded that notoriety to the public. In the windows of a downtown building, they placed 153 portraits, 4' × 6' each and printed on a material that permits people to see out and light to pass through. The subjects, "real people" versus models, represented Montréal's demographic makeup. The fourteen-story building they chose resembles the plastic sleeves in which photographers used to store slides.

Today, "these weird photographers" have worked with ELLE, adidas, Aldo, L'Oréal, Air Canada and Molson and collaborated with agencies Publicis, Havas, BBDO and Y&R, among others.

While they've continually evolved to meet the industry's demand for reinvention, no aspect has changed more dramatically than their lighting.

In their earliest images, light is present and precise-and very beautiful. It's something like oil paint on canvas. Thick dollops of the stuff sculpt the contours. But in fashion photography, which uses the models' movements to show the clothes, the approach was limiting. "Today, the light is still important," St.Jacques says. "But it's invisible. That's the ideal situation—that you look at the images and forget about the light."

The equilibrium they found, a balance of light and motion, manifests clearly in an image for designer Sophie Theallet: A model looks over her shoulder, caught mid-step. Her skirt whips behind her, a cloud of fabric and fluidity. The light is every bit as sculptural as the earliest images, only here it sculpts motion.

For clients, Leda & St.Jacques' collaborative, open style is as valuable as their technical versatility. These are not image-makers who impose their vision from on high.

"Design is an artistic expression," says Marie Saint Pierre, whose clothing, with magnificent incongruity, is both avant-garde and wearable. "So is photography. With some photographers, it could be a competition between one another. Here, it's about artists meeting and making something together."

The couple recently shot a Saint Pierre video for Fall/Winter 2012, a collection of primarily black garments with measured bursts of yellow. The scene, featuring a baby and a model, projects a dark, industrial interpretation of the Madonna with child. At one point, a puff of yellow powder explodes from nowhere, juicing up the moody vignette with a hit of cinematic caffeine. "It's very abstract," says Saint Pierre. "It's not there to teach you something. It's there to make you feel something."

Leda & St.Jacques would agree, encouraging you not to get too precious about the meaning and metaphor in their work. It's one of the couple's most attractive qualities. They take their work very seriously. But they don't take themselves seriously.

Which helps explain why they were surprised by the uproar over their images for online fashion retailer SSENSE. In the series, a model and dog engage in what could be best described as mock bestiality. The scene is absurdist, thrown together at the eleventh hour, when the client arrived to announce that he wanted to shock. Leda & St.Jacques looked around: The assistant stylist had brought her Great Dane to work that day. Someone located a jar of peanut butter.

The model was game. The public, alas, was outraged.
When I am with Leda, I am in the background, because she just shines. She just shines." —Pierre St.Jacques


"It was almost like we had killed someone," says St.Jacques, still rattled. Yet, not to the core. In 1998, St.Jacques photographed the bodies of deceased orphans in a Haitian morgue.

In other words, indignity in death is shocking. Abject poverty is shocking. But a dog kissing a girl? For a fashion spread? In the grand scheme of things, the world seems to offer atrocities more worthy of indignation. (The client, incidentally, was thrilled with the controversy.)

If they had time, Leda & St.Jacques would probably deploy their sense of satirical comedy to tell more stories along the lines of Lust for Life, a sendup of the arrangements that old millionaires and their young girlfriends strike.

This May-December romance, however, plays out where no millionaire would dare to tread: a destitute nursing home. In one scene, a model frolics with her septuagenarian lover, pushing his wheelchair, presumably to his room. In another, she sits on a table in a recreation room, locking eyes with her lover, smoldering and angry-sexy. Elderly residents sit around them, chewing their gums, paying no mind.

Daddy's Little Girl is light and explicit, but Leda & St.Jacques can do ambiguity like nobody's business.

For designer Philippe Dubuc, they manage to communicate the transformative power of clothing by leaving it out of the equation almost entirely. In the first of a series, a filthy, concrete warehouse is empty but for several pairs of high heels. In a second image, the shoes are still there. Only now, models wear them. Dubuc, barefoot in the center, is the only fully clothed figure.

"The idea is that each collection is a rebirth," says Leda. "The clothing is a new skin."

With nude figures assembled around their fully arrayed maestro, the photograph calls to mind Manet's Déjeuner sur l'herbe [Luncheon on the Grass]. In that case, the depiction of a nude woman—picnicking with two clothed men and staring unashamedly at the viewer—scandalized society in 1863.

Leda & St.Jacques would probably find the art historical reference interesting. But if they were thinking of Manet at all, it wasn't conscious. And that's just it.

"In fashion, it's a moment and then it's gone," says Leda. "It's a feeling. You feel that the hair and makeup should be this way. And when you work with good people, they know the feeling, too. It's not mathematics. It's not one plus one is two, no. It's a feeling."

A little bit like that burst of yellow powder. Poof. And then it's gone. ca 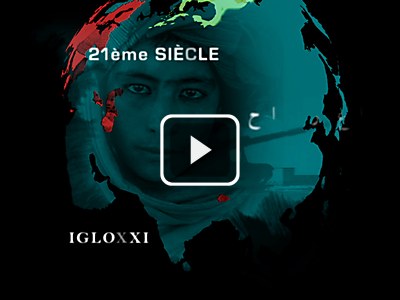 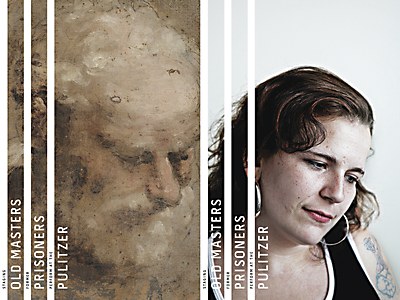 Features / Design
TOKY
Not purely a design studio, TOKY also loves the quantifiable side of branding—and truly believes in teamwork.