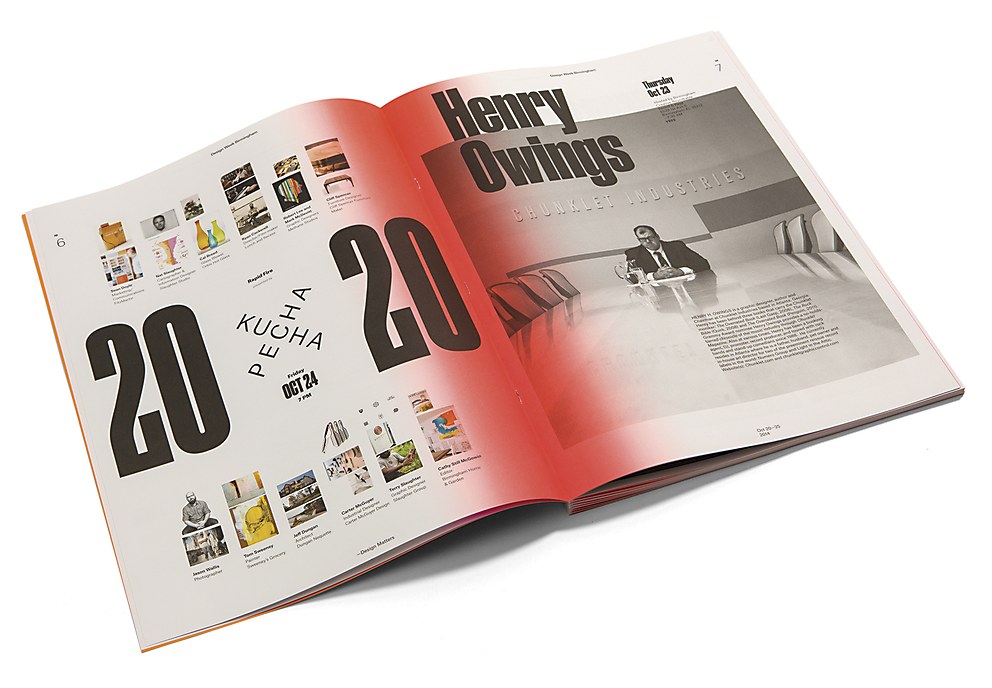 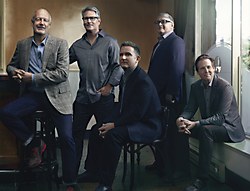 After spending a few days in September at Lewis Communications’ Birmingham headquarters, I came away convinced that it was the healthiest agency environment I’d ever encountered. The level of mutual respect and devotion found at this 63-year-old company is profound. In interviews with people at all levels, from president and CEO Larry Norris to relative newcomers such as associate creative director Cana Grooms, I found people genuinely happy to be there, free of the politics and hierarchies that frequently diminish the quality of work at large creative service companies. What kind of agency was this, anyway?

My experience reminded me of the philosophy of Deanna Kuhlman-Leavitt, founder of and executive creative director at Kuhlman Leavitt Inc., in St. Louis, whom I profiled for CA in January 2004. She described three prerequisites for good relationships: compassion, kindness and respect. “If you lead with your humanity,” she said, “good ideas will flow from it. And good ideas lead to work that connects with other human beings. It’s really that simple.”

Simple is never easy, especially with organizations as big as Lewis, which employs more than 100 people in its Birmingham, Mobile and Nashville offices and brings in annual revenues exceeding $100 million. Lewis leadership prioritizes quality of work over profit margins and people ahead of all else.

“When I speak at industry conferences about our agency, I tell them the way we do things today is similar to the way I was taught as a boy,” says Norris. “I believe in people and their potential for good. I put my trust in them. I don’t know how to do it any other way.” Adds Spencer Till, executive creative director and senior vice president, “We like each other here. Our business is about building friendships and enduring relationships. The culture of our agency is merely a reflection of the work we do.”

LEADING BY EXAMPLE
Norris graduated from the University of Alabama in 1974 with a BA in graphic design and a minor in advertising. He started his career at Lewis as the production/traffic manager. “Basically, I was the runner.” Norris soon outgrew the position. By 1987, he was the agency’s creative director.

In 1987, Norris, then 36, hired Till, then 28. They worked in Mobile for a year and a half, then asked John Lewis, son of founder Jack Lewis, to let them move to the agency’s three-person satellite office in Birmingham. Another leader might have perceived such a request as disruptive or disloyal. But John Lewis agreed without hesitation. To this day, his family’s name remains on the door largely due to that choice.

“Rather than wish us well and let us go, he chose to embrace change and keep us,” says Till. “His decision set a precedent for the need to accommodate personal growth and new ideas. We have followed his example.” Lewis’s investment in trust paid off: within a few years, Norris and Till had quadrupled the Birmingham’s office size and billings. 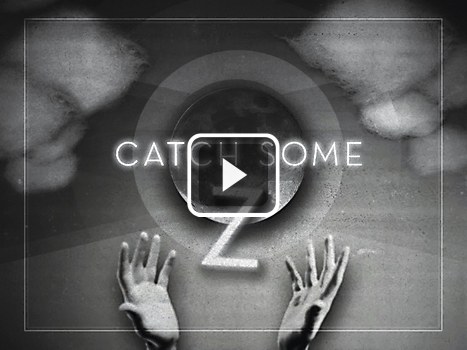 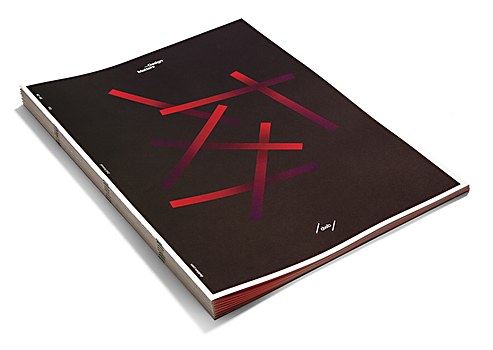 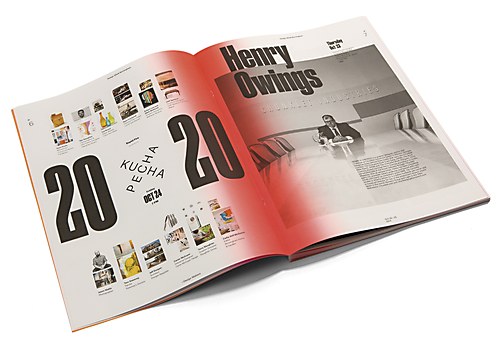 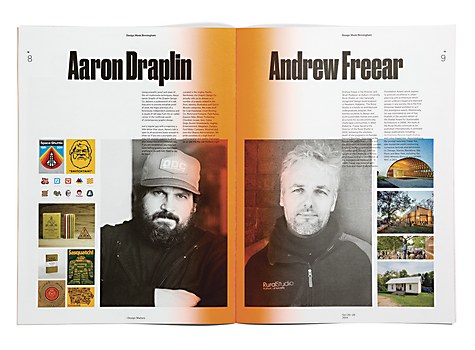 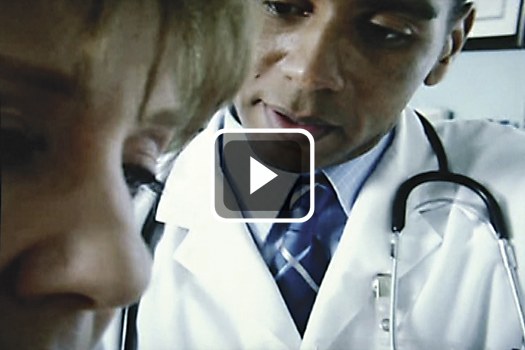 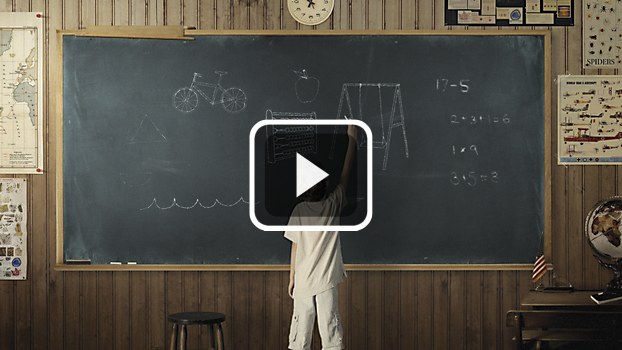 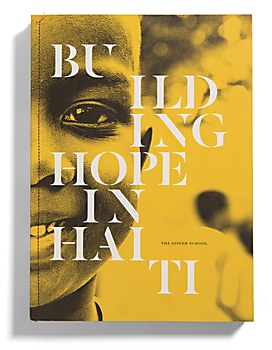 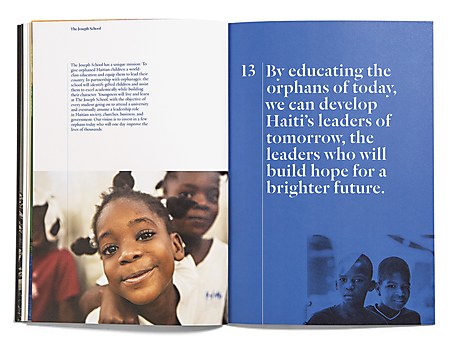 AN INCLUSIVE VISION
Till was in the seventh grade when he decided to go into advertising. His dad, an accountant, had a client at one of Birmingham’s leading agencies. Till would visit the agency after school to listen and learn. “Even as a tenth grader, one thing puzzled me about their process: art directors and writers were excluded from the research process. It didn’t make sense to me. How could you make ads if you didn’t have a deep understanding of the client?” At the suggestion of one researcher, Till later minored in psychology at Auburn.

After college, Till started his advertising career in Atlanta. Two years later, he joined a leading Birmingham firm. He gained invaluable experience, but also recognized that his own vision differed from their practices. As in most traditional businesses, billing concerns and hierarchy drove decision-making. Great ideas died in internal committees. Till imagined a creative management process in which the creative team’s opinion mattered—where innovative creative directors were included in the process, from beginning to end. At Lewis, he found it.

LAND OF OPPORTUNITY
“Ten years ago I figured I’d blow into Birmingham, build up my portfolio and move on,” says Stephen Curry, one of four creative directors at Lewis Communications. At that time, he equated success with more renowned ad agencies. “If you had told me then that ten years later I’d still be here and that I’d have a hand in more than 90 TV spots produced on four continents, I’d have said you were nuts.”

Lewis first made him an offer in the late 1990s, but Curry declined because the agency “wasn’t ‘famous’ enough.” Instead, he moved to Hill Holliday in Boston, where he struggled to land meaningful opportunities. In 2003, at age 40, he left Boston and started freelancing from his parents’ house in Metter, Georgia (population 4,100). In 2004, Lewis called again. Curry didn’t miss his second chance—and has never regretted it.

Curry and the other three creative directors at Lewis give Spencer Till the credit for the consistency and quality of the agency’s output. Outsiders agree. Keith Dezen, a freelance executive producer based just outside Boston, has worked with some of the best creative directors in the country, including Ron Lawner. He ranks Spencer Till among them. “Simplicity is the best way to communicate, and Spencer knows that. He will watch a rough cut, then say, ‘Play that again,’ then say, ‘Have you thought about flipping the third and fifth shots?’ And boom! It’s 300 percent better.”

THE BIG DIG
At Lewis, Till built the process he envisioned early in his career: creative directors have the last word on everything clients see. Account managers are integral, but their role is to support the creative product. Every team member participates in the Dig, a research process that takes them “to the factory floor” to meet the client’s directors, vendors, customers and staff. The Dig takes time and money—but Lewis clients accept this going in. “It is essential to gaining a deep understanding of the personalities, culture and values the client hopes to convey to its customers,” says Till.

We like each other here. Our business is about building friendships and enduring relationships. The culture of our agency is merely a reflection of the work we do.”—Spencer Till

When the research concludes, team members are asked to ignore anything that would inhibit their imaginations, especially costs. “Any idea, no matter how crazy, can be presented to the client,” says Till. “No decision about how and where the work is run is made merely to increase media spending or add costs to the agency’s invoice. In fact, media is not marked up here, so clients know when we ask them to spend more, there is no question of ulterior motive. If we recommend it, we believe it.”

Vanderbilt University has been a Lewis client since 1996. Jill Austin, assistant vice chancellor for strategic marketing and chief marketing officer at the university, says, “We believe what we do is not so much work as it is a calling. People at academic medical centers want to make a difference in the lives of others,” she says. The people at Lewis not only understand that philosophy, but also share it. “They assimilate our values and return with ideas that manifest them in stories that connect with our target audiences. Some ideas are traditional. Others push us to the edge and force us to think about better ways to communicate the depth of passion—how our work impacts real lives.” And that, she says, is the definition of innovation.

ROLES, NOT TITLES
Lewis’s hierarchy is flat. “There are roles,” says Roy Burns, creative director in the Birmingham office, “and the creative directors must make decisions. But we work to cultivate an environment where everyone is encouraged to speak up, share and challenge every member of the team.” At Lewis, no one has been fired for following his or her instincts.

However, a few Lewis employees have quit—and regretted it. Burns left the agency in 2000 for Razorfish in New York and then Stoltze Design in Boston. He returned as senior creative in 2007. Ryan Gernenz, currently associate creative director, left Lewis twice—and was rehired twice. Gary Brandon was a top strategist at Lewis who helped open the Nashville office in 1994. He left in 1997 for rival agency Slaughter Group before joining Alcott Routon, a data analytics company, some years later. In 2009, he was thumbing through a copy of Communication Arts when he realized how much he missed the creative arts. “I wanted back in—and I knew I had to swallow my pride and call Spencer.” Norris and Till welcomed him back.

Other staffers are thankful for Larry Norris’s encouragement. Twenty-one years ago, Nashville-based creative director Robert Froedge accepted, then declined, an offer from Norris. “I lost my confidence. I felt I wasn’t up for the job, so I called Larry on his car phone and told him he’d made a mistake.” Norris was 100 miles from Nashville, driving to Birmingham. He turned around and persuaded Froedge to reaccept the offer. “The debt of gratitude I have felt for that U-turn on I-65 more than 20&nbsp;years ago is impossible to overstate,” adds Froedge.

Account supervisor Val Holman has worked at Lewis for seventeen years. She tells a moving story: “Ten years ago, I learned on a Friday that I had an aggressive form of breast cancer. My doctor ordered a mastectomy on Monday. I had stacks of work on my desk, and I knew I’d never get to it.

I offered Larry my resignation, but he refused it.” After her chemo ended, she was visiting the office one day wearing a head scarf. “Anyone who’s gone through chemo knows it is hard to know when your hair is long enough to show it to people. As I was adjusting the scarf—it itches as hair is growing in—Larry saw me and said, ‘Just take it off, Val. It’s fine.’ His kindness and understanding helped me push beyond chemo and cancer and to stop being self-conscious about the new me and my bald head.”

Lewis proves that great advertising is not about billings, size, location, or media or production budgets. It’s about understanding people and building relationships. It’s about keen listening and good storytelling. Lewis Communications’ employees believe that they are doing the best work in agency history. That might be true; but if Lewis’s future generations remain true to the vision and values of Larry Norris and Spencer Till, there’s a good chance they will be saying the same thing.

“When someone gives you a second chance to do the best job you’ve ever had, you become profoundly grateful,” said Gary Brandon. “I’m not just with Lewis—I am for them.” And if you don’t feel that way about your agency, Stephen Curry has a suggestion: “Don’t look for a great agency. Look for an agency where you can be great.”

He did. Gary did. Val did. Roy did. Ryan did. Robert did. And they’re doing great. ca 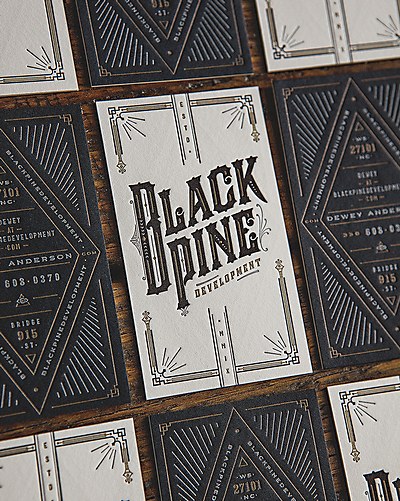 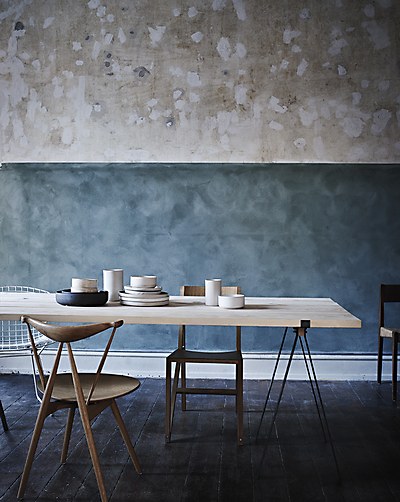 Features / Photography
Ditte Isager
A photographer returns to Copenhagen to capture food and interiors in her distinctively northern light. 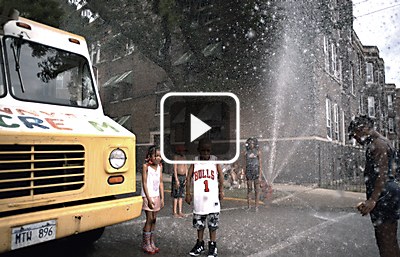