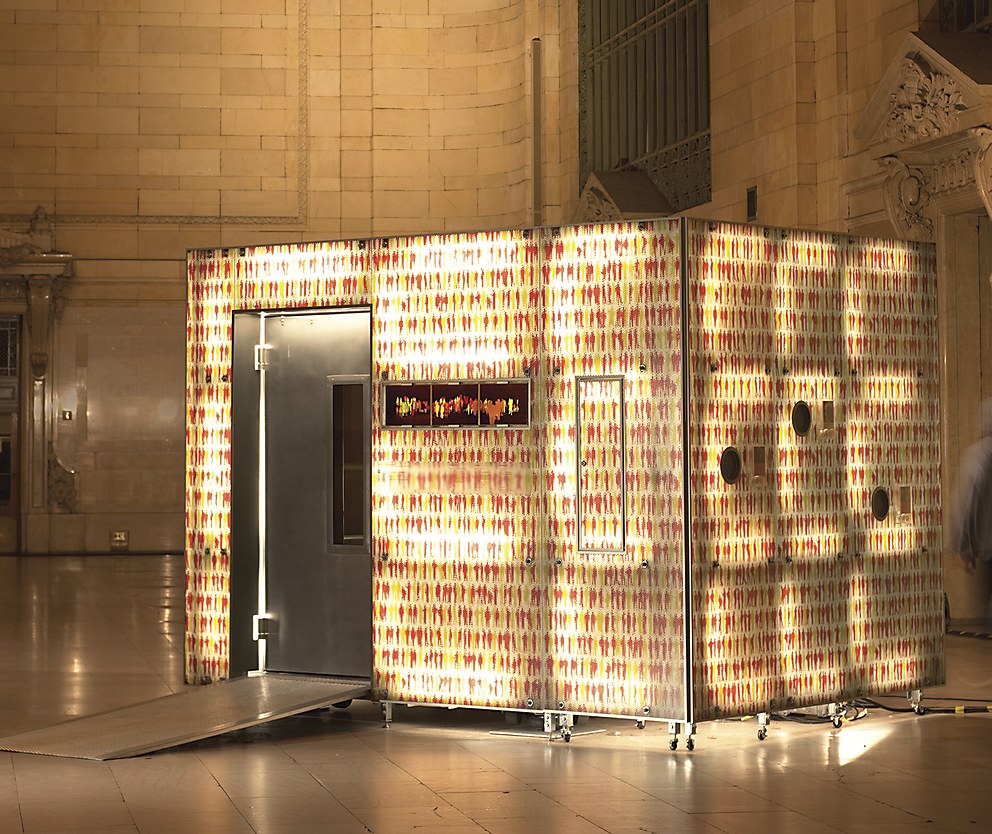 Visitors who entered the Cleveland Museum of Art in January 2013 couldn’t miss the 40-foot Collection Wall. But they probably missed why the museum world was about to flip out over it. With the help of New York design firm Local Projects, the museum was debuting Gallery One, a technology-infused experience designed to excite the general public—even the art-averse—about exploring works of art.

It’s not just that Gallery One is beautiful or that it’s the largest multitouch screen in the United States. It’s who gets to decide what goes on it. In museums, the job of selecting artwork normally falls to curators. In this case, not so much. Here, visitors get to pick whatever they like, for all to see. They can make traditional choices, like a time period or a particular artist—or do more whimsical things, like display only circular objects or ones that are blue. The inmates, in other words, are in control of the asylum, and it works just fine.

“It’s a different approach that really gets you connected with art,” says Local Projects founder and principal Jake Barton. “You see what others see and can make serendipitous connections between disparate works of art.”

CHANGING THE MUSEUM WORLD
Today, the 50-person firm arguably holds the coveted title of most sought-after museum media design agency in the world. From a utilitarian studio on 39th Street at the edge of Manhattan’s Garment District, Local Projects builds everything from interactive installations and mobile apps to projection maps and collaborative storytelling experiences. Not everything is as participatory or groundbreaking as the Collection Wall, but the agency has built a reputation for an innovative approach, as evidenced by its work for SeaWorld, the National Museum of American Jewish History and the National September 11 Memorial & Museum. Barton’s even done a popular TED talk, which is largely about how Local Projects uses technology to enhance and mediate visitors’ emotional experience of events such as the World Trade Center tragedy. 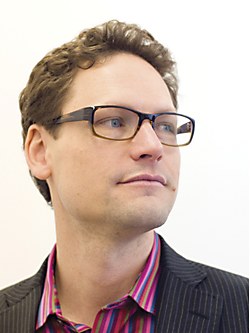 ever, didn’t come overnight. When Barton founded the firm in 2002, he had few takers for his radical ideas. “The idea that you could interview an audience or crowd was quite revolutionary,” he says. “I’d have red-faced curators yelling at me that I was saying anyone could put anything in a museum.”

That wasn’t his point. Barton didn’t want to change how museums worked, he simply had a different perspective on them. Originally, he was an architect who specialized in interior spaces. In addition to working on museum exhibitions, he had also worked in theaters. There, he had become intrigued by the documentary theater of Anna Deavere Smith. Instead of using a traditional script, she would interview witnesses to a tragic event and perform shows in which she re-created their voices.

At the time, Barton knew museums were trying to figure out what to do with technology. They were building kiosks, tables and other installations. Typically these productions had an authoritative voice and sought to provide information and context around an exhibit. The results could be excellent, but often you ended up with a standalone piece that everyone ignored on their way to the Picassos.

Barton saw a missed opportunity. Museums are fundamentally social. You go to them with other people and look at exhibits in the company of others. Although technology can provide additional information, it can also surround you, help you connect with others and enhance the entire experience. Just as Smith brought ordinary voices to the stage, Barton wanted to bring visitors’ perspectives to the museum. “Nobody wants to reinvent art museums,” he says. “People love art museums as they are. We want to use media for what it’s good at: telling stories or revealing connections that weren’t seen before.”

Line and Shape, one of the smaller installations at the Cleveland Museum of Art, demonstrates Barton’s idea. A touchscreen beckons you to doodle and in turn serves up images of artwork in the museum’s collection that match the pattern you’ve drawn. Don’t get why it’s cool? Art museums can be intimidating if you’re an adult and boring if you’re a kid.

Imagine you’re seven years old and going to the museum for a snooze fest with Mom and Dad. You walk up to a flat screen and draw something. Suddenly it tells you some famous artist had drawn the same thing. Now you’ve got a treasure hunt on your hands to find the artwork so you can save it to the museum’s mobile app and take the image home with you. Heck, you might even become an artist yourself. 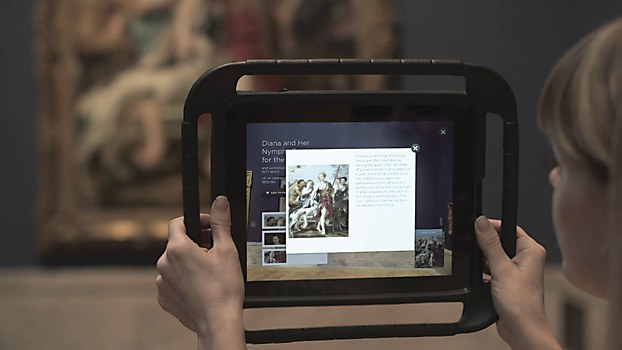 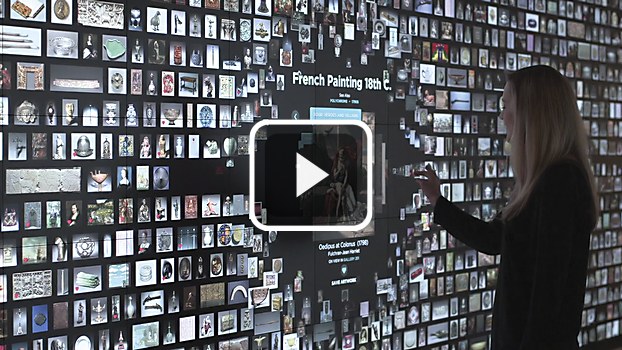 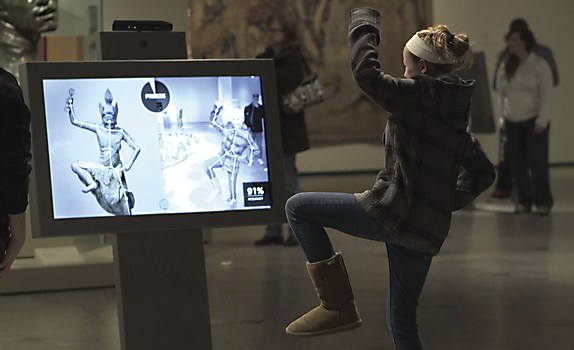 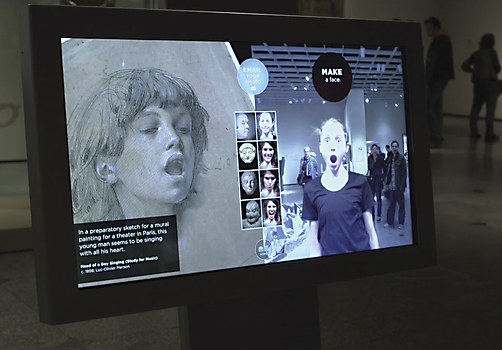 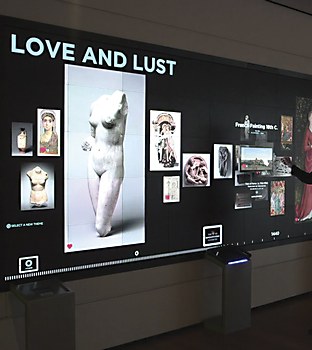 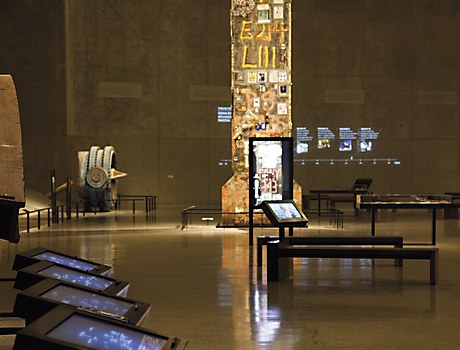 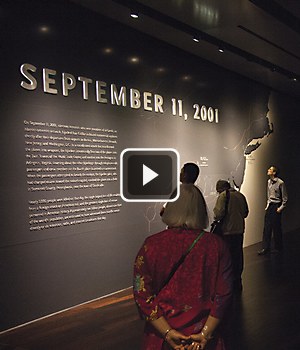 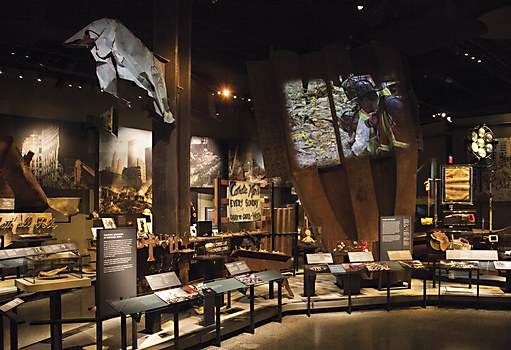 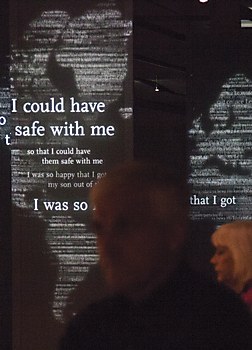 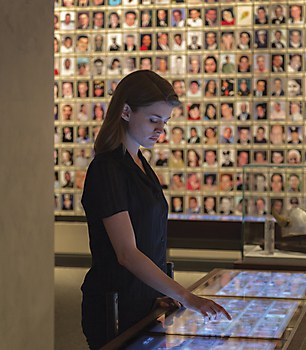 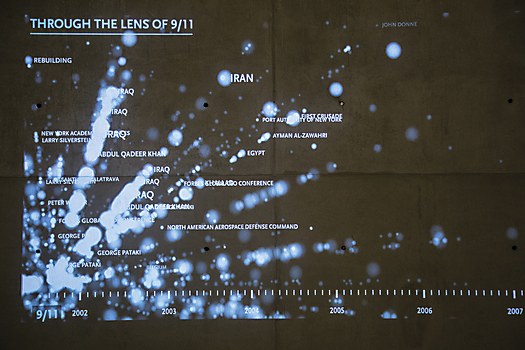 A MANIA FOR PROTOTYPES
Local Projects’ central challenge is that everything it does is unique. How do you design for a bigger touch wall than you’ve ever seen? How do you know if a facial recognition kiosk will be fun for kids? Or if your presentation of a tragic event will be too much or not enough? And most important, how do you convey this to your client, who has to put up the cash to make it happen?

Local Projects gets around this problem in two ways. First, according to Jane Alexander, chief information officer at the Cleveland Museum of Art, Barton is equal parts convincing and flexible. “Working with museums and nonprofits, everyone has a strong opinion,” she says. “There are always tough discussions. But Jake is good at listening, coming up with a solution based on what he’s heard and then winning over people’s concerns.”

When that fails, there are always prototypes. Local Projects builds mock-ups very early in a project. The mock-ups can be video fly-throughs, PDF flipbooks or even just a few pieces of paper stuck on a wall. The only requirement is that they give a sense that the experience will work.

Sometimes, of course, they fail. For a project at the National September 11 Memorial Museum, for example, Local Projects tried more than 20 different visual approaches before discovering one that worked. And that’s fine.

“Lots of ideas die really fast,” says Barton. “But we’ve also had cases where big ideas, really core ideas, end up being embraced because clients could see them, understand them and believe in them in a way they couldn’t in the abstract.”

Nobody wants to reinvent art museums. “People love art museums as they are. We want to use media for what it’s good at: telling stories or revealing connections that weren’t seen before.”

DESIGNING CATHARSIS FOR 9/11
If you want to get a sense of the full range of its capabilities, you could do worse than the National September 11 Memorial Museum. Together with Thinc Design, Local Projects spent seven years creating nearly a hundred media pieces, many of which are an inescapable part of a visit.

For example, you enter the museum through a hall-sized exhibit called We Remember. Intended to refocus visitors on the event, it began as an archive of more than 7,000 remembrances recorded by people around the world. Local Projects listened to all of them and edited 500 of them (in 28 different languages) into a gently overlapping soundscape that shows just how far-reaching the tragedy was. “It gives you a sense that this was truly a global event,” says studio director Tiya Gordon. “One third of the people in the world heard about it the day it happened.”

Throughout the museum, you continue hearing about 9/11 from the public and not from a curator. This was a conscious decision the museum made early on. “We wanted to be purposeful from the beginning,” says Amy Weisser, vice president for exhibitions at the museum. “9/11 is not over, and the museum has to continue to evolve.”

A good example of this evolution is In Memoriam, a collaborative storytelling piece designed to commemorate the nearly 3,000 people who lost their lives that day. On the outside of the exhibit, a projection displays photos of the victims, and interactive tables reveal short presentations about their lives. An inner chamber, or theater, also shows the presentations.

At the tables, you search and sort by numerous categories, such as firemen or employees of Cantor Fitzgerald. Whenever you bring up an individual, you hear about them from stories told by their loved ones. If you find one particularly moving, you can send it to the inner chamber for others to watch. In this way, people at one part of the exhibit mediate the experience of those at another part.

Working with museums and nonprofits, everyone has a strong opinion. But Jake is good at listening, coming up with a solution based on what he’s heard and then winning over people’s concerns.”—Jane Alexander

Not everything Local Projects did for the museum is social in this way. Some of the museum’s most intense experiences can be found in the four alcoves that tell what happened inside the doomed planes and buildings. Here, the presentations are narrative and spare. The one devoted to Flight 93, for example, has only a single image: an informational graphic of a plane. But it’s incredibly intense. You listen as the hijackers announce they have a bomb. You read transcripts from the cockpit voice recorder. You hear messages left on voicemail by concerned passengers. Shortly before the plane goes down, a flight attendant calmly leaves her last words for her husband and children. It’s not surprising that a tissue holder sits at the alcove’s exit.

Given its emotional nature, the museum attracted plenty of controversy. Finding the right tone for the pieces required hundreds of meetings and forums with groups ranging from victims’ families to the Arab American community. (And not for the reason you might imagine: the area around the buildings was once an Arab American enclave.) Even Barton, who is usually able to find a middle ground with the stakeholders in any project, admits that finding a compromise here, among the very legitimate points of view on all sides, was impossible: “We’d have one family who says, ‘Don’t make this traumatic,’ while another stands up and says, ‘This needs to be a raw, difficult experience; people need to know just how difficult it was.’ We couldn’t make both those parties happy,” says Barton, “so we focused on authenticity and making a story that does justice to the events.”

Perhaps it is some consolation, then, that the museum allows for the story to continue. If people want to, they can record remembrances at sound booths in the museum, and some of these recordings end up in exhibitions. In addition, an installation called Timescapes charts the ongoing impact of the event. It continually scrubs news outlets and incorporates any additional references it finds. Every time you visit, you’ll see that its records have been updated.

THE FUTURE
Based on its exhibits memorializing 9/11, Local Projects became a frontrunner for the country’s next big museum opening: the National Vietnam War Museum. Yet the firm declined to answer the request for proposal. As Barton says, “One day, I came home and my wife looked at me and asked, ‘What’s wrong?’ I told her I’d spent half the day on September 11, two hours on global warming and two on the Holocaust.” The agency needed a break.

Instead, it’s embracing a new set of projects for clients. A particularly interesting one at the Tech Museum of Innovation in San Jose puts biometric sensors on visitors for them to wear around the museum. After they leave, they can view data about how they learn. The firm has also branched into corporate work and is creating a digital concierge service for visitors to the upscale Brookfield Place shopping center in New York City.

Whatever Local Projects does, you can expect it to push conventions and help participants forge deeper connections with the worlds hidden around them. ca 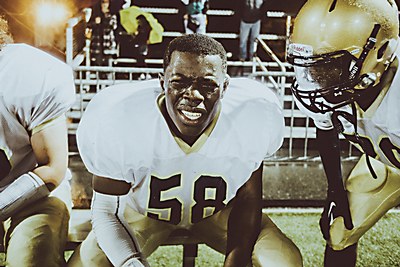 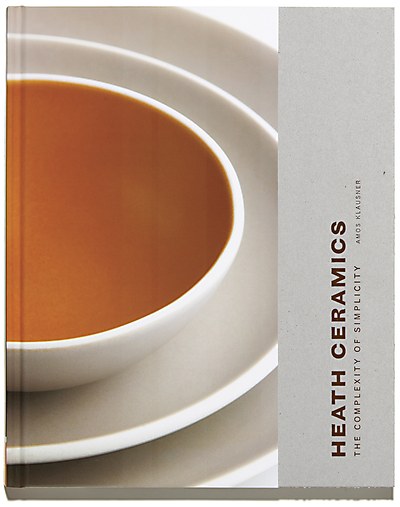 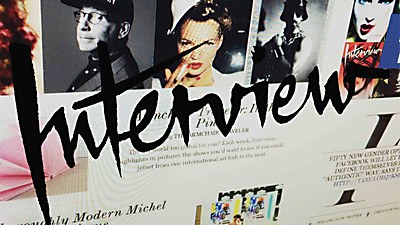