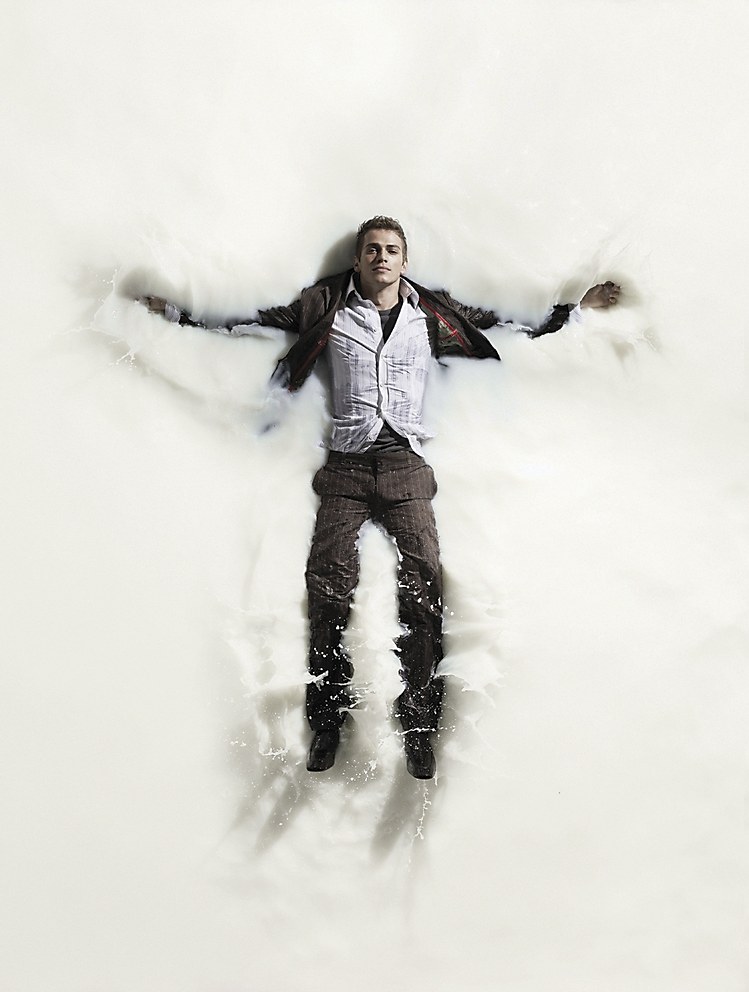 Mark Zibert studied applied photography at Toronto’s Sheridan College. After graduation, he assisted a few photographers. But his big break came early, in the form of a voicemail. 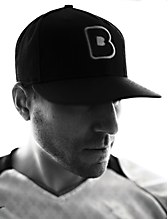 At an office Christmas party for Toronto-based company Metro Mechanical, an employee with a thick Slovenian accent managed to corner 22-year old Mark Zibert, the boss’s son. “What is this taking pictures thing?” he wanted to know. “You have construction, Mark.”

As Zibert recalls, his Slovenian-born dad, owner of Metro Mechanical, had him working from the time he was walking. In high school, Zibert did an HVAC apprenticeship at the company, where he caught zero breaks for being the boss’s kid. If Zibert got there late, his dad sent him home. The expectation was that he’d take over the company.

So, no, Zibert didn’t have an Art Dad who built him a basement darkroom. What he gave his son instead turned out to be far more valuable: Zibert’s work ethic is practically legendary. It’s the first thing people mention about him.

He studied applied photography at Toronto’s Sheridan College, where he met fellow student Sandy Pereira, now his wife and herself an award-winning force in photography. After school, Zibert assisted a few photographers. But his big break came early, and in the form of a voicemail on his parents’ answering machine. It was Israel Diaz, senior art director at Cossette at the time, calling with a rhetorical question: Would Zibert be interested in a Nike campaign?

“There was such a maturity about his work that I didn’t realize he was only 23,” says Diaz, who is today executive creative director at David & Goliath, Toronto. “When I found out, we were like, is this going to be a bit of a gamble?” His decision to go with Zibert paid off, yielding an award-winning, buzz-generating campaign, not to mention a friendship and working relationship that’s lasted nearly a decade. 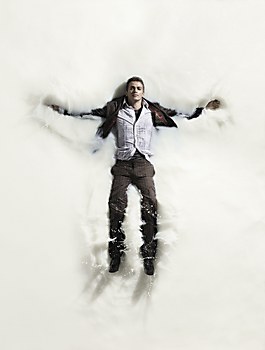 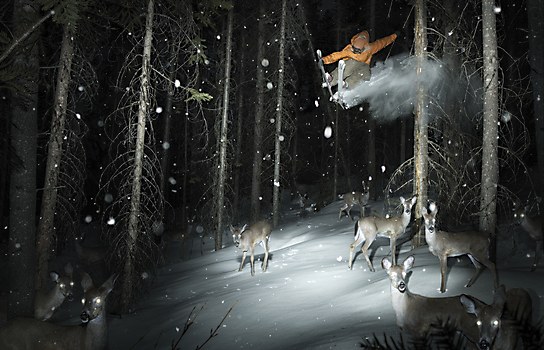 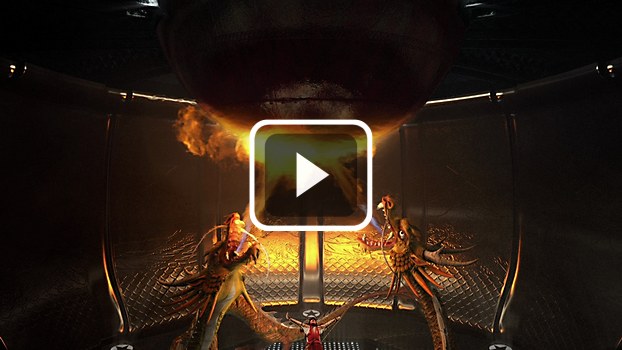 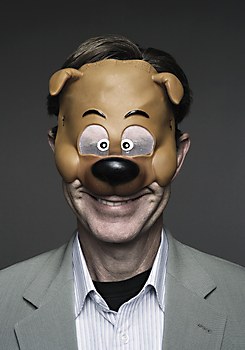 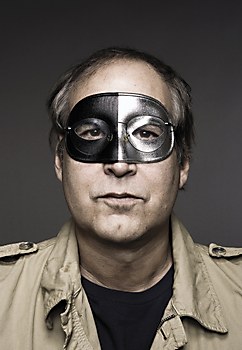 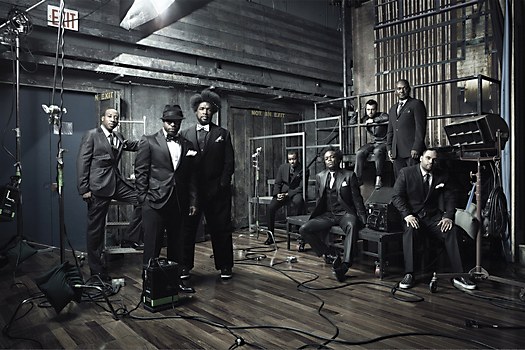 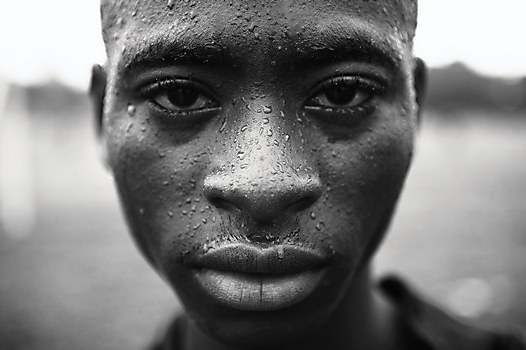 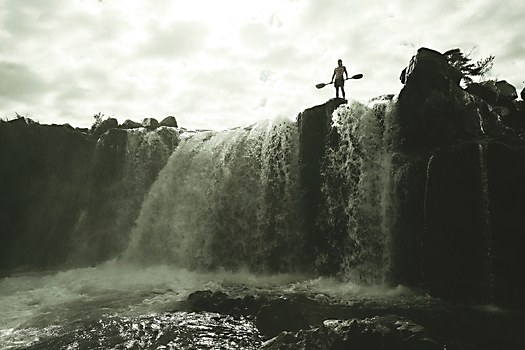 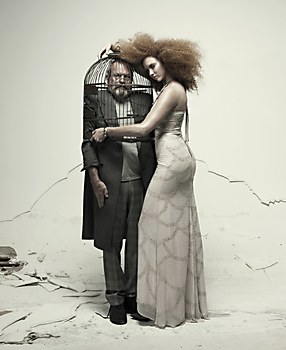 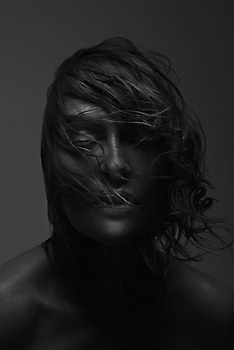 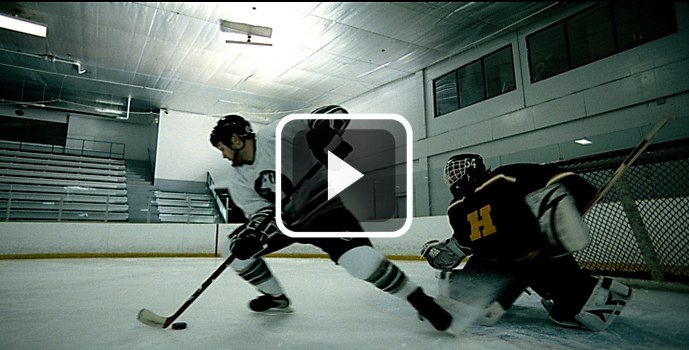 In the campaign, which celebrates sports-people’s injuries as marks of their stamina and strength, each of several athletes shows off a bruise, a gash, a black eye. The copy explains the injury (“Black eye: Elbow under the rim,” for instance) and what each is wearing (“Dri-fit sleeveless top: Nike”). To get it right, Zibert visited the Forensics Science Centre at University of Toronto, studying wound imagery.

The campaign got him noticed. And although Zibert’s range (it’s vast) makes it hard to identify a signature style, it helped establish his reputation as a photographer of athletes. He can capture them at optimal moments, every muscle articulated, without sacrificing a sense of looseness overall.

Once the work showed up in Communication Arts, the phone started ringing and hasn’t stopped since.

Diaz wasn’t the only person to be surprised by Zibert’s age. When the Nike campaign started getting press, some of Zibert’s peers didn’t even believe it. At one gathering, Pereira remembers, he actually had to brandish his driver’s license to prove it.

One reason people expect an older shooter: Zibert’s work has classical qualities, says JK Reps agent Jooli Kim. “I have some photographers who are doing off-the-wall things with composition. That’s not Mark.”

She points to the classic horizon lines of the 2008 Beijing Olympics imagery, a massive Adidas campaign he shot for 180/TBWA, Shanghai. “Together in 2008, Impossible is Nothing,” reads the headline. Surrounded by a horde of fans, one image shows Chinese diver Hu Jia, arms skyward and in preparation for a dive. Literally and figuratively, he’s being held up by his fans. In effect, they’ve become his diving platform.
I don’t really know where else he can be catapulted to. The way I see Mark is that he’s already there.” —Sandy Pereira


To create the throng, without an actual throng on hand, Zibert shot 300 extras in different areas of a stadium, assembling the crowd plates later. (The agency later hired illustrator Lu Ming to render the background in the image that ran.) “It was the kind of job you cleared the books for,” says Zibert, who lived in Beijing for the three-month shoot. The result: a Gold Lion, which represents not just Zibert’s first but the first Gold Lion ever to go to a Chinese agency.

Zibert’s work has never been overly slick. Lately, though, he’s become more consciously interested in deliberate imperfections. Prior to a BlackBook shoot with Terry Gilliam and Lily Cole, for instance, Zibert’s studio flooded. He started cleaning up, but quickly came to his senses and shot the director/ingénue pair amidst the damage. In the portrait (Gilliam’s head stuffed in a birdcage), the cracks in the drywall create echoes of the pattern on Cole’s dress.

You’ve heard the cliché about the photographer who can make a white backdrop interesting?

Even when a shoot revolves around digital, Zibert consciously mitigates the special effects. A fashion spread, “Prêt à parcour” (parcour being the French-born, urban acrobatic movement), for Driven magazine features gymnast/ninja Joe Eigo. Thanks to post, there are two to four Eigos—mostly captured upside-down and mid-flip—in each photo.

The shoot took place in the expressly un-designed home of a friend of the stylist, featuring such design details as a mess of extension chords, a weird periwinkle blue sofa and four remote controls on a granny table. Name an object less high fashion than a Swiffer. You cannot. So it made sense when a crew member made the move to remove one of these branded brooms out of a shot. Zibert insisted that it stay. In the end, all the household detritus, coupled with the street fashion (a Hermès and Nike mix), hits the campaign with the perfect dose of anti-glamour chic.

“It’s not always about the trickiest lighting or the most elaborate locations for me,” says Zibert. “It’s more about the concepts and the story we’re trying to tell.”

Zibert follows that impulse as a director. When photographers transition to motion, they usually get thrown visually-driven vignettes, not high-concept storytelling opportunities. But Zibert has steadily chipped away at that resistance.
It’s not always about the trickiest lighting or the most elaborate locations for me. It’s more about the concepts and the story we’re trying to tell.” —Mark Zibert


For Gatorade’s G2 campaign via TBWA/Toronto, he couples precise editing with hand-held camerawork to capture the spirit of everyday athletes, people who push themselves to the breaking point without an ounce of fame or fortune. The location scout turned up some hockey rinks with interesting, old architecture. But interesting wasn’t the point. “It had to be ugly,” says Zibert. “We wanted it to be relatable.” In the end, the raggedy rink he found communicates, in shorthand, pure love of sport.

If you want to understand Zibert as an artist, don’t ask for a disquisition on his use of color as metaphor. During a critique in school, a teacher once asked Zibert what he was trying to say with a cross-processed image of an orange. Actually, Zibert said, it didn’t mean anything. He shot it because it looked good. The instructor tried again; Zibert held fast. He liked the way it looked and shot it. It was that simple. “I’m not one to argue,” says Zibert years later, when asked if he pushed his point. Still, the scenario underscores how intuitive photography is for Zibert.

“If I could tell you what it meant,” Isadora Duncan once said, “there would be no point in dancing it.”

It’s one reason the Right To Play work was so satisfying. “Creatively, it’s an opportunity to get back to basic photography,” says Zibert, who has shot in Tanzania, Rwanda, Sierra Leone and Uganda for the NGO. “You just get on a plane, by yourself, no production—and you shoot what you see. It’s that simple.”

Well, simple probably isn't the right word. “Such a dark picture is always painted of Africa,” he says. “Obviously, it does have dark sides to it. It’s easy to point a camera and get the sad shot. But if you’re going for the sad shot, sometimes all you’re going to get are a bunch of kids smiling and laughing back at you.”

When Zibert and I met, he was fresh from Guangzhou, China, where he co-directed a gargantuan Dentsu, Toronto, campaign for Sapporo Beer with Gary Thomas, owner and creative director of production company Crush Inc. The spot combines live action with matte paintings, which are projected onto a 3-D environment. It tells the story of the Japanese beer brewing process against a fantastical backdrop of geishas, wise sages, Sumo wrestlers and Taiko drummers. And it might be the spot of Zibert’s career, the one that catapults him to some new height.

Pereira wonders about that. I don’t really know where else he can be catapulted to. The way I see Mark is that he’s already there.” But then, she reconsiders, “One day, he’ll probably do a feature. There’s no limit for Mark.”

He tries, says Diaz. But Zibert can’t even do it as a joke. He just cracks up. And then, he gets back to work. ca 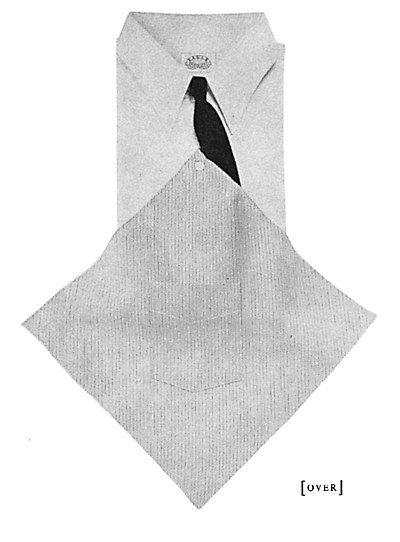 Features / Advertising
Pioneer: Howard Gossage
Wit and allegory were the hallmarks of one of the finest practitioners and strongest critics of advertising. 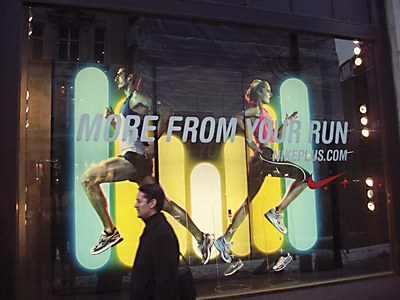 Features / Advertising
72andSunny
An optimistic outlook—reflected in its name—infuses the work of this agency based in Los Angeles and Amsterdam. 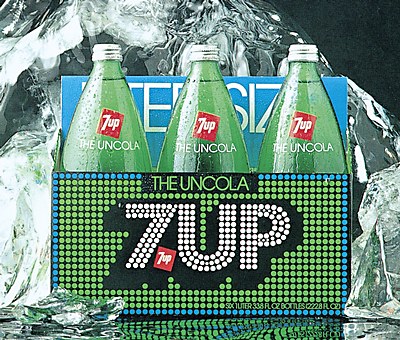