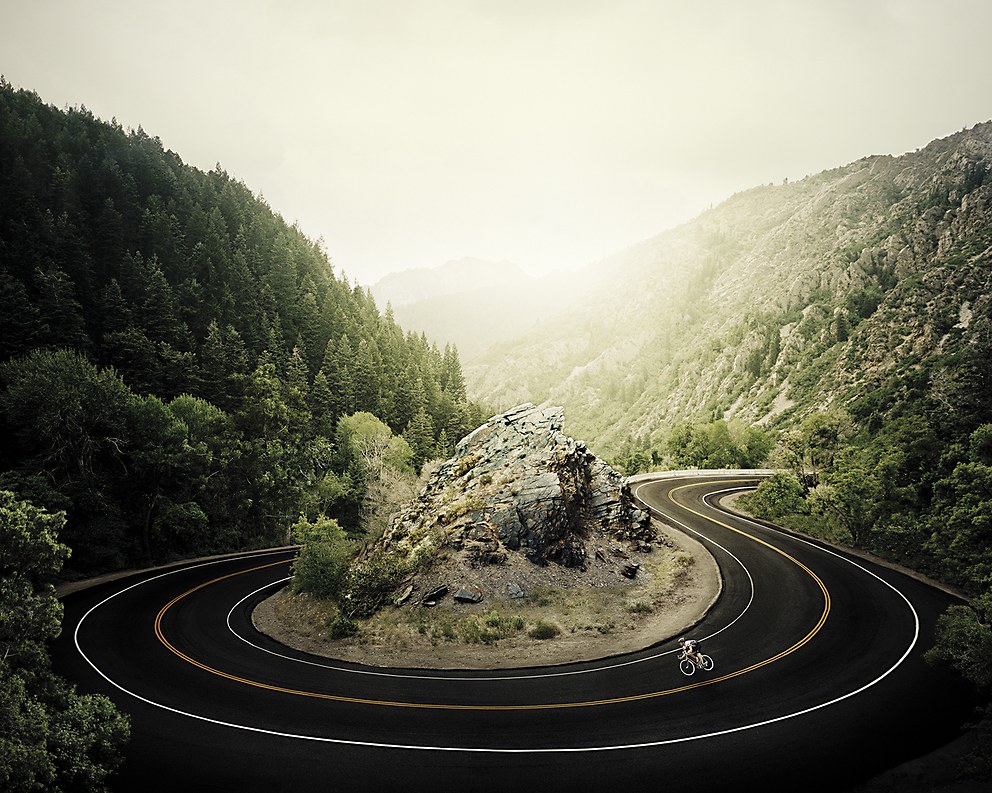 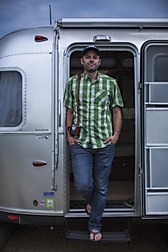 Whether on assignment or on a day off, photographer Matthew Turley can often be found on the side of a mountain. A passionate adventure skier and climber throughout his life, Turley seems to have two quests: experiencing adventures and capturing them with his camera. Those images can be as varied as an expanse of desert, a jewel-toned, pristine estate or a portrait of a sweet-faced girl. You can’t call him a location guy or a car guy or a people guy—or any kind of guy. And he likes that. There’s no pigeon-holing here.

If there is one theme that connects Turley’s work, it is nature—nature in the sense of objects of the earth, both animate and inanimate. You can see it in his images, the way the zigzagging grooves carved into a jutting precipice mimic the deep, tanned crevices in a farmer’s face. Turley’s connection with nature shows through, reflecting the purity and elegance of his subjects. Even a RAM 1500 pickup truck becomes a character in a scene, planted firmly in its habitat, be it a gravel road or mud-sloshed trail. “Every image needs its own world to live in,” he says.

For agencies including The Richards Group and mcgarrybowen, Turley, 33, has shot for Chrysler, Chevron, The Home Depot, New Mexico Tourism, Biltmore Estate, Intercontinental Hotel Group and Bollé. His editorial work has appeared in Entrepreneur, Fortune, Discovery Channel Magazine and SKI. He also maintains a stock site, and he has an in-house retouching business on the side, Switchman Studio. In the different genres he approaches, his method remains constant. He says, “Obviously, there are technical differences to approaching a lifestyle shoot versus an automotive shoot, but underneath it all, I simply want to understand what it is we’re trying to communicate, and then work to make that happen. I trust that my style and vision will come through naturally if I have my hand in the process, which is why I continue to do most of my own retouching.” About his style, Turley says, “It’s not like a preset that I apply at the end. Certainly there are details that could be quantified, but most are difficult, if not impossible, for me to articulate.” 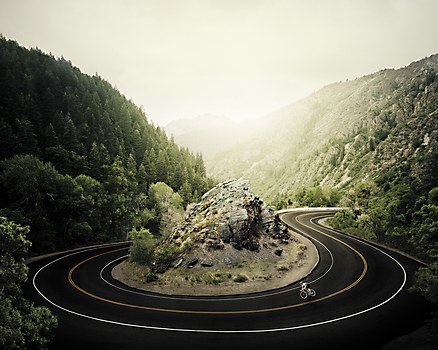 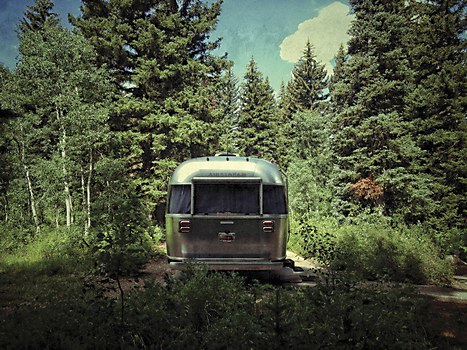 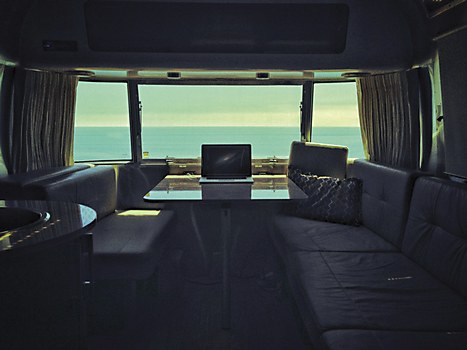 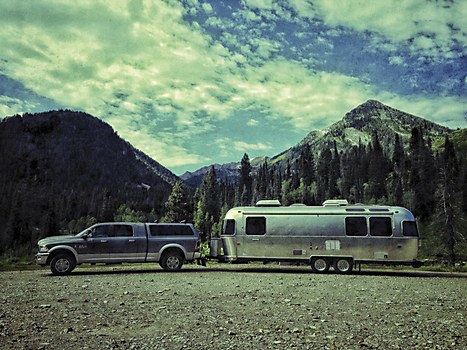 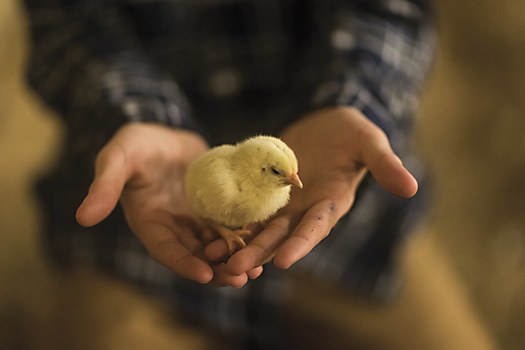 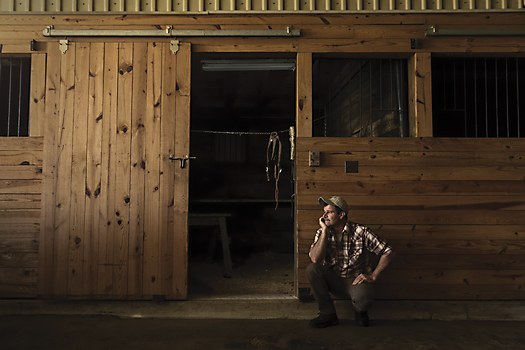 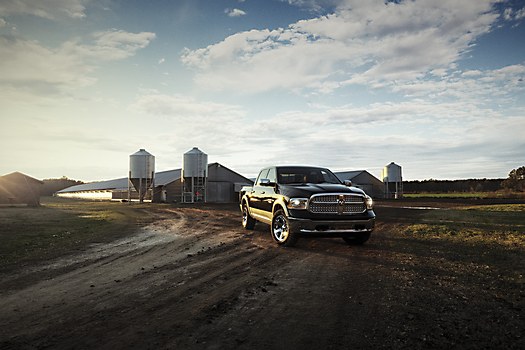 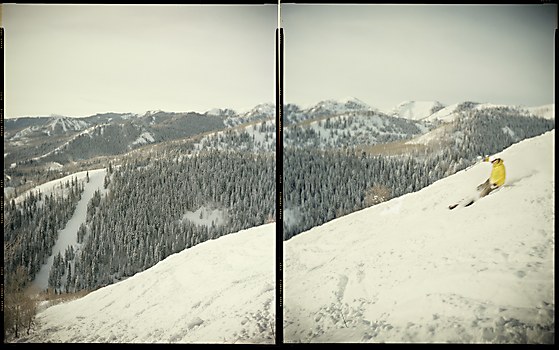 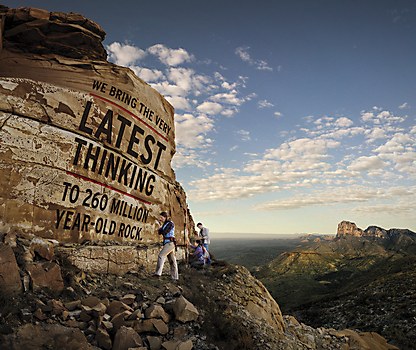 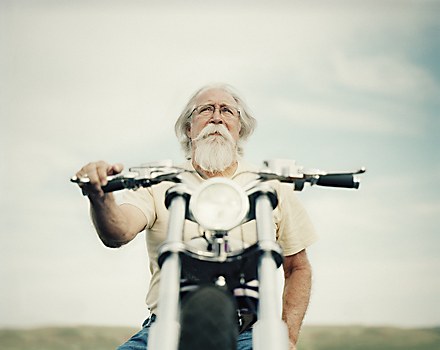 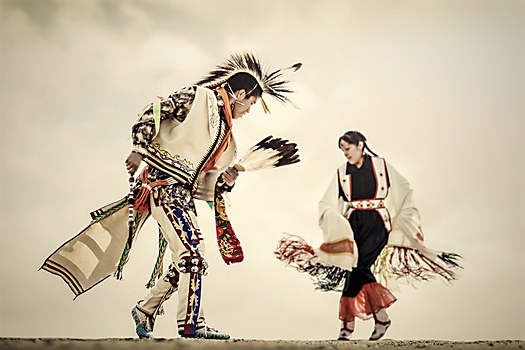 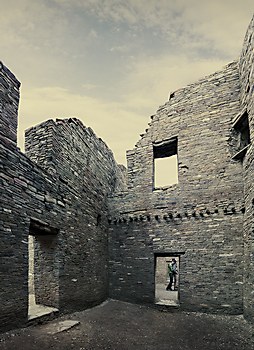 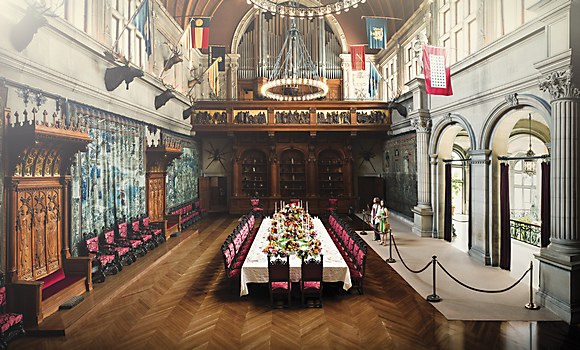 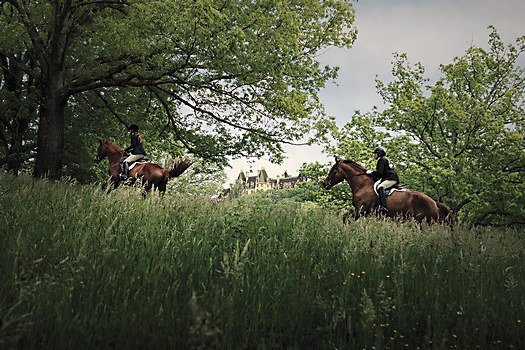 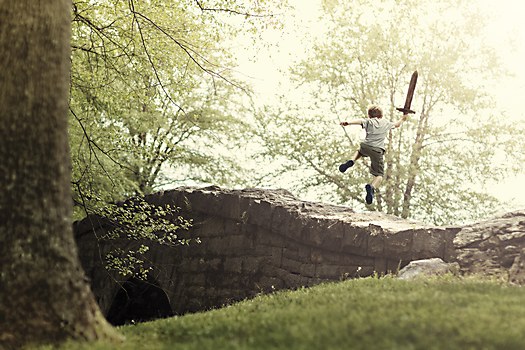 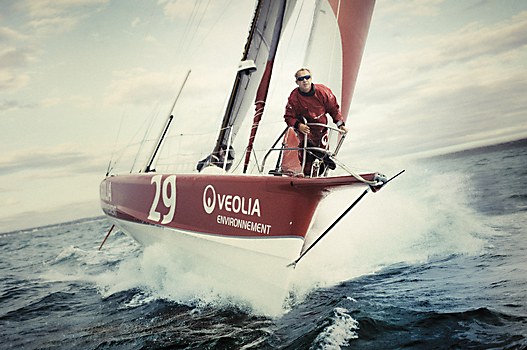 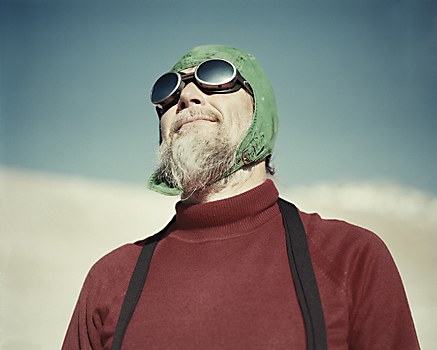 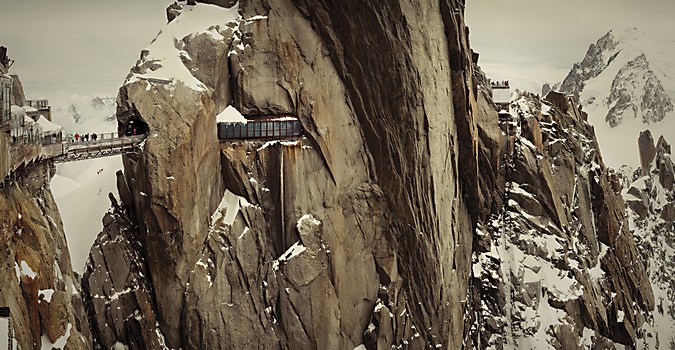 Jimmy Bonner, group creative co-director at The Richards Group, says, “When I think of Matt Turley, I think of a modern-day Rembrandt, the Hudson River School of painters and nineteenth-century photographer William Henry Jackson. Wrap all of those together and you get a truly gifted twenty-first century photographer. Matt has been a go-to photographer on countless jobs.” Turley covers lots of ground, including prep, to make an assignment happen. When Bonner and his partner Rob Baker needed him at a moment’s notice to represent farmers in the South in what would become RAM Trucks’ seminal 2013 Super Bowl “Farmer” spot—Chrysler’s poetic homage to the farmer, narrated by the late radio announcer Paul Harvey—it was important and it got done. Baker says, “I called Matthew and said, ‘What’s your availability for next week? I can’t tell you what the job is because of client confidentiality, but I’m telling you—you want this.’ And he said he was busy, going off to shoot for The Home Depot, another Richards account. I repeated, ‘Turley, you want this.’ And he said, ‘OK, I’m in.’”

Turley remembers, “There wasn’t even a purchase order, but I made my plans just in case it all came together. It was Wednesday and I had to be in LA on Monday for a Home Depot job, so I caught the next flight out of Salt Lake City, which left me and my assistant only a couple hours of prep time.” Baker lined up some of the farmers who worked on his family and friends’ farmlands in his native North Carolina, and the team grabbed shots wherever they went. “It came together pretty fast for everyone involved,” says Turley, “and that spontaneity contributed to the spot’s authenticity.”

The most satisfying assignments demand creativity in both the concept and the execution,” he says. “I always find myself gravitating toward the concept of authenticity, which often feels like an endangered resource within our incredibly camera-aware culture."

Turley’s adventurous nature is perfect on spontaneous jobs, even if it means he can’t save the day every time. “I recall my partner, Rob, and I being in a jam—it was the first day of shooting a TV spot, and the client asked if we were capturing stills,” Bonner says. “Since it never came up in previous meetings, of course, we weren’t prepared. Frantically, I called Matt to see if he happened to be in the area and could jump on it that day. He answered the phone and responded calmly with, ‘I would love to help you out, but I’m currently on top of a mountain with my dad.’”

Born in Dallas, Texas, Turley was raised in Idaho. He moved to Utah to attend Brigham Young University, graduating in 2004. He then moved back to Idaho to work with photographer Andy Anderson as an assistant and retoucher. In 2006, he moved to Manhattan, took various editorial assignments and worked as a retoucher, all the while building his portfolio. A year later, he moved back to Utah, recognizing that he had loved it enough there to call it home. He has been based in Heber, Utah, just south of Park City, ever since, living and working in a brick cottage surrounded by trees and wildflowers. Turley’s work takes him on the road often, traveling to points north, south—everywhere—for his advertising and editorial clients. Now, he has sold his home and is having an A-frame log cabin built in Sundance, Utah. “Sundance will eventually be my permanent home/office,” he explains, “but I’ve decided to fulfill a lifelong dream to live on the road. I bought an Airstream, which is now my functioning home/office, and I love it. I’ve been using it to travel for work; I just got back from an assignment in Malibu. My travels will be dictated by assignments, but I hope my personal work will be informed by my travel, too. This is a very different way of seeing things, versus flying around. I’m excited to see where it takes me.”

Turley runs a one-person shop. He is represented by Marianne Campbell Associates, and he uses assistants on jobs, but otherwise is alone, even doing his own post-production work when possible. “People ask why I do my own retouching,” he says. “It’s simply because not doing so feels like having someone else paint your painting for you. I’m fine having help with tedious elements, like cleaning stuff up, or detailed masking, but I have an incredibly hard time turning over color and tonal work.” Having worked as a retoucher on hundreds of commercial and advertising projects with dozens of photographers, Turley prefers to manage the development of his images from start to finish, allowing him the highest degree of creative control and the ability to quickly and effectively satisfy his clients’ objectives. “This is especially helpful while on set, because I can quickly explore rough composites and layouts with the creatives on a portable workstation,” he adds. “I can begin assembling the final production files on location, with the creatives’ direct input, which dramatically speeds up the final delivery time."

“I spent a lot of time using Photoshop in high school and college and had a solid understanding of the basics, but it wasn’t until I started working as a retoucher that I found it necessary to really streamline my process. After just a few months of jumping from project to project, all with tight deadlines, I realized I needed a consistent structure and workflow for my images. I’m a very organized person for both aesthetic and functional reasons, for which I thank my mother. I developed a single Photoshop action which is still the starting point for every image I work on today. It does nothing to the image in itself, but provides a fairly sophisticated, yet generic scaffolding for everything I could possibly want to do to an image. What it means is, I can open a file from eight years ago and immediately find my way around the 40–50 (and often well over 100) layers that make up an image. And now that I have several retouchers who work with me on an as-needed basis, it means I can find my way around their files.”

Turley’s ownership of the entire production process is essential to his style. “The most satisfying assignments demand creativity in both the concept and the execution,” he says. “I always find myself gravitating toward the concept of authenticity, which often feels like an endangered resource within our incredibly camera-aware culture. It is significant that we are vastly outnumbered by the devices we’ve created to record ourselves. In a sense, we exist for them. The exigencies of commercial assignments often demand a departure from the truly authentic, but it’s usually a productive tension.”

Turley once shot a ski trip in Iceland with heavyweight mountain skier Andrew McLean for McLean’s sponsors, K2 and Mountain Hardwear. Their expedition was picked up by documentary film writer/director Mark Obenhaus. His film, Steep, produced in 2007 by The Documentary Group, traced the sport of extreme skiing from the seventies forward, and became a cult favorite. “I was going as a photographer and wasn’t really anticipating being in the film, but ended up with a brief appearance and a single line of dialogue that earned the film a PG rating,” Turley says with a laugh. “The other two skiers and I were caught in a massive avalanche and came within a few feet of being swept off an enormous set of cliffs. The whole thing was caught on film with us wearing microphones. It was one of the most surreal and sobering experiences of my life.” The YouTube trailer for Steep gives you a good idea of the thrill-seeking athlete that Turley is. It’s a curious juxtaposition. Outside, Turley is an even-keeled, quiet person. Inside, he’s an adventure junkie. Like nature itself, he is multi-faceted. ca 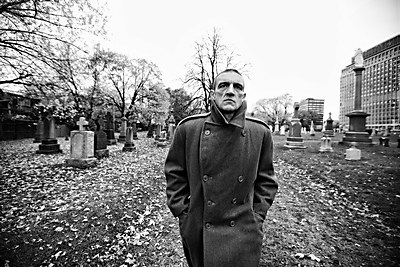 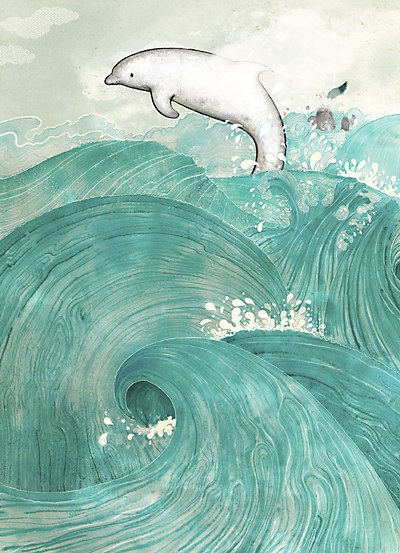 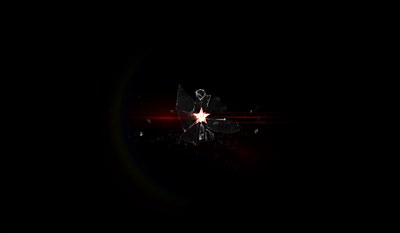