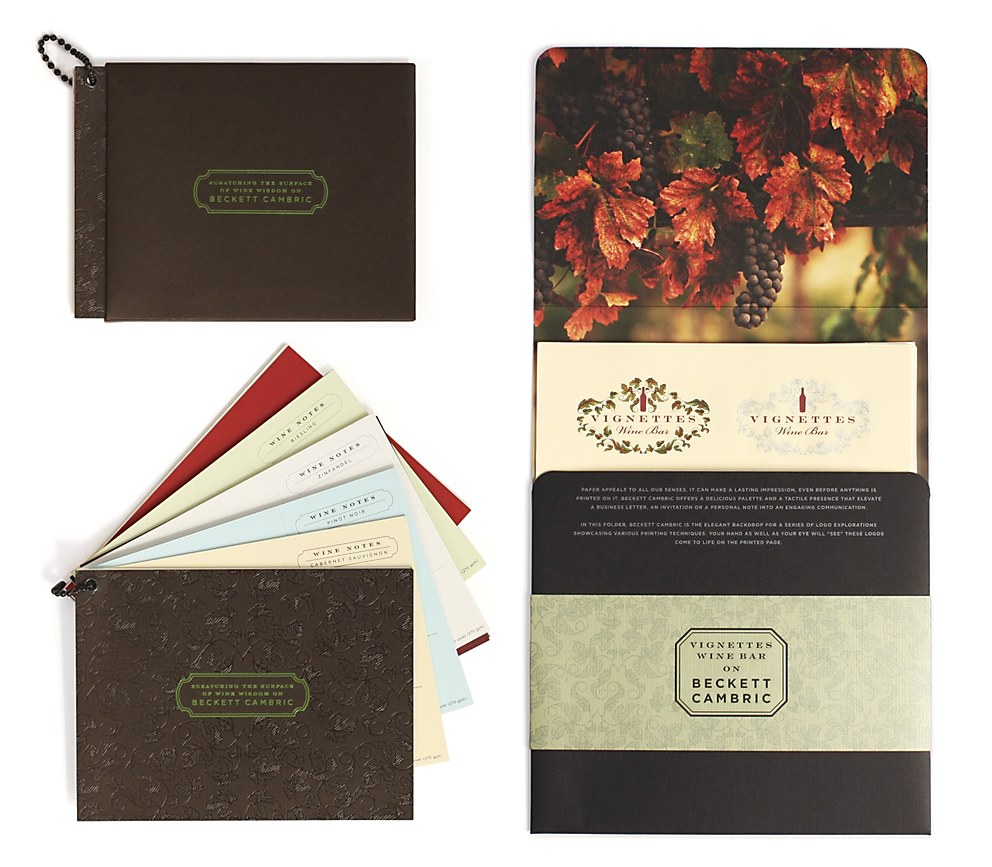 Now in his 30th year in business, Michael Osborne's ventures include a design firm, a letterpress printshop, a nonprofit organization and a fine art studio. 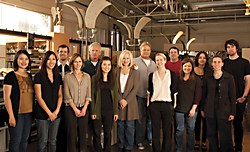 It's late afternoon and designer Michael Osborne needs a little boost to round out the day. He mixes his favorite energy blast of half coke and half coffee and he's back on track managing three distinct enterprises plus a nonprofit organization, Joey's Corner. In his 30th year in business, he creatively balances art, commerce and charity–and still finds time to play his guitar.

Osborne's ventures include a design studio, a letterpress printshop and a fine art business. Located in San Francisco's Potrero Hill neighborhood, the studio is an open 4,500-square-foot space with an eye-level fireplace at its heart. Here, branding, packaging and naming for the wine, food and beverage, and retail industries make up more than half of the Michael Osborne Design (MOD) business. According to Osborne, packaging is where design exerts real influence. "When there are 40 feet of wine labels on the shelf, you can actually use your craft to get somebody to pull out their wallet and go and pick one up," he said. 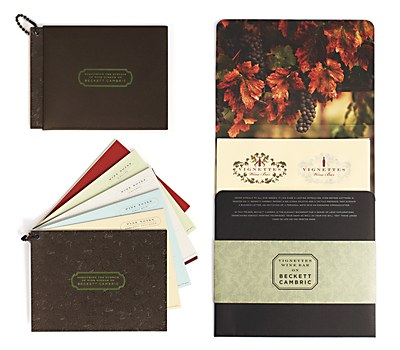 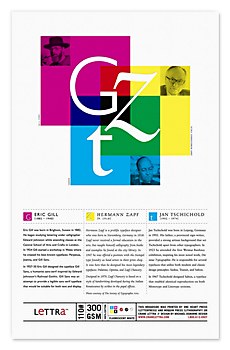 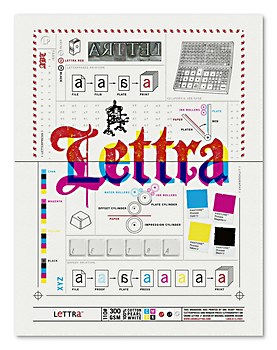 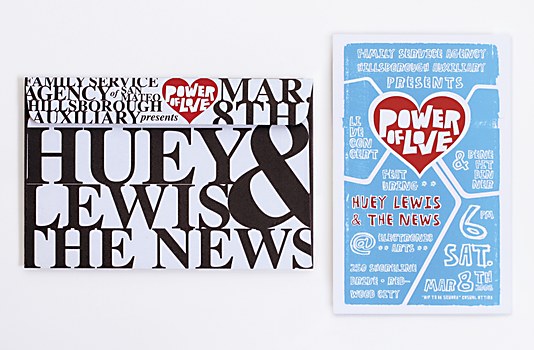 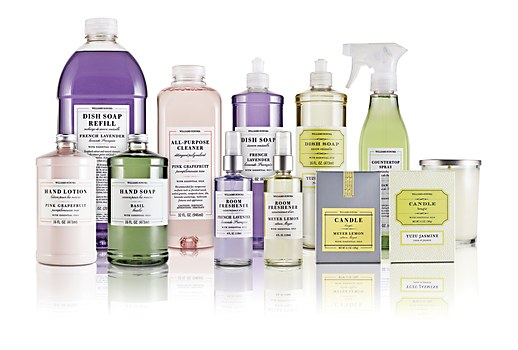 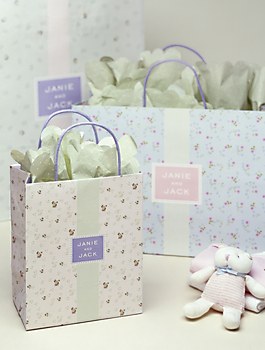 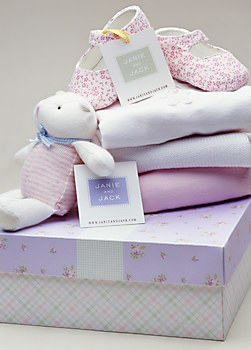 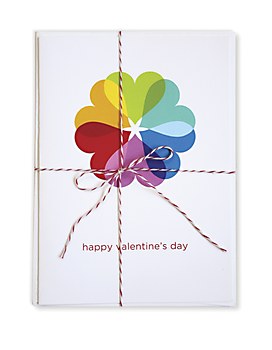 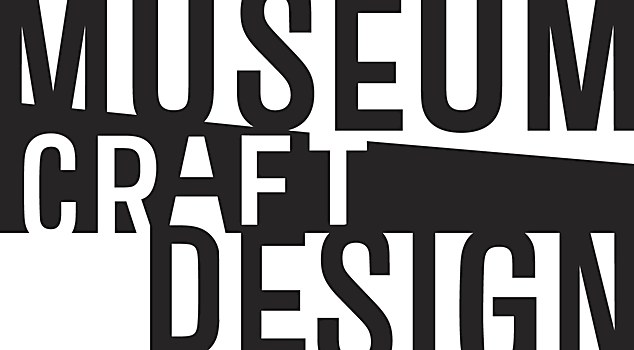 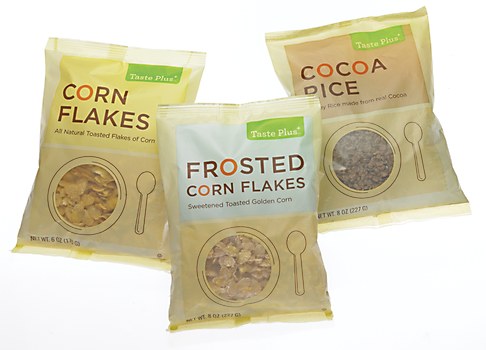 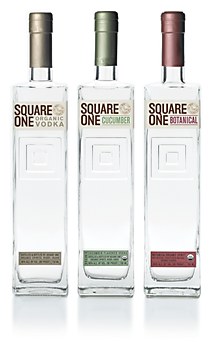 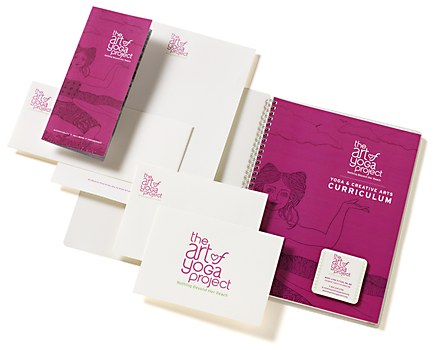 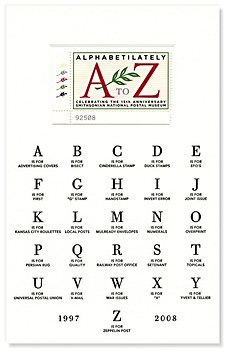 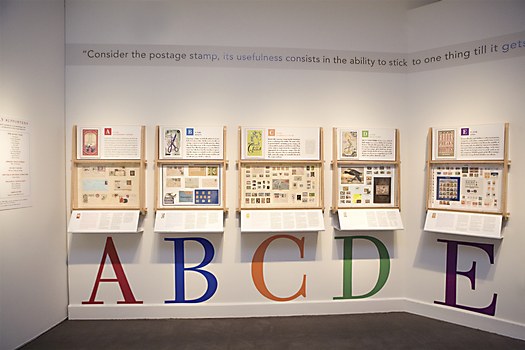 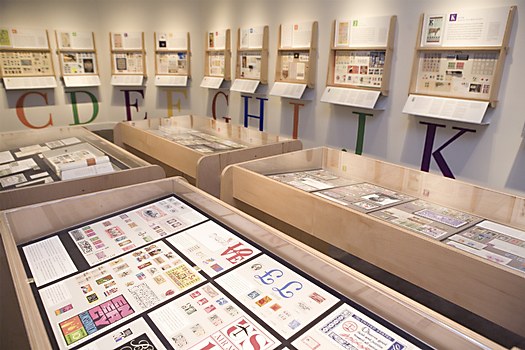 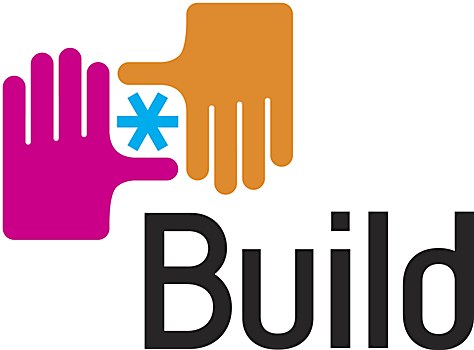 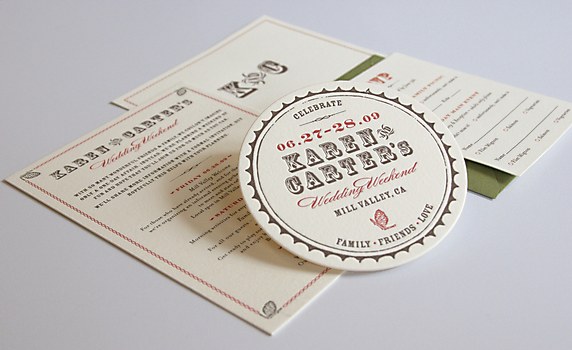 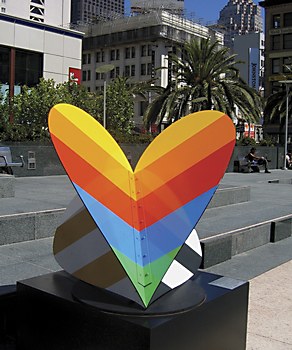 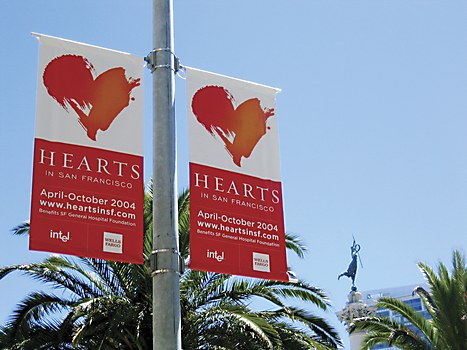 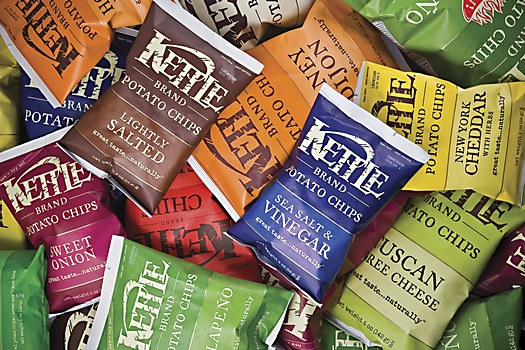 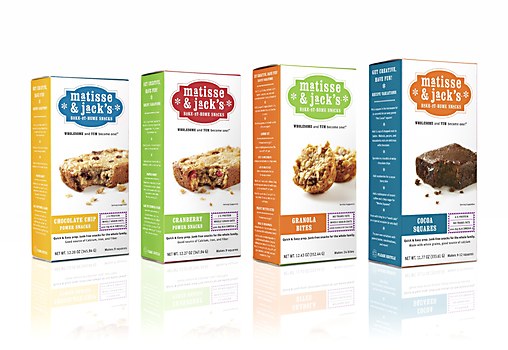 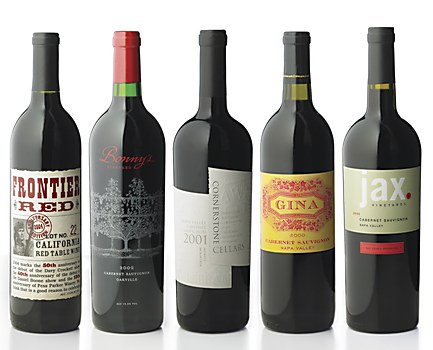 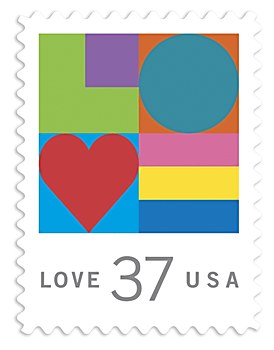 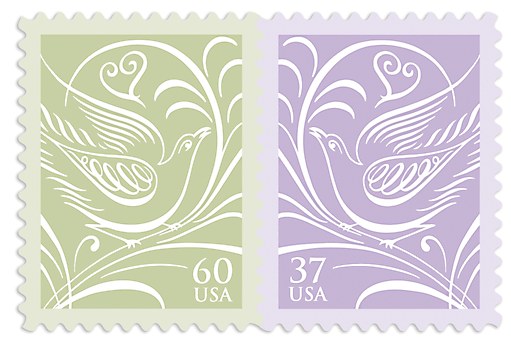 Kettle Foods knew of MOD's extensive wine label experience when it needed new packaging for its premium brand of potato chips. Kettle products had been in the U.S. and the U.K. markets since the 1980s and it didn't want to lose one bag of chips to the wrong design direction. "His first project was to give the brand one look that works globally, but is also still relevant locally," said Michelle Hunt, Kettle's former natural foods marketing consultant.

MOD worked hard selecting the proper colors of nature to convey the flavor inside the bag and the right number of words to package a natural food product. The final design ended up accelerating sales in both markets. "It was kind of like the quiet in the storm," Hunt said. "A potato chip aisle is very busy and our bags are very simple, so now they're easier for retailers to stock and easier for consumers to find. Michael brought an innate sense of how to work with a natural brand without making it look cliché."

Osborne's approach gives clients several appropriate choices and guides the ensuing dialogue to the best solution. "I think Paul Rand said there is more than one good answer to any problem, but only one perfect answer. When he delivered design directions, he took one direction in, which we can't do," Osborne said and laughed. "I don't think any other designer on the planet can get away with that."

Williams-Sonoma appreciated having design options to challenge its ideas about a product's potential. "It's good to see a study to push ourselves in different directions and have a bit of variety," said Karen Rapoport, vice president of creative services. Rapoport credits MOD with helping get their bath and body program back on track after another design firm's massive overhaul, which was beautiful and innovative, but didn't resonate with customers.

The new design is one of understated elegance allowing the colored liquid to speak for itself and with simple typography on primarily white labels. "Michael did an exceptional job of bringing the collection back to what it truly stands for with a classic approach to design: a French-inspired apothecary look. Immediately, we saw the sales turn around and saw a very positive response from customers."

While packaging is a major component of the design firm, Osborne is also noted for his postal stamp designs. He is an amateur stamp collector and was delighted when freelance writer Alyson Kuhn approached him in 1997 as one of 26 San Francisco graphic designers invited to design a Cinderella stamp–one without monetary value–for a show sponsored by AIGA.
I can do six things with just a pencil that you can’t type on a computer. You can’t put the ‘T’ where I just put it with a computer or without spending an hour on it.” —Michael Osborne


It was the beginning of a friendship and collaboration that would lead to Osborne's designs for two major exhibitions at the Smithsonian National Postal Museum and his bright, iconic images on six stamps for the U.S. Postal Service. "One day Ethel Kessler, an art director for the U.S. Postal Service, called and asked if I would be interested in helping design the next Love stamp," Osborne said. "My dream of designing a stamp landed on my desk, thanks to Ethel!" His first Love stamp, issued in 2002, was very popular and over one billion stamps were printed.

Osborne's pro bono work has always been part of his design efforts, but after the accidental death of his son, Joseph Michael, he created Joey's Corner, a 501(c)(3) nonprofit organization in his son's name. Founded in 2005, Joey's Corner provides pro bono design services for nonprofit organizations focusing on healthcare, children's and social well-being issues. Their creative services have helped numerous non-profit groups, including The Juvenile Diabetes Research Foundation, the Child Abuse Prevention Center and the Alzheimer's Association.

William Fisher, CEO of the Alzheimer's Association, Northern California, asked Joey's Corner to help them raise donations for the Memory Walk, their largest public event. "It's kind of a neat contradiction," Fisher said. "There's nothing pretty about Alzheimer's, there are no survivors, but Michael helps us make Alzheimer's something that people are attracted to and willing to look at. We've raised a million dollars for three years in a row and we're the only Walk that has done that."
Joey’s Corner creates T-shirt designs, buttons, greeting cards and framable broadsides that are given to the Alzheimer’s Association's largest teams and sponsors. The little posters, often involving a metaphorical image and a meaningful quote, have been printed at One Heart Press, Osborne’s letterpress shop. The beauty and tactile quality of relief printing has a special appeal, so he founded the printshop in 1991 to serve the community by printing books, business systems and wedding invitations. He also developed the naming and branding of Lettra, the new paper for Crane &amp; Co. made for letterpress.

Osborne acknowledges his design skills improved with the help of talented mentors. Originally from Ohio, he left Cincinnati after serving in Vietnam and enrolled at Art Center in Pasadena, California, where he gravitated to packaging. Instructors Hal Frazier and Paul Hauge developed his interest in solving problems in dimension, and lettering instructor Doyald Young inspired his love of type.

For the past twenty years, Osborne has taught packaging at the Academy of Art University and now teaches the advanced class, Package Design 4, a multi-tiered branding system where he divides the class into teams who work on the same project, just as in the studio. In class, he promotes pencil on paper first, confident that the thinking process goes faster by writing pages, making notes and thumbnails, talking about ideas and making little drawings. “I can do six things with just a pencil that you can’t type on a computer. You can’t put the ‘T’ where I just put it with a computer or without spending an hour on it.”

He also encourages two words he doesn’t think students learn anywhere else: What if? “What if you took this and combined it with that, or combined it in this way? The What if? game allows you to go from a problem to a solution to a unique solution.”
He may just have an extra ten hours in his day that the rest of us don’t have because he’s constantly going.” —Cedar Mathis


Mary Scott, chair of graphic design at the Academy of Art, has observed Osborne's students in her portfolio class. “They have to develop mission statements, brand positioning, target markets, all of the touchpoints that a brand bridges and it gives them a very strong sense of how that's done,” she said. “Michael’s students have told me when they go out and show their portfolios, the people looking at his students’ projects are just overwhelmed that they are working on something this complex.”

Always hungry to learn new things, Osborne decided to return to school for his MFA in graphic design at age 53. MOD could manage without him for half a day a week, which meant it would take him twice as long to finish. The Academy of Art graduate program was a journey of self-discovery and Osborne’s projects ranged from global to deeply personal. They included designing and producing T-shirts for an HIV prevention program for young people in Malawi, Africa. He also learned Raku pottery and stamped it with his redesigned written language of his Cherokee heritage. Osborne graduated in 2007 and wrote Back to School about his MFA experience.

“I’m happiest when I’m making something,” he said as he pulled his abstract etchings from his print files. Osborne studied printmaking with master printers Pam Paulson and Renee Bott at Paulson Bott Press in Berkeley. He tends to make prints in series, three-to-five works with the same visual language, starting with a gestural mark. “I get all prepared so I know more or less what I’m going to be doing in terms of the gesture and visual language of the piece—and then I just go crazy for three days,” he said. “I forget to eat and wake up at three o’clock in the middle of the night with this idea.” The process is often the opposite of his design method: no thumbnails. “Stuff happens that you couldn’t make happen, and you have to learn how stay out of the way to let it happen.” Osborne has sold his work at galleries and fundraisers, donating the proceeds to Joey’s Corner.

In the studio, Osborne’s desk faces out toward his team that has fluctuated between ten and fifteen throughout the years, all of whom he chose from his classes at the Academy of Art. Sketchbooks are everywhere. “You might find him at anyone’s desk," explained Cedar Mathis, MOD’s project manager. “Cedar is the best project manager in the universe, I have rock star designers and it took a long time to get that all figured out,” Osborne said.

“He’s directly involved with every project and I can’t say that the wheels ever stop turning,” Mathis said. “He may just have an extra ten hours in his day that the rest of us don’t have because he’s constantly going.” So far, the pace isn’t daunting. In fact, he’s thinking about bigger projects for MOD this 30th year. When asked about his plans for the next 30, Osborne mentions ambitious dreams: glass blowing, teaching in Rome and a big sculpture studio by a lake. Suddenly, he’s excitedly talking about art he really admires: Woody Pirtle’s sculptures and Ivan Chermayeff’s assemblages.

“One time I ran into him, when I was judging the Clios,” Osborne recalled. “The whole group went to this restaurant and Ivan Chermayeff was sitting there having dinner with a couple of guys. I was like, Look! Look! There’s Ivan!’ So I’m looking around for a napkin and there were only cloth napkins, of course. But there were bread sticks on the table. So I grabbed the biggest breadstick, got a pen, went over and introduced myself and asked him if I could have his autograph. I’m as big a design groupie as Ive ever been. He said, ‘Sure, I’d love to,’ and signed the breadstick. I still have it.”ca 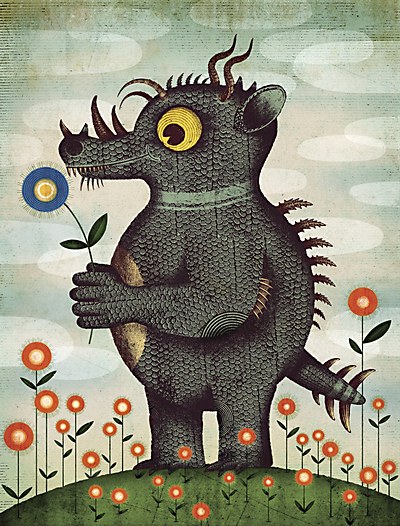 Features / Illustration
Christian Northeast
Illustrator Christian Northeast has spent seventeen years creating a tremendously diverse body of work all tied together by his talent for making even the digital feel handmade. 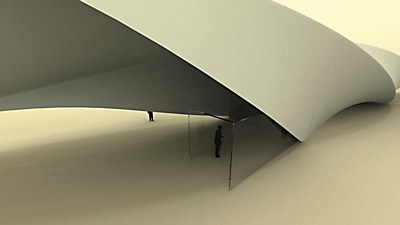 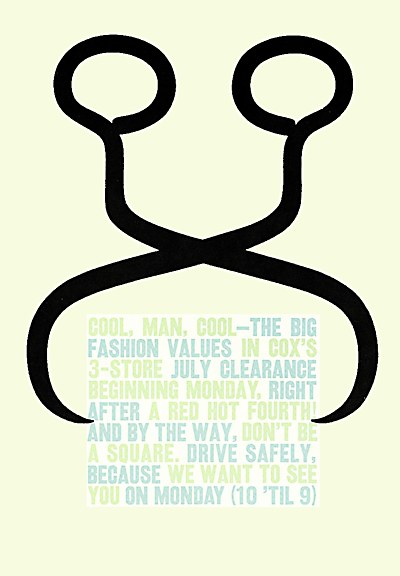