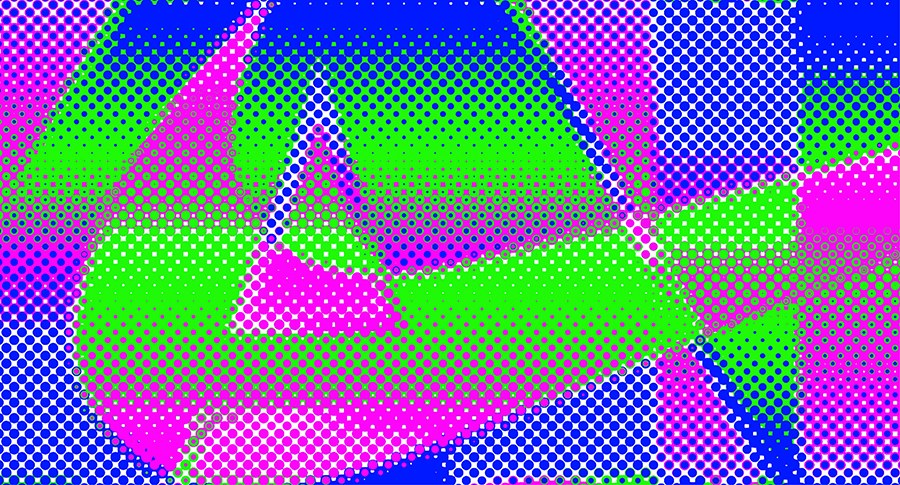 A Taipei-based design duo explores the imperfect joys of Risograph printing to the fullest.

I’d say I’m like the skeleton. He provides the flesh,” says Pip Lu of the collaboration she shares with Yuxian “Forty” Liu. Better known as O.OO (pronounced oh-dot-oh-oh), the Taipei-based duo have fast forged an international reputation for their Risograph printing and graphic design practice. Established in 2014 out of a desire to explore alternative print solutions, the studio delivers everything from brand identity to marketing collateral for clients both local and international. Alongside their commercial work, the pair have also gained notoriety through a stream of side projects spanning yearly calendars and posters, workshops and speaking events, and above all, publications such as 2019’s No Magic in Riso. Part ode to Risograph, part instructional manual, the bilingual work has cemented O.OO as an authority on the retro printing technology. “We just love to share the beauty of Riso,” explains Lu. 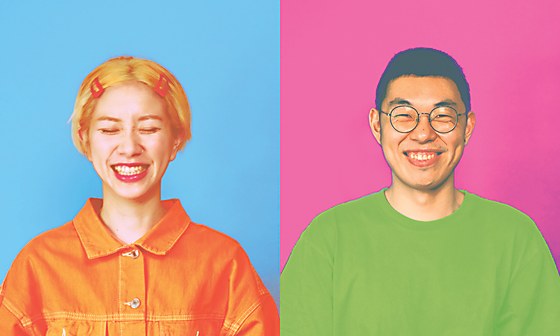 As the designers explained from their studio in Taipei’s central Da’an district, that beauty lies in Risograph’s simplicity, imperfections and possibilities. The name of an almost 40-year old duplicator machine and its eponymous printing process, Risograph comes courtesy of the now multinational Riso Kagaku Corporation, established shortly after World War II. According to corporate legend, the name Riso—meaning “ideal” in Japanese—was not a claim to perfection achieved but rather its pursuit. As proponents of the technique’s artfully imperfect results will attest, the sentiment is fitting. 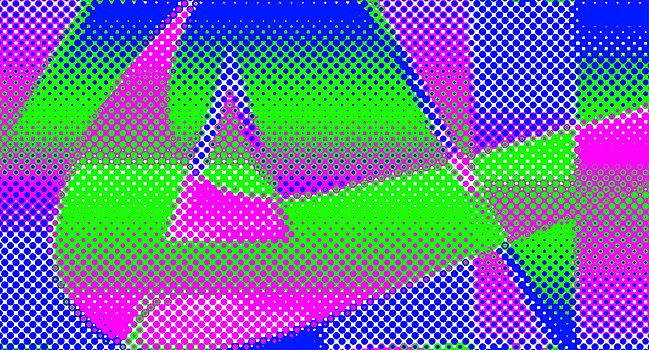 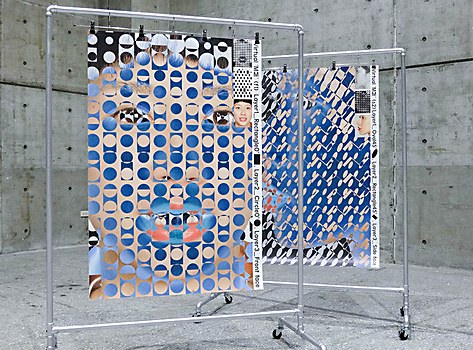 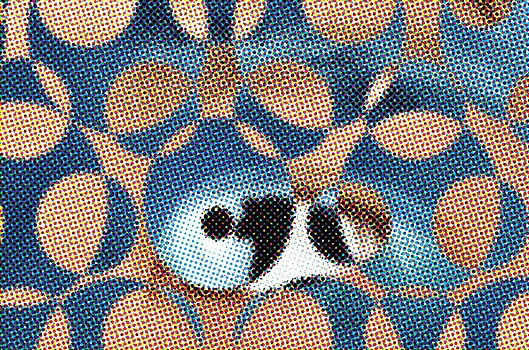 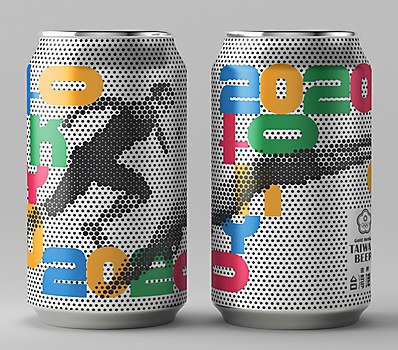 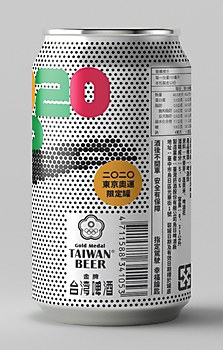 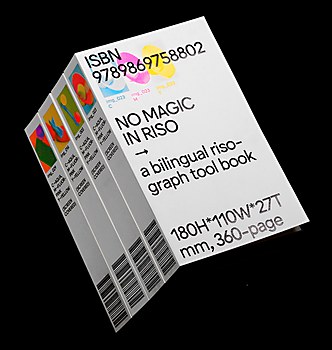 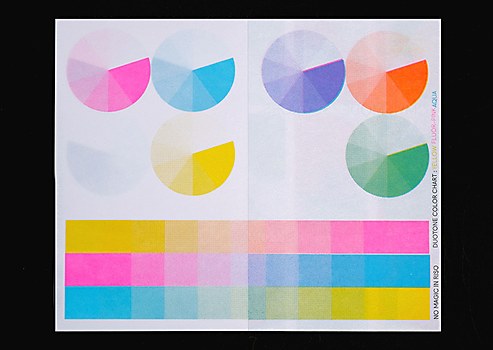 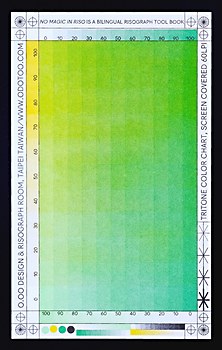 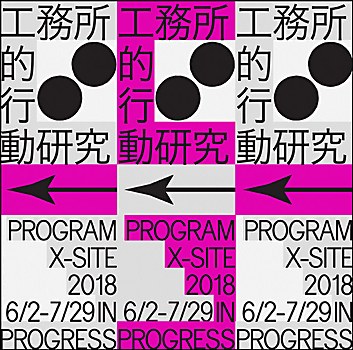 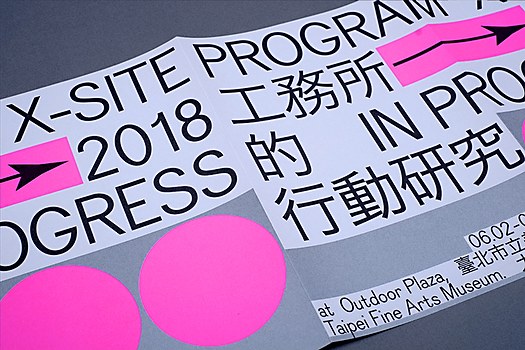 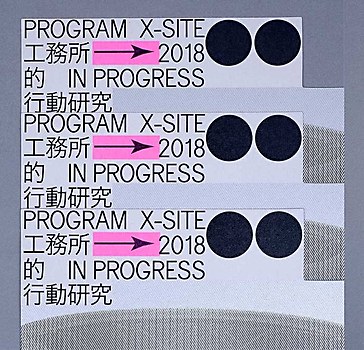 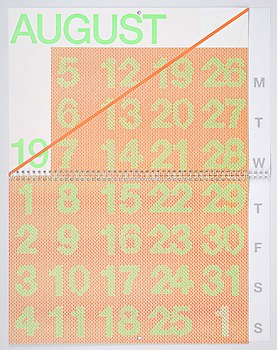 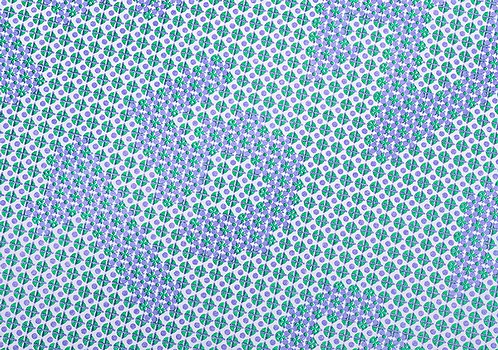 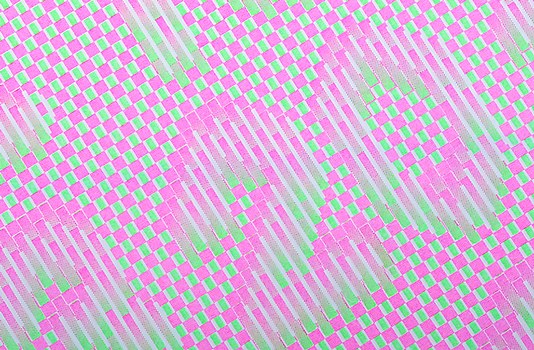 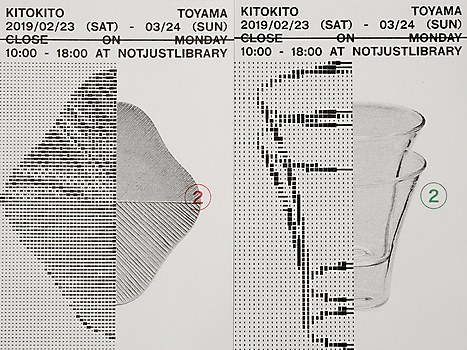 Initially offering mimeograph printing and later proprietary emulsion ink, the Riso Kagaku Corporation evolved into a manufacturer of printing equipment by the 1970s. In 1984, the Japanese firm unveiled its first fully automatic machine: the RISOGRAPH 007. A printer-photocopier, it sent images to print via a flatbed scanner to create a master sheet: tiny perforations burned into what is effectively a stencil. This master sheet gets wrapped around a drum filled with a single ink color. As the drum rotates, color is pressed through the stencil onto the paper. Minor modernizations aside—today’s machines have gone digital and may incorporate two drums instead of one—the process remains largely unchanged.

Essentially an automated, less messy take on screen printing, Risograph machines proved an attractive alternative to offset printing for medium-range print runs. Easy to use and with low overhead, they won over producers of everything from fanzines and parish newsletters to flyers and political leaflets.

Fast-forward almost 40 years and Risograph is enjoying a renaissance, although this time in more creative circles. That includes O.OO; the name stands for “out of office” and alludes to Lu and Liu’s commitment to noncommercial, experimental projects. When they were students—Lu in 3-D animation and Liu in installation art—a trip to Hong Kong inspired the pair’s passion for Riso. “I was looking for a souvenir and found these postcards,” explains Lu. “I was immediately intrigued: There was one design, and I bought three copies. You could see that each copy was slightly different due to the deviation of registration. That’s how we first discovered Riso.”

Shortly after, the pair felt frustrated at the lack of printing options available in Taipei for an end-of-semester presentation. “Because our volume was low, offset printing wasn’t viable, meaning the only choice was digital printing,” recalls Lu. “So, we decided to invest in Risograph tools to expand the choices available to us.” Despite neither Lu nor Liu having a background in graphic design, their experiments in Riso led to them getting projects with clients spanning museums and musicians, food brands and sports.

Usually, production work must be very precise and colors should be exact. But since Riso makes deviation inevitable, it’s interesting to start from this perspective.” —Yuxian “Forty” Liu

Part of Riso’s charm lies in its susceptibility to imperfection. In projects calling for multiple and overlapping layers, changes in registration between paper and ink cylinder can lead to misalignment and uneven textures. Combined with endless color choices, halftones and a signature “dot” finish, the result is literally unique: no two prints will be identical. While these qualities are frequently used in communication design to convey grassroots authenticity, nostalgia and even scrappiness, what sets O.OO apart is its application of these characteristics to projects that are far from retro.

“We always make sure to collect failures of Riso printing—client projects that didn’t quite work,” Lu explains. “These are useful for inspiration, especially in considering the relationship between printing and graphic design.” Where Lu tends to take the lead on the brainstorming front, Liu oversees the realization of their ideas in print and digital. “Usually, production work must be very precise and colors should be exact,” he says. “But since Riso makes deviation inevitable, it’s interesting to start from this perspective.”

Take O.OO’s 2018 project for the Li Na conference room in sports brand Nike’s Shanghai headquarters. The large-scale UV-printed triptych of a sneaker incorporates Riso’s telltale “interference” in color overlaps, neon brights and saturation oscillating from dense to faint. “This project is a good example of how we apply the principles of Riso to our graphic design work,” explains Liu. “It’s a very basic, easy printing technique, and therefore a useful tool for experimenting.”

This appetite for experimentation also extends to how and where O.OO uses Riso. Whether due to its unique position at the crossroads of handcrafted and digital or more prosaic reasons such as volume requirements, Risograph has found a spiritual home in museums and galleries in recent years. Case in point: O.OO’s materials for 2018’s Project X-Site at the Taipei Fine Arts Museum, which took inspiration from the texture and shape of a temporary architectural installation. But although fans of the symbiotic potential between Riso and art spaces, O.OO is also driven to explore beyond its cultural mainstay. This was the starting point for the creation of a series of vibrant plastic wallets in 2018 that, although fraught with challenges, encapsulates the studio’s commitment to broadening Riso’s reach.

“One of the main reasons I wanted to try this project was because it was removed from the art space and incorporated different materials that people don’t associate with Riso,” explains Lu. “Creating something practical for daily life was a way to reach people outside of design fields.” The wallets comprised Risograph-printed paper sandwiched between translucent plastic wraps. But while the endeavor yielded around 20 final products, the wallets proved to be not just cost inefficient but also extremely difficult to sew together. “It was a useful lesson in understanding materials,” Lu says with a laugh.

O.OO’s design forays beyond exclusively paper materials continued, and in May 2021, its work appeared on limited-edition cans of Taiwan Beer, the country’s favorite brew. Says Liu, “It’s not Risograph, but it incorporates several of its elements such as the dotted texture and halftones.” At the time of writing, O.OO is exploring an entirely different design avenue slated for launch at the end of this year as part of a collaboration with Taiwanese shoe brand Chenjingkai Office. “It’s my new hobby,” says Lu with a smile, holding a small, brightly colored mat in an abstract geometric shape. For the designer, rug tufting—or creating intricate fiber patterns using a handheld tufting gun—has proven a useful experiment in textile design for this particular project.

Creating something practical for daily life was a way to reach people outside of design fields.” —Pip Lu

When it comes to reach, O.OO’s commercial and creative projects tell only half the story; arguably, its biggest impact is as a sharer of Risograph know-how. Liu and Lu’s seminal book No Magic in Riso has been lauded as much for its design aesthetic as its wealth of clearly delivered, practical information. Its no-nonsense title and tone were inspired by Magical Riso, a biennale event held in the Netherlands where the pair were invited to present the previous year. “It was a fantastic experience: we met lots of people who love Riso and learned a lot from them. It was more about sharing rather than educating, which is also our approach and the approach of this book,” says Lu.

“We kept things simple for the readers. We don’t want to label Risograph as this kind of high art form. It’s not. There really is no magic in Riso,” says Liu of the book’s practical slant. “It’s just a technique, and once you know how to do it, you can apply it to just about anything. Most of all, we just wanted to show our methods and how we do [them].”

From conception to publication, the book took a total of 850 days to complete, including two years of data collection and some three-and-a-half months of printing—using Risograph, naturally. Making the book bilingual was of particular importance. “When we started back in 2014, there really wasn’t much information in Chinese about Risograph, everything was in English,” recalls Lu. By the time the pair were pondering No Magic in Riso, Chinese language resources still fell short: “There was more, but it was disjointed,” recalls Lu. “A two-page PDF about color separation here, a website that talked briefly about color palettes there … There was no integrated, complete reference of everything about Risograph in Chinese, so we decided to make one.”

Despite the retro medium, Lu and Liu’s innovation and curiosity has seen them further Riso’s horizons and expand its possibilities. From applying its unique characteristics—its imperfections, inconsistencies and palette—to unexpected reaches in their graphic design practice, or by sharing their know-how internationally as the new custodians of a process older than them, the pair are driving Riso boldly, brightly forward. ca

With thanks to Desiree Niu for translation.

Currently living in Berlin via China, Croatia and her native United Kingdom, Frances Arnold is an independent writer and journalist with a particular focus on contemporary art, cities and the creative industries.