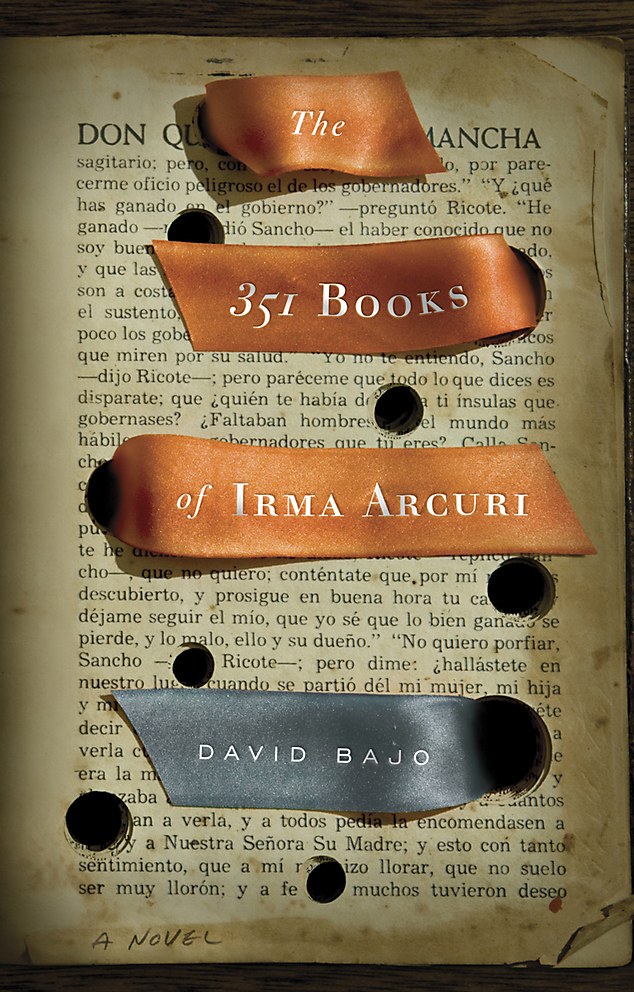 An inside peek behind the timeless book covers created by Penguin USA's design department. 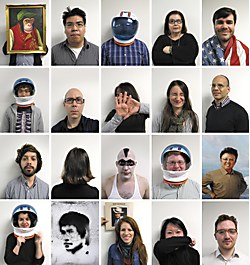 On a Manhattan subway this February—on the way to Penguin USA’s Hudson Street office—the car is packed with e-readers. To my left, a woman holds her iPad up to her nose; to my right, a jeans-and-blazer business guy pores over his Kindle.

E-book sales now account for only about nine percent of the total market. But as retailers report unprecedented e-book Christmas sales and Borders sought bankruptcy protection this February, no one really knows what the future holds for publishing and, by extension, for book cover design.

One thing's for sure. Someone’s always asking designers, breathlessly, “What will happen to book covers? Will they go the way of album covers?” Joseph Perez, art director of Penguin’s business book imprint Portfolio and its more political imprint Sentinel, offers his best guess, “There is a lot of uncertainty. Even so, I think we’ll continue to publish books in paperback, hardcover and e-book form for quite a long time.”

And then, there’s the flip side: Publishers understand that innovation matters now more than ever. Penguin has directed resources toward building a robust Web site, apps and in-house facilities for podcasting, broadcast radio and more, but cover design is another vital point of marketplace distinction. “We’re constantly working to create objects,” says Paul Buckley, the design department’s vice president, executive creative director. “Not just book covers but objects people want to own.”

Buckley and his in-house team, plus freelancers, create 600 covers annually for eight imprints, with a ninth to come. He personally oversees Viking titles and–with Roseanne Serra, vice president, art director—Penguin Paperbacks. The latter includes contemporary titles as well as those within the Penguin Classics backlist, a sandbox of more than 1,500 diamonds that, however sparkly, present an interesting design problem: For some readers, classics seem stuffy, difficult or both. 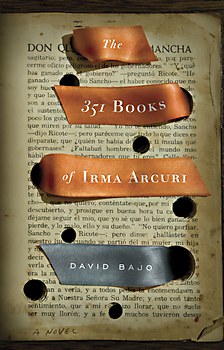 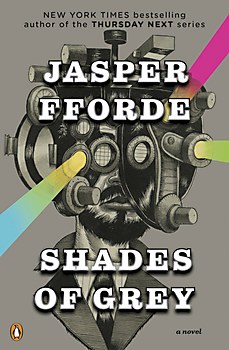 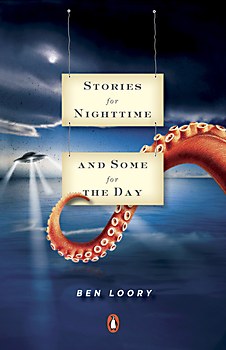 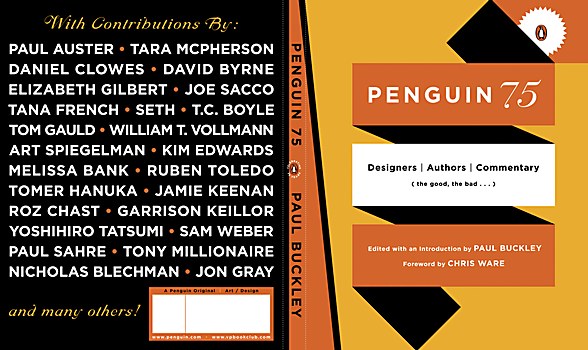 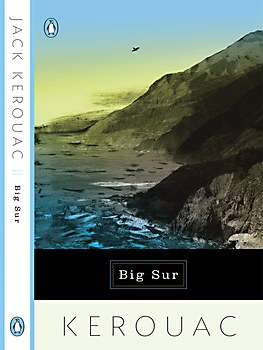 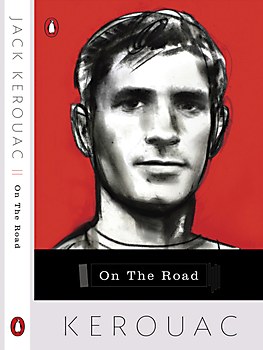 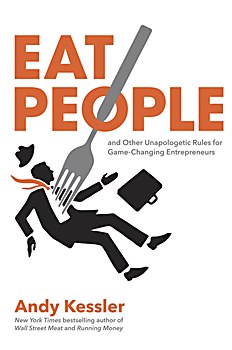 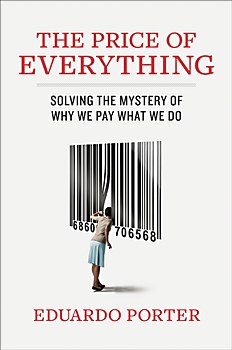 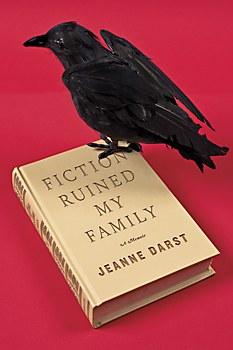 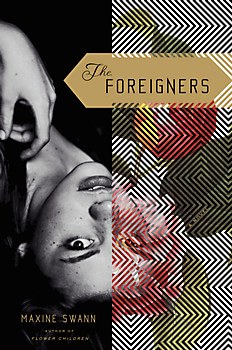 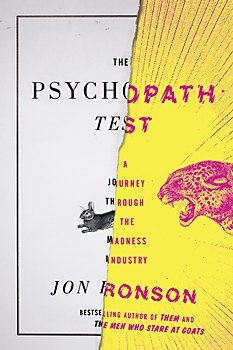 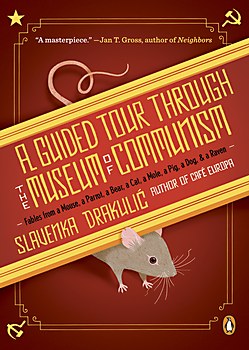 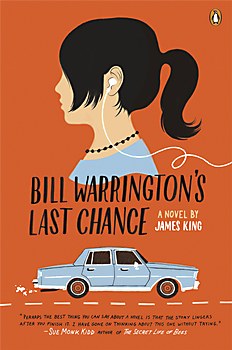 For the Marquis de Sade’s Philosophy in the Boudoir, Tomer Hanuka’s illustration, a hungry, lovemaking scene, sets up readers for the harder-core content (sodomy, syphilis) they’ll encounter within. For The Canterbury Tales: A Retelling by Peter Ackroyd, Ted Stearn’s art includes a comic-strip version of one “Canterbury tale” in which a woman tricks a fellow into kissing her ass, literally. This particular snippet of 14th-century Chaucer rivals 21st-century, Jackass-style scatology. Stuffy these books aren’t.

For the Couture Classics Series—which includes Pride and Prejudice, The Scarlet Letter and Wuthering Heights—Serra wanted a feminine look. After all, the women protagonists of these novels spend the majority of their time either fitting in or fighting manners of the day, an activity with which modern fashionistas (in their way) are familiar. Serra turned to fashion illustrator Ruben Toledo, who makes these slices of literary history feel totally of the moment.

For Emily Brontë’s novel, for instance, Toledo’s illustration featuring a Goth Heathcliff and Gothic Catherine bear down against the moorland wind. The gnarled forms of Toledo’s hand-drawn font—you can almost hear the letters creak—replicate his landscape’s arthritic fir-tree limbs, the self-same branches that famously scratch Lockwood’s window in the book, waking him for the fright of his life.

In February 2011, Buckley was working on two new series, including Penguin Threads, featuring embroidered cover art for Emma, Black Beauty and The Secret Garden. He wanted Megan Whitmarsh, whose irreverent interpretation of the embroidery tradition (yetis playing synthesizers) would shake up perceptions about the ladylike reads. No, his publisher and editor said. Not for these titles. Buckley tried to turn them onto the possibility, but the verdict remained: Nope.

Embroidery is everywhere. Artists who use embroidery to express a singular take on the world? Not everywhere. So Buckley took a break from the series to research artists for another new series, a collection of six Kerouac books. While reviewing Jillian Tamaki’s Web site, he stumbled on a side project she’d posted—an embroidered quilt that took his breath away.

Bingo. He had his artist for Penguin Threads. But before he could celebrate, he saw the fine print: “Unfortunately,” Tamaki wrote online, “I am not taking personal commissions for embroidery, nor will I be able to take short-term or editorial jobs in this ‘style.’”
I think we’ll continue to publish books in paperback, hardcover and e-book form for quite a long time.” —Joseph Perez


Buckley went for it anyway, sending an e-mail along these lines: I have a killer assignment for you, but I’m afraid you’re going to turn me down. Buckley’s psy-op tact piqued Tamaki’s interest. She was in. Within a month, she delivered three exquisite, nearly complete pieces of embroidery that will be photographed for the final covers. “And they are insanely perfect,” says Buckley.

In publishing overall, genres tend to follow visual shorthands. Business books get light bulbs, chick lit gets high heels and romance novels get shirtless men who wear their hair in long layers. “We can joke about it,” says Helen Yentus, art director of Penguin imprint Riverhead. “But my intention is to communicate, ‘Yes, I’m the book you want to read if you’re into this kind of book,’ but to do it in a way that’s visually interesting. That’s what we’re all trying to do. Find a new turn.”

As for Kerouac, his covers often get something like a grainy photo of the beat poet, cigarette dangling. Buckley knew that Vivienne Flesher’s infinitely more nuanced illustrative style would be that “new turn.” But it caused some trepidation. Was it too soft? After some discussion, he sent Flesher’s illustration for On the Road to a large internal group, including the marketing and sales department, which loved it. Next came word from the estate, “I would buy the book for the cover alone.”

The process illustrates one of the most remarkable things about book designers’ jobs: They work with more “clients” on each title than some designers do in a year. Covers need buy-in from publishers, editors and salespeople. Then there are authors and their agents (not to mention spouses thereof) or, in the case of certain classics, the estate and/or academic who wrote the preface. At times, even buyers at chain bookstores have something to say.

In vetting talent, Buckley’s particularly interested in designers who can also illustrate. However he also tries to determine how commercial artists will respond to the pileup of feedback from varied constituents. His department’s designers need to know when to persuade and when to let go.

To understand how important that is, sit in on a book packaging meeting. On a recent Thursday, a conference roomful of people gather to review about twenty covers. Most need to be ready to print in the forthcoming catalog—a tool the sales team uses to entice book-sellers—on Monday.

Given the deadline, the vibe is more jocular than you’d expect. They come to rapid-clip decisions about covers that, it should be said, have already been tweaked many times. (For one title, a stack of cover designs that didn’t make it sits three fingers high.)

For a book with the word cradle in the title, Serra presents a cover with dollhouse imagery. Note that there’s no cradle, which would be obvious and perverse. “Who wants to look at a cradle?” she says. “It’ll turn people off.”

For Kazuki Ebine’s Ghandi: A Manga Biography, they select the illustration from one design, the palette of another and the type treatment—which communicates manga more clearly than the others—of a third. Buckley marks up the printouts. Next.
We’re constantly working to create objects. Not just book covers but objects people want to own.” — Paul Buckley


Over the course of the meeting, the team discusses everything from foil (Can they afford it?) to the historic accuracy of the period costume on a Madame Bovary cover. About a cover that isn’t quite there yet, Serra says of a freelancer, “She’ll get there.”

But will she get there by Monday?

She will. Serra is sure of it.

Toward the meeting’s end, Buckley lays out his comps for the Kerouac books, for which he did the lush coloring on Flesher’s charcoal-over-photography expressions. On the spines, each Penguin logo is a different color, a break from brand consistency; Penguin logos are typically Penguin orange. Prior to the meeting, Buckley says he suspects he’ll have to change that element.

But the only real point of discussion is that, in a cover portrait of Kerouac, the writer looks too clean-cut. “Could you beat him up a bit?” asks Kathryn Court, president and publisher. Buckley can. He draws a squiggle on the printout—a furrow between Kerouac’s hard-living brow. It looks likes like the logos will go unmentioned.

Until a marketer asks, “What do you think of the logos being different colors?”

Silence for a beat. Then, “I quite like it,” says Court.

A small triumph. For now, Kerouac’s multicolored Penguins march on.
.
And so do Manhattan’s trains keep pitching and yawing through the tunnel system. Back on the subway, amid the e-books and iPods, a twenty-something kid catches my eye. He’s clutching a book, an old-fashioned paper book. As I lean forward for a closer look, he shifts his arm and, in so doing, reveals the punch line—along with his book, he’s carrying a leather-bound Kindle.

So maybe he’s not the subway-reading anomaly I thought, but he does a good job of manifesting Perez’s prediction: The industry will continue to meet demand for both physical and virtual books. For now and for a good while. ca 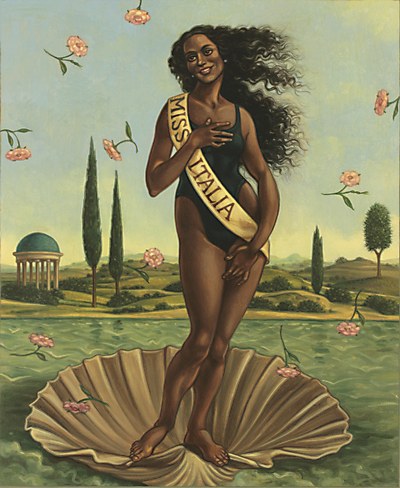 Features / Illustration
Marco Ventura
With his never-say-never attitude and a reputation for delivering great work across borders and oceans, illustrator Marco Ventura has garnered a loyal international clientele. 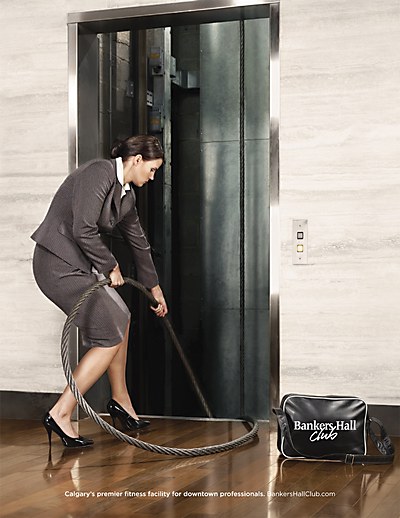 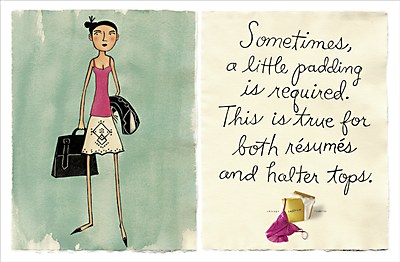