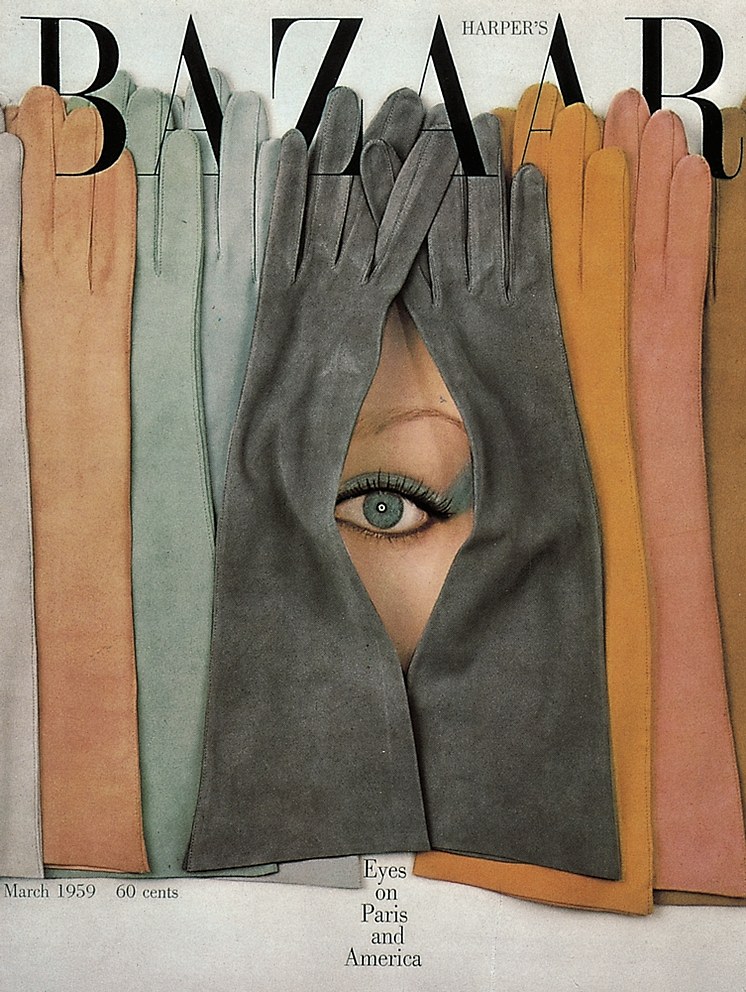 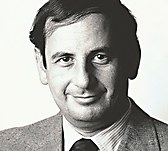 We associate Henry Wolf [1925–2005] with great magazine design, great photographs, great speeches and great advertising. We could describe him as a man who did many things very well, but Henry would have probably disagreed…on the basis that these are all the same thing, putting ideas into image form, visual or verbal. “It doesn’t make any difference whether it’s for the printed page or a screen, or a book design or an exhibition design. It’s all in understanding the problem and doing a solution.”

Born in Vienna, Austria, in 1925, Henry Wolf and three generations of his large family lived in a house built in the 1860s by a great uncle. Until Henry was thirteen, it was a secure and orderly childhood. This all came to an end in 1938 when Hitler came to power and it soon became clear that, being Jewish, his family could not stay in Vienna. A three-year odyssey through France and North Africa followed. Henry attended different schools for only months at a time. After hiding from the Germans, and living in two detention camps in Morocco, the family evaded the Nazis and due to intervention by an uncle in New York, the family arrived in New York City during Christmas week, 1941. Pearl Harbor had happened while they were crossing the Atlantic. 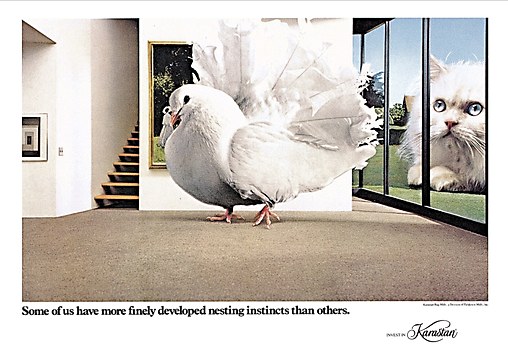 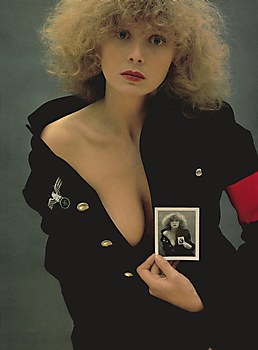 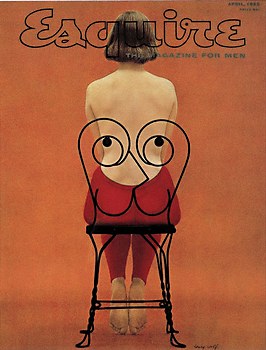 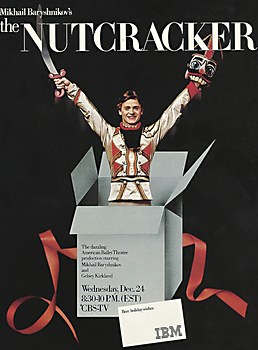 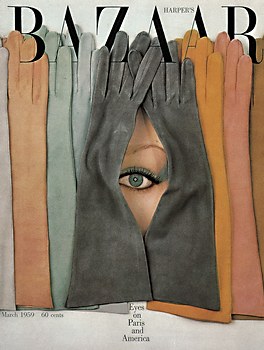 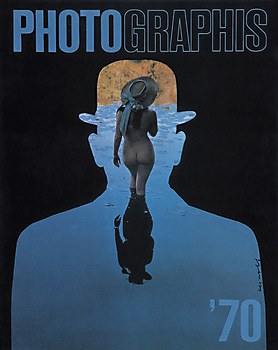 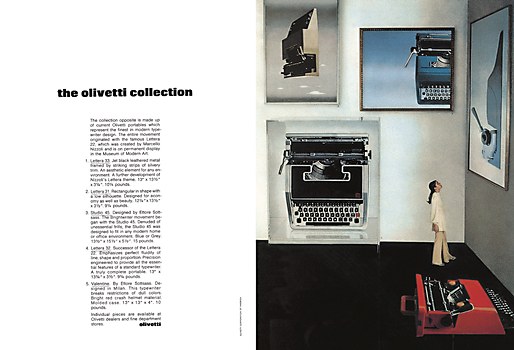 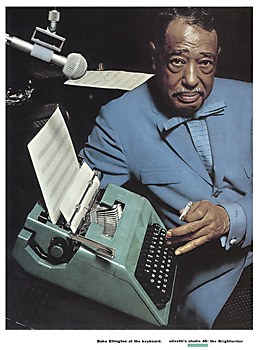 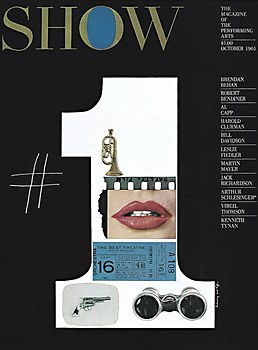 Wolf art directed three major publications. He seemed fated to be the man who followed the hard man to follow. At Esquire it was George Samerjan. In 1952, Wolf redesigned the format of Esquire and remained its art director for six years. At Harper’s Bazaar it was Alexey Brodovitch. Wolf moved to Harper’s Bazaar for three years. However, in 1961, he had the opportunity to plan the original visual format for Show magazine and art directed that publication for three years.

Then Wolf went into advertising with Jack Tinker & Partners where he worked on some of their first Alka Seltzer commercials. In 1965, he transferred to McCann-Erickson’s Center for Advanced Practice. In 1966, he joined Trahey Advertising as executive vice president and creative director. A year later, he became a partner, with Jane Trahey, in Trahey/Wolf, Inc.

“I like the work, to solve problems. Advertising can be as much fun as anything because the problems are varied and non-recurring. That’s a problem with publishing. By the time you’ve done the fourth annual beauty issue, you’re sick of it. If the problem is dull then the results are dull…whether it’s in advertising where the client is the boss or in editorial where it’s the publisher who says yes or no in the end. As long as money is involved in art, there’s always one guy that has the last word. That’s the fallacy of research and the computers and all the numbers, because, in the end, there’s just a person, the client or the publisher. If they’re far sighted, it’s fun.”
Any trend is, to a point, laziness and expedience. It affects the ideally volatile nature of style and its consistency changes from ether to something resembling crank case oil; which means it becomes difficult to influence its flow or direction. When it can be pushed, it is in gentle bends rather than sharp curves.”


Wolf’s love of photography took his career in a new direction in 1971, when he formed Henry Wolf Productions, a studio devoted to photography, film and design. For the next three decades, Wolf worked as both a photographer and a designer. He was inducted to the Art Directors Hall of Fame and the Royal Society of Arts in 1980. In 1989, he earned the Herb Lubalin Award from the Society of Publication Designers and was given a Doctor of Fine Arts by Parsons School of Design in 1996. He taught for many years at Parsons and the School of Visual Arts and Cooper Union in New York.

His way with ideas and words is well demonstrated in his writing that continues to be relevant today:
“It is a fallacy to assume we are always operating at top capacity or even at a steady level. We are subject to moods and rhythms, and the Muse only visits occasionally. Yet everyone works against at least a hypothetical time clock which is mechanical, steady and endless.

“Any trend is, to a point, laziness and expedience. It affects the ideally volatile nature of style and its consistency changes from ether to something resembling crank case oil; which means it becomes difficult to influence its flow or direction. When it can be pushed, it is in gentle bends rather than sharp curves.”

When Wolf received the AIGA Medal in 1976, Milton Glaser wrote, “When I first met Henry Wolf in the fifties, he seemed to be the most sophisticated person I had ever known. He owned a Jaguar, was always in the company of beautiful women and was already clearly the best editorial designer in the world. Not to mention his charming Viennese accent. In the sixties, he chaired a conference he called ‘Art, Love, Time and Money.’ These four themes emerge as obsessive elements in most of Henry’s work.” ca 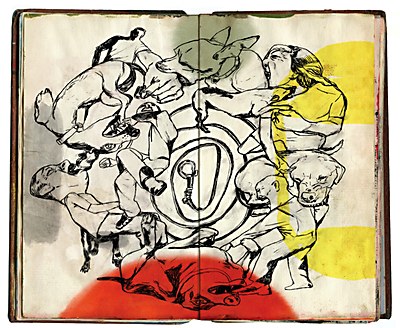 Features / Illustration
Jeffrey Decoster
The energetic work of this Pasadena, California, illustrator is ever evolving. 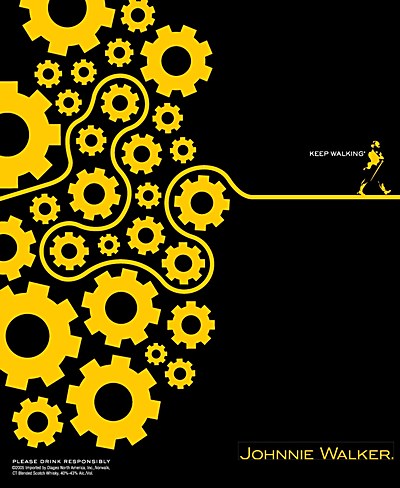 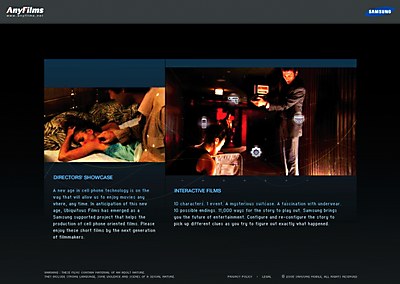