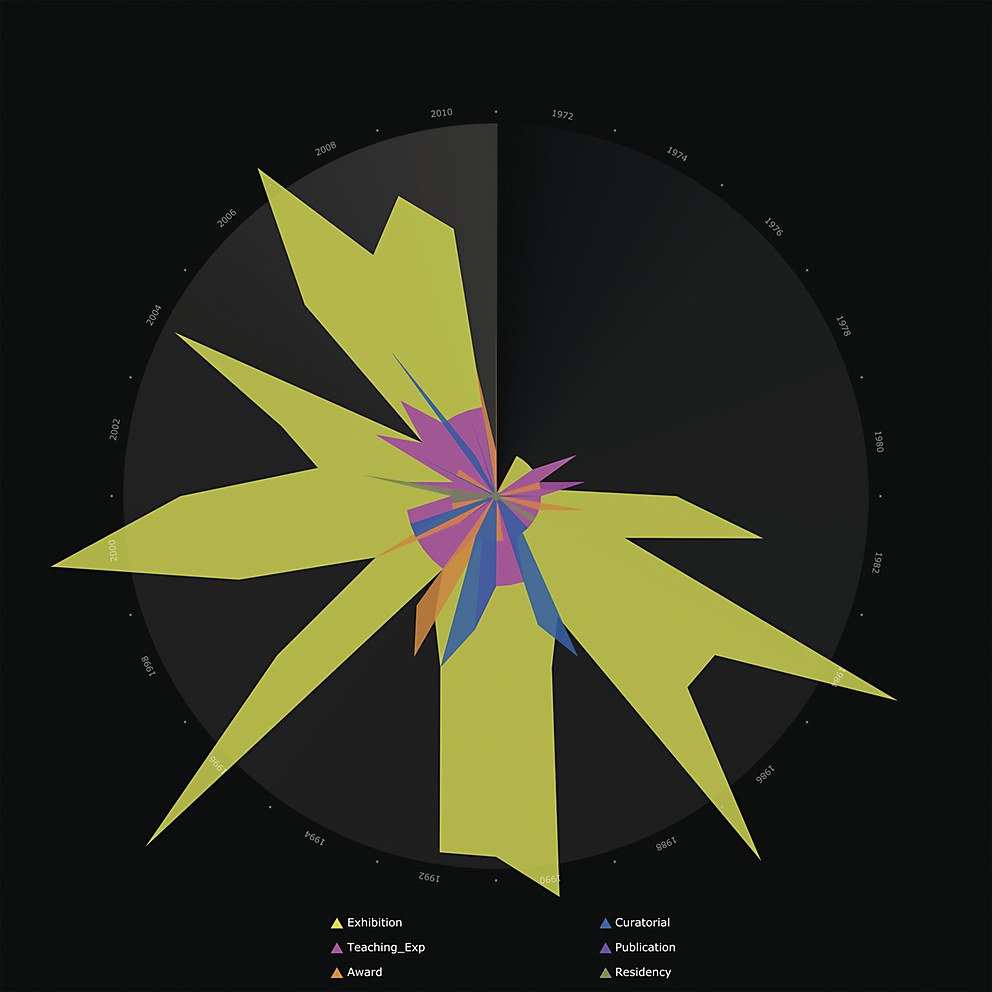 In Oakland, California, this nimble data visualization firm creates art out of statistics.

The bombs fall like raindrops. They plummet from unpredictable points above in eerie wisps and land with a precise explosion on a timeline. As drones attack more and more frequently, the tally of civilian and child victims reaches distressing heights…

This haunting animation tells the story of every drone strike victim in Pakistan, and it impacted more than a million unique visitors in its first week. The Oakland-based data visualization design firm Pitch Interactive coded and designed it for free.

“We started with nothing,” says Pitch Interactive founder Wesley Grubbs. In 2013, the Pitch team—then just three driven, passionate employees out to prove themselves—read the academic study “Living Under Drones.” They contacted the Bureau of Investigative Journalism to collect raw data sets. “We didn’t know what the data would look like,” Grubbs says. “It surprised us. We knew drones were impacting civilians, but not how much. … We wanted to dramatize the story to captivate people and get their attention.” The team told the story through metaphors. They flipped bar charts upside down to pile the deceased bodies into the ground, a symbolic graveyard, and numbered their deaths in blood red. Their chilling message was heard. In addition to receiving millions of visits, the animation-and-interactive combo was featured in the Guardian, Mother Jones and the Economist. As a result, eBay and Facebook asked to become clients.

“We do these passion projects under the philosophy that the more we do, the more people will hire us for the kind of work we want to do,” Grubbs says. But the true reason lies somewhere deeper. “I moved to Croatia as NATO was bombing Serbia. While I lived there, my friends and everyone I knew was impacted by war. The impact of war on civilians has always touched me and influenced my thinking.” 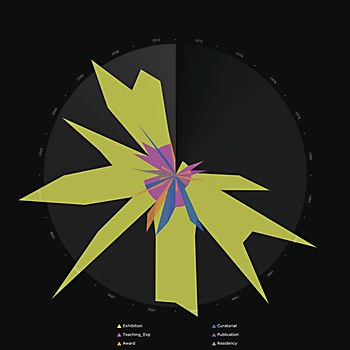 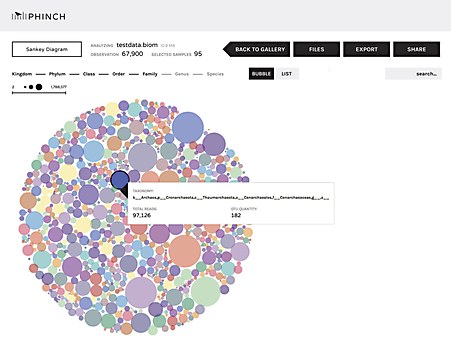 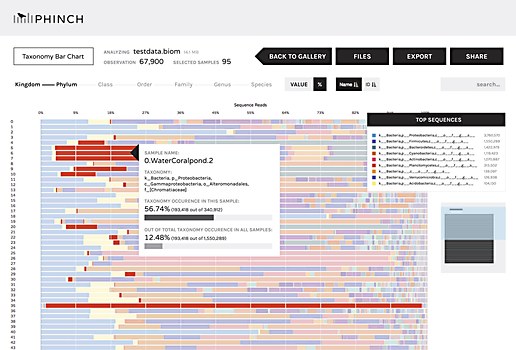 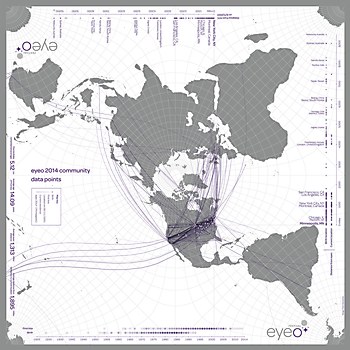 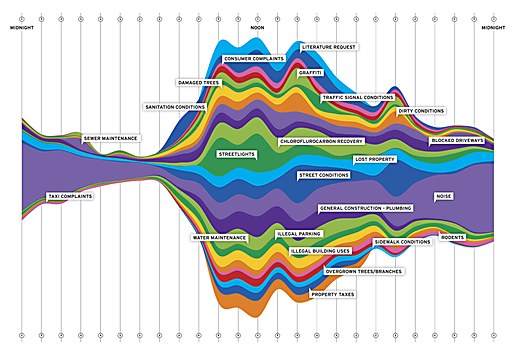 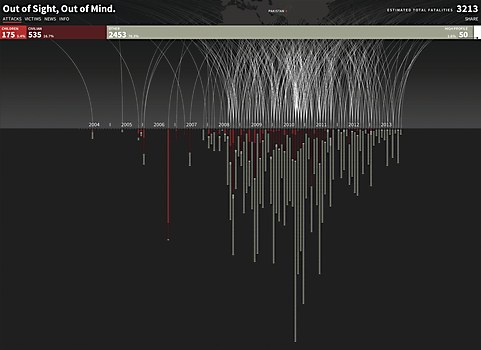 Now in its eighth year, Pitch Interactive still has no typical project. The firm thrives on passion projects and mission-driven client work, and it’s driven by the volatile, yet fruitful marriage of statistics and art. Five Oakland-based employees and one full-time remote designer in Croatia tackle ambitious assignments. Even with such a lean operation, the firm has charted the rise of Ebola for Scientific American and the effects of climate change on bird popula-tions for the National Audubon Society. Its work has been displayed in the Museum of Modern Art in New York City (MoMA) and at an exhibit celebrating the 30th anniversary of the McKnight Foundation’s Artist Fellowship program. Each of its graphics displays a scientific rigor and a reverence for statistics, balanced with sharp aesthetics. Neon lines pop against black backgrounds, beckoning even the most reluctant readers to learn about complex, dour subjects such as influenza trends and water conflicts, as well as provocative stories such as tech executive compensa-tion and the drunkest states in the country. Pitch’s work ranges from complex interactives to generative art and static graphics for print magazines.

For a water-conflict infographic in Popular Science’s print magazine, Pitch came up with a sophisticated, two-layered visual language that shows countries collaborating and fighting over water, enabling readers to understand the full spectrum of water relations. The map’s impactful design of oranges and reds—tensions and hostilities—sears into readers’ minds. “I love that I can pass off my mental picture to Pitch, and when the roughs come back, it’s so fun to see what they did to make it look so shiny and awesome,” says Popular Science information graphics editor Katie Peek. “Their style is elegant—the design elements are never just there for their own sake.”

Though its subjects are deadly serious, Pitch Interactive as a team is anything but. Perched above Oakland’s Chinatown, its office features exposed brick walls and corniced windows that look out onto graffiti-covered storefronts and bakeries filled with the sweet batter of mooncakes. They snicker over GIFs shared on the communication software Slack, but their minds are always hovering around data and design, even for jokes. Before leaving for lunch, senior technologist Adam Florin wonders whether he should bring a jacket, but concludes he has “insufficient research for that data point.”

This levity also keeps the team grounded. They balance climate change research for heavy-hitting clients with just-for-fun Friday critiques known internally as “the challenge,” in which a different staffer presents ever-more-illuminating and ridiculous data visualizations each week. Memorable presentations include a heat map tracing where Grubbs’s children were in the office over the weekend, based on vanished chocolates and toys on desks, and a scatterplot showing the correlation between the number of letters in Seinfeld episode titles and their IMDB ratings.

The team’s warmth and joyous geekiness have charmed its clients. When working with Mozilla on its recent logo redesign, Grubbs was ecstatic when Mozilla approved Pitch’s latest mockups—so ecstatic that he began to dance. Little did he know, his webcam was still on. While the Mozilla team quietly chuckled to themselves, Grubbs pretended to swing a bat as if he had hit a data-visualization home run. “That’s how much energy he brought to the project,” says Sean Martell, art director at Mozilla. “He turned beet red as soon as he realized we could see him dancing, and that moment we all got a little closer and more comfortable with each other. It made us a bit more relaxed, thinking, ‘You know, I would do something like that.’”

I’d like to do more art-related projects, like generative art. It fits into our mission of helping define the current for the future.”—Wesley Grubbs

The product of a geologist father and professional cake-decorating mother, Grubbs was surrounded by data and art from an early age. Though he initially credited his creativity to his mother’s ornate confections, he later realized another source of inspiration came from his father’s office: seismic graphs. He played with his father’s tools and would devise “experiments” to conduct. “I would drop acid on rocks and watch them bubble.”

Grubbs, who is originally from Arkansas, studied international economics at the University of Arkansas. “I was really fascinated with the idea of all things in the world being connected,” he says. “On the first day of class, my professor asked us, ‘What is one of the primary indicators that the CIA uses to determine the amount of heroin in New York the following year?’ The answer was the price of bread in Afghanistan.” Statistics ignited his imagination.

Gradually, Grubbs taught himself how to code, and he spent three years building websites in Croatia. When he moved back to the United States, he got a master’s in information systems from his alma mater and immersed himself in data. On the side, he designed websites for big-name clients like the New York Public Library and worked on a contract basis for the Annenberg Foundation. Then he landed a job as inter-active director at the design and ad agency Planet Propaganda in Madison, Wisconsin. “It was a terrible experience, working in an environment where you absolutely don’t fit. I wanted to put more emphasis on technology, and I realized quickly that wasn’t going to happen.”

In 2007, Grubbs decided to strike out on his own—with the help of his Croatian friend and designer Mladen “Tipo” Balog—and Pitch Interactive was born. Grubbs also joined a programming Meetup group and discovered Nicholas Yahnke, who was then nineteen and stocking grocery shelves. Yahnke, dressed in a necktie for an interview, asked to become Pitch’s intern. “It was kinda cute,” Grubbs says. At that point, Yahnke had only built a Chuck Norris joke website, but he started developing websites with Grubbs and Balog.

At first, Pitch designed and developed digital interfaces for Leo Burnett and built interactive Shrek games for McDonald’s. But after the team published a data visualization showing the romances between Oscar-winning versus non-Oscar-winning actors, Wired called. Then Esquire. “We had this knack for something fascinating and new,” Grubbs says. By 2009, Pitch was exclusively focused on data visualization.

I was really fascinated with the idea of all things in the world being connected.”—Wesley Grubbs

Today, the six-person team consists of designers, coders and a designer-coder, whom Grubbs refers to as the bridge. Senior technologist Adam Florin has worked as a freelance software developer for MoMA and others, and he worked on the Google Chrome Web Lab, among other interactive installations. He also has an MFA in music technology. “You need to have someone on your team who understands both code and creativity,” Grubbs says.

When a client brief arrives, the studio is careful not to start designing before completely digesting the data. Yahnke, Florin or Grubbs uses data-crunching software such as Tableau or D3 to quickly generate traditional graphics, like bar graphs, to notice patterns and stories. Grubbs likes to tell his team that statistics are human stories that have been digitized. “It’s our job to rehumanize it,” he says.

For example, in working to visualize the impact of eBay’s fundraising response to the 2013 typhoon in the Philippines, the team noticed several very human stories: donations came from far and wide, and even an $8 donation contrib-uted to the bottom line of $23 million. To demonstrate the geographic breadth, as well as how small contributions add up to a staggering amount, the resulting interactive on eBay’s Social Innovation page shows donations sailing from seemingly random pinpoints across the globe and adding up in the Philippines.

When enough graphics showing the outline of a story are collected, the engineers put them in a presentation and share it with the entire staff. Then—one of the key benefits of a small office—they agree collectively on the patterns they’d like to design. Next, Anna Hodgson or another designer draws a rough sketch and essentially storyboards the interactive in Illustrator. Along the way, designers check in with the engineers to ensure that their lovely designs are programmable.

“It’s like a marriage,” Hodgson says. “We still have fundamental disagreements about how things should function or look.” For example, in a recent interactive for the organiza-tion Between the Bars, Hodgson and Katarina Madrid wanted to show the racial demographics of America’s jails, whereas Grubbs and Yahnke preferred to compare the sheer number of prisoners in the United States with the number of prisoners in China. “We talk it out and find a way to do both,” she says.

For its future, Grubbs still envisions Pitch as a small, agile team that stretches itself by doing projects in as many fields as possible. “I’d like to do more art-related projects, like generative art,” Grubbs says. “It fits into our mission of helping define the current for the future so that when people in 50 years look back at us, they don’t just see LOL cats and animated GIFs of gerbils doing crazy things. They can look back at this time and actually see contributions to culture and art … because doing art with numbers and statistics is really exciting.” ca 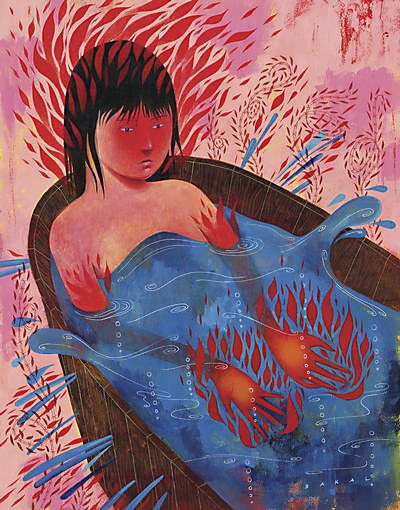 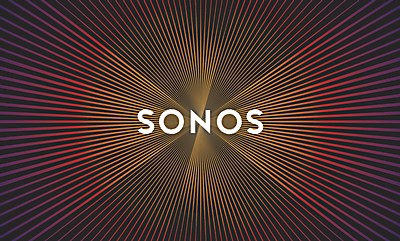 Features / Design
Bruce Mau Design
This celebrated environmental and brand design firm shifts its model from Superman to the Avengers. 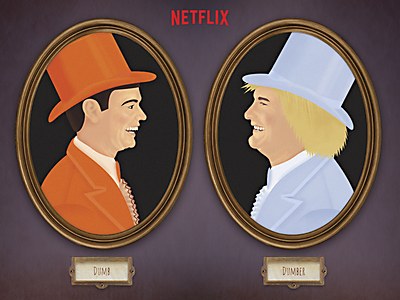