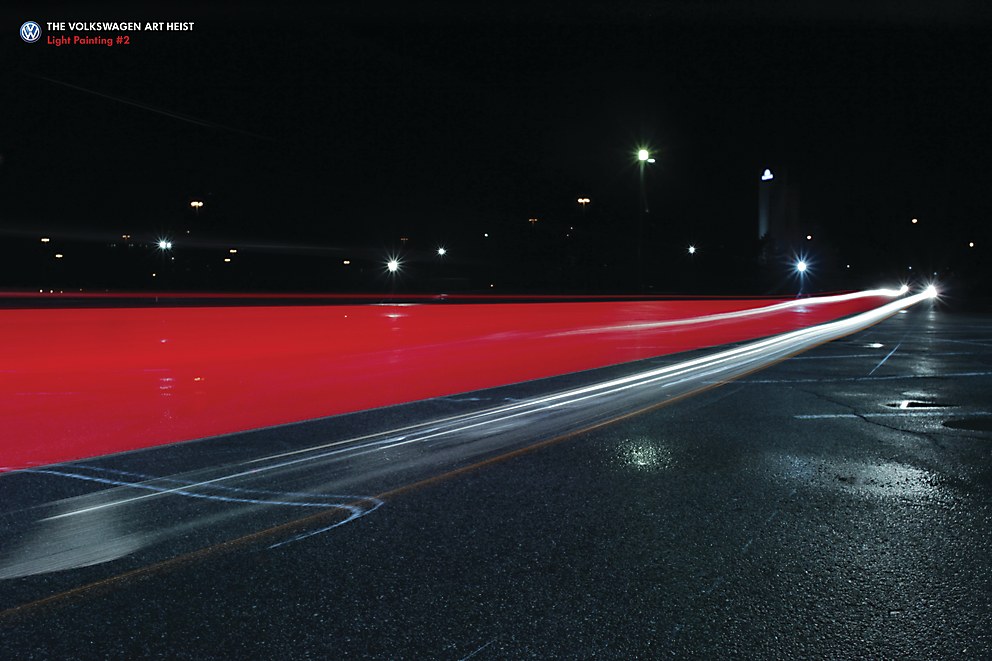 Its “we’re-in-it-together” attitude enables this boutique agency in Toronto to hoist up powerhouse brands.

Red Urban is located on the thirteenth floor of a high-rise in downtown Toronto’s upscale Yorkville neighborhood. The space, undergoing renovation, is shared with a number of other firms in Canada that are also owned by agency holding titan Omnicom Group. This includes DDB Canada and Interbrand. But Red Urban’s modest office gives little indication of the major impact the agency has been having in North America for brands like McDonald’s and Subaru.

No awards line the shelves (although you’ll see plaques used as bookends). The space contains no foosball tables to suggest a work hard, play hard culture. And not a lick of Red Urban branding is emblazoned on the walls.

Yet this unassuming, tight-knit group of about 25 people is an idea-generating powerhouse for Omnicom.

In August 2016, Omnicom won McDonald’s creative account in the United States over Publicis Groupe on an idea from Red Urban. Less than six months later, in the first quarter of 2017, its idea—There’s a Big Mac for That—launched in the marketplace with an integrated ad campaign. Those who watched the Super Bowl LI pregame show, the Grammys or the Oscars that year may recall seeing a commercial in which a rapper, backed by a drumline, celebrates the everyday moments in life warranting a Big Mac—or a Mac Jr. or Grand Mac, which the commercial advertised as being available for a limited time. The campaign also included 125 unique digital and social pieces.

Over a late breakfast at members-only club Soho House, Christina Yu, executive creative director at Red Urban, says, “It is unheard of that a new client buys pretty much what you pitch. It just doesn’t happen. But the final work for McDonald’s ended up being very, very close to the pitched work.”

Red Urban is one of a number of agencies that Omnicom leans on to help solve difficult creative briefs. In the case of McDonald’s, Yu flew out to Chicago to be part of the pitch team. But there was no time for the agency to pop open champagne to celebrate the victory. In winning the business, Omnicom opened a new creative agency in Chicago, called We Are Unlimited, that was initially dedicated solely to its new client. 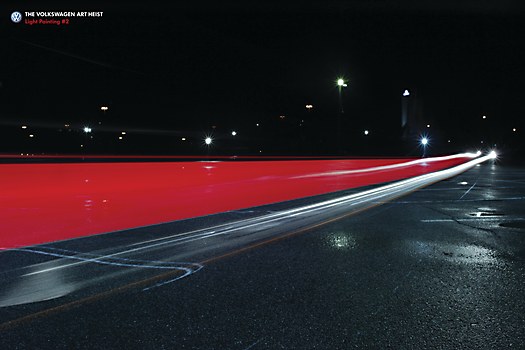 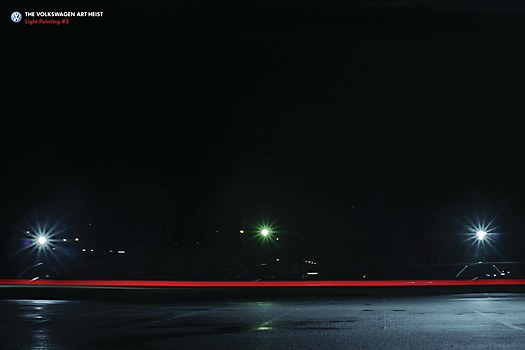 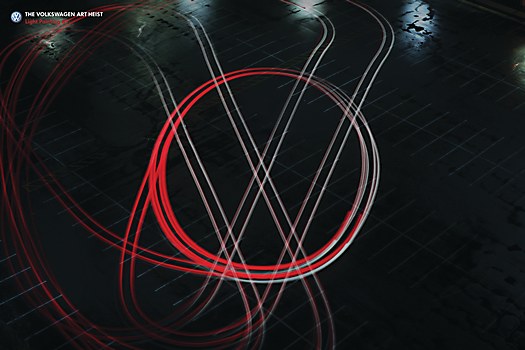 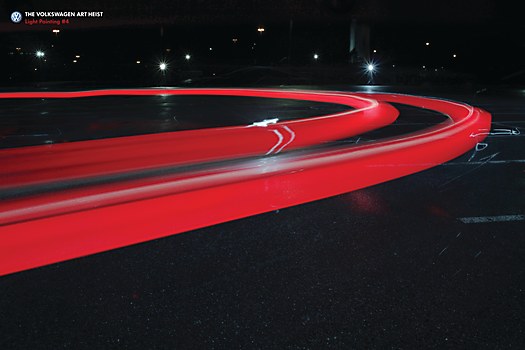 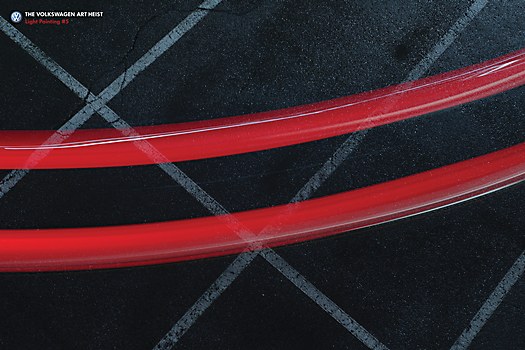 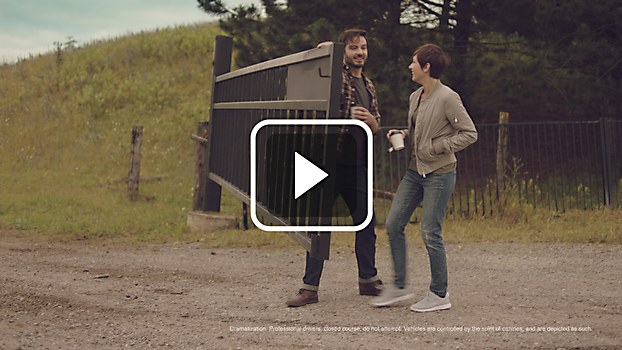 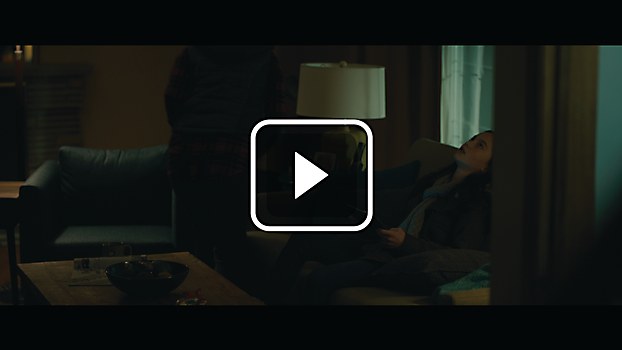 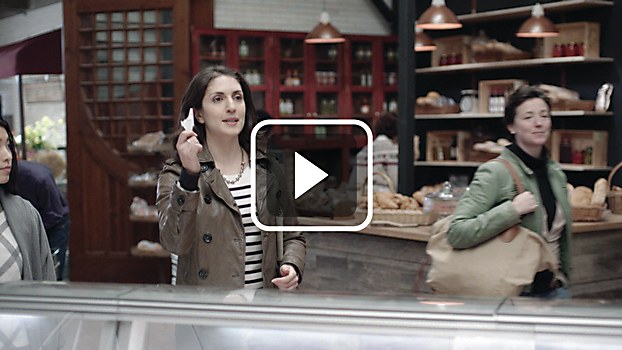 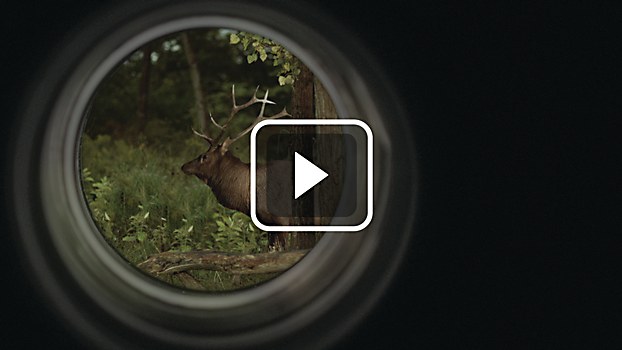 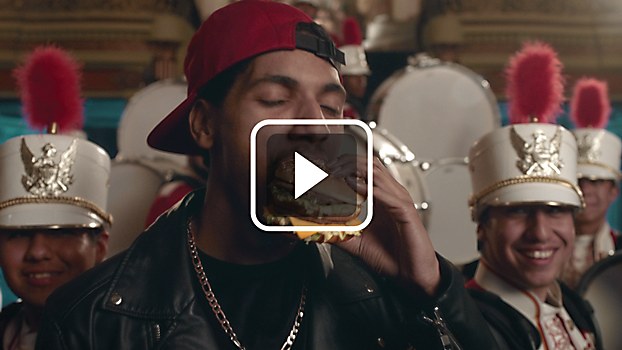 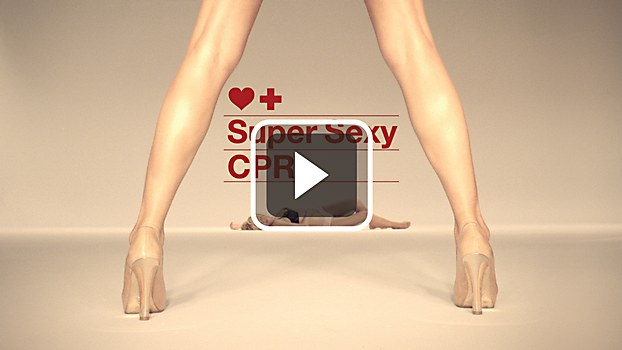 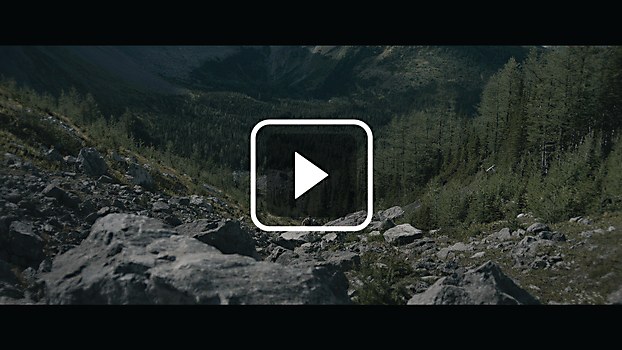 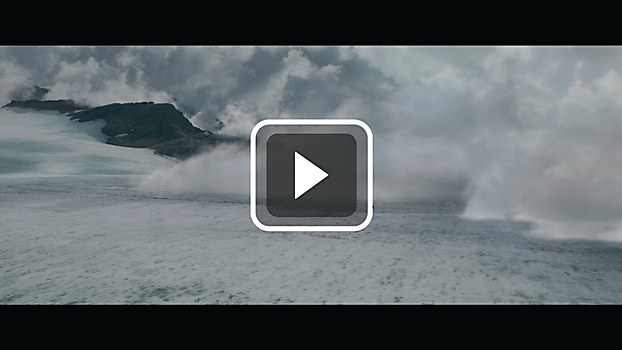 “Christina was essentially acting as the creative director for the early employees at the new agency,” recalls Red Urban president Steve Carli. “And so she had to manage both what was happening in Chicago with McDonald’s, and also in Toronto with Red Urban.”

Building an agency from scratch in such a short time period created all kinds of challenges. “It was crazy; and in retrospect, when I think about all of the work that we did, I would actually call it insane,” says Carli. “But Christina is really calm in stressful situations. She has a we-can-get-this-done attitude.”

In the first quarter of 2017, McDonald’s enjoyed a lift in US same-store sales over 2016, thanks in part to the brand’s limited-time offering of its signature Big Mac hamburger in new sizes.

A STAR'S ASCENT
Back in 2009, Omnicom was looking to open a digitally led creative boutique in Toronto, and decided to make it part of the Amsterdam-based interactive group, Red Urban, that the holding company had acquired in 2006. The Toronto boutique’s first client would be Volkswagen Canada. It needed someone with digital savvy and energy to lead the creative product. Someone who could hold ground with clients.

Yu was Red Urban’s first creative hire. Carli joined about ten months after the agency officially launched in January 2010, returning to his native Toronto from the Chicago office of Crispin Porter + Bogusky, where he led new business development. “I saw the coming together of this young creative talent in Christina and a great iconic, global brand in Volkswagen,” says Carli. “I wanted to be part of it.”

The vibrancy and energy of work is driven by a lot of youthful people, and to deliver the best possible work today, they really, really help.” — Steve Carli

Yu’s ascent in the Canadian ad scene had been rapid. After she graduated in 1999 from OCAD University (formerly the Ontario College of Art and Design), she had stints at Taxi and BBDO. At 27, she was named creative director at Lowe Roche. During her tenure there (2005–2009), she worked on accounts for Stella Artois globally and Virgin Mobile in Canada, and Lowe Roche was named Agency of the Year by Marketing magazine in 2007.

“She is a very, very talented art director to start. She grew up with a mouse in her hand and not a pencil, and has a way of getting the best out of people,” says Geoffrey Roche, who hired her at his eponymous firm. “She is about the size of a dime, but she is a force of nature. And I think her best is yet to come. Given the right canvas, she can do anything.”

Many clients clearly agree. Red Urban has attracted brands like Nestlé Purina, Labatt Brewing Company and Canadian retailer Hudson’s Bay Company in part on the strength of her reputation and past work. Subaru Canada hired Red Urban in 2015 after the agency ended its five-year relationship with Volkswagen Canada.

“They are a relatively small agency, but Christina and her team bring a lot of depth creatively,” says Ted Lalka, vice president, product management, marketing and customer experience, Subaru Canada. “It is not like one commercial is the same as the second and third and fourth. If you take a look at the spots they’ve done for us, each represents a feeling and personality unique to the vehicle brand.”

Red Urban’s work for the automaker includes the beautiful Dark Sky campaign, which inspires families to get out of the city in a Subaru Outback and look up. The agency worked with the Royal Astronomical Society of Canada to create authentic activations for the campaign, with up-to-date stargazing information.

Recently, the 2018 Subaru Legacy was positioned by Red Urban as a tongue-in-cheek “paradigm shift” and a vehicle that “disrupt[s] the SUV”—a sport utility sedan (SUS). Despite competing in a category on the decline in North America, Subaru’s midsized sedan enjoyed a boost in website and dealership visits and ultimately sales, says Lalka.

FIGHT CLUB RULES
How does Red Urban continue to punch above its weight creatively?

Both Yu and Carli give a lot of credit to the young people on the agency’s payroll. More than half of its staff are under the age of 30.

“The vibrancy and energy of work is driven by a lot of youthful people, and to deliver the best possible work today, they really, really help,” says Carli. “And as people who were both afforded opportunity early in our careers, we feel a responsibility to bring up young talent to be the agency leaders of tomorrow.”

We want people to have no inhibition. Because you never know. … A little nugget of an idea from a junior could be the biggest idea for a campaign, because then a senior person is able to shape and articulate it.” —Christina Yu

To do that, Red Urban brings everyone from the agency together on a client brief. And then it invites—or, more accurately, demands—thought starters, no matter how seemingly ridiculous, from everyone in the room.

“That is the rule of ‘Fight Club’: you have to come in with ideas,” says Yu. “And we tell people that no idea is a bad idea. We want people to have no inhibition. Because you never know. … A little nugget of an idea from a junior could be the biggest idea for a campaign, because then a senior person is able to shape and articulate it.”

For example, the idea to position the Subaru Legacy as a sport utility sedan came from a very junior team. “One of them was just three months out of school,” says Yu. “He was able to go back to OCAD as a speaker with a full campaign in his book. That is what happens when an agency allows anyone to be able to win opportunity. When you have senior and junior people together, you really start to have interesting conversations.”

Now 41 years old, Yu doesn’t just have a thriving career in advertising. She is also a mom to four-year-old twin boys. When she was 26, she was quoted in the trade press on her goals for the next decade. It included teaching at her alma mater (check), becoming a creative director (check), and being married with two kids and a dog (check, check and check). “The white picket fence was about the only thing I didn’t get,” she says with a laugh.

So, when she hears from young women who think they can’t have a career in advertising and also be a mother (as she sometimes does while attending industry panels and other events), “it really hurts,” she says. “It is disheartening that women only a few years into the business are thinking, ‘There is no way I can do both.’ But you can. I try to get home and see the kids during the week, and I’ll pick up the computer once they go to bed. It is about reworking your schedule [if] you do have kids.”

However, she acknowledges that mothers need supportive work environments to make it work. Because Red Urban is such a small team, she says if someone needs to leave to pick up a sick kid from school, then “there is another person who already knows everything about the project and can do what’s still needed to be done. And that really helps in making things easier for people to work around family schedules.”

That collaborative atmosphere has been one of the keys to Red Urban’s success. It is also what’s made the boutique such a valued partner to Omnicom when the company is in need of fresh thinking. “No matter what the timelines are or how big the brief is, we always deliver our creative ideas to them in a deck that is easy to understand,” says Yu. “They will always get something from us.” ca 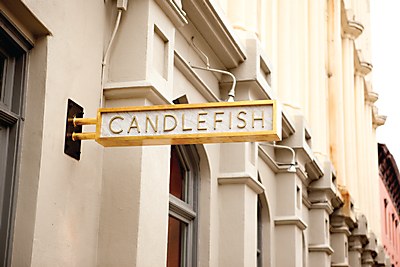 Features / Design
Fuzzco
A Charleston-based duo has honed their design studio’s own point of view. 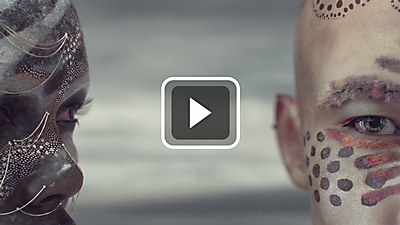 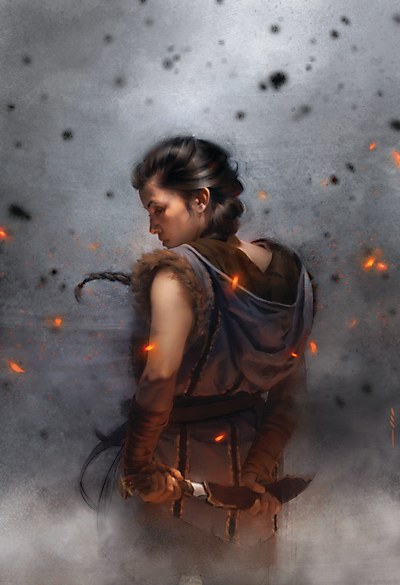