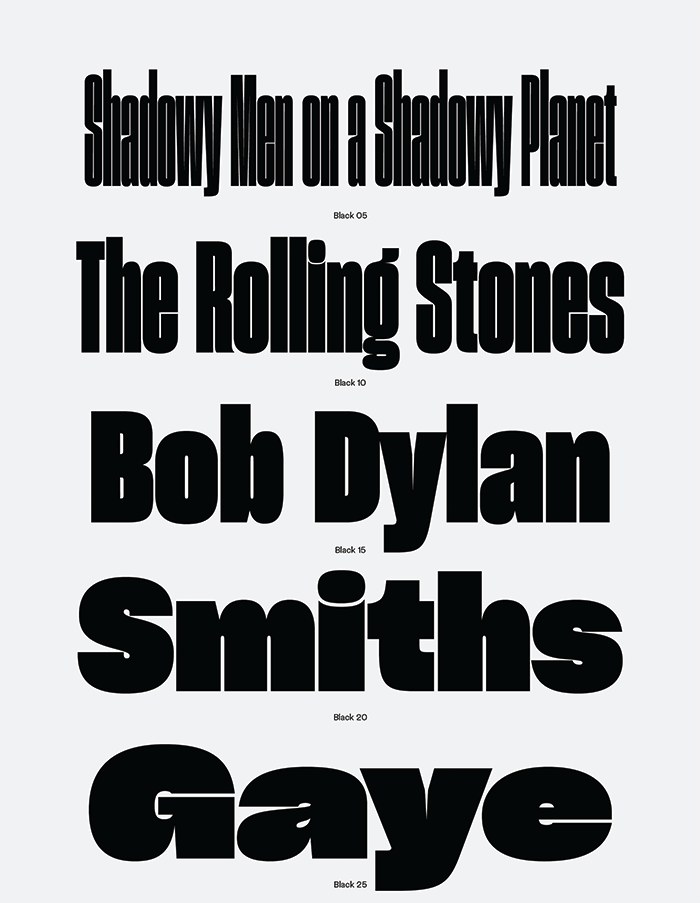 To pursue typography as a practice, designers must first overcome multiple barriers, including money, tools and education. Chantra Malee Montoya-Pimolwatana and Lucas Sharp, cofounders of Sharp Type, know this all too well, which is why with their business ethos and The Malee Scholarship—their nonprofit that supports female type designers from underrepresented ethnic groups in the industry—they’re introducing more designers to the world of typography and helping them hurdle the discipline’s barriers to entry.

I’m tempted to describe Sharp Type as a collective more than a traditional foundry. With no concrete physical location as of this interview—Malee and Sharp opened a New York City office months before the COVID-19 pandemic and have since closed it—the foundry comprises a full-time team of seven across multiple time zones. Currently, the cofounders live most of the time in Marin, California, where they’re closer to Sharp’s family. They also travel back to Newport, Rhode Island, where Malee grew up, to be near her family.

Partners in life as well as in business, the two met at Parsons School of Design in New York City, where Malee received a bachelor’s in business from the university’s design and management program. “It was kind of what it sounds like,” she explains. “You basically take a lot of graphic design and design theory classes as well as standard business courses. Growing up in a very entrepreneurial family, my end goal was to be an entrepreneur.” Upon graduating, Malee scored her first job as a project manager at Love & War, a boutique branding agency in New York City, and eventually became a senior project manager. 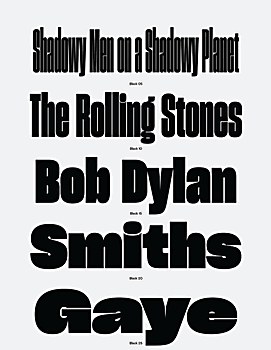 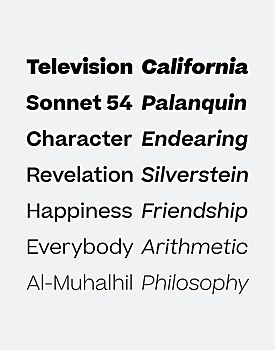 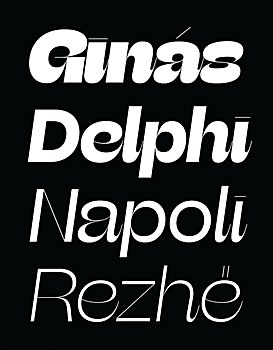 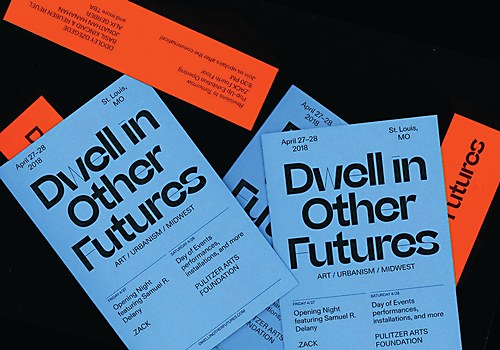 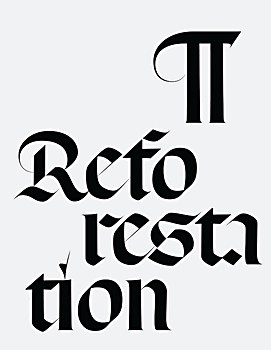 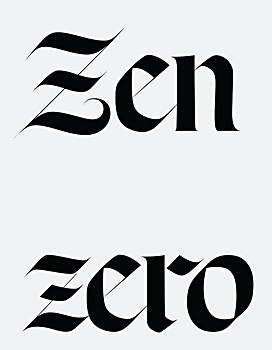 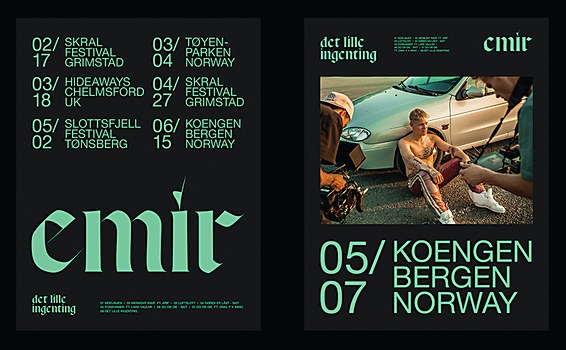 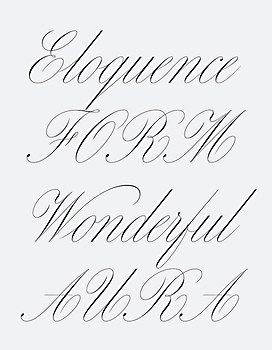 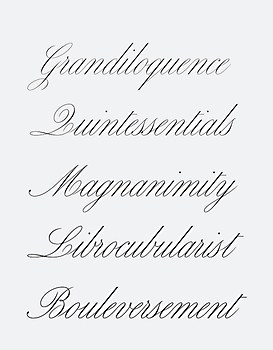 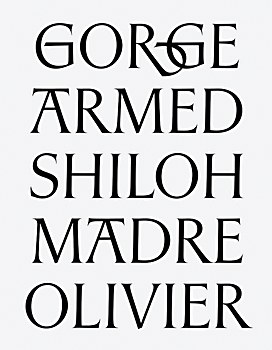 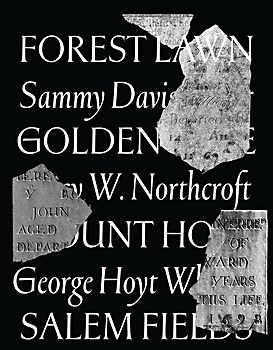 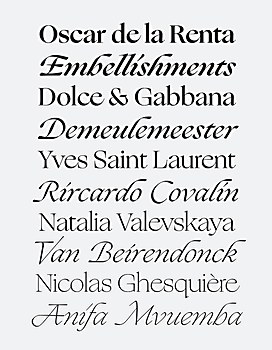 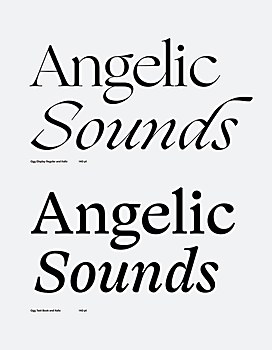 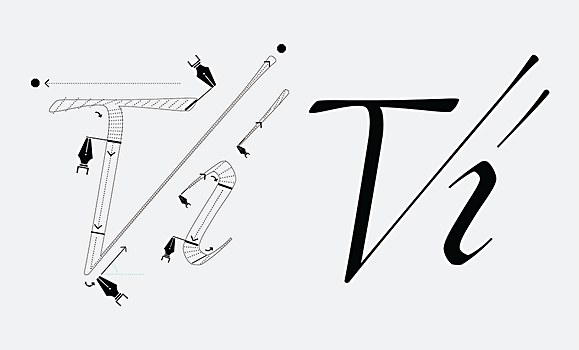 At the same time, Sharp attended Parsons for the communication design program. “I came from a fine arts background, but both of my parents were kind of starving-artist types,” he explains. “That economic impetus pushed me toward commercial arts with the idea to not take on some student debt.” However, Sharp’s studies left him wanting a more fundamentally creative practice. “I’d always been a student of form,” he says. “Type design returned me to working with raw counterforms, negative and positive space, and playing with form. I could explore the beauty of that without having to be pulled into a teacher’s or a client’s expectations—a niche within this larger world.

“Also, just like everything in life,” he continues, “I had a really good teacher.” Joshua Darden, founder of New York–based foundry Darden Studio, mentored Sharp in type design while teaching as an adjunct professor at Parsons. “Joshua was a window into the world of type design, and I just soaked it up,” Sharp recalls. He would eventually intern at Darden Studio and then continue to work as a freelance type designer there.

It was when Malee and Sharp had moved in together and several years had passed when Sharp came up with a business proposal. He had been building up a library of fonts and was looking for a partner who would take on the responsibilities of project and foundry management. On the other side, Malee was looking for an opportunity to begin a business of her own. “But it was a big leap of faith for both of us,” she says, “because living together is already a [challenge] when you’re young—and then deciding to run a business out of your one-bedroom apartment?”

Both Sharp and Malee laugh, and then she resumes: “But really, it evolved very quickly into something serious. I think we both realized what we brought to the table. And that’s how it all started.”

Type design returned me to working with raw counterforms, negative and positive space, and playing with form. I could explore the beauty of that without having to be pulled into a teacher’s or a client’s expectations—a niche within this larger world.” —Lucas Sharp

In 2015, the two cofounded Sharp Type in their New York City apartment. After about six months there, they moved to Spain, first to Granada and eventually to Madrid. Malee, who’s of Thai, Spanish and Native American descent, had studied Spanish at a summer program there. When Sharp suggested they move, she jumped at the chance, and the foundry began a productive two-year stint, landing some big clients in short order. In 2015, Samsung commissioned a customized version of Sharp Sans, the foundry’s flagship sans serif, for its Galaxy line of products; soon, Samsung Sharp Sans would become the conglomerate’s official font for all its communications. In 2016, Michael Bierut of Pentagram engaged the foundry for a sturdier version of Sharp Sans for Hillary Clinton’s 2016 presidential campaign.

“It became pretty clear that we were cumulatively so much bigger than the sum of our parts,” says Sharp. “Having Malee’s organizational skills, project management skills, strategic mind, and the vision of our connections and talent network let us take on ambitious projects that would have been unfathomable on my own.”

Malee returns the compliment: “Obviously, we wouldn’t be successful without good product,” she says. “Lucas brought that to the team, and he also has an incredible vision for how to grow our library and identify our market and ideal clientele.”

The pair’s vision for Sharp Type was a combination of artistry and utility that would captivate designers. “We want to appeal to a large audience, but we also don’t want to be pigeonholed into any one genre. We want to keep our library incredibly diverse, fresh and forward thinking,” says Malee. “What’s great about how Lucas proceeds in type design is that his ideas always originate from something external that he just has to pursue.”

Take, for example, Respira, Sharp Type’s blackletter font released in 2017. The ornamentation typical of blackletter fonts gives way to more modest forms, lending a contemporary quality. However, its inspiration came from ancient sources: illuminated manuscripts that Malee and Sharp saw in a Granada cathedral. The calligrapher had kept the lettering’s foundational vertical strokes simple while hinting at serifs with curving terminals. Sharp saw the potential for a lighter take on the typically dramatic blackletter font.

Other fonts in the foundry’s library revive historical perspectives on lettering. In 2019, Sharp Type’s senior type designer My-Lan Thuong began Carta Nueva, a delicate yet vivacious Spencerian script font based on a 170-year-old calligraphy manual by an unknown author, which Malee and Sharp came across at a summer book fair in Madrid. “My-Lan’s a friggin’ beast,” Sharp says in awe. “Every single little glyph in there, every currency symbol, every reference mark is so deliberate, so original.” Thuong has been expanding Carta Nueva to work as a multidirectional font in both a back slant—as originally intended—but also in vertical settings, defying expectations of what script fonts can do.

For Greenstone, another historically inspired display typeface, Sharp Type technical director and senior type designer Connor Davenport combined the functionality of designer Oscar Ogg—of whom both Malee and Sharp are fans—with American and British stone carving from the 19th and 20th centuries. For reference, Davenport would travel to the Newport-based John Stevens Shop, the oldest continually operating stone-carving shop in the United States and close to where Malee grew up. “Connor would look at a gravestone at the shop that was like 500 years old and see how the letterers were drawing connected Gs or weird serifs on top of their As,” says Sharp. He and Malee also obtained Ogg’s personal archive of unpublished papers. “We got this huge treasure trove of undiscovered reference material and let Connor have first dibs for his project,” Sharp says.

This support exemplifies how Sharp Type’s cofounders assist their team. They prefer to describe their roles in terms of consulting instead of art directing. “We have what we call ‘collaborators’ who come from different places and have varied interests in type,” explains Malee. “We team up with them on their projects because we’re inspired by their work. And it’s all very much their work, but we try to get on the same page in terms of their vision. It’s mutually beneficial that way.”

“It’s part of our incentive structure as well,” Sharp says. “Everyone gets one day a week to do their own stuff for which they retain the intellectual property rights. We also have people who are doing their own work that we’ll publish, and we contribute as producers, helping them with proofing, mastering and research.” The foundry delivers the typefaces through its platform, but it’s a way for “people to always have a diamond in their mind,” as Sharp says.

The cofounders also established the Malee Scholarship in 2019, encouraging female type designers of underrepresented ethnicities in the industry to apply for the chance to win $6,000, a license for the font editor software RoboFont (donated by RoboFont) and a mentorship with Sharp Type. The money offsets costs for those facing the discipline’s considerable financial barriers. “What we learned when we were reading about our applicants was that sometimes they wouldn’t be able to get basic books on Amazon because, for example, it wouldn’t ship to their country,” Malee says. “Or $100 for a standard type book wasn’t within their means. There is a barrier to entry with the type industry, and we’re at least trying to make it more accessible to a very small percentage of [type designers] that we can reach.”

In addition to the winner, three applicants receive the title of finalist and also get the opportunity for a mentorship. Lastly, several designers get
recognized as Women of Typographic Excellence, a title that Malee describes as those who “either have or are on a trajectory to establishing themselves in type,” she says. “We created the third tier because we wanted to show off more designers’ work.”

For the mentorship, The Malee Foundation requires all finalists to have begun a project that Sharp Type can develop with them in six to eight meetings over two months. These projects can be at any stage. “We’ll meet them wherever they are,” Malee says. “Some have gone way past ASCII and have all their diacritics; others are just starting and have just the alphabet, basically.” The mentees meet with everyone on the Sharp Type team, receiving critique on their work and learning about production methodologies. Malee also teaches them the practicalities of foundry management, something she feels that traditional art education lacks. “You can go to art school for six years and never learn how to represent your own work,” she says. “So that’s another aspect that we’re trying to educate them on: respecting and protecting their IP.”

The scholarship’s gifts also come with a call to action to pay this kindness forward, encouraging recipients to think about how they can affect change in the type industry. “As cheesy as it sounds, I think it’s important to remember and be grateful for the generosity you’ve received from other people and to pass that on when you’re in a position to,” she says.

More international reach is also on the horizon for Sharp Type. The foundry looks toward consulting with type designers fluent in scripts other than Latin. This is certainly the next step for Sharp Grotesk, the foundry’s Frutiger-inspired sans serif. “We have Thai,” Sharp says, “we’re finishing pretty much full Cyrillic and we’re developing the Greek right now.” Soon, he hopes to begin working on East Asian scripts, like Korean, Japanese and eventually Hanzi languages, with guidance from the foundry’s Hong Kong–based typeface designer Calvin Kwok.

If one thing is certain, Sharp Type’s future gleams with many more diamonds from the team’s minds. And there’s an incentive for us to stay sharp: “We’re going to come out with some bangers in 2022,” Malee promises. ca 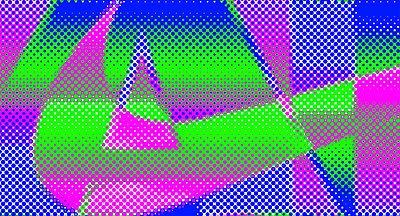 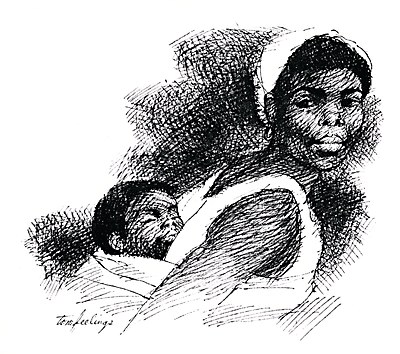 Features / Design
Black Artist in Graphic Communication
In an introduction to a reprint of Dorothy Hayes’s 1970 CA article, Dr. Miller unearths part of the buried history of Black graphic designers. 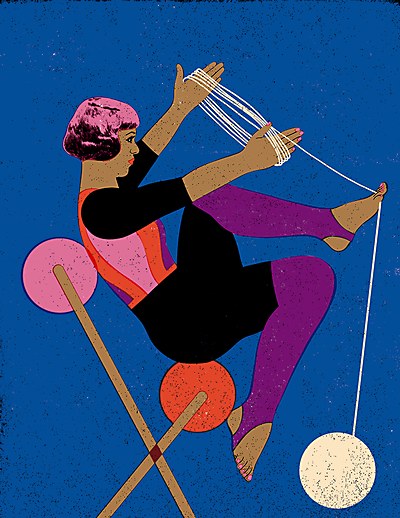