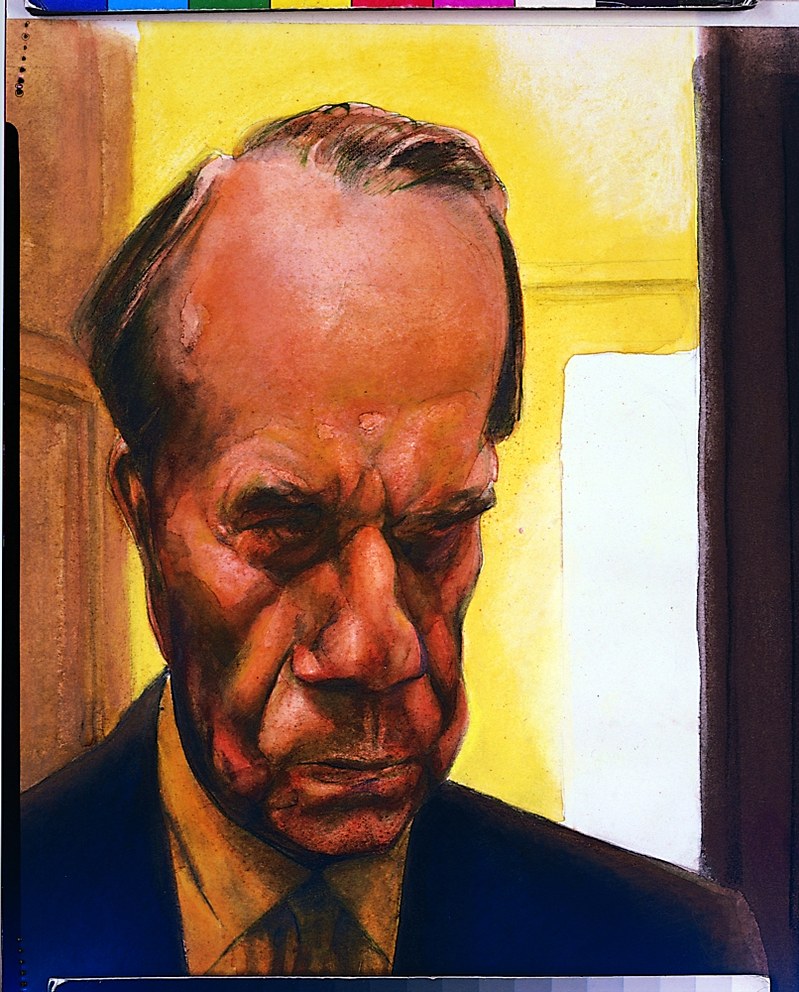 A New York illustrator who's mastered the art of caricature. 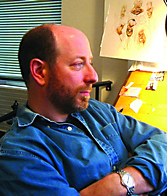 A self-confessed news junkie, for nearly three decades Steve Brodner has used his trenchant, often savage wit, and superb talent for caricature to skewer and draw attention to, the faces and personalities of those in power. Thanks to a raft of political controversies, from Nixon's fall, to Clinton's peccadilloes and any number of financial and sexual woes that seem to go hand and glove with politics, he has suffered no dearth of material. His illustrations and cartoons are staples in American magazines from the New Yorker to Rolling Stone, and in 2000 he received the James Aronson Award for Social Justice Journalism.

For Brodner, 2004 is not only an election year, but one in which he will realize a dream come true—the publication in May of the first major retrospective of his work, the aptly named Freedom Fries, The Political Art of Steve Brodner. Published by Fantagraphics, and timed to coincide with the presidential campaign, the book will also include illustrated reportage of the Colt Firearms strike and his coverage of eight national nominating conventions.

"Politics have been a huge part of my life. It's been the place where I've spent most of my energy-covering stories. I'm lucky that I've carved out a niche for myself as a political artist. My fortunes rise and fall with the willingness of America to engage in political discourse. That means that after 9/11—nothing! Nobody wanted to touch the subject matter, or Bush." Although, he adds, "My phone does not stop ringing, now!

"It's a surreal experience; it's great fun," Brodner claims, of covering politics. "For me to cover a campaign is really to ask a question, 'Who's behind the candidate?' The candidate is not nearly as important. How do they get out of particular rhetorical jams? They are slicing pieces of themselves off to serve to various people and you wonder what will be left. Politicians do have to form coalitions. What I'm interested in is who really is involved in this campaign and why and what effect does this campaign have on people and who do they think the candidate is. 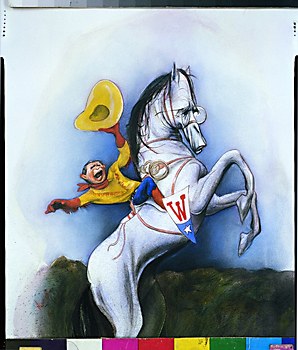 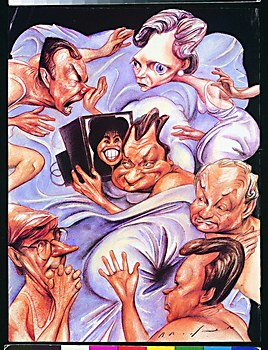 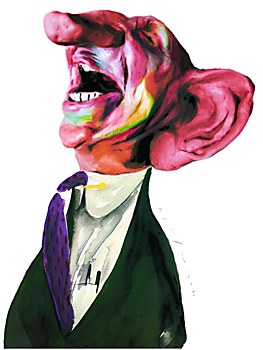 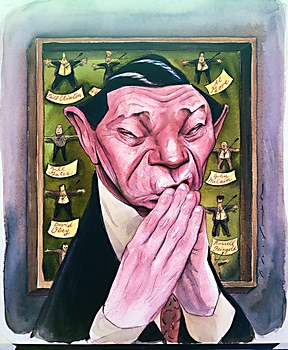 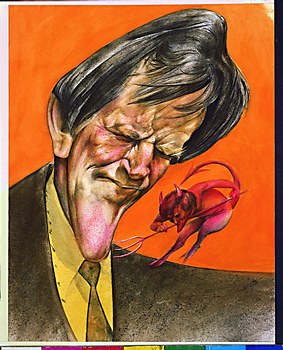 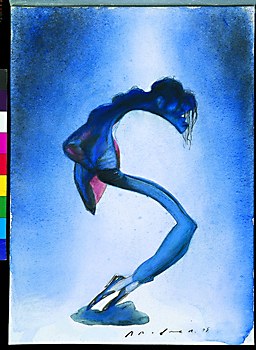 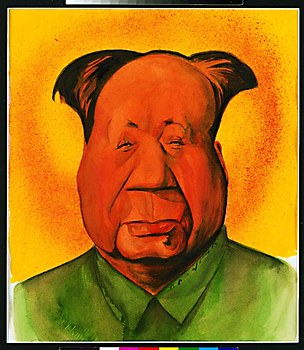 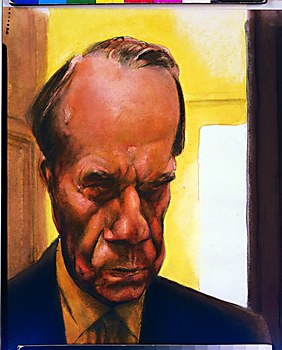 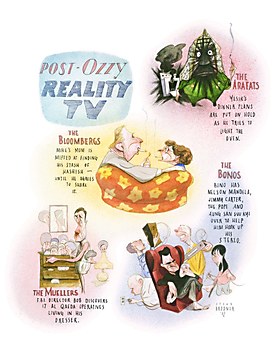 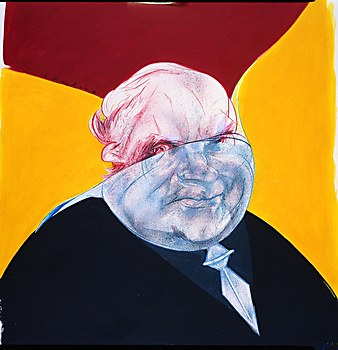 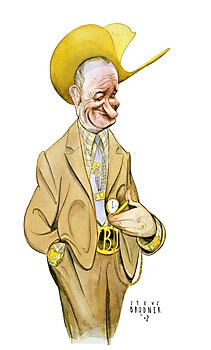 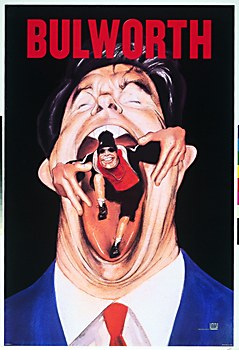 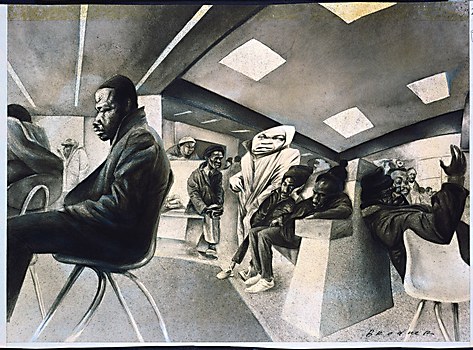 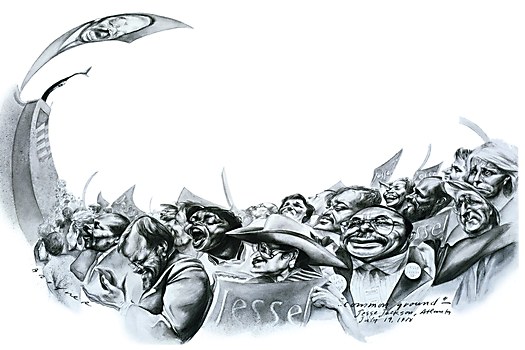 "I guess it all comes from being a product of the 1960s," the New York-based illustrator explains. "We're all a product of our environment, the people we knew, and the types of events that took place when we were children. I recently did a job for Newsweek and the art director asked me, 'Are you familiar with Newsweek?' I said to him, 'I have been subscribing to Newsweek since 1967, without stop.' That's the kind of kid I was, I was twelve in 1966 and I was a news junkie—very interested in every twist and turn and nuance of what was happening in the news. I was doodling and drawing cartoon characters off of television.

"I think that's part of the culture I come from, tempestuous New York," he continues. "There was always tremendous turmoil of one kind or another. That's not even beginning to mention the national crises of that time: Vietnam and civil rights." One event made a particular impression on the young school newspaper editor and emerging artist. His high school, Samuel J. Tilden in the East Flatbush section of Brooklyn, was closed for three days in a moratorium led by (the now Rev.) Al Sharpton, who was in the same class as Brodner.

It's clear that this was a galvanizing time for the young artist: "Everything was highly politicized, even the songs on the radio. It was all about movements; large groups of people organizing themselves to make things better."

Brodner's career evolved from a need to express himself, through his fluid draftsmanship. "I started out doing political caricatures for myself," he says. "One summer when I was fifteen, I began with cartoons of local New York politicians, and then I started doing them for the high school newspaper."

He remembers, "One day I went to the local Brooklyn newspaper, the Kings Courier. I brought my drawings and ended up with a weekly gig. The editor would reach into his pocket and give me ten dollars. I can say I've been doing this professionally for 30 years!" he says with a laugh.

Work for the short-lived paper Brooklyn Today followed, and the Cooper Union paper, among other journalistic outlets.

"I was working for the Soho Weekly News. Cartoonist Bill Plympton also appeared in that paper. When I graduated [from Cooper Union], I got a job with the Hudson Dispatch. It doesn't exist anymore and it didn't deserve to exist then," he says. "But it was a place to start. Not only did I do a cartoon, for a spectacular salary of $100 a week, I was on call to illustrate other stories. The food editor would want a picture of Brazil nuts. It was in the days before Google."

But Brodner grew tired of dumbing things down and found the newspaper was intolerant of his own point of view. "It was a very noisy newsroom with phones ringing, with real bells in them, and typewriters clacking," he recalls. "Someone in the typing pool would be called in to decipher one of my drawings. It was a good exercise to know the audience, but I don't shoot for the least educated person in the newspaper. Luckily, if you're in the New Yorker, you don't have to think about that.
Irony is derived from stimuli combined with previous knowledge. It's not for everyone. It should be but it isn't. That's one of the things you learn as a satiric artist. Just relax and have a good time. You find your audience." —Steve Brodner


"I like art directors who are smart, who know about politics and are interested in what's going on in the world and help you make a statement," he says. One of these is Mary Parsons at the Atlantic Monthly. "When the latest Steve Brodner caricature hits my desk, my first reaction is a chortle, a gleeful snicker or guffaw. This is often accompanied by a quiet shock of sympathy for the victim—I mean, 'subject'—of the drawing," says Parsons. "Being drawn by Brodner is not for the vain or the faint of heart; in his universe, everyone deserves to be taken down a peg or two. "Yet Brodner is not petty or mean; his scathing likenesses and critical political commentaries emerge from the pen of someone who, though constantly disappointed by his fellow humans, cannot give up on them," Parsons continues. "I particularly delight in the graceful fluidity of line and form in Brodner's work, and in the confidence and seeming ease of his likenesses. The man can really draw. Add to this a completely unique style, plus a strong point of view and the intelligence to communicate it, and you've got the makings of a master.

"Barry Blitt calls Brodner the 'Goya of our time.' Or did he mean Daumier? It's one or the other..."

He clearly relishes his métier, exhibiting great knowledge of affairs of the day, political and cultural. He is a man with firm opinions, backed up with facts, but he is not didactic in conversation. His art voices his views on the current administration and the tumultuous political history he has lived through. Not since Ralph Steadman went on the campaign trail with Hunter S. Thompson, has such rip-roaringly nasty political work been seen in the American press.

Brodner appreciates journals that require a love of reading. "Irony is derived from stimuli combined with previous knowledge," he asserts. "It's not for everyone. It should be but it isn't. That's one of the things you learn as a satiric artist. Just relax and have a good time. You find your audience. "There has to be enough commonality in culture. If I draw Bush like Nixon, you have to know that association. It's not just the nose. If Nixon doesn't mean a crook anymore..." He warms to the topic at hand, "There's this constant thing when you're dealing with satire, what do things mean, how does language change?"

While he is content with editorial assignments—"I have an embarrassment of riches. It's a great life," he says—he has also begun making documentary films. His short documentary film, September, 2001, was shown in connection with the Sundance Film Festival in 2002 and he is currently making a film about a man exonerated while on Death Row. His films have also screened at ICON 3 (the Illustration Conference) in Philadelphia last summer and at Voice 2, the AIGA conference held in Washington, DC.
When the latest Steve Brodner caricature hits my desk, my first reaction is a chortle, a gleeful snicker or guffaw. This is often accompanied by a quiet shock of sympathy for the victim—I mean, 'subject'—of the drawing." —Mary Parsons


"Over the years I've done many stories for magazines as an art journalist. I've covered political conventions, political campaigns (George W. Bush in Texas, Bob Dole, Patrick Buchanan), I've climbed Mt. Fuji for Outside. The problem with stories like that is you bring in so much, and it gets cut to ribbons. It dawned on me one day after a magazine whittled something down to nothing. I felt I should do it for film. There is such a thing as documentary filmmaking. You can have the actual voices of the people you interview. You don't have to cut any interview because there is no space. It's a completely different dimension."

Besides illustrating and filmmaking, Brodner teaches an illustration course at the School of Visual Arts. While students drape over their desks, scribbling in their notebooks, he offers trenchant and hard-won advice on approaching an illustration assignment. His manner is warm and approachable, but serious. It's clear that students who apply themselves will find great reward learning from such an in-the-trenches pro.

Today he calls the Washington Heights neighborhood of New York City home, where he lives with his wife, writer and actress Anne Pasquale and their fourteen-year-old daughter, Terry. His new studio is just a few blocks away. "The difference living in the cosmopolitan place [is] there are no tribes, so there's a struggle to be universal—and to be acceptable." That quest for acceptance provides fertile territory for Brodner to explore, with his paintings, and his films.

"If I could only travel and tell people stories, that's the essence of communication. You are a conduit; you are a vessel, the opportunity for people to connect with each other," he concludes. "If only people could see through other people's eyes, understanding would be engendered." In the meantime, we can all look forward to more of what Steve Brodner sees through his eyes, and relates with his art—except maybe the politicians. ca 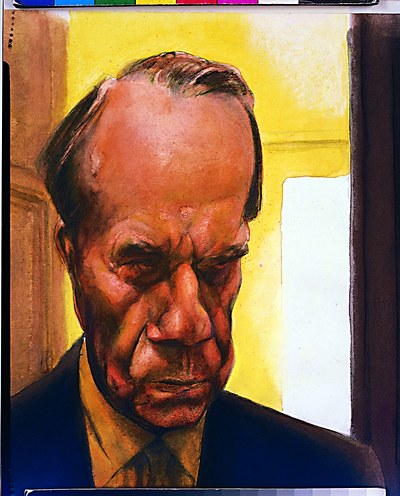 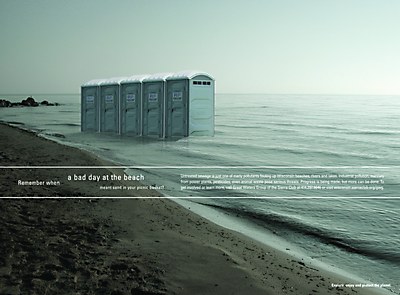 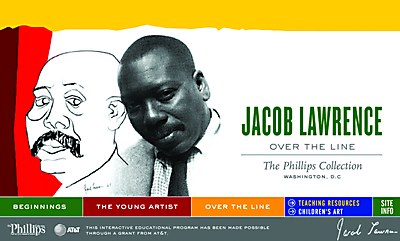