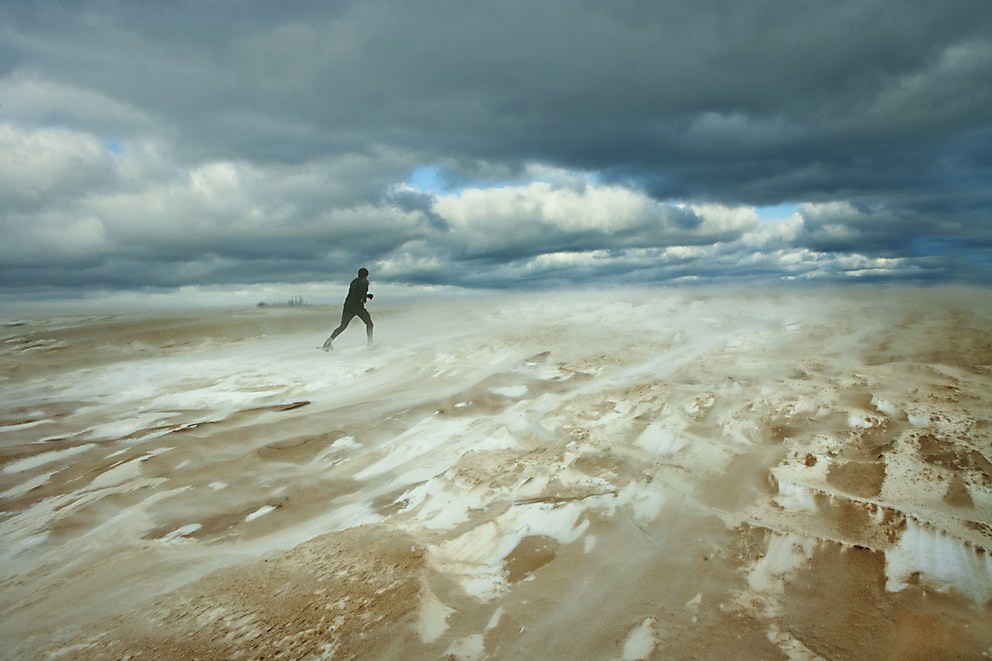 Steven Wohlwender instills a narrative in all his pictures—a before and an after. It’s a realness people can relate to, understand and believe. 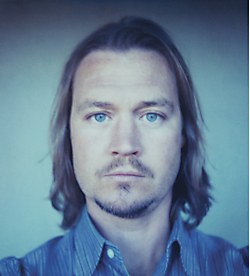 It’s not often you experience your biggest challenge as a print photographer when you weren’t even hired to shoot. The location: Colorado’s San Juan Mountains in winter. The client: Marlboro. At that time, Steven Wohlwender was an art director working for Leo Burnett, Chicago. It was the toughest, most complicated campaign he’d ever worked on and he decided to shoot the landscape and cowboys for camera coverage. “I was working with 25 cowboys, 300 head of horses and the top photographers, producers and stylists in the country,” Wohlwender said. “The amount of planning, work and thought was mind-boggling.” Each year, Marlboro Country photos were presented to the client at a grand exhibition at the Burnett building. “They did a really cool thing,” Wohlwender said. “They chose my shot—a portrait of a cowboy—for the first shot as you walked in, to tipoff this huge show. Of course, I felt great about it.”

A Marlboro shoot is considered the gold standard as well for famed sport and portrait photographer Walter Iooss. Wohlwender worked with the photographer in Moab when Iooss was hired to shoot motorcycle action in the Utah desert. “Marlboro shoots are very tough,” Iooss said. “You’d come in late from the shoot in the dark and start the next day at 4 or 5 in the morning.” But he also recalled the services, the food and golf played with Wohlwender at the Moab Country Club. “[Marlboro] really took care of you. It was the ultimate in all-time productions; what you believed advertising was like in the ’60s and ’70s.” 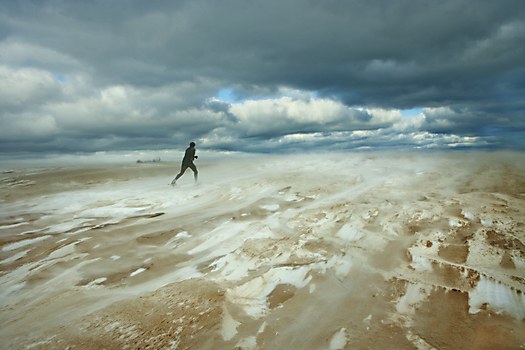 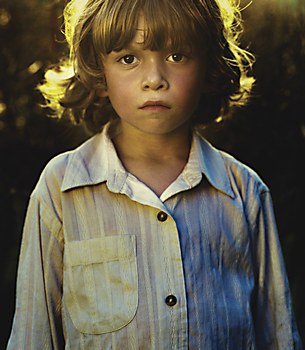 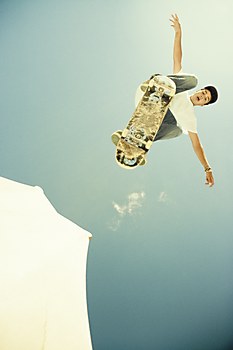 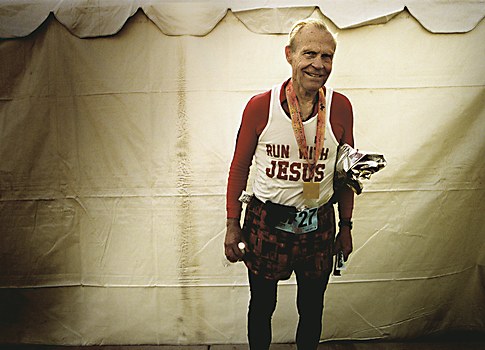 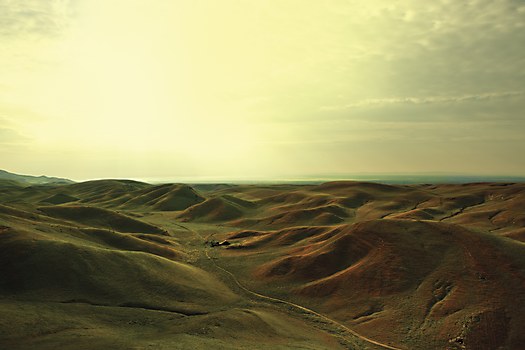 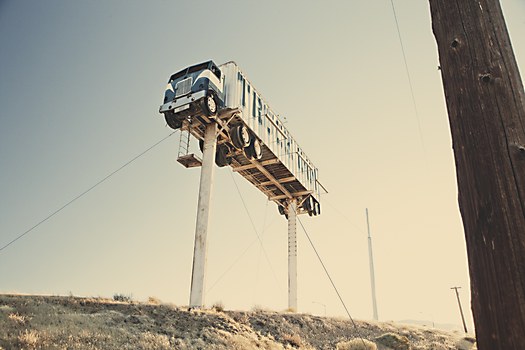 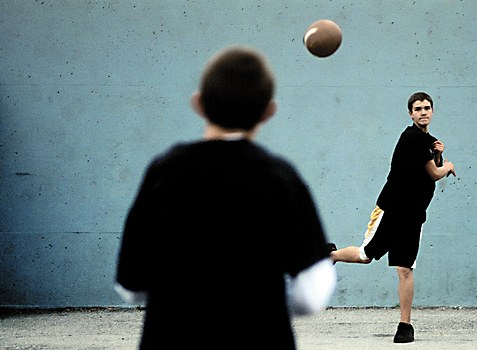 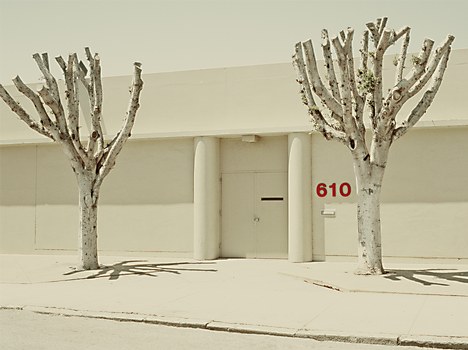 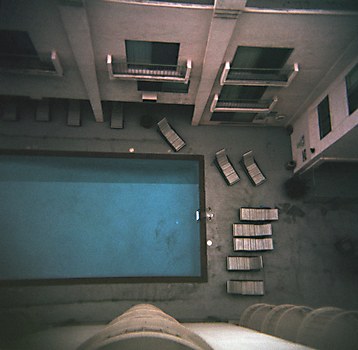 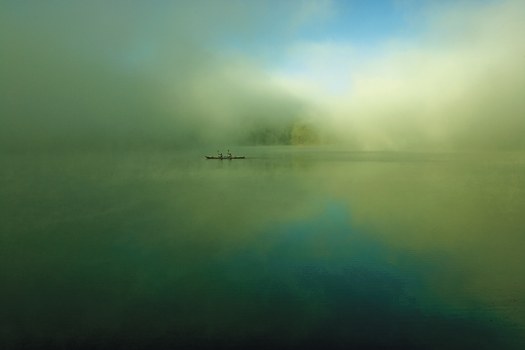 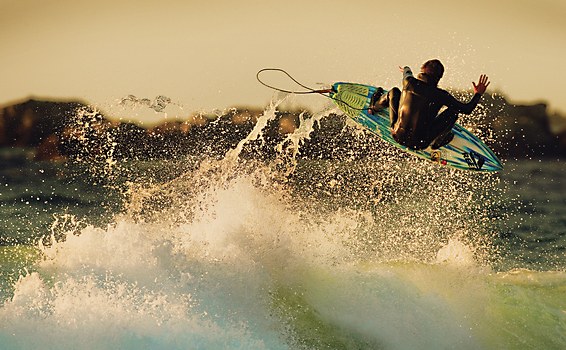 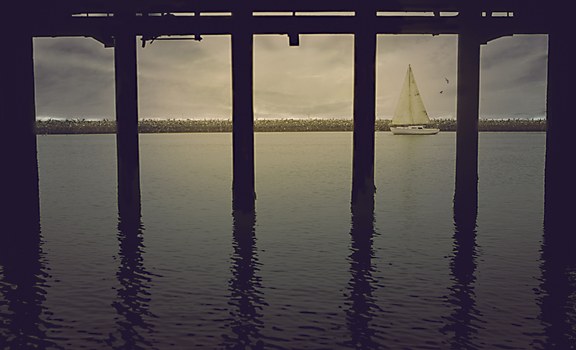 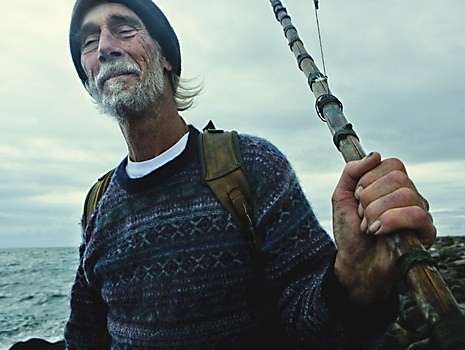 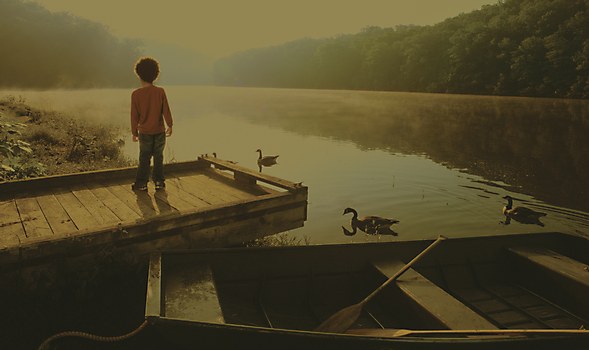 The Marlboro campaign was the final stretch of Wohlwender’s two decades as an art director. In 2004, he left Chicago and moved west to San Mateo, California, where he now lives with his wife, Marian, and his two daughters, Elle, 7 and Charlotte, 5. Since 2004, Wohlwender, 45, has been a busy freelance photographer with clients that include National Geographic, BMW, General Electric and Nike. When we met at a restaurant near his home, I’d already seen his picture and expected his long blonde hair and Van Dyke beard, but not the formality of his black pinstripe suit, which he said conveyed “the seriousness that is in my mind—this whole thing of photography and art.” Instead of photos, he carried two sketchbooks of his expressive line drawings.

Discussing his life and work, Wohlwender is reflective and animated with intensity and a dry wit. He’s ambitious, but clearly struggles with the discomfort of promoting himself. That clash sometimes produces candid statements, such as: “I was raised to be very humble and not praise myself, and on the flip side of this, I was blessed, somehow, with an amazing amount of born talent.” When Wohlwender suggested we conduct our interview at a San Francisco agency he’s never worked for, I was skeptical, but he shrugged it off as an earnest desire to be near the industry he knows and loves, saying, “Wouldn’t it be great to hang out at a creative hub like that?”

A love of advertising is a recurring theme throughout his career. Wohlwender was determined to become an art director ever since he discovered the job existed. The Kentucky native grew up in a suburb 80 miles north of Lexington and was acknowledged as his school’s best artist since kindergarten. His senior year, he rebelliously blew off the final assignment to make himself ineligible for the annual honor, so his teacher created a new category, the art career award, for him instead. Yet, Wohlwender says he was a mediocre student and has an inability to remember words, names, numbers and any details unless they're visual. “If you asked me how to get to my house from here, even though it’s two miles away, I could draw a map, but I couldn’t tell you what roads to take,” he said. “Drives my wife crazy.”
“I was always really careful. I’d never steal anybody’s shot because I know what that's like."


Though Wohlwender considers it an odd defect, his single-mindedness has strengthened his creative focus. He attended the Central Academy of Commercial Art in Cincinnati, Ohio, studying art direction and then spent two years in Chicago eating ramen noodles and looking for an ad job while working in retail at Eddie Bauer. Finally Marshall Ross, EVP, chief creative officer at Cramer-Krasselt, who was then at Mitchener, Ross &amp; Partners, gave him his first break.&nbsp;“I was lucky I didn’t have to start off in the production department,” Wohlwender said. “They hired me at $12,000 a year, but I had a business card that said junior art director on it. I was living the dream. And the next thing you know, I’m making 100 grand and sitting in a large, windowed office at the J. Walter Thompson building.” He laughed, adding, “It didn’t happen that fast, but what could be better?”
Ross became an important mentor and encouraged his drawing. “The Mac was just getting to be the big thing—that’s how long I’ve known Steve,” Ross said. “It was very tempting for art directors to pour all their love into mastering that tool. So making sure that all of us in the shop at that time, reserved some amount of our energy for pen and paper, or whatever it might be, was a very important part of developing the right way.”

During Wohlwender’s twenty years in advertising, he worked for six agencies including Leo Burnett, JWT and Foote, Cone &amp; Belding on accounts, such as Coors Brewing, Gatorade, Kraft Foods and Quaker Oats. “He was a great art director and that’s what makes him a really great photographer,” Ross said. “He understands the conceptual role of the picture and he looks at that composition from a storytelling conceptual point of view.”

Performing equally demanding duties for TV commercials as for print, Wohlwender eventually realized he was happiest working on location, being outside and hands-on. He wanted to shoot documentary and promotional films and travel to see places in “real light.” The decision to direct took him to East Africa to film a woman working with disabled children and to Ireland to shoot the Special Olympics World Games. When a friend told him she was planning a trip to Afghanistan to promote women’s rights and education, he decided to document the journey. “I went into that project to shed light on the people (in Kabul and Ghazni) and to find all the positives of the country, minus the wars.” His black-and-white series, Afghan Youth, reveals the beauty of the children’s ordinary moments at work and play as seen through the prism of peace.

During those two years Wohlwender spent directing, he also found himself writing, shooting, editing and doing voiceovers—too many tasks and too much time alone with the computer. He was tired of not making money and missed collaborating. When Bob Dreveny, EVP, worldwide creative head at Leo Burnett Worldwide called about an opportunity to work on the Marlboro campaign, Wohlwender returned to art directing. The campaign also included Team Penske and the IndyCar Series. Though he hired a photographer for the shoot, Wohlwender found himself three feet away from the racecar driver and had to shoot him, too. “I was always really careful,” he said. “I’d never steal anybody’s shot because I know what that's like. I shot stills to get more camera coverage and because it was something I loved to do.”
I was raised to be very humble and not praise myself, and on the flip side of this, I was blessed, somehow, with an amazing amount of born talent.”


It was time to do what he loved full time. The decision to leave Chicago coincided with the approaching birth of his daughter and the need to be near family in California. Wohlwender now lives in the Bay Area, fifteen miles from San Francisco. He enjoys shooting exteriors, loves the work opportunities and is most comfortable applying his direct approach to finding new projects. “All my business has come from picking up the phone and saying, ‘Hey, you’ve got a great brand. I’m a photographer and I’d love to work on it.’ That’s where 90 percent of my work has come from in the last 10 years.”

On a recent shoot for Clif Bar &amp; Company, makers of organic energy bars, Wohlwender photographed athletes taking their workouts out of the gym. He and John Marin, Clif Bar’s senior creative director, discussed how it feels to set out on an adventure. “We talked about some of those smaller moments,” Marin said, “like clicking on your ski bindings or roping up to scale a [rock] face. It’s not necessarily always reaching the top of the mountain, sometimes it’s those cool little things that happen in between. It’s more like a real visceral approach because so many of these concepts and ideas are hard to articulate.”

Capturing the emotion of a picture is a Wohlwender essential. He describes himself as an advertising photographer who shoots a commercial picture in an editorial style. “As soon as you say to an actor, ‘Put quarters in the meter,’ and you take the picture and look at it, there’s nothing real about it. But if you can tell a guy to drive a mile down the street, then get out of his car, and I shoot it almost like we're shooting motion, it becomes a real moment.”

The way he sees it, it’s not about a guy putting a coin in a meter. It’s about a guy wearing a black hat, who’s married with two kids, is upset about how much money he’s making, and forgot he has to go to a party tonight that he doesn’t want to go to. He tries to instill a narrative in all his pictures, a before and an after. It’s a realness people can relate to, understand and believe. And when Wohlwender’s done, the best compliment anyone who sees his work can give him is: “There's a story there.” ca 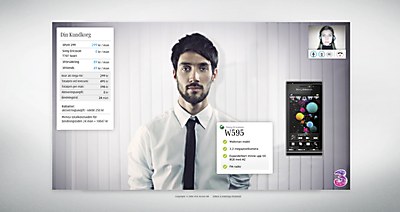 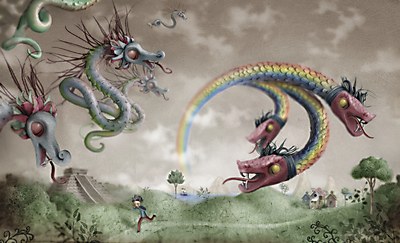 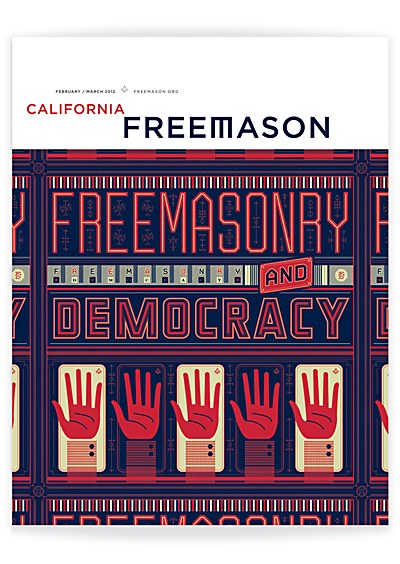