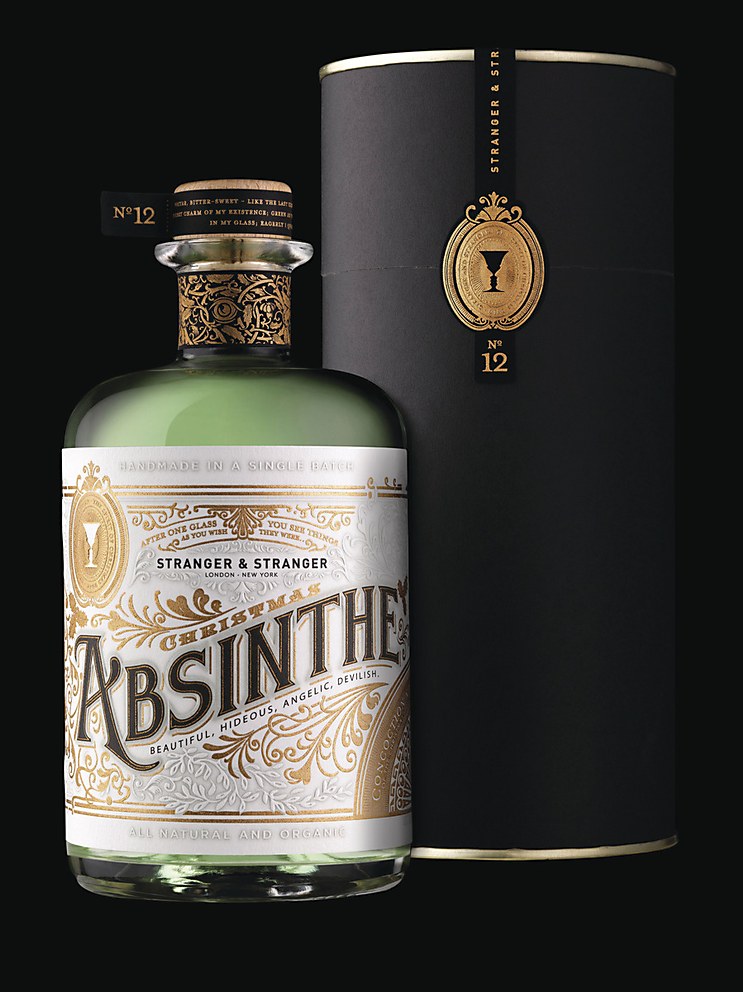 The London- and New York–based design firm proves that you can, in fact, judge a liquor by its label.

By Garrick Webster
The melodious voice of Elvis Presley fills the air in Stranger & Stranger’s London studio: “I can’t help falling in love with you.” And it couldn’t be more fitting for Stranger & Stranger’s mission: to design alcohol packaging so enticing that people will buy it, love it and keep it forever.

The studio appears as a treasury of the finest and richest booze bottles and labels ever designed—all by Stranger & Stranger. Its cabinets contain a multitude of fascinating examples, from major players like Martini, Dewar’s and Jack Daniel’s to the more eclectic Compass Box Whisky and East London Liquor. Curiosities such as Kraken Black Spiced Rum and Don Papa’s Filipino rum also grace the shelves. And there’s wine by the up-and-coming English vineyard Wiston Estate Winery and from the globally respected vintner Michel Rolland. Beer, too, including the latest bottle of Innis & Gunn.

Although the packaging styles vary hugely, the broad range of work coheres through rich design that approaches perfection. The intriguing illustrations, lush typography and fanciful compositions seem fresh on each glance. How could anyone ignore a bottle illustrated with the Peat Monster (inspired by the Scotch distilling ingredient peat), the gold emboss on Aberfeldy single malt whisky’s rugged little pot, or the fun of Curious Beasts Blood Red Wine, with its Halloween-themed sleeve adorned with skeletons and pumpkin heads?

It all started with a simple barter: “I designed my first labels in exchange for claret,” says founder Kevin Shaw from Stranger’s San Francisco studio, thinking back to when he started the company in 1994. “It was a piece of cake for me, and then a couple of weeks later this lorryload of claret appeared. I thought, ‘My goodness, what a great business this is. I might do some more of this.’”

Those early Bordeaux wine labels were for British wine distributor Bibendum, and they were almost a natural out­growth of Shaw’s interest in buying and tasting fine wine. He called his new company Stranger & Stranger because he was essentially freelancing after leaving his job at advertising agency Collett Dickenson Pearce. “Hey, stranger” was what you said if a freelancer sat next to you in an agency. 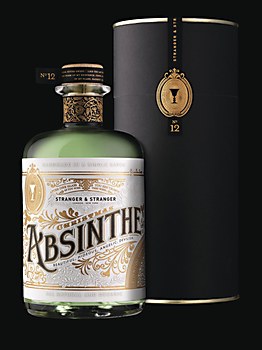 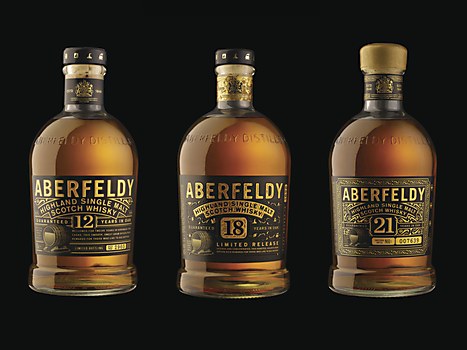 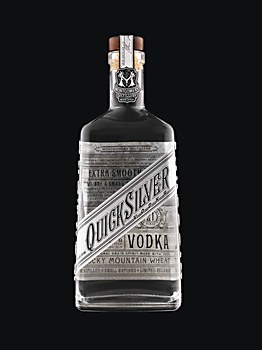 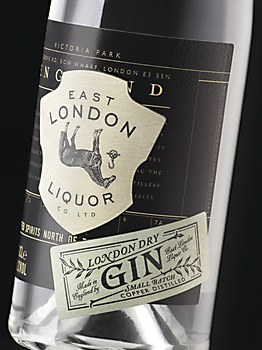 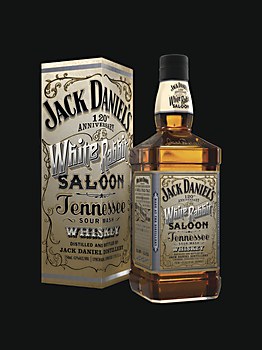 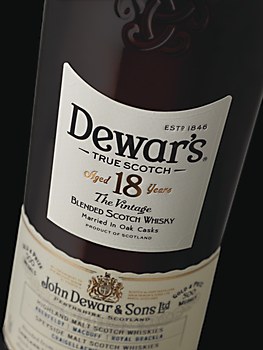 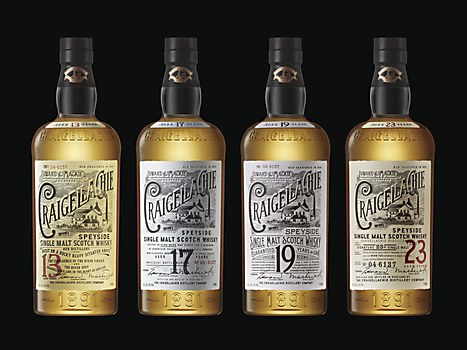 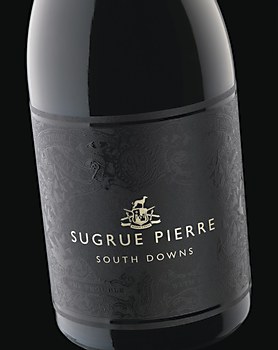 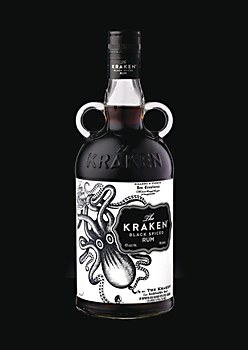 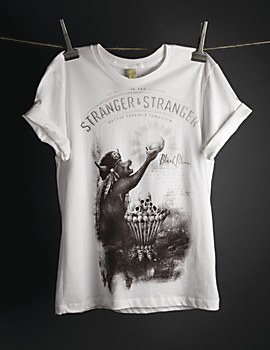 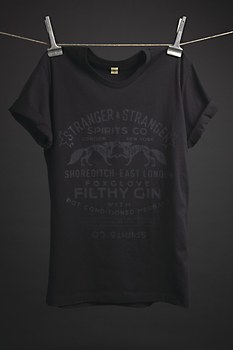 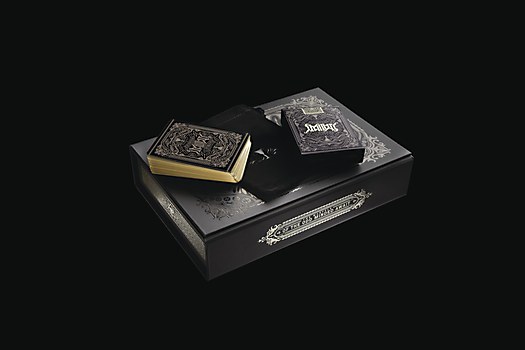 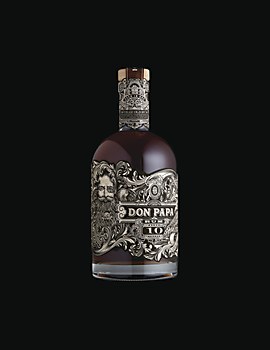 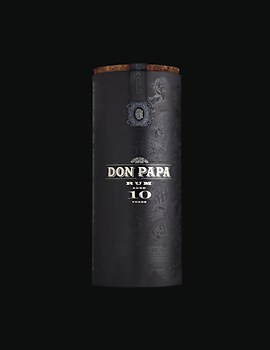 Before long, he was doing work for wineries in South America, and after creating a lenticular label for Bodega Norton in Argentina, Stranger’s fame spread. At the time, Shaw was designing and seeing clients wherever the company’s skills were called for, while artists back in London helped produce the labels. In 2000, Ivan Bell, managing director of Stranger & Stranger, joined him as a partner, and today they’re designing about 60 alcohol labels at any one time. There are now studios in London (fourteen people), New York (seven) and San Francisco (three).

“It always surprises me that we are surrounded by alcohol 24/7 but that—touch wood!—nobody has a problem with alcoholism,” says Bell, from his desk on the mezzanine level in the London studio.

In fact, the team rarely tastes the liquid until after they’ve completed the design and shipped the bottles. Their goal is to build up consumer expectation by telling the brand’s story through the label. If a designer tastes the alcohol and doesn’t like it, that could dampen his or her desire to envision something beautiful, not to mention that it’s difficult to create timeless elegance while flat-on-the-floor drunk.

“You want the consumer to keep the bottle after,” says Cosimo Surace, the group creative director in the New York studio. “So you want it to work on someone’s mantle or in a bed­room with a flower in it, and it just keeps on living, and they can’t bring themselves to throw it out.”

To meet this high standard, Stranger’s designers tell a story through the packaging—engaging the consumer on an emotional level, even if it’s only through small visual cues. This goes back to Shaw’s earliest days of concocting wine labels. He revolutionized wine packaging by introducing design practices established in the world of fast-moving consumer goods (FMCGs) that simplify and clarify the label for consumers. The studio has gradually taken the principle into spirits and beyond.

“At the time, the number one sector was French wine by a long way. All the labels were in French. The French are brilliant at trying to add mystique and confusing everybody,” he says. “Consumers just wanted to be spoken to the same way as they would when they’re buying cat food or washing powder. This is a biological detergent; this is a nonbiological. This is for colors; this is for whites. This is a white wine that’s fruity; this is a white wine that’s dry. This is wine for a barbecue; this is one for fish.”

They’re not like other agencies; they really act as custodians of the brand.”—Aberfeldy Distillery’s Stephen Marshall

According to Shaw, there are 10,000 different Bordeaux wines alone, and one UK supermarket might carry up to 600 wines. Differentiation poses a major challenge, and a tiny sense of narrative on the bottle can help a wine, spirit or beer stand out. No more coats of arms, fleur-de-lis and script typefaces—Stranger says, let’s have a coven of witches, the Kraken or a jungle explorer on there.

Sometimes a brand’s heritage stares you in the face. Often, though, Shaw, Bell and Surace have to interrogate the client and find a story the label can tell. Aberfeldy Distillery’s single malt Scotch whisky serves as a telling example. Owned by Dewar’s (part of Bacardi Limited), it’s one of several whisky brands that global marketing director Stephen Marshall has commissioned Stranger to redesign.

“Stephen told us that you could pan for alluvial gold in the water source near the distillery,” Bell says. “The liquid color is golden, and the bottle’s got this honeypot shape. So the strategy was to do something with the gold because that’s the one thing that makes them different from the distillery down the road.”

The result? Sales of Aberfeldy’s eighteen-year-old malt grew 83 percent with Stranger’s new packaging. “Stranger did its research, visited the distilleries and worked with us well,” Marshall says. “They’re not like other agencies; they really act as custodians of the brand.”

The Mexican tequila brand Centinela went to Stranger to improve its packaging and help with US sales. Stranger produced a masculine, squared-off bottle with a thick neck, a heavy stopper, and a clear, classy label with nicely crafted type, emboss and metallic foil. After its introduction in 2012, sales doubled to $3.2 million and in 2014 had reached $4.4 million. “In general, I like the beautiful care Stranger has taken of our brand and our heritage. Specifically, I love the detail and elegance of the new bottle,” says Centinela marketing director Manuel Cáliz Gálvez.

You want the consumer to keep the bottle after.”—Cosimo Surace

The firm not only researches its clients, but also pulls from an abundant source of outside influences. Much of the rich typo­graphy you see on bottles like the General from Compass Box and the new Craigellachie malt whisky packaging emerges from the inventive mind of design director Guy Pratt. An ephemera enthusiast, he’s filled the shelves in the London studio right up to the 20-foot-high ceiling. Some of the tomes he’s collected from the secondhand bookstores on the city’s Charing Cross Road can only be accessed using a stepladder. There are examples of eighteenth- and nineteenth-century type and books full of plates illustrating old bottles and other archaic containers. He’ll take inspiration from just about any craft he discovers. “The other day, we saw these scrimshaw illustrations, and they were just incredible,” he says of his latest find. Maybe an upcoming Stranger label will channel the aesthetic of carved whale­bone or ivory.

“We’re convinced that in a previous life, Guy was either a stonemason or one of these monks who did calligraphy,” Bell says.

On the other hand, design director Rowan Miller brought a solid understanding of branding to the studio after freelancing for big agencies. He complements Pratt’s craftwork with his ability to extend a design across a range of products. To see what they’ve accomplished, look at the visual harmony across the new Dewar’s range—there’s White Label Blended Scotch, the Ancestor, the Monarch, the Vintage, Dewar’s Signature and the Highlander honey-flavored scotch.

“When I get the brief, I’ll read through it, and the first thing I want to do is just collate inspiration and rack up what we’re competing against,” Miller says. “Then I think about how we can tackle it. For me, it’s about getting all of that on one page. Scanning things from books, pulling things from the web, from my collection of photographs I’ve taken—and collecting it all on one page.”

Although Shaw and Bell are both originally from northern England, the other senior creatives all hail from Australia. Surace is from Adelaide, Pratt from Perth and Miller from Sydney. They all gravitated to London first, and now Surace works from the New York studio.

The prominence of wine in Australia gave them an edge when applying to Stranger. “Wine is definitely a big thing in Australia,” Surace says. “It’s the standard. As a designer, wine labeling is something that you grow up with, and most agencies there do wine. We all got to practice working on those brands in Australia, and that’s been a good point of differentiation between us and designers in the United Kingdom who may have worked on FMCG packaging.”

It also gave the firm a head start in understanding the alcohol market. With three studios in three cities, Stranger improves its market knowledge as it finds clients in new sectors. The New York office has helped get major liquor brands on board, and the San Francisco office has won California wine clients who prefer to work with local agencies. Staffers regularly move among the three studios to learn about the different markets.

In Stranger’s next stage, the firm aspires not only to continue finding new alcohol clients and work with bigger brands, but also to expand into other areas of luxury packaging. “We’ve started doing luxury gifts, fine foods, perfume and cosmetics,” Shaw says. “Those fancy vinegars that people are using now? We’re just doing a range of those. I’m working in California, and I’m looking forward to marijuana legalizing here so we can package that up properly. That’s going to be a complete landscape for new brands and a really interesting product sector.”

Consumers—from the vice-seeking to the virtuous—will have a whole raft of new Stranger & Stranger packaging to fall in love with soon. ca 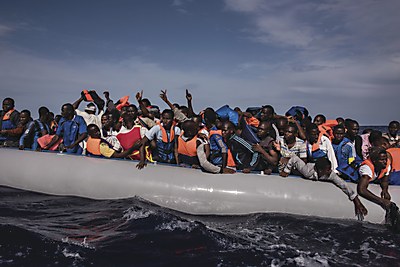 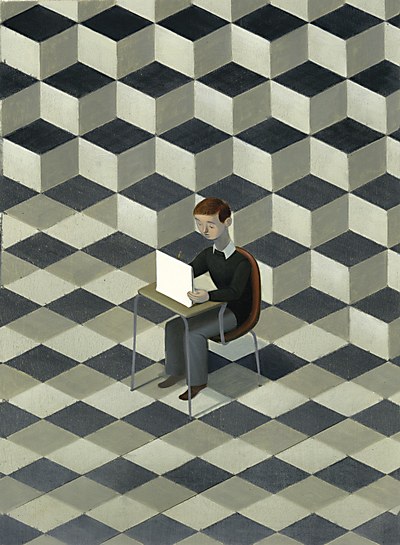 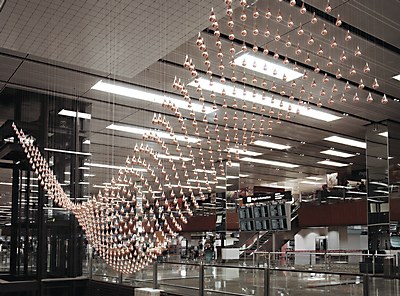