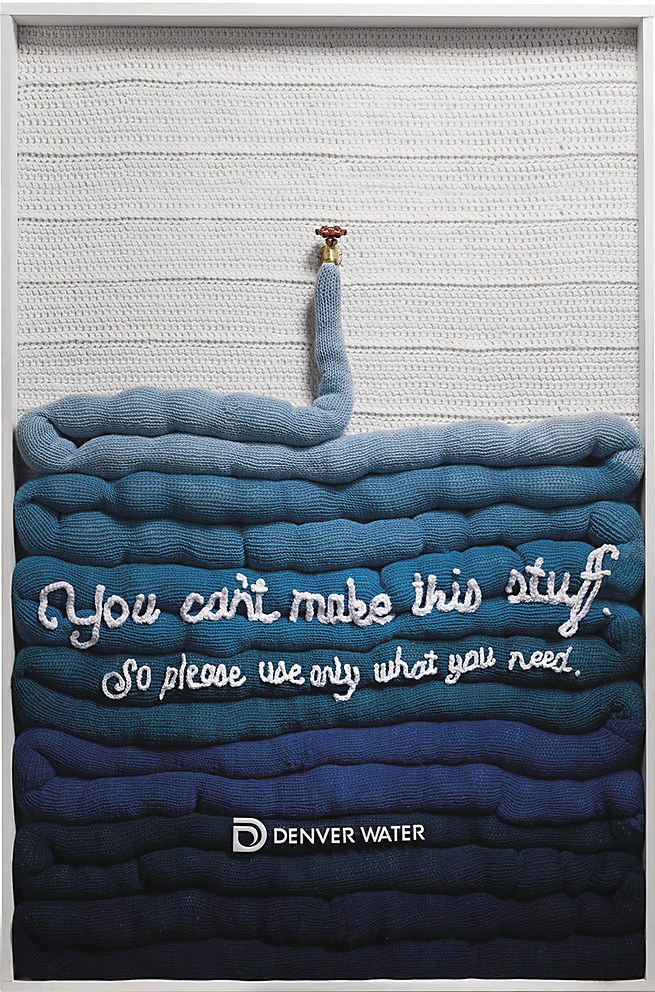 This Denver ad agency produces top-notch campaigns to artfully convince the public to do the right thing.

By Sam McMillan
Walk into Sukle Advertising & Design’s 5,000-square-foot office, all cold-rolled steel walls and glowing oak floors, past the pack of friendly office dogs, beyond the original sign for Pages Auto Electric that Sukle saved and, in the loading dock, you’ll see a six-foot-tall, blaze-orange fire hydrant. It’s a prop, part of Sukle’s ten-years-and-running campaign for Denver Water’s effort to get the public to reduce consumption. How the dogs don’t go crazy at the sight of that hydrant is a question that goes unanswered.

For more than 20 years, Mike Sukle’s eponymous agency has made a name for itself by combining bravura, eye-popping props like the fire hydrant with thoughtful, brand-building creative. Based on deep research, strategic insights and execution at a high level of craft across video, print and out-of-home, Sukle has helped expand Noodles & Company from two stores to 200, prepped regional clothing companies for national rollouts, and inspired healthier and environmentally sustainable habits throughout the West around tobacco, marijuana and water consumption.

Talking about the ad agency’s work for Denver Water, Sukle says that its aim is nothing less than “to change the culture of water conservation in Denver.” Denver Water came to Sukle in 1999 with an objective of reducing residential water consumption by 22 percent in ten years. In the first summer of the Use Only What You Need campaign, water usage dropped by 21 percent.

That’s no idle claim. Sukle has charts and graphs to back him up. For ten years, Sukle has correlated the campaign rollout and the media buys with statistics provided by Denver Water. There’s a one-to-one ratio between advertising from Sukle and a later drop in water usage, he says.

Sukle has managed to get the attention of Denver residents with environmental installations that literally stop traffic. A bus shelter poster for the campaign You Can’t Make This Stuff featured a real, industrial-sized water pipe emitting a sculpted torrent of blue water right below the tagline “You can’t make this stuff. So please use only what you need.” Every morning at the intersection of Colorado Boulevard and Exposition Avenue, the sculpture, molded out of fiberglass and covered in Model Magic, brought traffic to a crawl. Sukle relied on research results that Denver residents didn’t want to waste water. Sukle’s design spewed this realization onto the public’s daily commute.

That singular insight drives the campaign. Digging deep to find that buried gold is “the fun stuff,” Sukle says. He calls it cracking the nut. “We diagnose the problem first. We do the research. We find out what we know and what we don’t know. We go deep into the problem until we are confident we understand the message. And the campaign comes out of that. It’s worked every single time.” 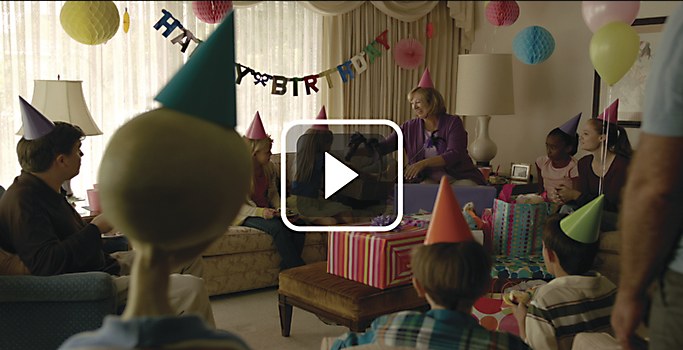 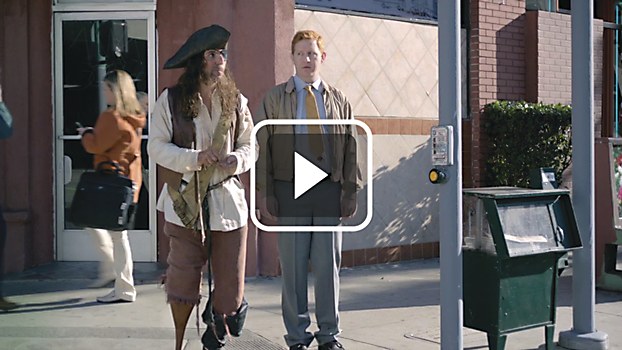 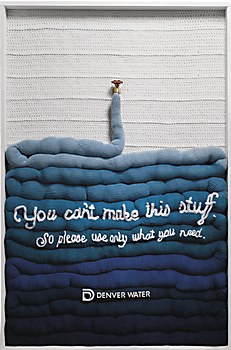 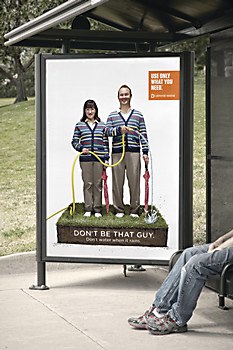 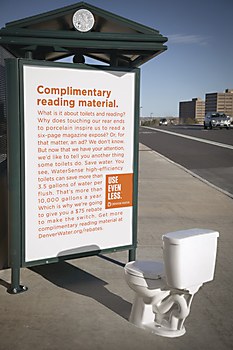 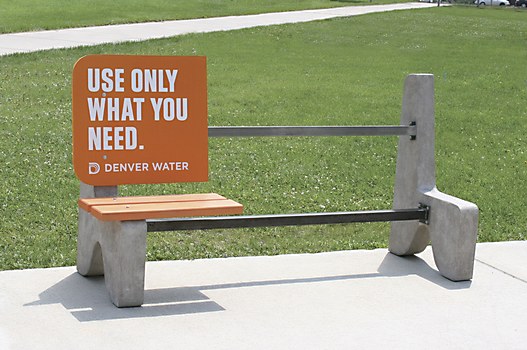 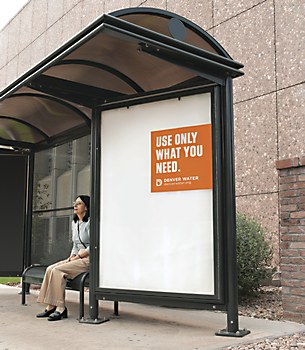 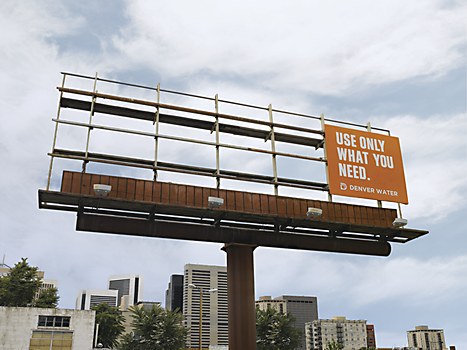 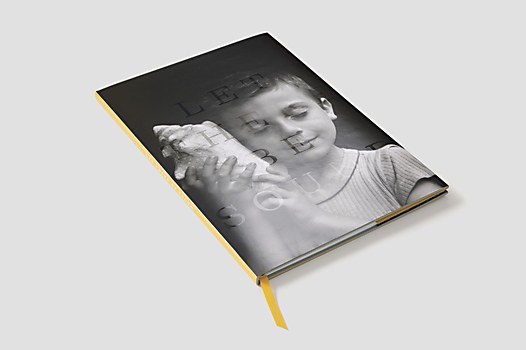 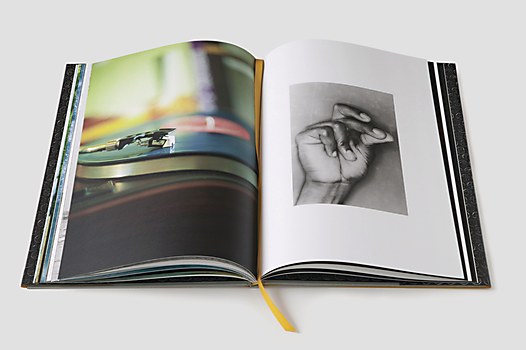 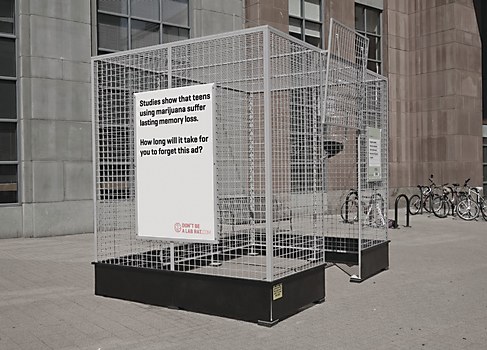 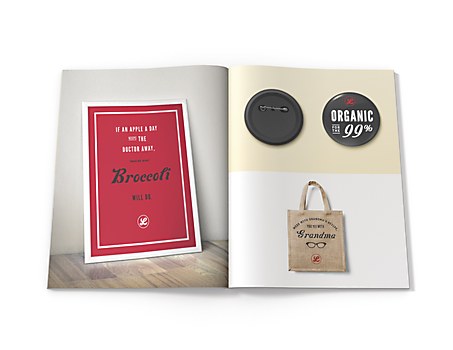 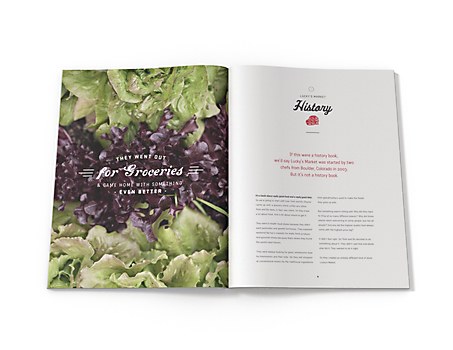 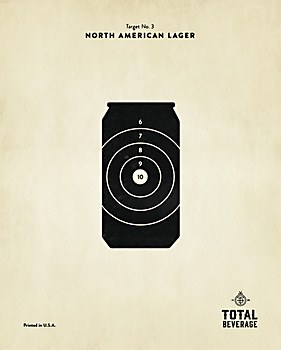 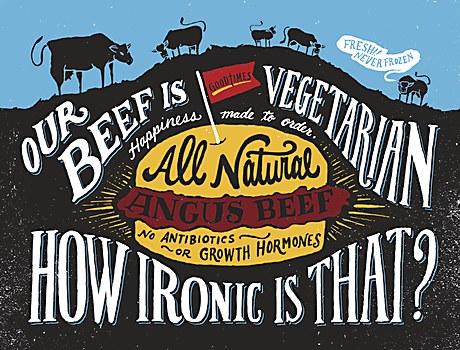 Thoroughly grounding a campaign in research can serve as the foundation for truly adventurous advertising. Sukle remembers one pitch to the Denver Water board of directors: “[It was] the most terrifying moment of my career. We had a video underscoring what might happen when you run out of water. We filmed a marathoner intercut with a guy filling a sample cup in a doctor’s office, and then cut back to the runner reaching for a cup of water or whatever at an aid station. We didn’t spell out what the guy was drinking…”

Sukle lets the thought hang in the air.

“I was presenting to a roomful of 65-year-old guys in suits. I thought my career would end when I hit ‘Play.’” Turns out, the suits laughed, and the campaign ran as planned.

FROM SHOWMANSHIP TO CEMETERIES
There’s a strong element of humor and Barnum & Bailey–style showmanship that underscores Sukle’s work. When asked by the Colorado Governor’s Office to get teenagers to think twice before sparking up a joint, Sukle fabricated a giant, walk-in lab rat cage, then unveiled it on the steps of the central Denver Public Library. Like all of Sukle’s work, it was a campaign grounded in insight, backed by research. “We discovered preliminary research from Duke University that suggested teen marijuana use could lower IQ by as much as eight points,” Sukle says. “Meanwhile, we con­ducted more than 100 interviews with teen­agers who told us teens don’t want scare tactics. They want facts.”

The campaign, called Don’t Be a Lab Rat, “exploded,” Sukle says. “We were featured on CBS This Morning, The Washington Post, NPR, and the New York Times.” Explaining the genesis of the work, Sukle says, “We don’t just sell in a piece of creative. We put the idea before the media plan. No client will tell you, ‘We need a giant lab rat cage.’”

The rarified air in Denver didn’t make me any smarter. But the opportunities to do great work are here."—Jim Glynn

Beyond the showmanship, Sukle is also capable of quieter work that is unafraid to pull on the heartstrings. One of Sukle’s favorite clients was Fairmont Cemetery & Mortuary. “Everyone thought it was a horrible idea to take on a mortuary as a client, but I loved it.” Sukle says. The campaign changed the way people thought about the business. Instead of looking at the burial, the work celebrated a life well lived. “People stopped their cars by the side of the road and cried,” Sukle remembers. “That’s hard to do with a billboard.”

The agency finds poignancy even in traditionally dry subjects. When Cochlear, maker of a hearing implant device, came to Sukle, they weren’t looking for work with an emotional connection. They wanted a sales booklet they could place in an audiologist’s office. Sukle recalls touring the Cochlear office. “They had a wall-sized spreadsheet that detailed the sales process, full of boxes and arrows and twelve-point type. It was so complex, no one could remember it. Meanwhile, we had all seen the YouTube videos of people with cochlear implants hearing for the first time.”

The key insight: “It’s not about the device,” says copywriter Jim Glynn. “We said, forget the device; forget the technology. This is about what the device does for people; it’s kind of a miracle. So we paraphrased a line from the Bible and came up with ‘Let there be sound.’”

Sukle’s presentation to Cochlear included the YouTube video of a little boy named Cooper hearing his mother’s voice for the first time. The look of astonishment and joy on the boy’s face brings a lump to the throat of many who watch it. After seeing the presentation, the president of the company said, “We have lost our way.”

PUNCHING ABOVE ITS WEIGHT
Pivotal to Sukle’s longevity is the ability to do great creative while staying small. With only fourteen employees, Sukle depends on finding the right freelance talent to take on the most ambitious projects. Enter senior producer Michon Schmidt, whom Sukle introduces as “the person who takes all our ideas and makes them real.”

In that role, Schmidt does the impossible: she gets world-class talent to work on projects with no budgets. Explaining her success, Schmidt says, “What I have in my back pocket is good work. I send out the boards. Everyone loves them. Then they ask the budget. I tell them. And there’s a moment of silence. Happens every time.”

“But I’m shameless,” she continues. “I always make the phone call. ‘Remain fearless’ has become my motto.”

We don’t just sell in a piece of creative. We put the idea before the media plan."—Mike Sukle

The small size of the agency results in a freewheeling creative process. “You can sketch out an idea, and if the idea is good, it moves forward,” associate creative director Pedro Saldarriaga says. “There’s no bullshit here. Nothing takes time away from coming up with ideas.”

Glynn, the only writer in the building says, “I’m not the only writer here.” He means everyone contributes. Glynn came to Denver after eight years at FCB Chicago. When a stint at another agency ended in a firing on a Friday, Glynn recalls, “I got a call on Sunday. It was Mike, and he said, ‘It sucks you got fired. Can you come over and help us?’ That was seventeen years ago.” After all, he adds, “What other job lets you sit in a room and crack each other up?”

And at Sukle, they do crack each other up. Talking about the freestanding toilet they placed in a bus shelter for Denver Water, associate creative director Jeff Euteneuer explains how they tried to prevent it from being vandalized: “We had it filled with cement, epoxied it shut, protected it with resin, and bolted it to the sidewalk. What a pain in the ass that was.”

Without missing a beat, Saldarriaga says, “Toilets bring out the worst in people.”

PITCHING THE PEACH
By contrast, Sukle seems to bring out the best, most adventurous thinking from its people. “I won zero awards in Chicago and a heck of a lot in Denver,” Glynn says. “The rarified air in Denver didn’t make me any smarter. But the opportunities to do great work are here. There are no layers. No bureaucracies. That’s why people come to work at Sukle.”

The chance to do adventurous work, break a few bounda­ries and bring a smile to Denver commuters drives the new Health eCareers billboard campaign. Saldarriaga created work that features a single piece of fruit combined with a line of copy that transforms the fruit into a stand-in for a body part. When is a banana not a banana? When it’s the come-on for a career in urology.

“Out of home makes you think super simple,” Saldarriaga says. “And it’s the toughest thing to do in our industry. It forces you to do a solid idea. Plus it was fun to watch Mike present.”

How did the pitch go? Well, the Health eCareers CEO liked one of the boards so much that he took it and shared it at a meeting with his entire company. It featured a peach and a colorectal job. ca 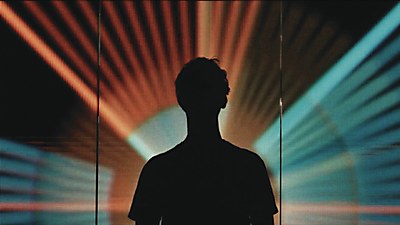 Features / Interactive
Assembly
The resourceful Kiwis at this New Zealand interactive agency have perfected the recipe for high-quality, cost-efficient work. 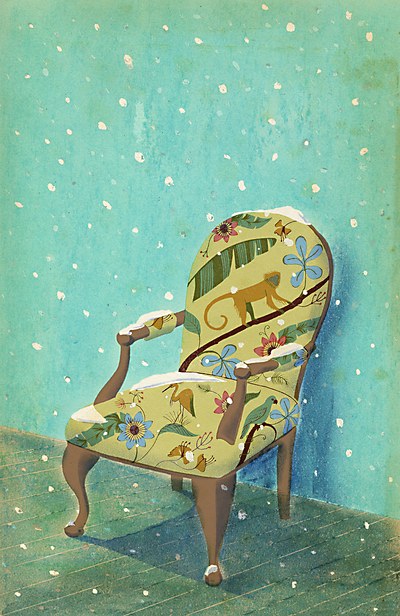 Features / Illustration
Sophie Casson
Armed with compassion and patience for her craft, this Montréal illustrator draws out the essence of her subjects. 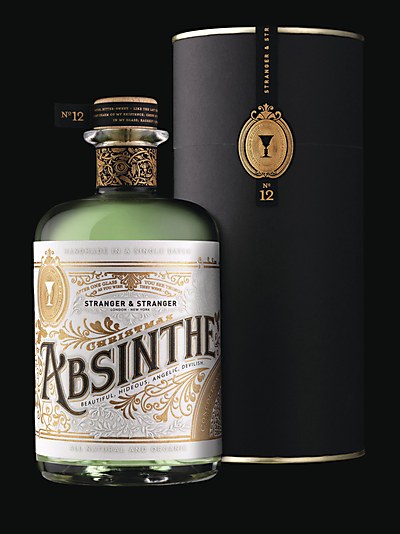