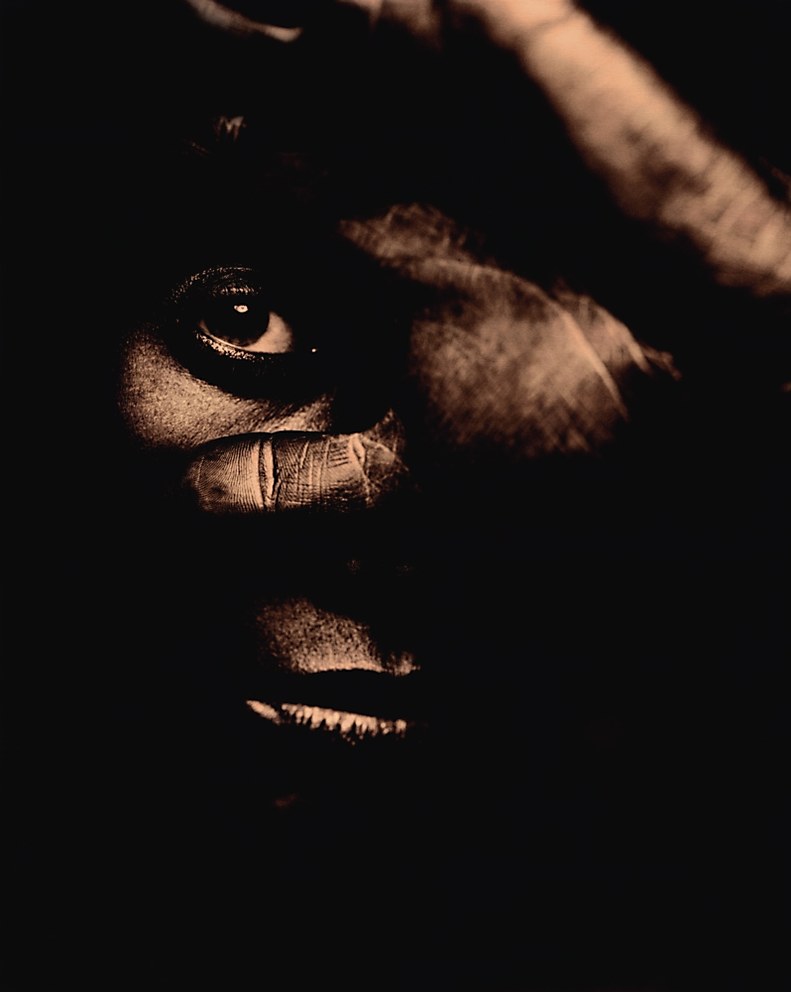 A Portland,Oregon, studio that produces powerful imagery and lasting relationships. 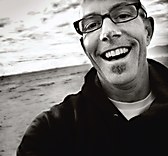 A cool wind swept the city, freeing the cherry blossoms from their limbs. Like pink snow, they settled onto the legal papers in Marcus Swanson’s hands, as he stood outside a rundown building two years ago. “I kept having to brush them off so I could see what I was signing,” says the 50-year-old photographer and owner of Swanson Studio, in Portland, Oregon. A lost lease had left him looking for new digs, and it was risky buying the 6,000-square-foot former print shop. “Those cherry blossoms couldn’t have been a more obvious sign; in Japan, they symbolize the fleetingness of life. They remind me to appreciate each day. I want to live as true to myself as I can.”

He also lives with curiosity and verve, something you get about Swanson before you ever meet him. Maybe it’s that first phone call with him, where you end up talking together for an hour about everything from spirituality to architecture. Certainly, you feel the fervor in the fourteen-year-old, eight-person firm’s photographs. Specializing in sports lifestyle and the gear that goes with it, “Marcus injects his own energy into images that perfectly capture the power and skill of the athletes,” says his rep, Cynthia Held of Los Angeles-based Held & Associates. “Whether it’s a portrait of Lance Armstrong or Olympic speed skater Yang Yang, underwater shots of professional swimmers, a photo of golf clubs or images of cancer survivors, he takes on a commercial assignment and makes it look real and spontaneous, yet powerful.”

For Swanson, photographing is as playful as his snowboarding or bicycle racing. “But there’s also a reverence in taking pictures,” he says. “Someone’s physical conditioning or a product’s design are amazing achievements that require commitment and intensity. Meeting people who follow their hearts and work hard at what they do inspires me to do the same.”

Hovering seagulls filled the frames of Swanson’s first photographs, 30-some years ago. “When I saw the prints, I was mesmerized,” he says. “Years later, a good friend described it as ‘a tickle in your brain.’ I wanted to go back and tickle it, again and again.”

So he did. In high school, he combined his love of sports with photographing them and, at Portland State University, he took up photojournalism for the human element of it, communicating stories through imagery Swanson says. “But the more I studied it, the less thrilled I was with the business of it.” He quit college when he met a couple of Nike photographers who needed an assistant, and learned-by-doing in New York City for six months. At 27, Swanson returned with $800, enough to go to Japan, where one of his mentors had lived. He came home after two months of traveling throughout East Asia, packed up his life and moved to Japan. He began his own business, in Tokyo, photographing cars and electronics and one year turned into seven. 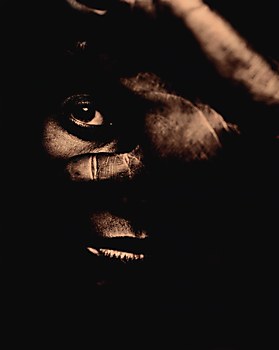 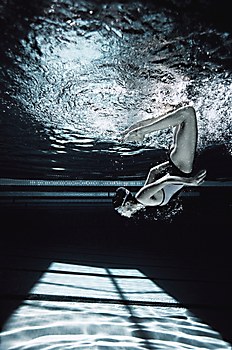 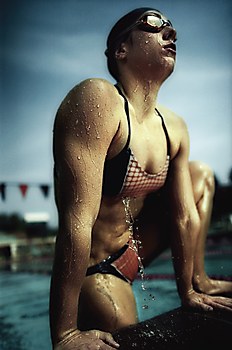 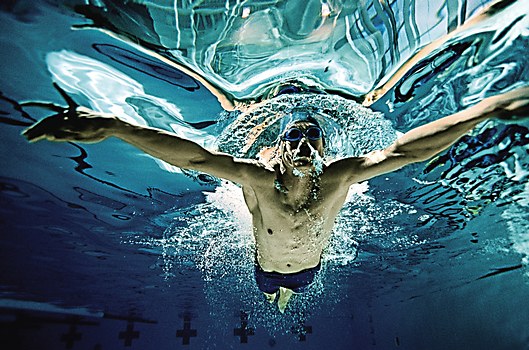 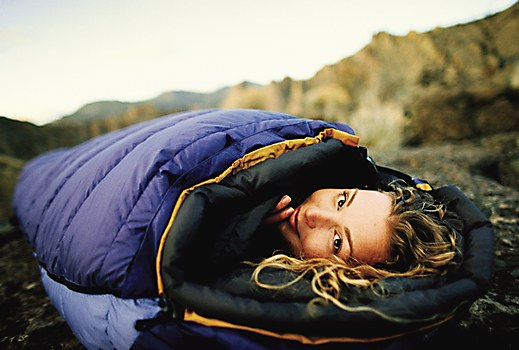 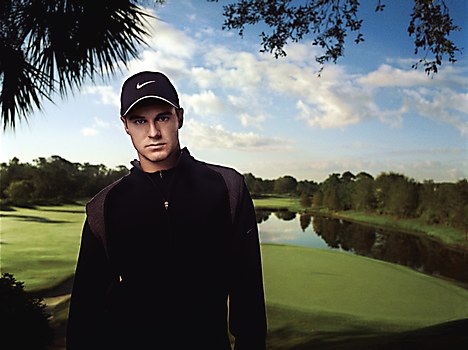 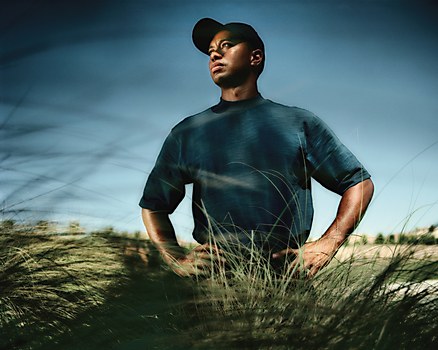 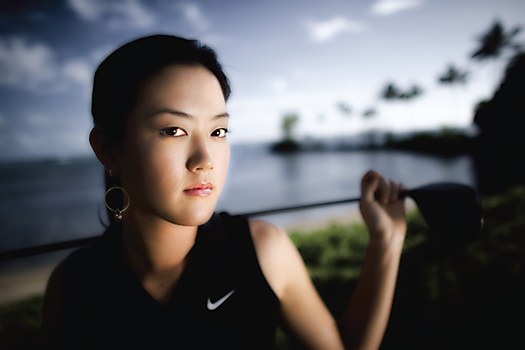 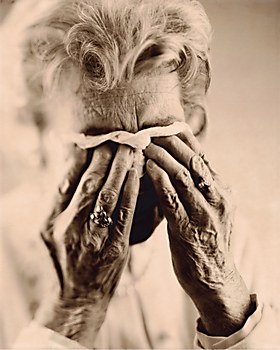 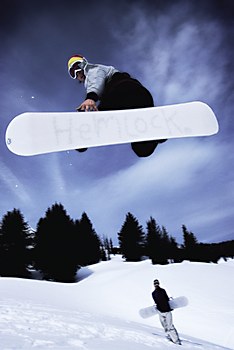 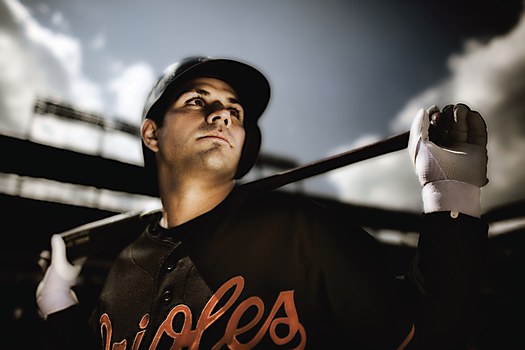 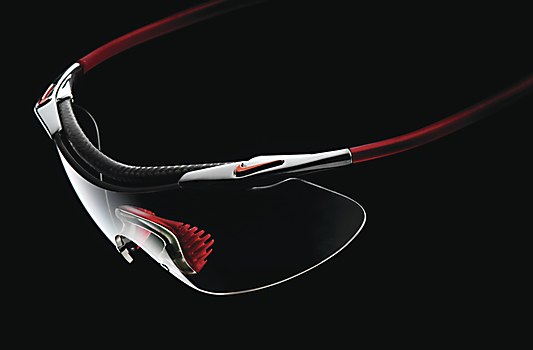 “In Japan, getting work is 98 percent building relationships,” he says. So when he returned to Portland, he applied the same strategy, seeking out companies he wanted to work with. Swanson Studio marketing manager Kathleen Pekkola carries on the tradition. “Our primary asset is our relationships—with clients, friends, vendors, everyone. Photography is actually secondary,” says Swanson.

His first contact was Portland’s Ziba Design, which still has strong connections to Japanese consumer electronics clients. Within three years, Swanson had hired three employees, including photographer Sean Reynolds who started as a photographer’s assistant. They were shooting watches, eyewear and other gear for Nike. Soon, Swanson was also photographing famous athletes. Today, with an additional photographer, Tyler Ashlock, Swanson Studio has added Perry Ellis, Finlandia Vodka and Kellogg’s to its 30-some client list. Says Swanson, “Other photographers in town may have a greater national presence than we do, but no one here does the scope of local and national work, from catalogs and brochures to magazine ads and billboards.” Someday he’d love to photograph the Olympics.

Collaboration is key, at every stage of production. Says Janet Jenkins, image design director at Nike, “Marcus shares his ideas while taking ours into consideration. He’s fairly easy-going, but on the job he’s completely focused and detail-oriented. He doesn’t stop until he’s got the shot. I feel confident that we’ll get what we need.”

After Swanson, Reynolds or Ashlock create the photographs, “pixel wrangler” Russ Dodd finesses them on site or in the studio. “We shoot specifically with the post-process in mind, to enhance the textures, colors and lighting that we ultimately need,” says Reynolds. “Doing this gives Russ great information to get the images to that final stage.”
We all get one revolution of the Earth each day. I love the mental image of riding the planet together with all these wonderful people who are so inspirational to me.”


Adds Dodd, “With each step, we’re all thinking about the entire process. I try to preplan the shoot and figure out what the pitfalls may be, so I can make it go more quickly and easily. Then I evaluate the files and digitally fine-tune the images. We want them to look photographic, not digitally-manipulated. If you see my post-production blaring out, something’s wrong.”

Athletes also get in on the action. “When they see what they look like, they can tell us what works for them,” says Swanson, whose photographs illustrate movement and energy, but also interpret the person on a more intimate level. Take the heptathlete Swanson photographed for Nike. After meeting their campaign’s criteria, he photographed Aja Frary for a personal piece (like many of his portraits)—but not until he painted her white face black, to bring out the primitive essence of her sport, which involves all the survival hunting skills like running and throwing, he explains. In this signature photograph of his, Swanson distilled her physical prowess down to one primal point—a single eye peeping out from behind her open palm.

Even the firm’s photos of sports gear honor their uses (sunglasses casting long shadows) and the materials they’re made of (digital enhancements of a glove’s pebbly leather or a golf club’s shiny chrome). And that iconic Coca-Cola spot Swanson directed? “He sees it with new eyes,” says Hal Curtis, creative director at Wieden Kennedy, “shooting it in a classic way, but bringing something fresh to it through his unique composition, perspective and lighting.”

In his photos, light and shadow celebrate shape and form. Swanson says, “I love to make my subject look as dimensional as possible within a two-dimensional medium.” His tactile, sculptural lighting calls up what he describes as “that beautiful wrap of light that comes right after the sun drops below the horizon, perfectly gradated from white-hot to black.” To achieve it, the company relies on custom-designed and -built reflectors and light boxes.
Our primary asset is our relationships—with clients, friends, vendors, everyone. Photography is actually secondary.”


Donning scuba gear, Swanson and crew use these light-shaping sources with day-light to photograph swimmers underwater. The deeper you go, the darker it gets. As Dodd explains, “The water filters out the colors, so we adjust for that with reflectors, and digital modulation, to achieve a natural look.” Adds Swanson, “It’s very challenging because the subject is moving, and you’re floating, carrying all that equipment while you’re trying to look through a camera with a mask on your face. Plus, you’re mixing electricity with water, and that can be very dangerous.”

It’s worth the risk for photographs such as the one Swanson did of a swimmer for Nike Swim. He asked her to play around in the water like a kid. So she did, arching her back into an underwater flip—legs thrust forward above her head, arms thrown back behind her—that he captured sandwiched between a splash of light at the surface and the shadow of the pool’s lane-dividers. Meanwhile, Swanson’s underwater images express their aqueous textures, from glassy to shimmery to bubbly, as if water, too, has feelings.

“Beyond his skills and aesthetics, Marcus brings extra qualities—compassion and emotion—to whatever he’s shooting,” says Held. “Clients appreciate that, and remain loyal, not only for his photographic talent, but for his qualities as a person who is also fun and easy to be around.” No big ego or fanfare about him, either.

But if Swanson heralds anything, it’s his staff. He says, “I may make the image, but its success depends on all the meticulous support around it. Everything has to be thought out and working properly.” Everyone connected with the studio plays a part, from producer Katie Simon’s scheduling to bookkeeper Chelsea Huffman’s calculations. “I appreciate the contribution of each person, whether it’s a freelance assistant, an art director or an athlete.”

The Revolutions Project illustrates his regard. Begun two years ago as Swanson’s final personal piece from his old studio space, it pays tribute to all the relationships that had been a part of it. Tiny portraits of people and their families and pets fill a large circle. Every so often, he adds more. “We all get one revolution of the Earth each day,” he says. “I love the mental image of riding the planet together with all these wonderful people who are so inspirational to me.” ca 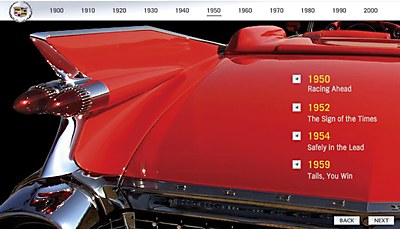 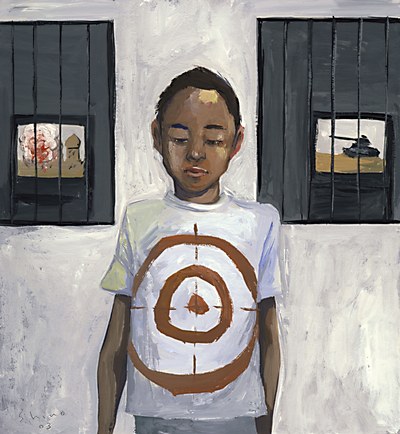 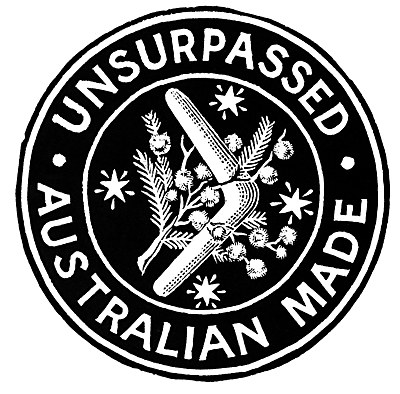