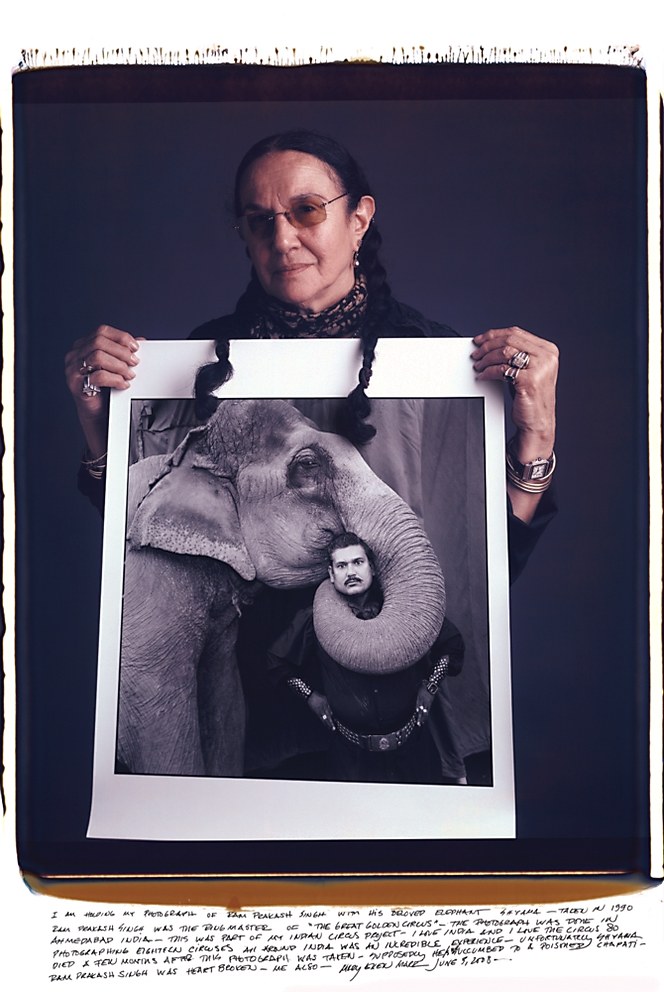 Tim Mantoani uses a disappearing medium to document the masters of photography. Anne Telford describes the power of his simple approach.

Tim Mantoani, who opened his San Diego, California studio in 1955, made a mark for himself as a sports photographer by using a medium less intuitive than a portable camera. “Most sports photographers are 35mm photojournalists who get the opportunity through their relationships with players to do a portrait,” he explains. “I came in as an advertising studio guy who took those tools out to the ballpark. When a baseball player who’d been photographed a hundred times walked into a room, there was something a little bit different going on.” His credits include Sports Illustrated, Newsweek and ESPN The Magazine, as well as campaigns for the Oakland Raiders, the NFL, Nike, Ford and Oakley, among others. 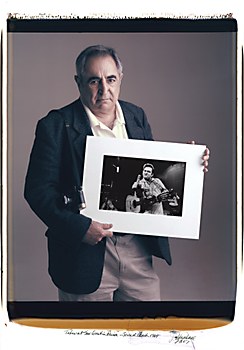 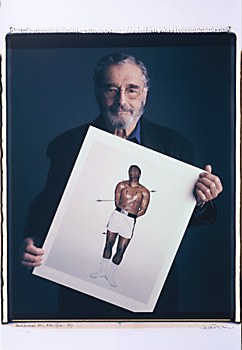 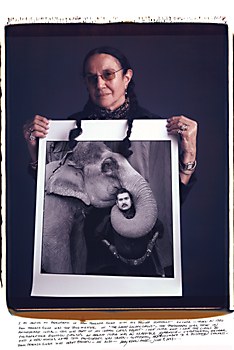 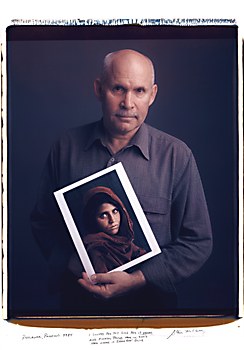 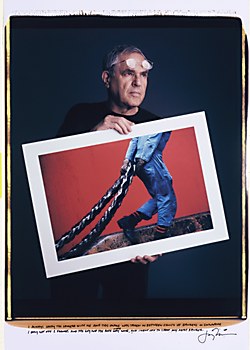 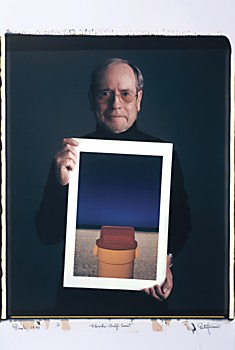 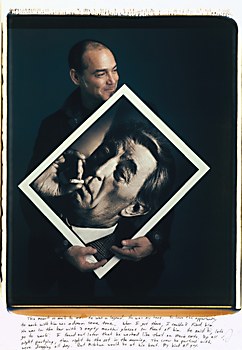 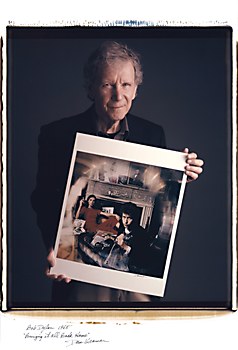 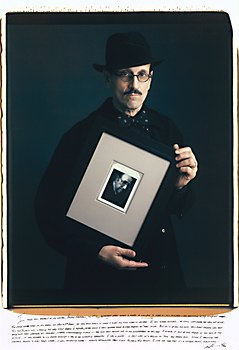 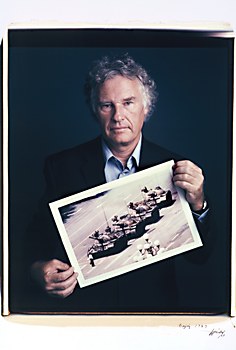 Using another unexpected tool to great effect, he gave himself a compelling assignment. Begun in 2006, Mantoani’s latest project documents both a disappearing medium—Polaroid film—and photography's old guard, the artists who apprenticed with the greats and refined their techniques in the darkroom. At home with a view camera, Mantoani is using a Polaroid 20 x 24 camera to make portraits of noted photographers. The angle he has hit on, photographing the photographers holding a print of one of their iconic photographs, is powerful and simple—like his work. His honest pictures scratch the surface to reveal the personality, character and passion of his subjects. In the process he is honoring both the vanishing photographic medium that pioneered “instant” photography, and the venerable lens men and women who have collectively captured decades of culture and celebrity with their own cameras. Along the way, he has garnered fascinating stories about how these photographers approach a challenge, and anecdotes that further enrich the historic importance of these documentary portraits. He has documented over 100 photographers to date and is determined to capture as many as possible, before the supplies of Polaroid film disappear.

“As a photographer, we document other artists and cultures and parts of society, but there are only a handful of people I can think of who have documented photographers,” he says. “I don’t think anybody has done it in this format and it's coming at a time when all of the film has been made, there are factories being torn down and I don't know how long it's going to be-maybe two years from now? There’s a good possibility that you’ll never be able to shoot in that medium again.

“Maybe this kind of a project hasn't been done, because it's very intimidating to contact these people, ask, and then they walk in the room and you think ‘OK, I'm going to take a picture of you and you are one of the best photographers around!’”
Through all these different eyes, we see recorded history.”


In an age in which it’s hard to tell what is real and what is digitally altered, it's refreshing to find a photographer who likes to keep it honest and simple. The result is powerful portraits and unvarnished craft. Mantoani speaks of the purity of the single frame in black-and-white photography. You can see in his eyes that the idea sparks his creative drive; the dichotomy between shooting nearly limitless frames with a digital camera and composing $75 pieces of film, offers a desirable challenge.

As for his latest project, “I think I’ll be done when I can’t think of anybody else to shoot who'll come in, or I can’t shoot anymore because there’s no film left,” Mantoani says.

Everything from a kiss by Elvis to Robert F. Kennedy’s dying moments has been captured in these portraits by photographers whose work spans the last several decades. At 98-and still shooting-architectural photographer Julius Schulman is the eldest subject. Mantoani explains his interest, “Think what transpired in photography in the lives of these people: It’s fascinating to think of now [when] kids don’t think anything of taking photos with their phones. What these photographers were doing to get photographs published...” he muses. He has taken to enlarging the Polaroids to 30 x 40 prints so that in many portraits, the faces becomes almost life size.

He says he asks his subjects, “‘When you took this did you have any idea of the relevance of this picture?’ Most didn’t at the time. When these photographers are long gone, this will be a way for future generations to stand in front of these people and see their work.” Mantoani says he is pleased to see photographers getting more recognition than just a tiny photo credit at the bottom of the page. He sees this documentary project as a record of their passion being shared by other people. He chose photographers whose work was legendary in various circles or subcultures. “Their individual likes and desires have driven them to document a different subject matter whether it's Ron Galella's fascination with celebrity or William Wegman with his dogs,” Mantoani explains, “through all these different eyes, we see recorded history.” ca 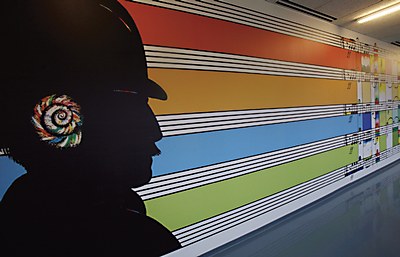 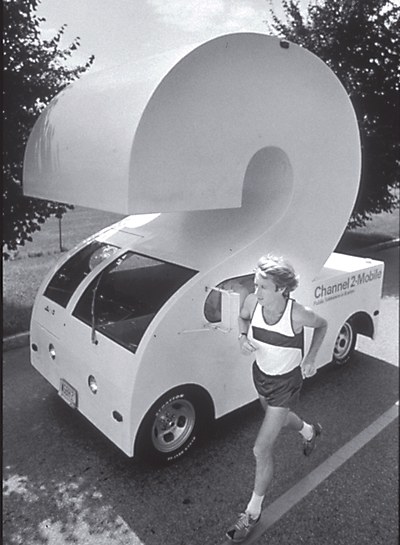 Features / Design
Fifty Years of TV Graphics
On-screen graphics have come a long way since the first color TV sets in the 1960s. 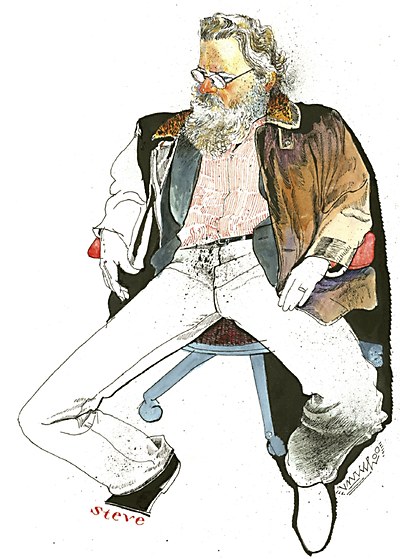