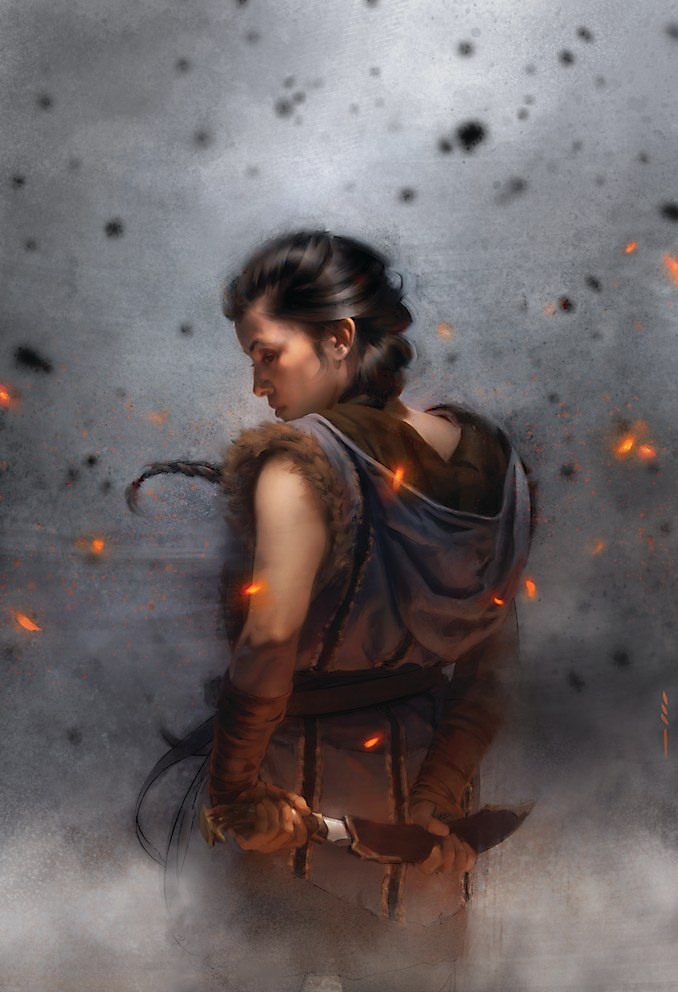 A Bellingham, Washington–based illustrator turns sci-fi and fantasy characters into flesh and blood.

It all begins with a small, black smudge. As Tommy Arnold slides the stylus around, the amorphous shape on the screen gradually turns into a man. A few more strokes, and the shadow behind him becomes a billowing blood-red velvet cloak, the blob on his head a golden-spiked helmet. Crouched and clutching a shining dagger, the warrior braces himself for battle as lightning slashes the sky. 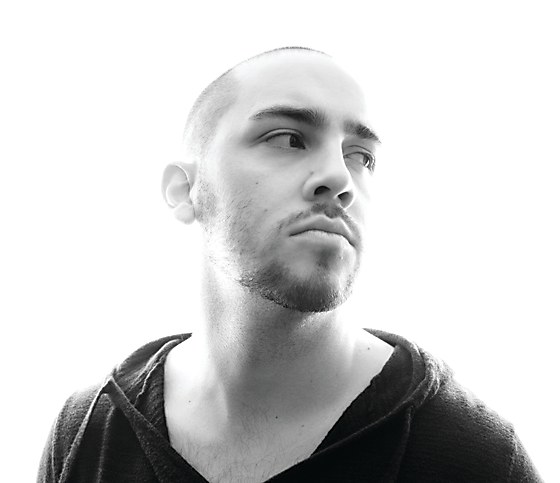 Fantastic characters like this have always felt normal to Arnold, 28, who grew up playing Magic: The Gathering and watching Star Wars and, especially, Lord of the Rings. Of the latter, Arnold says, “Those movies were a huge watershed moment for fantasy in terms of it becoming mainstream, but to me as a child then, this genre felt very normal. And a lot of these stories, at their core, are just about the power of the human spirit—something I’ve always really believed in.” For Arnold now, living in the world of science fiction and fantasy means illustrating its book covers.

One of them is for Touch of Iron, which author Timandra Whitecastle self-published in 2016. “He conveys the book’s grim and hostile environment so well in the sparks and ashes flying about; and the female character’s don’t-mess-with-me attitude in her posture and face,” she says. “His covers are clear-cut and stark in their aesthetic. You immediately get a sense of who these characters are and what to expect from the novels. I’d have trouble naming another cover artist working in speculative fiction today who gets even close to the level of definition and realism that Tommy does.”

Just a few years into the profession, this Bellingham, Washington, illustrator is already one of the industry’s most respected. But Arnold didn’t grow up imagining life as an artist.

Born in Atlanta, Georgia, and raised in smaller Southeast towns, he entered LaGrange College with no idea of a career for himself. Then he took a required art class, which sparked a love of drawing. That’s when he noticed the illustrators credited on his Magic cards and book covers. He suddenly wanted to be one of them.

While finishing up at LaGrange long distance, he enrolled in the two-year illustration program at Portfolio Center in Atlanta. Here, instructor and comic-book artist Brian Stelfreeze quickly became his mentor. He taught illustration fundamentals in figure drawing, painting, perspective and color theory, “and that there’s a science to illustration,” says Arnold. “He challenged me to analyze and understand what I was seeing in pictures, and know that with hard work, I could master and command any element of artistic vocabulary.” Stelfreeze also was living proof for him that it was possible to be a successful freelance illustrator, “an example I was keen to imitate.” 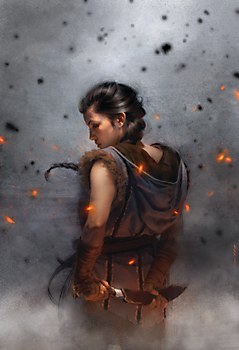 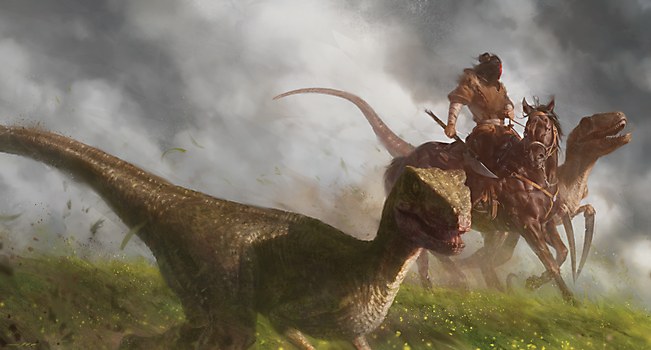 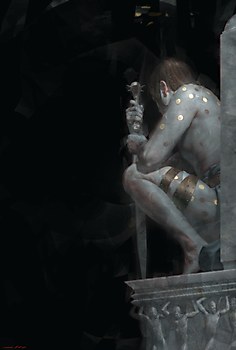 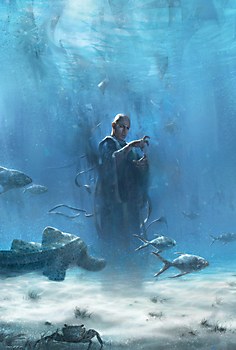 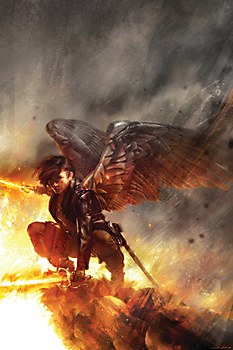 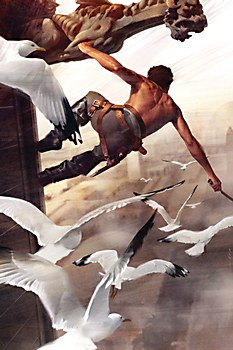 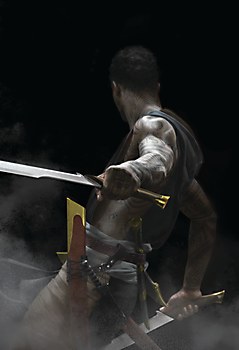 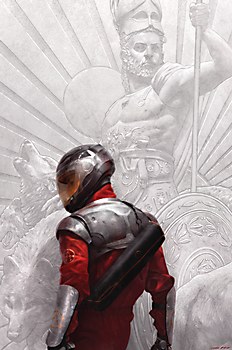 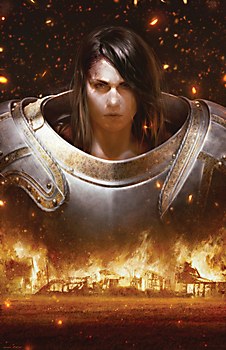 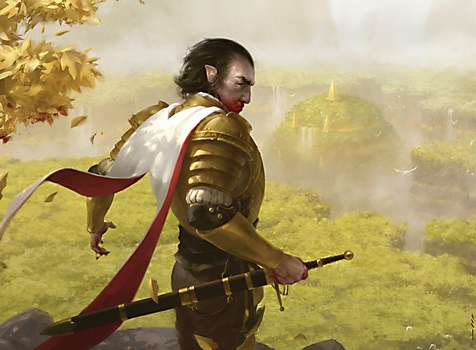 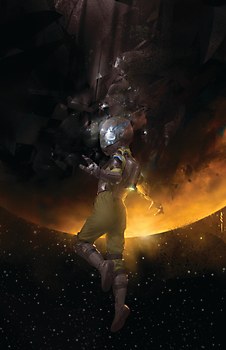 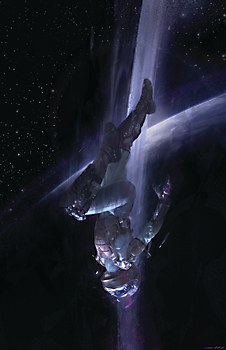 In 2012, three-quarters into his program at Portfolio Center, Arnold dropped out to take a job illustrating for an animated TV series with Bento Box Entertainment, while working nights on freelance gigs. Then, after a nine-month stint with Floyd County Productions’ Archer series, his savings let him leap into freelancing full-time.

Soon after, he met Irene Gallo, associate publisher of Tor.com and creative director at Tor Books, which launched his professional career. By then, “I was really focused and knew exactly what I wanted to do,” he says. He was getting known as a cover artist.

In early 2015, Lauren Panepinto, creative director at Orbit Books, was looking through Tor.com one day when she was struck by two illustrations. They were expressively painted, yet realistic; and the characters were strong, yet also enigmatic, conveyed with emotional depth and nuance. These were Arnold’s first assignments for Gallo. Panepinto immediately emailed him and commissioned covers for David Dalglish’s Seraphim trilogy. The illustrations were to be heroic and powerful winged warriors, but they still needed to have that human connection, for readers to relate to them.

“Tommy’s characters really sing, and they sell really well,” says Panepinto. “They’re not generic; he puts a lot of emotion in the face and body language, making them look like real people, not idealized characters.”

When I read a great character, I don’t see their face; I know them as someone I’ve already met. And we draw best the things and people we know.”

Arnold says, “I’ve always been concerned more with naturalism than with realism. I’m always looking, drawing in my head the way some people draw in their sketchbooks. Brian taught me to really understand and catalog what I was seeing so that I could call on it anytime. When I read a great character, I don’t see their face; I know them as someone I’ve already met. And we draw best the things and people we know.”

The best place for this is his private studio in a townhouse he shares with illustrator Wylie Beckert. Their quiet residential neighborhood isn’t far from the woods and beautiful Bellingham Bay, perfect for taking breaks walking their Chihuahua mix, Tiki. Before Arnold picks up his stylus, he likes to read the books he’ll be illustrating, making note of the larger emotional moments as he goes. Then he puts the finished book down for a few days. “That lets me forget scenes and details, but not moods, and those are what I go for.” Next, in the “presketching” stage, he writes out his ideas. “I start abstractly, from the gut, and build from there, planning how colors, light and shapes can manipulate readers to feel particular emotions.”

By the time Arnold presents clients with three sketches, each is tight and polished, expressing a different dominant mood. Once the client selects a sketch, Arnold hires models who resemble his characters. He poses and photographs them in jumpsuits and military uniforms, with swords and rifles, and other costumes and props that fill his studio closet. From the session’s 2,000-plus photos, Arnold ranks the best in Adobe Bridge. Then he creates a rudimentary collage with them, referring to it as he paints on top of his sketch, resulting in the final image.

“He’s not afraid to let the character be the star of the piece,” says Panepinto. “And he gets the visual hierarchy of book covers, controlling what the viewer looks at and in what order, through size, color, saturation and light. Tommy’s got a handle on that.”

Meanwhile, the principles of music play into his illustrations. “A brushstroke, a shape, a color—these things have an attack, just like a musical note, in terms of how quickly they’re recognized and how long they resonate,” he says. “Certain notes together result in aural tension, with dissonance or harmony, similar to the way a foreground figure interacts with the background or with its place in the frame.”

I start abstractly, from the gut, and build from there, planning how colors, light and shapes can manipulate readers to feel particular emotions.”

When Yanni Kuznia saw Arnold’s illustration for The Jewel and Her Lapidary, Fran Wilde’s novella from Tor.com Publishing, “I was blown away,” says the managing editor and sometimes art director at Subterranean Press. “The greens and yellows are what drew my eye, and the purple adds that splash of contrast. Then the swooping banners in the background feel like they’re poised to catch that moment right before the action explodes, creating this anticipation.”

Kuznia hired Arnold to illustrate Reaper’s Gale, Steven Erikson’s seventh novel in his Malazan Book of the Fallen series. The brief for the two limited editions of the book called for separate front-panel and wraparound dust jackets, and four interior color illustrations, with an added gatefold for one of the books. “On a cover, you have one shot to tell the story. For this project, all the illustrations could work together to say something more complete,” says Arnold.

Thinking about the narrative arc and treating the images as a whole, he pulled scenes from the novel that represented its separate acts. His illustrations give the impression of a world becoming increasingly magical, as they move from the clear and realistic to the distorted and abstract. Colors in each play against one another, creating distinct, emotional meaning.

“It was a dream job,” says Arnold. “I was finally able to utilize some of the lessons about sequential storytelling that I’d gleaned from being around Brian and his love of comics.”

Since then, Arnold’s career has exploded—doubling his client list—with more Tor and Orbit covers, and those for Del Rey Books, Saga Press, Angry Robot Books and a host of self-published authors.

Whatever the project, “I want to bring as much picture-making knowledge to bear as possible and immerse myself in the creative process as deeply as I can. That’s the fun of all this. There’s no ceiling on how high of an art form illustration can be with dedication and hard work. I love waking up each day excited to paint and push myself to be better.” Just like the characters on the sci-fi and fantasy books he illustrates, “there’s nothing I feel I can’t do.” ca 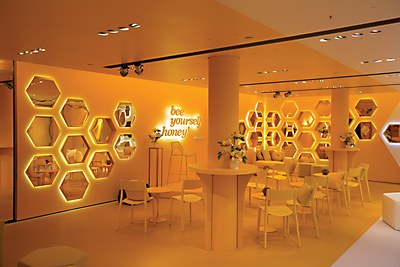 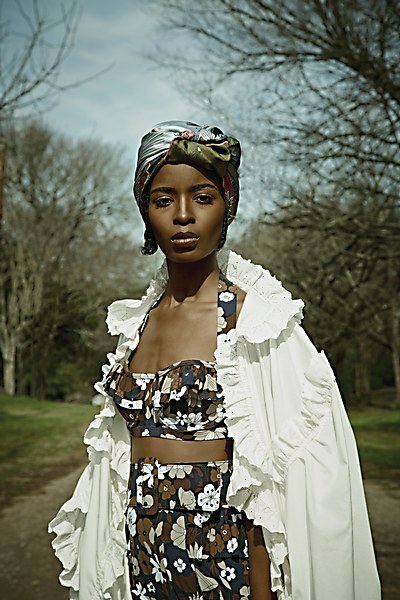 Features / Photography
Maxine Helfman
Her work imparts her stylist’s eye, and her story reveals her fearless heart. This Florida-based photographer is poised for new challenges. 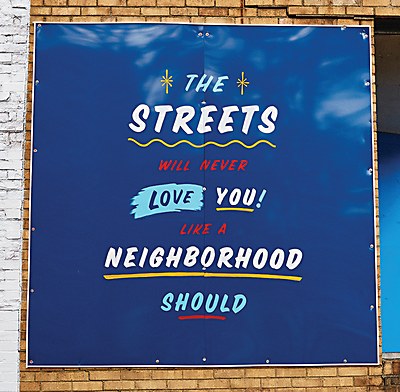