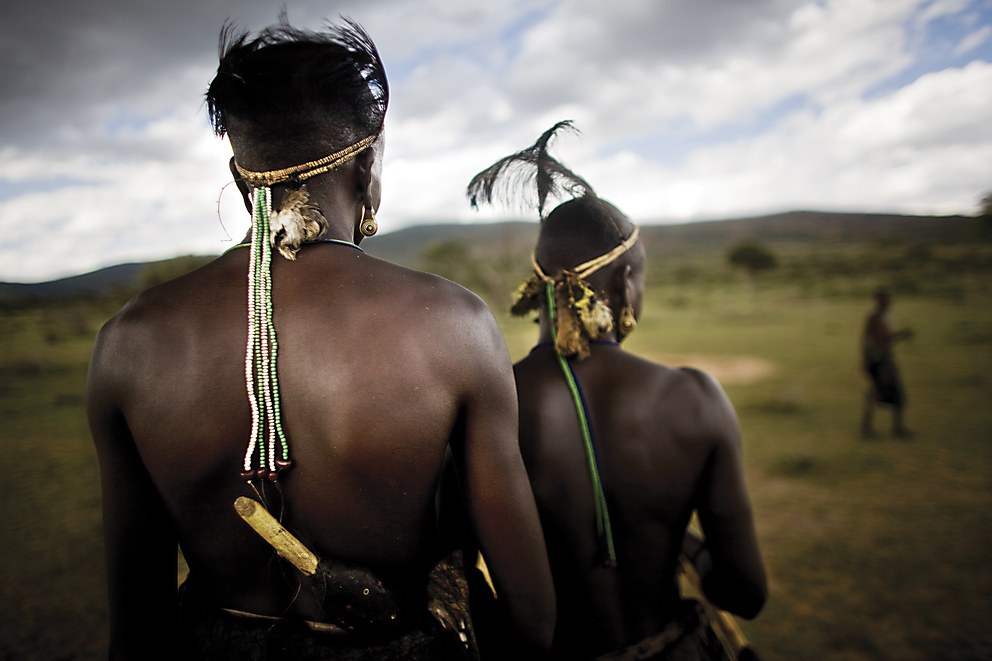 A designer-turned-photographer with a global view of humankind. 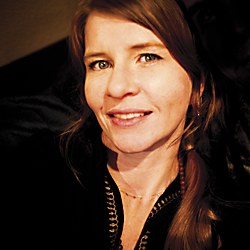 Sitting by the window in her childhood home in Australia, a ten-year-old Toni Greaves looked out at her neighborhood and daydreamed her future. “I always had this innate sense that life would be bigger than anything I could fathom then,” she says. “I’ve always felt that I live ‘on this planet,’ not simply ‘in this country.’”

With her global view and sense of adventure, Greaves set her sights on the world, taking her camera to Afghanistan, Africa and India, Europe and the United States. From her images of boys in rites-of-passage rituals in Northern Kenya to those of a young nun in New Jersey, since 2008 as Toni Greaves Pho­tog­raphy, she has worked for commercial, editorial and NGO clients, while pursuing her own photo-documentary projects.

“I like the idea of telling photographic stories about people, stories that invoke compassion and kindness, and reveal per­spec­tives and understanding that one might not have imagined before,” says Greaves, from her home in Portland, Oregon. “I want to create work that attempts to break down barriers.”

Her work also wins awards. Among them, Photo District News magazine in 2009 named her one of “PDN’s 30 New and Emerging Photographers to Watch.” In 2011, the esteemed International Festival of Photojournalism, held annually in Perpignan, France, selected her series of the young nun, Radical Love; and the following year, she was the Grand Prize Winner at the Palm Springs Photo Festival.

Greaves, who immerses herself in subjects often for extended periods of time, says, “Photography helps me engage with the world. It puts me in situations and exposes me to so many different things and so many different types of people. It forces me to make connections with people who maybe, normally, I wouldn’t. The camera changes every­thing for me.” 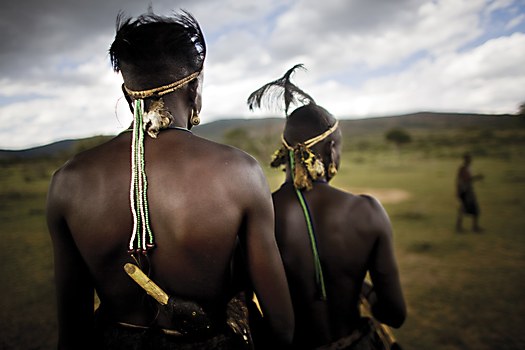 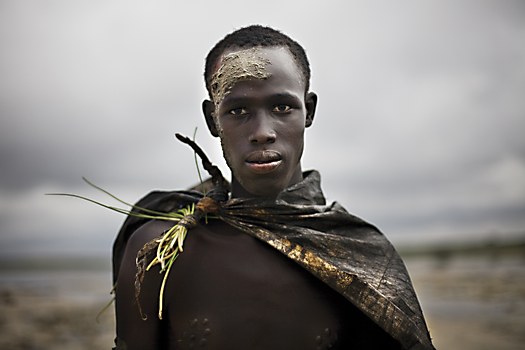 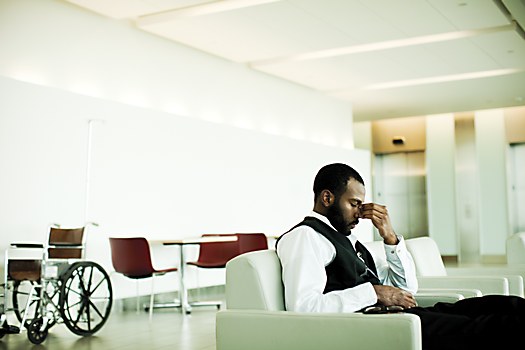 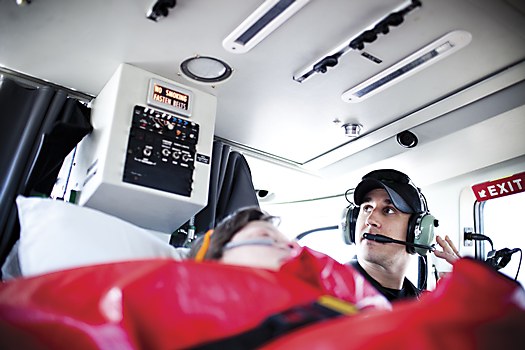 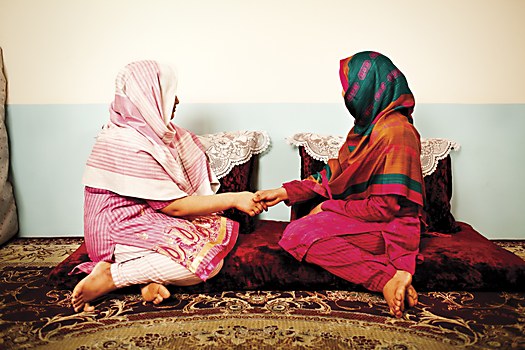 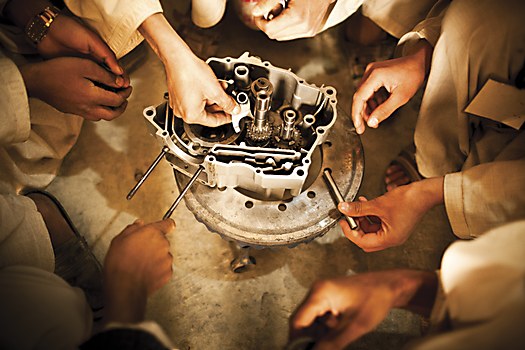 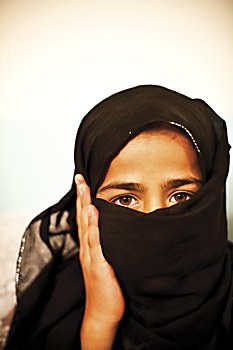 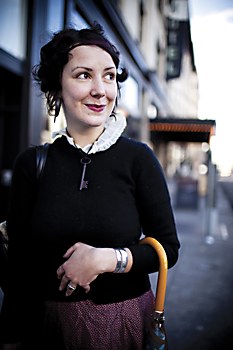 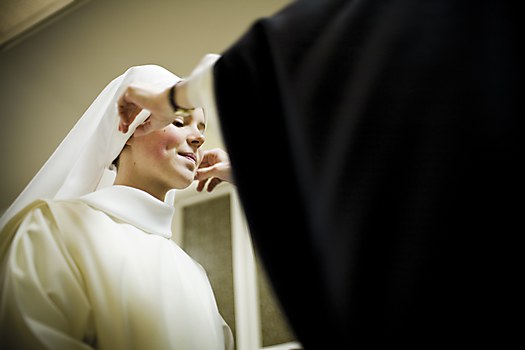 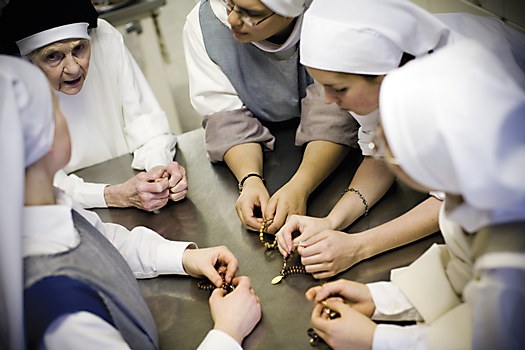 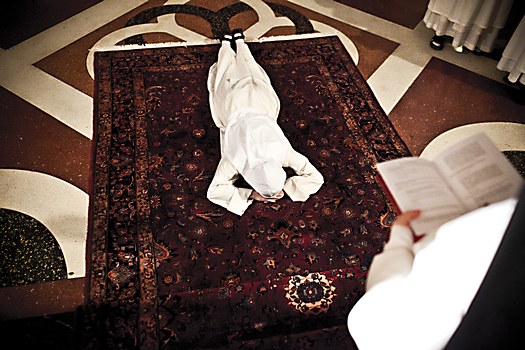 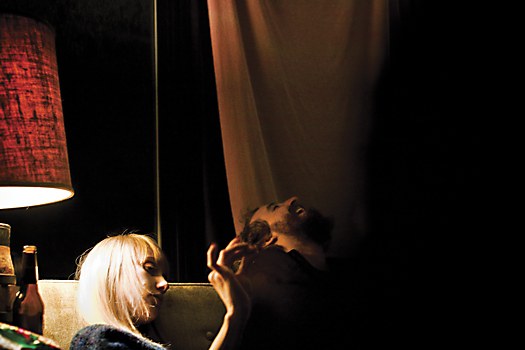 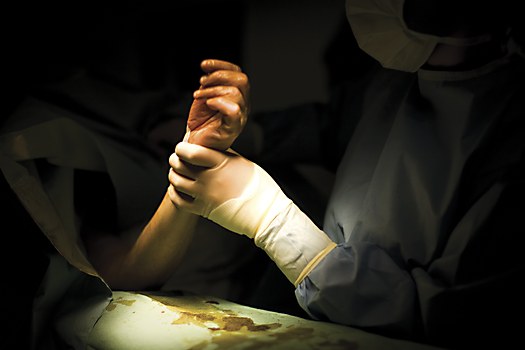 Whether with a camera or colored pencils, the visual arts have always been a part of Greaves’s life. As a child, she wasn’t allowed to have coloring books and was, instead, encouraged to draw her own pictures. She made little hand­made books of her art, designed posters for the school play, took pictures and, by age eighteen, exhibited her fine-art illustra­tions of animals.

Greaves carried her interest in art to Portland, Oregon, where she earned associate degrees in graphic design and journalism. With a Bachelor of Science and a Master of Arts in visual communication design from Kent State University, for fourteen years she worked as an art/creative director for interactive design agencies in London and the US, for clients such as Nike, Apple, Microsoft and British Airways.

She always kept her camera nearby, as she experimented on her own with fine-art photography and photojournalism. While living in the UK, a friend introduced Greaves to some Samburu warriors from Kenya, brought to Wales for a traditional dance festival. She stayed in touch with them, which led her to their African community in 2003. She went there again in 2006, this time living for six weeks with the tribe, photographing rites-of-passage ceremonies that happen just once every fifteen years—the only woman to have done this, she was told then.

The biggest impact on Greaves and her career was her mother’s death, in 2004. “I was there when she died, and her death made me stop and look at what I was doing with my life,” she says. “I love design, but felt that photography had been in my heart for a long time, and I wanted to see what I could make of that.”

I love design, but felt that photography had been in my heart for a long time, and I wanted to see what I could make of that.”

This led to the year-long documentary photography and photojournalism program at the International Center of Photography (ICP). After graduating in 2008, early in her career she decided to focus on a mix of documentary
pho­tography and photojournalism for commercial, editorial and NGO clients, along with her personal projects. Says Greaves, “I knew that relying only on editorial work wouldn’t be wise, given the continual shifts in the industry.” The Charles Schwab Corporation, the Cleveland Clinic and Mercy Corps join time, Le Monde, Marie Claire and the New York Times among those who have turned to Greaves for her photography.

David Cannon, creative director at the Atlanta, Georgia-based design firm, Unboundary, hired Greaves to photograph Charles Schwab clients in their homes and offices for its 2011 annual report. He says, “Because of Toni’s background, she was able to balance commerce with something that was very much a work of art. Her sensibility regarding quality of light and the way she framed the shots were what drew us to her, initially. And she showed such great empathy toward her sub­jects, which was critical for shooting within people’s homes.”

Adds Joan Cusick, director of public relations at Charles Schwab, “Toni’s honest, documentary approach was exactly what we were looking for. Plus, a positive experience working together matters to me as much as great-quality photo­graphs. With so many photographers, you get one but not the other. But Toni was a dream to work with, a true member of our team, who won over every Schwab client and employee she met. And the images she produced were beautiful and integral to our story.”

Says Greaves, “Working with agencies and commercial clients allows me to dip my foot back into the world I know so well. The fact that I understand their businesses probably makes the process a lot easier for them, too. Design is where I devel­oped my visual acumen, initially. As a result, I apply the design profession’s clarity of message and meaning and immediate sense of composition, beauty and elegance to all of my photography.”

The photos Greaves took for the Cleveland Clinic’s 2010 annual report “are approachable, yet stunning, which is difficult to achieve when photographing patients who are acutely ill,” says the clinic’s Barbara Ludwig Coleman, senior manager, creative services/design. “Toni captures the moment with a journalist’s approach, yet the humanity and emotive qualities are all there, compositionally, tonally and from unique angles, literally and figuratively.”

Toni’s honest, documentary approach was exactly what we were looking for. Plus, a positive experience working together matters to me as much as great-quality photo­graphs."—Joan Cusick, Charles Schwab

The Johnson & Johnson Foundation also loved Greaves’s work. Shortly after her ICP graduation, she was awarded a fellow­ship to photograph some of the company’s philanthropic pro­grams in Europe—24 of them in 7 countries, within 15 days. “It was intense and hectic, but it was a tremendous, early experience for me.”

As a personal project for the past five years, Greaves has been following the Dominican Nuns at the cloistered Roman Catholic Monastery of Our Lady of the Rosary, in Summit, New Jersey. There, she documented the life of Sister Lauren Franko (now Sister Maria Teresa of the Sacred Heart). Her Radical Love body of work will be published by Chronicle Books in 2014, her first monograph.

From nuns to “Furries,” Greaves next photographed people who feel penned in by their own humanity, and truest to themselves when they wear animal costumes. Meanwhile, on the other side of the globe in rural Nepal, women typically give birth in cowsheds. In 2009, Greaves photographed several pregnant women in an effort to find one, for a Bill & Melinda Gates Foundation assignment. Nineteen-year-old Maheshwori Devi Bishwokarma was three days past due in her pregnancy, yet she continued to chop wood and herd goats.

Women all over the world face struggles, and Greaves elo­quently conveys their strength. In March 2012, she traveled to Southern Afghanistan on assignment for Mercy Corps, to photograph and interview women at the organization’s voca­tional programs and schools. If their families allow them to attend, the women learn computer skills, tailoring, embroid­ery, English and calligraphy. In a beat-up car bumping down dusty roads through farmlands, Greaves visited a remote village, where locals are unaccustomed to foreign visit­ors. The powerful Taliban presence also meant security measures for Greaves, who always wore a burqa and hijab, and was escorted at all times by Mercy Corps staff.

“Toni was able to create a photo-essay of haunting power,” says Phil Ottum, photography specialist at Mercy Corps. When he first met her, he was “impressed with the breadth of her experience and dedication to story­telling. Her attention to detail, intelligent question­ing and finding a deeper story were noteworthy.”

So much of Greaves’s ability to reach her subjects relies on the way she engages with people, and the quick trust she develops with them. “It has everything to do with my transparency and openness,” she says. “There’s a lot of intuition involved, and being loving and kind to the people I’m engaging with. I also convey that I care more about who they are as people than I do about the photos. I under­stand that they’re giving me a lot by letting me be there to make pictures.”

Her pictures give a lot in return. Whether they bring joy, foster understanding or change opinions, Greaves’s photographs ask you to pause and let them in. “We’re influenced by everything we see,” she says. “If I can create work that shifts people even a small amount in a more positive direction, so they go on to treat another person more kindly, then I’ve done a good thing.” ca 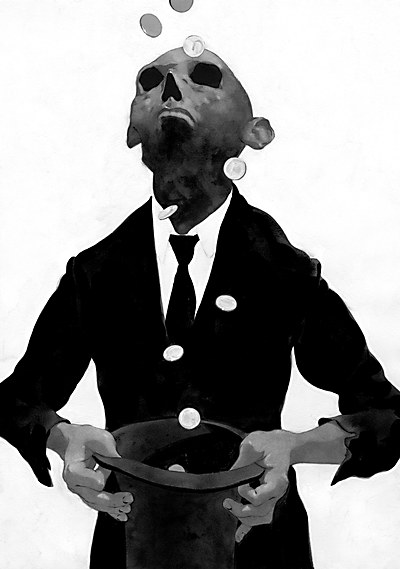 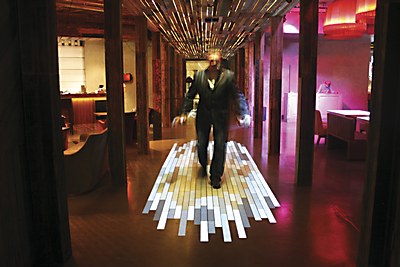 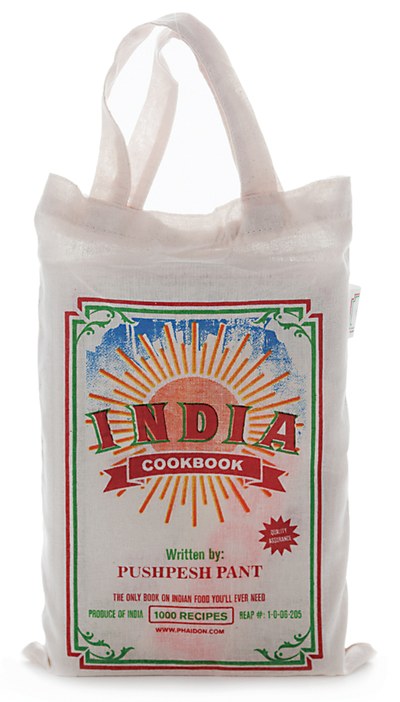