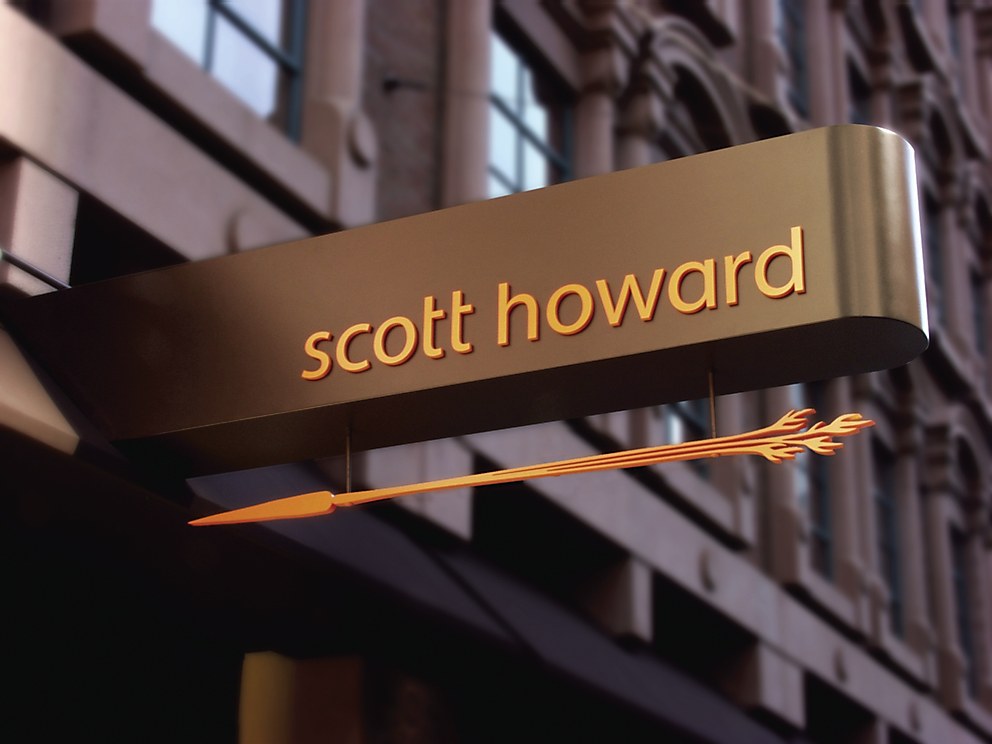 With perspectives from both sides of the pond, this firm creates adventures in design. 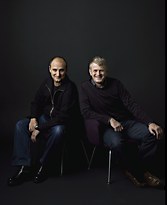 Britain is awash with new money. And that’s the best kind really, because it likes to be spent. From huge bonuses earned by financial firms in The City to Russian oil money, the evidence is everywhere. Housing prices are doubling in the blink of an eye. Baby Bentleys choke London’s downtown streets. Britain has seen itself transformed from a nation of shopkeepers to a nation of shoppers. As they reach for shiny, new mobile phones, cool new drinks and high-style housewares, chances are good that many of the brands and packages they reach for have been designed by Turner Duckworth.

From the Motorola motorokr to Jamba Juice and Chilean Root: 1 wine, to groceries from upscale marketer Waitrose, and over 44,000 separate items for home-improvement chain Homebase, Turner Duckworth designs delight the eye, tease the brain and connect with consumers.

The single most important characteristic informing the work of Turner Duckworth? In a word: wit. Oscar Wilde called it “that indescribable little nothing.” OK, he was defining charm, but he might as well have been talking about the subtle charms of Turner Duckworth’s work. For fifteen years, they’ve been delighting clients, winning awards and charming the public with clever logos, smart branding and identity campaigns that combine high design, visual wit and rigorous attention to detail.

It’s an effective strategy. Not only for Turner Duckworth, which started out in a corner of an industrial warehouse in London in 1992 and now maintains offices in San Francisco, but for its clients. Case in point: One of its first American clients, McKenzie River Corporation, manufacturer of Sparks and Steel Reserve, recently sold these two brands to Miller Brewing for $215 million.

For partner David Turner, wit is the visual residue that remains from having an idea. “There’s more to design than making something attractive,” he says. “An idea is something that makes your mind work.”

“It’s the Aha! moment,” his partner Bruce Duckworth chimes in. 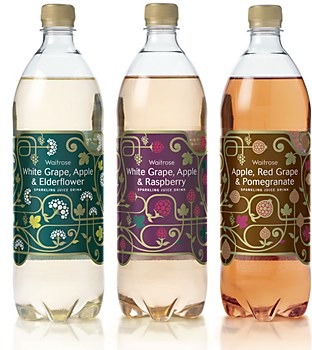 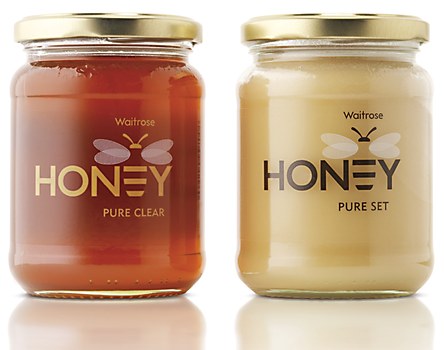 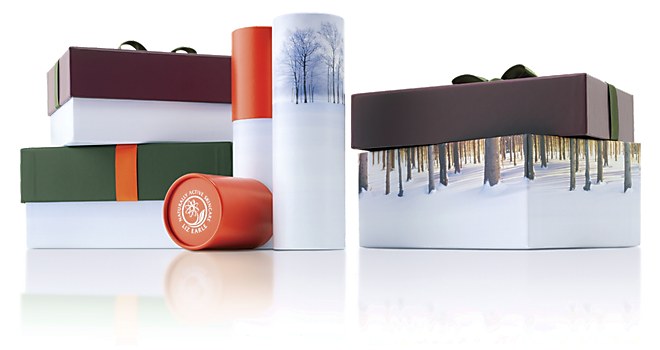 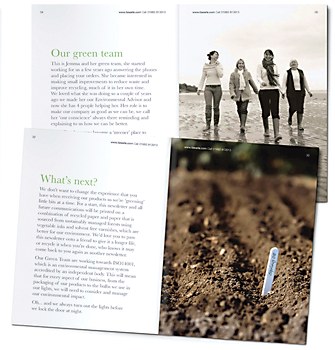 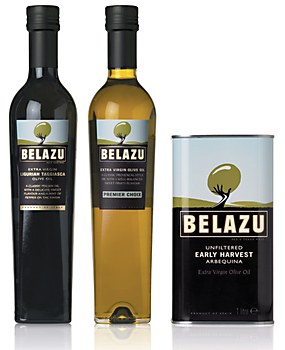 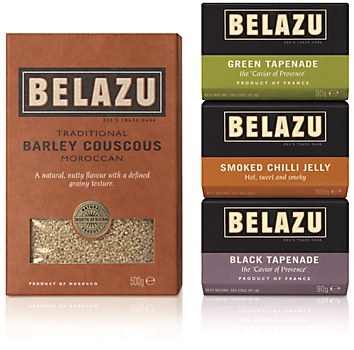 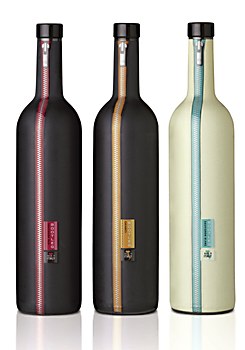 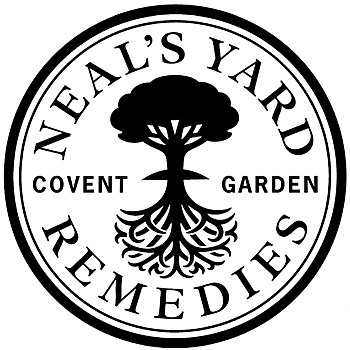 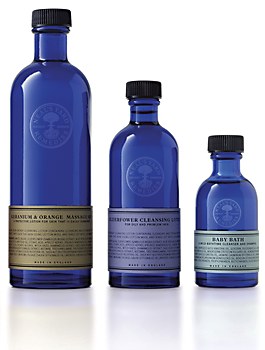 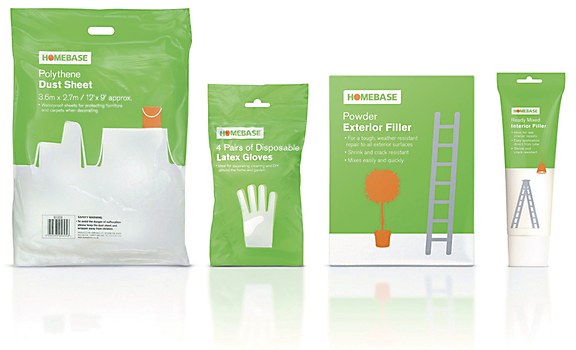 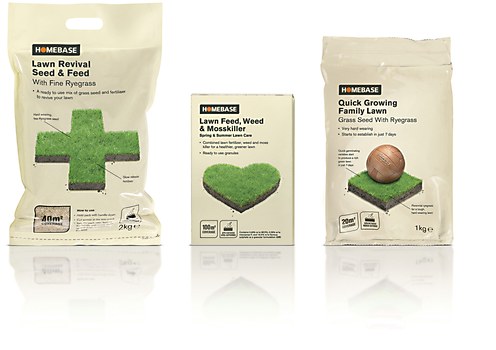 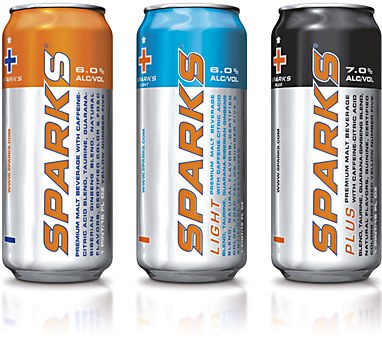 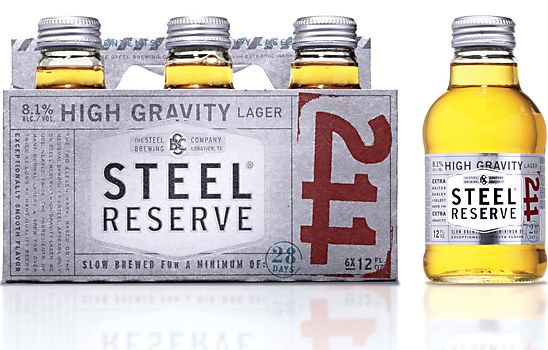 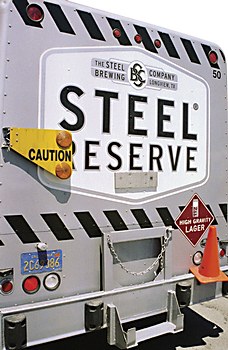 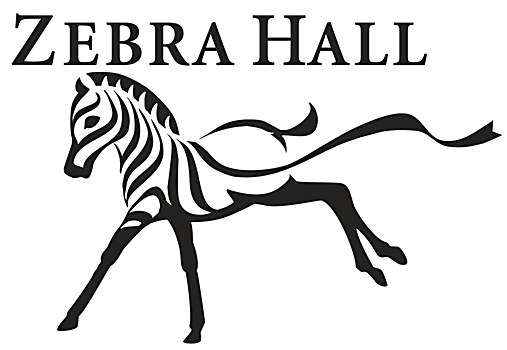 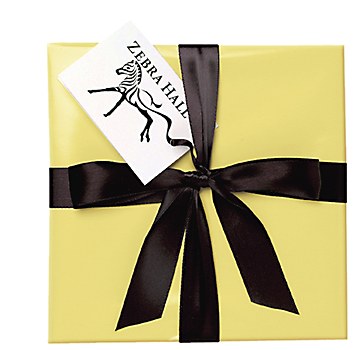 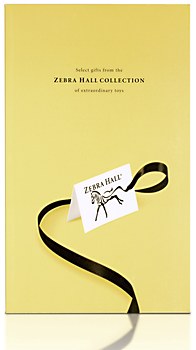 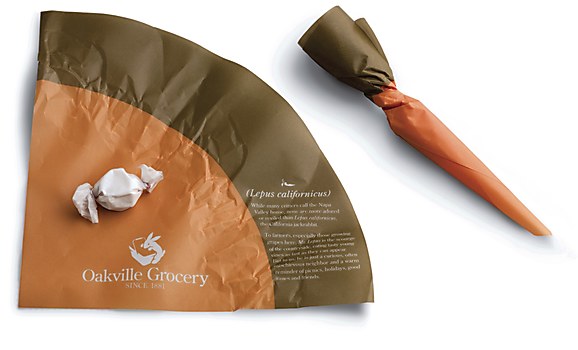 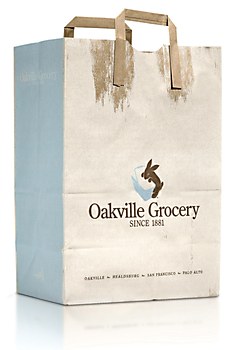 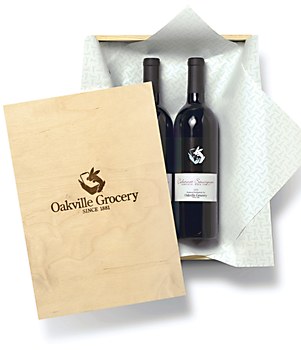 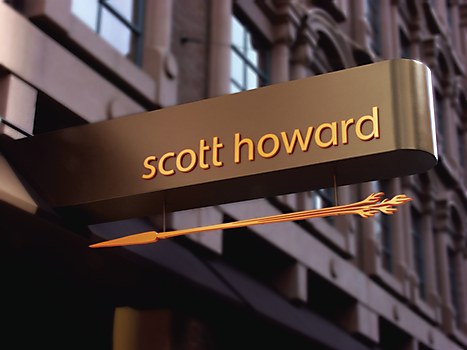 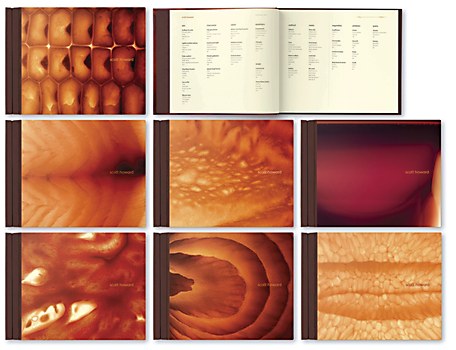 That means getting the creative brief right. One of the genius moves that Turner Duckworth has executed over the years is that they now write their own creative briefs.

“We begin by getting the creative brief down to a simple, but contradictory equation,” Duckworth says. “It’s what the Surrealists have been up to since the 1920s. You bring two things together that shouldn’t be together.

“We put sketches that express one idea on one page, and another idea on the other page. Then we compare them, and with a little bit of luck, we see an unexpected connection.”

That is the secret of Turner Duckworth’s success. “Having ideas gives you longevity,” Duckworth says. “If the idea is based on truth, it will always be relevant. Get the idea right, and a logo can last forever.”

“Of course, once we define what we mean by having an idea, we’ll discover, as soon as the next project comes in, that it won’t fit our definition at all,” Turner says with a laugh.

IF YOU CAN'T EXPLAIN YOUR IDEA, YOU DON'T HAVE ONE
From their office in Chiswick, an upmarket neighborhood in West London known as the “leafy suburb,” where nothing much seems to have happened since The Battle of Turnham Green in 1642, Turner Duckworth, under the direction of Duckworth, employs eighteen people. In San Francisco, the office lead by Turner, keeps seventeen designers and art directors working on identity, branding, packaging and logo design.

In 1988, Turner and Duckworth left their previous employer, the design firm Minale Tattersfield run by Marcello Minale. Their mentor gave them one piece of advice. “Whatever you do,” Minale said, “when you open your own business, don’t use your own name.” Turner opened Turner Studio; Duckworth went on to Lewis Moberly. In 1992 they ignored Minale’s words of wisdom and launched Turner Duckworth.

“We came up with a real mouthful,” Turner admits. To compensate, “we had to design a memorable symbol, and brought together an exclamation mark and an eye.”
One of the great things about this business is that you always learn something. One day, you’re working on the Search for Extraterrestrial Intelligence (SETI) and learning about the search for life on other planets. The next day you’re selling toilet paper.” —David Turner

Working at the service of each new product, Turner Duckworth employs an approach to design that’s defined by three elements: clarity, simplicity and emotion.

“First and foremost, our work has to create emotion on the part of the consumer,” Turner explains. “We want them to say, ‘I want that!’ when they are standing in a store.”

Duckworth acknowledges that simplicity is the buzzword of the moment, but believes, “If you can strip everything unnecessary away, you are sure to communicate the most important thing.”

Clarity is all about creating a hierarchy of visual design, typography and a use of color that is rigorous and focused. As Turner says, “The details stuff.” Underpinning this approach, and informing every project they take on, is an unquenchable passion for design. “Practically, that means never letting something go out of the studio that’s not perfect,” Turner says. “It is anathema.”

ENGLISH PERSPECTIVE, AMERICAN PRACTICALITY
Today the London office has expanded from a table in a corner to the entire 2,500-square-foot first floor in a 100-year-old factory that once made wallpaper for William Morris. In San Francisco, Turner Duckworth employees are in a North Beach neighborhood known for its antique stores, old-brick warehouses and a cluster of ad agencies and design firms. Designers from both offices shuttle back and forth for months at a time in an informal “design exchange” that keeps the cultures entwined.

Having offices in two countries almost strangled Turner Duckworth in its cradle. After just one summer working together in London, Turner took off, chasing his girlfriend around the world. She settled in San Francisco. Turner followed (she’s now his wife) and with no clients opened a San Francisco office.

Turner Duckworth had to justify the move with new business. “I knew one person in all of America,” Duckworth remembers. “So we called Minott Wessinger, an entrepreneur in San Francisco who specializes in bottled drinks, and he’s still our client.”

The bi-country work was “torture” in the beginning, according to Turner. He remembers working on London projects from San Francisco, spending night after night listening to the modem squeal at 2 a.m. only to have the thing crash half way through transmission.
Having ideas gives you longevity. If the idea is based on truth, it will always be relevant. Get the idea right, and a logo can last forever.” —Bruce Duckworth


Out of this struggle, a discipline was born. “We learned you had to either describe your idea in words, or design something so simple you could sketch it on the back of a napkin. If you can’t describe your idea or sketch it in ballpoint, you don’t have an idea,” Turner says.

Working in two countries lets each office serve as the other’s conscience, according to Duckworth. It inspires better work. “We are our toughest critics. There is a fastidious attention to detail. We still want to impress each other.”

Turner Duckworth formalized the process in a program it calls “distant crit.” Basically, it’s the old art school presentation. Turner explains: “You stay up all night, prepare your work, pin it to the wall and hold your breath.” Today, it is done long distance via PDF. Depending on where the project originates, each office will prepare work. Sometimes an entire studio will participate, sometimes a single designer will share work.

“It’s a Socratic approach,” says Turner. “Everyone discusses everything—up to a point. Eventually you need to lay down the law. So either Bruce or I will cut through everything and say, ‘That’s the good one.’”

One of the things that Turner likes about the approach is that, “We just show the work. We don’t discuss the issues that can compromise design like the client’s internal politics or budget and timing constraints. It’s pure design. We’re looking for the strongest expression of an idea.”

ADVENTURES IN DESIGN
Turner Duckworth doesn’t have a house style. It does have a rocket ship. Two of them. The red and white, eighteen-inch models sit on tables in San Francisco and Chiswick and serve as physical reminders why the two got into the business in the first place.

“We want to have adventures in design,” Duckworth explains. “We bring boyish enthusiasm to what we do. When we take on a project we ask ourselves, ‘Will it take us somewhere interesting?’”

“One of the great things about this business is that you always learn something,” Turner says. “One day, you’re working on the Search for Extraterrestrial Intelligence (SETI) and learning about the search for life on other planets. The next day you’re selling toilet paper.” 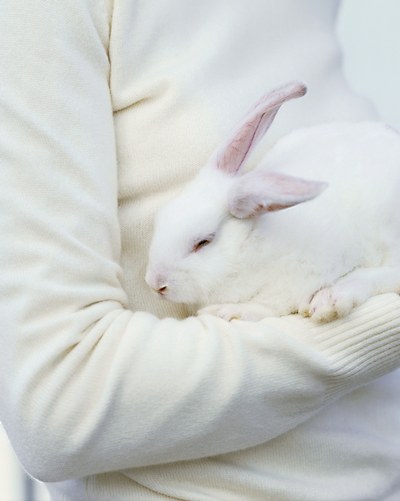 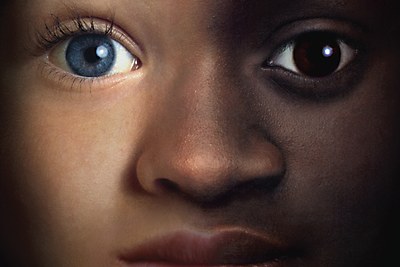 Features / Design
15th Colorado Poster Exhibition
A selection of posters from the only biennial of its kind in the U.S. 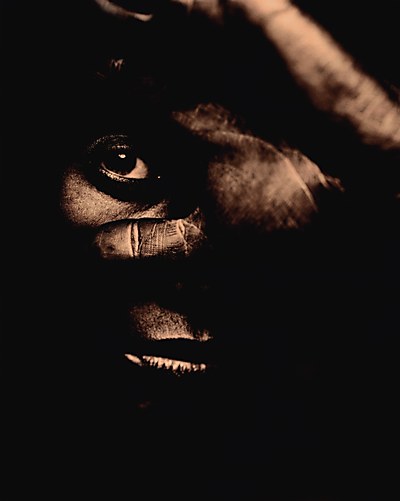