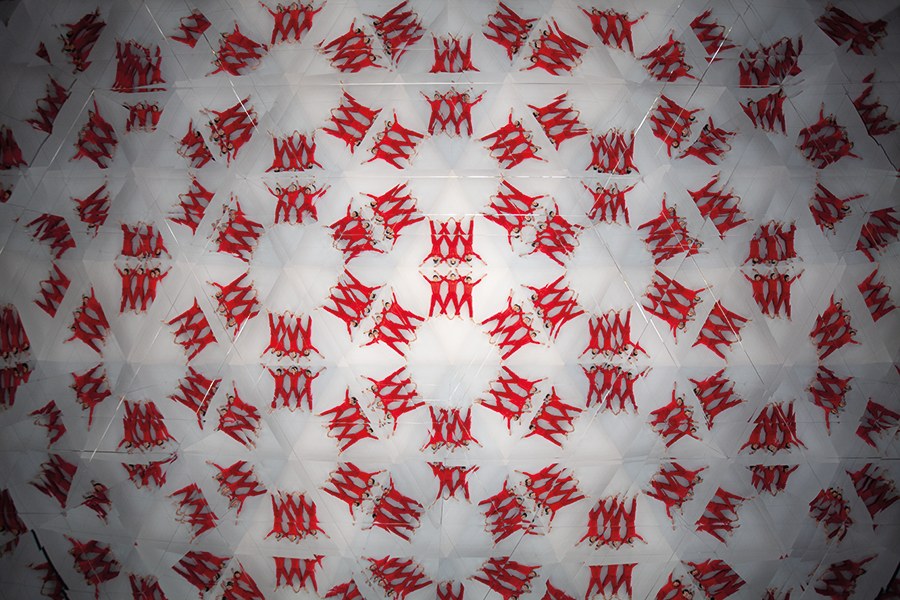 The marketing team at Heineken didn’t quite know what to do back in 2015. It needed to heighten consumer awareness and love for Desperados, its tequila-flavored brew, but there was no clear direction. Then, in walked a team from the ad agency We Are Pi.

After some deep conversations, everything clarified into an outlandish series of happenings. Among them was a zero-gravity party aboard a parabolic space-training plane, where guests floated weightlessly, high above Las Vegas, while an Amsterdam DJ spun out some bass-heavy tracks. Then there was Deep House, the underwater dance floor in the world’s deepest swimming pool, located outside Venice. And another event, SkyFest, involved DJs performing above the mountains of Spain in a fleet of hot-air balloons, in sync with a light show, as thousands of people watched from below. Masterminded by chief executive officer Alex Bennett-Grant, executive creative director Rick Chant and a merry band of staffers at We Are Pi, the events helped Desperados shed its beach beer persona and become an icon of party culture.

“They saw to the core of the brand really quickly, which was incredibly impressive, because we were a little bit lost,” says Jules Macken, marketing director at Heineken Germany GmbH. “Where a lot of agencies look to the new, new, new, and let’s change, change, change, they looked back, to find the essence and what was interesting and different in the brand when it was first created 24 years ago.”

Its work for Desperados is but one example of how We Are Pi has sought to separate itself from the agency pack ever since it launched ten years ago. Chant and Bennett-Grant, along with fellow Wieden+Kennedy Amsterdam staffers Jamie Kim and Barney Hobson, set up the shop with the goal of creating an alternative to traditional agencies, with radical thinking at its core. “For me, it was like an itch you’ve got to scratch,” says Chant, adding that it was the perfect combination of timing and people involved. He says they decided to name the agency Pi because the mathematical ratio speaks to reinvention and the idea of never repeating. It was a total coincidence that the agency was founded on Pi Day in March 2011, according to Bennett-Grant.

The location of We Are Pi, in Amsterdam, positions it as an internationally focused enterprise, because that is very much the city’s nature. “It’s a magnet for magic, a magnet for creativity,” says Chant about Amsterdam. “I find it so much more open and enthusiastic here, compared to my time in London. I don’t know if that’s because everyone rides to work on rickety old bicycles, even in the pouring rain.”

The city also seems tailor-made for Bennett-Grant. “Coming from a Jamaican dad and a Greek mother,” he says, “working in the international scene suits me really well.” Bennett-Grant was raised in Brighton and called London home during college and the early years of his career, finding his footing within the advertising and media communities. He hit his stride when he landed a position as a global account director at Wieden+Kennedy in Amsterdam. While interviewing for the gig, he recalls, “I couldn’t believe there was such a thing as living abroad. I couldn’t grasp it.” Many years later, Bennett-Grant heads an agency with 35 staff members and an annual revenue of about $11.8 million, with clients ranging from Nikon to Desigual to Lego. Pi also widened its business to include a production studio in 2017. Among Pi Studios’ work is a Webby-winning four-part documentary series called Migrant Sound, on the influence of Caribbean immigration on UK music culture. 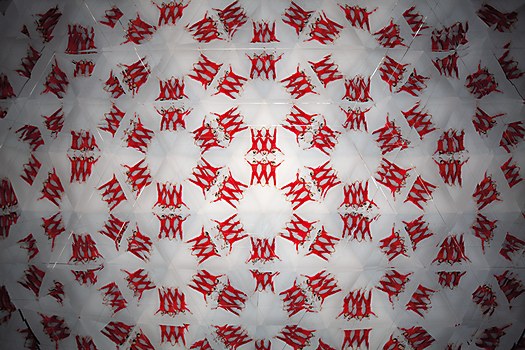 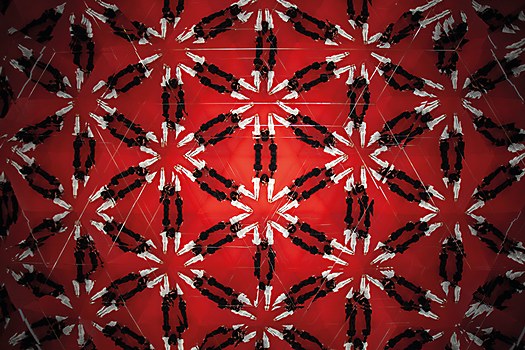 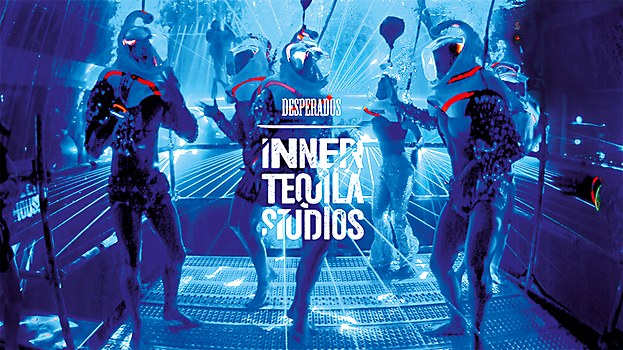 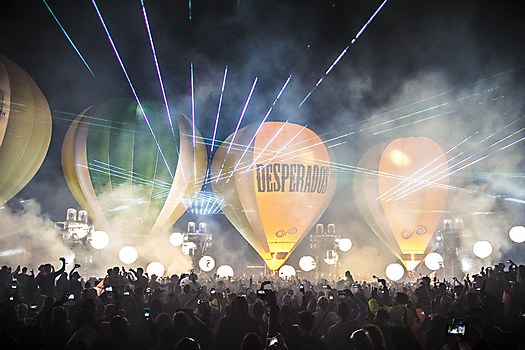 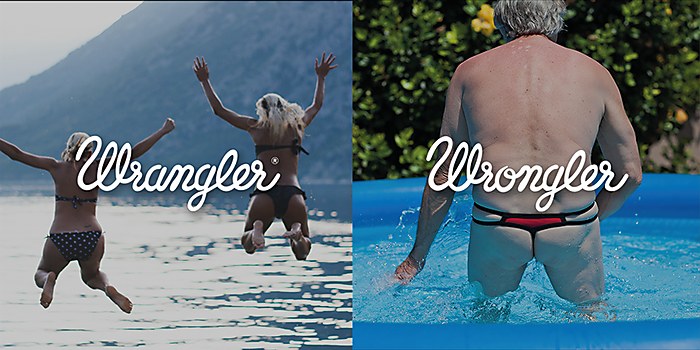 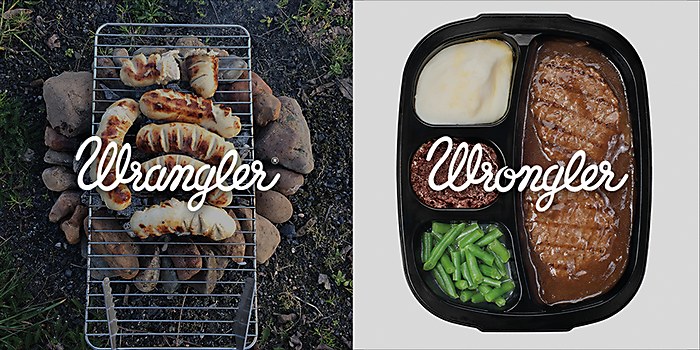 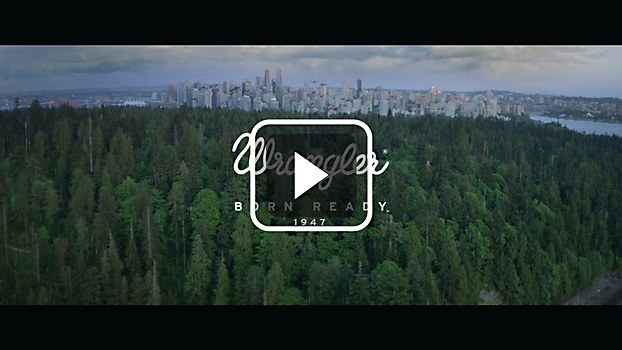 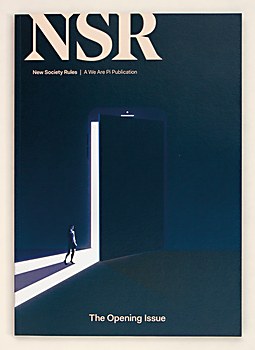 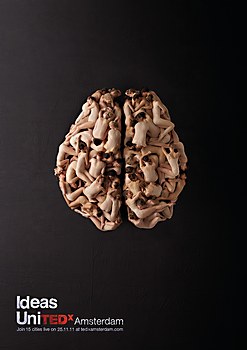 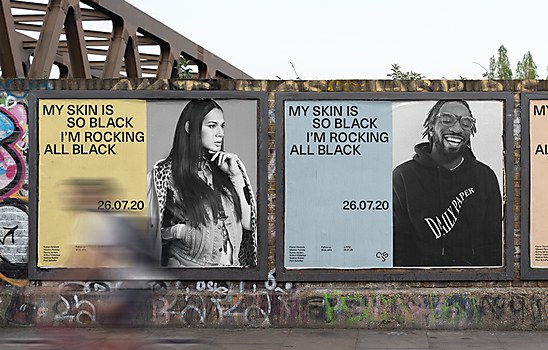 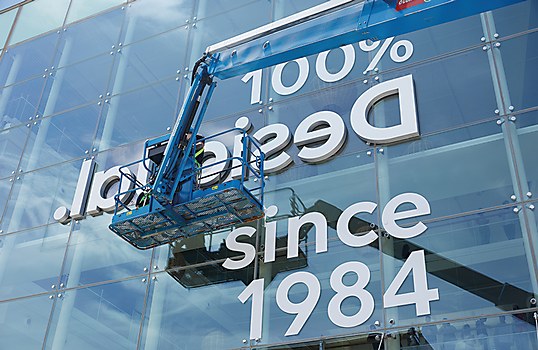 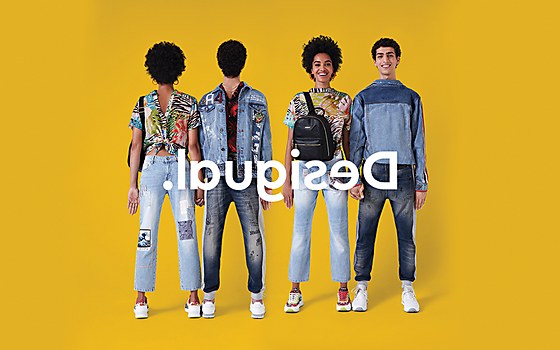 Despite its bubbling cauldron of creative success, the agency had a “real awakening” in recent months about how it needs to move forward, according to Bennett-Grant. There were times when Pi’s leaders questioned whether it should focus more on production, or more exclusively on events. “But [2020] proved to us that the reason we’re doing well, despite the pandemic, is because we’re all about big ideas,” Bennett-Grant says.

Coincidentally, We Are Pi released the results of a qualitative study it had commissioned in a report called New Society Rules in May 2020, aiming to help its clients understand the new waves of cultural change—not least of which are the social justice groups at the forefront, like Black Lives Matter. Another New Society Rules came out in November 2020, which is about how the dominance of White culture is being challenged, and where we go from here.

“I’ve been dealing with the impact of racism within advertising my whole career, and I’ve tackled it on the occasions when I had the energy and the words,” Bennett-Grant says. He says it’s been deeply meaningful to “personally put a stake in the ground around diversity and inclusion.”

Needless to say, We Are Pi isn’t for the faint of heart. “We’re at the further reaches of, ‘How far are you prepared to go to build a brand that will thrive in changing times?’” says Bennett-Grant. “We’re quite clear with the brands we work with that it’s not just about being creative for creativity’s sake or pushing boundaries [just] because that’s exciting. It’s about, ‘You must go way beyond your comfort zone if you want to achieve real success, growth and fame.’”

We’re at the further reaches of, ‘How far are you prepared to go to build a brand that will thrive in changing times?’”
—Alex Bennett-Grant

At Heineken, Macken knows what that kind of thinking can stir up. On one hand, she talks about Pi’s “madcap excitement to do new things.” On the other, she notes that “much like family, you can fight with them and adore them.” But despite the bickering and squabbling, “they are a partner in the truest sense,” she says.

An early client of Pi’s, Adam Kakembo, describes the agency this way: “What struck me about Pi was the level of maturity, even though they were young in their years.” Kakembo was a vice president at Wrangler when he worked with Pi. “What I like about them is their really robust strategic thinking, coupled with great creative execution,” he adds.

Among the Wrangler campaigns developed by Pi was Wrangler vs Wrongler, a tongue-in-cheek take on what’s cool, and what’s not. One ad shows free-spirited women diving into fresh water, versus a man standing in an inflatable pool in a swim thong. Another shows a noble wolf, versus a wolf rug. The ads ran across social media and out of home in Europe. Another client perspective comes from Christopher Carroll, who hired Pi a few years back when he was head of marketing for Under Armour, focused on Europe, the Middle East and Africa (EMEA). “Alex is committed to generating solutions that sweat with a purpose for his clients. What I mean by that is solutions that are not only provocative but brand appropriate,” says Carroll.

At the time that Pi won the Under Armour account, the brand was undeveloped beyond US shores. If it was known by consumers at all, it was perceived as an American brand that was loud and proud, says Carroll. He wanted it to be thought of as authentic, with appeal to professional athletes and “people trying to get the athlete out of themselves.”

To turn the perception of the brand around, Pi developed an Under Armour campaign tied to the Rugby World Cup when it took place in London in 2015. Its pièce de résistance involved a barge floating down the River Thames that displayed a gigantic mural spread across eight shipping containers. The mural featured rugby players from all over the world in their national uniforms, and as the barge floated along, people on board ripped it away, revealing another image showing the athletes in Under Armour compression gear. A video version of the same central theme ran in retail outlets and on social media. “The campaign was centered on the idea that regardless of your national team shirt and passion, underneath it all was Under Armour,” Carroll explains. As a result of the Rugby World Cup campaign, Under Armour’s brand awareness rose 15 percent, and its product sales were up 11 percent in the EMEA.

We Are Pi feeds on the deeply ideas-driven thinking of some clients to build on its creative mojo. For an example of this, look no further than its work for TEDx, the grassroots offshoot of the parent TED organization, with chapters in communities around the globe.

To celebrate the upcoming TEDxAmsterdam event in 2011, Pi arranged for the Dutch National Ballet to create choreography in which the dancers folded their bodies together in the shape of a human brain, playing off the idea that people come to TED events to fill their minds. The Dutch actor Rutger Hauer, of Blade Runner fame, provided the vocals. At the time, the Dutch government had cut funds for the cultural sector, so giving the National Ballet the work was deeply meaningful. The video “even made it into the Saatchi Gallery,” Bennett-Grant says. “It really achieved the goal of becoming a cultural icon.”

That was followed by another TEDx project, commemorating the group’s first international summit, which took place in Qatar and brought together members of TEDx communities in well over 100 countries. “We needed something that would represent the epic nature of the moment. Alex and his team came up with a really beautiful idea, which was creating a human kaleidoscope,” says Lara Stein, the founder and former director of TEDx. Working with Parisian choreographers, Pi created a video featuring dancers who used their bodies to form traditional arabesque patterns, which have been used for a thousand years. “It represented the whole world coming together,” Stein explains.

Relationships with organizations like TEDx, as well as the business incubator and innovation consultancy Singularity University, another client of Pi’s, help the agency make sure it is working in fertile ground as it moves into its new decade. “They open our minds up to new possibilities and perspectives,” says Chant. “We try to marinate ourselves in those sorts of worlds.”

Janet Stilson (janetstilson.com) leads a double life. She’s both a journalist who writes about media and advertising, and a sci-fi and fantasy writer. For this issue, she uncovered how Amsterdam-based ad agency We Are Pi brings big ideas to life. 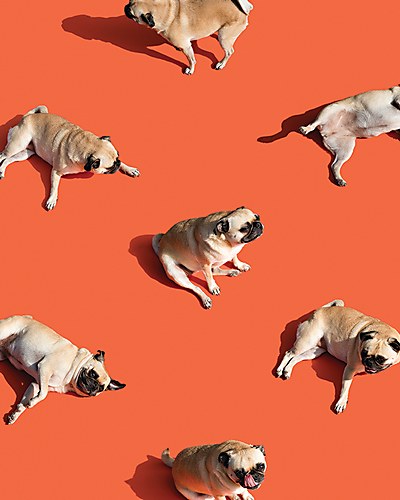 Features / Photography
Jonpaul Douglass
This Los Angeles photographer makes room for the unexpected in the ordinary. 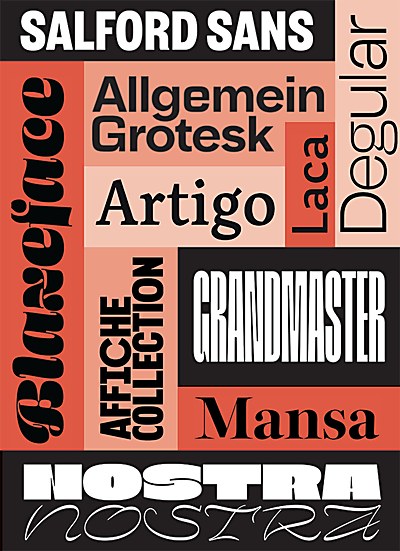 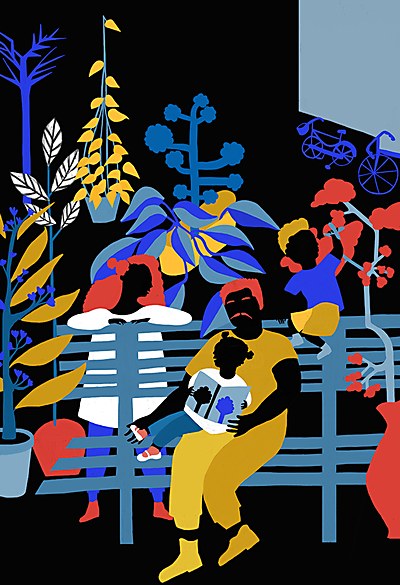