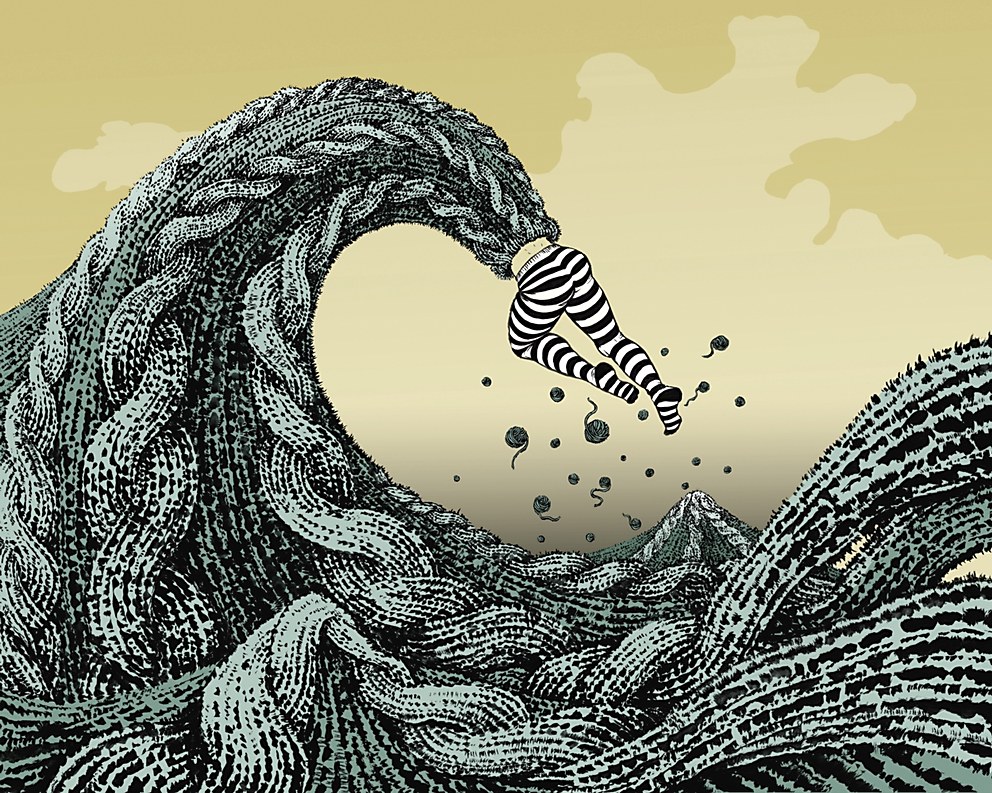 The provocative style of this New York artist is making waves in illustration. 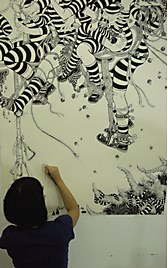 “I’ve been drawing ever since I can remember. Even before I was able to write, I would draw,” begins New York illustrator Yuko Shimizu. While her start sounds typical, her journey toward illustration was not. It spanned countries, cultures, traditions and years, interwoven with opposing forces that surface in her work today.

Shimizu spends most of her time just a few blocks from Times Square, in a studio she shares with fellow illustrators Marcos Chin and Katie Yamasaki. The bulletin board above her desk is home to a mélange of items: a panda hat, a client’s thank you note, British pounds, Polish zlotych, a fan letter from a prisoner—but no hints that this petite, energetic, prolific illustrator had been immersed in the rigid system of Tokyo’s corporate world.


AN ELEVEN-YEAR DETOUR
“I come from a traditional, very ordinary Japanese family. My father was a businessman, my mother a stay-at-home mom,” Shimizu says. “I wasn’t in the environment to go to art school…it’s not something my family would think of.” In 1977, her father’s company moved the family to New York City. Middle school in the U.S.—formative years—made an indelible impression on Shimizu and her older sister.

So much so that when the family returned to Japan in 1981, Tokyo culture paled in comparison to Shimizu’s New York experience. “Japan has a very orderly society. You are expected to do what other people do. You have to belong to the group rather than be yourself,” she admits. “I went back and couldn’t adjust.”

Though far from content, Shimizu moved forward with her life and attended Waseda University in Tokyo, majoring in business. She was drawn to advertising and marketing—creative business—and soon landed in the publicity department of a general trading company. Shimizu did pr for eleven years; she stopped drawing. 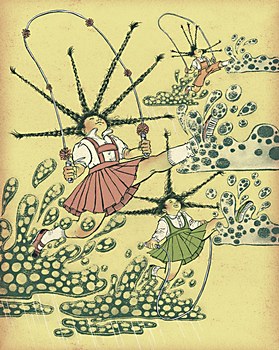 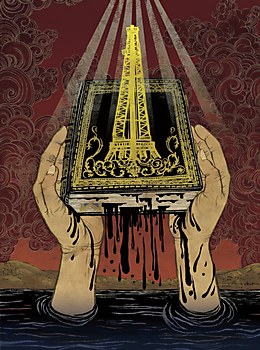 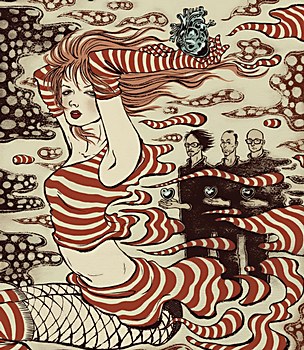 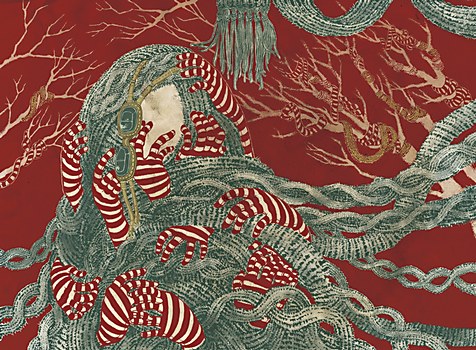 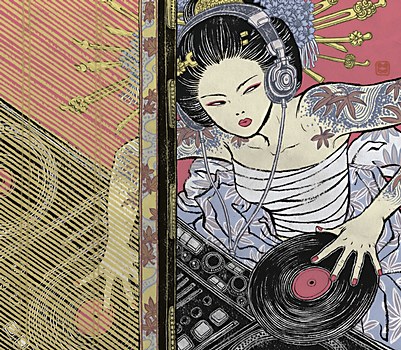 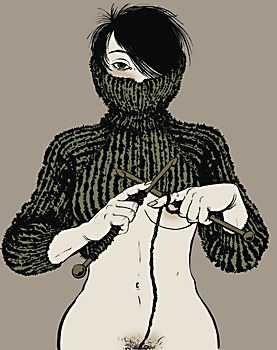 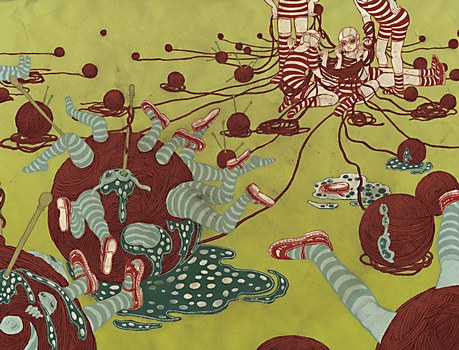 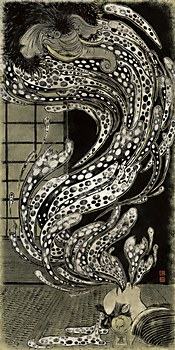 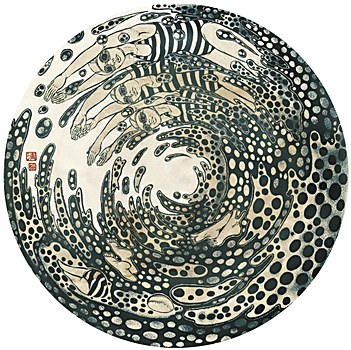 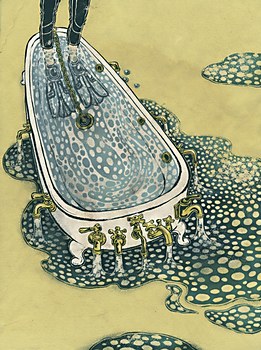 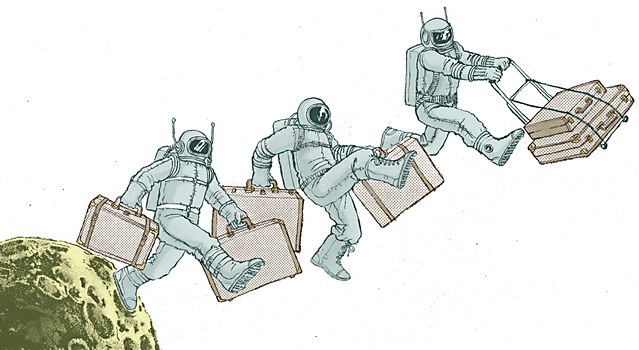 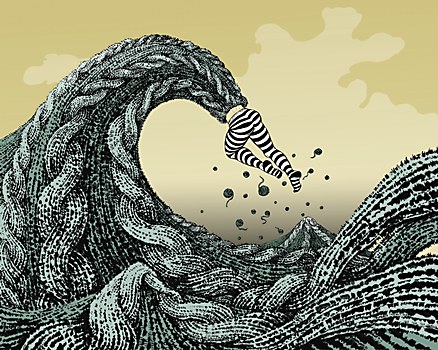 “I worked for a huge company with good benefits. The paychecks were OK and the job was pretty interesting, but there was nowhere for me to go,” Shimizu explains. “I would walk down the hallway and see women who had been working there for 20, 30 years, about to retire. I thought if I stay here, that’s me. They never looked happy; as a woman in Japan, you can’t really go higher than where you started.”

At around 30, Shimizu felt she had to do something else. Her parents urged her to be practical, the stereotypes of poor, struggling artists fueling their advice. So she flirted with the idea of getting an MBA; wise words from Yuki Ikezi, a childhood friend who had immigrated to the States, convinced her to take another look at her life. She remembers her saying, “If you’re committed to being in business for the rest of your life, an MBA would be great, but if not, don’t do it.” Shimizu didn’t—she wanted to draw.

ILLUSTRATIONS VS. MANGA
Like most kids in Japan, Shimizu watched cartoons and read comic books; her drawings reflected what she saw. And while her interest in manga waned as she grew older, its influence continued to surface in her drawing style. This combined with the fact that illustration was not a major in Japanese art schools led people to continually label her art as manga. “I’m not interested in telling stories, I’m not a storyteller,” Shimizu says. “I was always interested in a single-panel image. People said my work wasn’t illustration, but I had never tried it. Why not?”
Intent on attending art school in New York, Shimizu would have to wait two more years to fulfill her dream. As a non-U.S. resident she needed to prove she had enough money for four years of tuition and living expenses—and she didn’t dare ask her parents. “I was never able to tell my parents,” she admits. “I had to do everything myself. I kept working until I had enough money to apply.”

Her sister June, an accountant, had been living in New York for years, so Shimizu told her parents she was going to visit her. She packed her portfolio, kept hidden in a locker at the office, and interviewed at Pratt, Parsons and the School of Visual Arts. Shimizu liked SVA, got in, returned to Japan and quit her job. Not until her one-way ticket was purchased did she finally tell her parents. It wasn’t a total surprise, the international phone calls in the middle of the night tipped them off that something was in the works. That was 1999 and she hasn’t looked back since.
I was drawn to Yuko because of her clear, confident, conceptual work. She owns her artistic style, and she has a deep visual library to draw on." — Rob Wilson


FULL CIRCLE
Shimizu’s childhood in Japan has everything to do with where she is today, though she resisted it when she first entered SVA. “My plan was to start drawing and painting like an American,” she recalls. She learned the foundations of illustration while experimenting with oil painting and other mediums, but along the way her instructors helped her learn the most valuable lesson: to be herself. And so her portfolio today is very close to the work she carried with her back in 1999. “Black ink on water-color paper back then and now. After trying all those mediums, I went back to the beginning,” Shimizu explains.
“I don’t like Japanese manga now, but I did when I was a kid. That’s how I started and it can’t be taken out of my work. When I stopped trying, I started getting work.”

Shimizu has not been back to Japan, and has no plans to return in the future. “I was always considered a black sheep. I didn’t belong to the culture. I did and said things differently,” she says, admitting that she doesn’t even work with Japanese clients. “Illustration in Japan is not about concept, it’s about the need to fill up the space. It’s not something I do and it’s not something I want to do.”

Paradoxically, Japanese culture frequently appears in her work—on a monthly basis. Art directors Matthew Ball and Jonathan Sellers commissioned Shimizu to illustrate covers of Now Hear This!, the promotional CD that accompanies each issue of The Word magazine. Shimizu is given plenty of freedom—within an Asian theme. Bundled with the British magazine, her hip, powerful graphics have made the CDs collectibles. “Her pen and ink style conveys unspoken sensual emotions that challenge the viewer,” says Ball, who first worked with Shimizu at Rolling Stone. “The CD series, where in each issue Yuko’s seductive rock goddess controls a different instrument, has been a hit with readers.”

“I try not to get pigeonholed in one category. I can do Japanese things,” Shimizu asserts, “but I can do Indian, Chinese, etc.” In fact, she’s invigorated when something unexpected comes her way. Standing before her extensive collection of design books, she says, “I’m really good at research.” Rob Wilson, art director at Playboy, agrees. “I was drawn to Yuko because of her clear, confident, conceptual work. She owns her artistic style, and she has a deep visual library to draw on. When we spoke the first time, I realized she was someone I could really explore a manuscript with,” he says. “We could drill down into it and get the goods. She was willing to take the gloves off and really get personally invested in the editorial. Those results almost always carry more power. Visual thinkers like Yuko are valuable.”
I developed an American personality from living here. Americans are very clear; Japan is all about obscurity. I like that it’s black and white, that’s it." —Yuko Shimizu


SooJin Buzelli, creative director at PlanSponsor, welcomes Shimizu’s strong concepts. “Yuko gets to the point of a story—visually—without being literal,” says Buzelli. “Her unique approach to solving a problem captures the mood, the sensibility of a story. I don’t have to pry it out of her. I love how Yuko thinks.”

A SENSE OF COLOR
Just as Shimizu couldn’t ignore manga influences in her work, her organized workspace alludes to her business background. Binders filled with hundreds of sketches neatly line her book-shelf. The sketches represent her body of work, and the start of her creative process. Once approved, the sketch is scanned, blown-up and printed. Using a lightbox, she traces a bit and draws with a Japanese calligraphy brush (which her parents send her) and India ink before again scanning into the computer. She colors in Photoshop, layer upon layer.

A bold color palette adds depth to her edgy editorial and advertising work, yet surprisingly it’s not that important to Shimizu. “If I had a choice, I might not use color,” she admits, acknowledging that black-and-white jobs are rare. Therefore, when it comes to her personal work, both color and computer are absent in what she describes as a very organic process.

“I developed an American personality from living here. Americans are very clear; Japan is all about obscurity. I like that it’s black and white, that’s it,” states Shimizu. “It’s more challenging, because you have to make the composition work without the help of color.”

Despite a delayed debut into commercial illustration, Shimizu has steadily built up a long list of clients. Her organic forms, distorted angles and playful, larger-than-life figures appeal to Microsoft, Target, MTV, Pepsi, Red Bull, Neiman Marcus, as well as Playboy, Time, Rolling Stone, the New York Times, Nylon and Domino. Shimizu doesn’t take her success for granted and teaching second-year illustration at SVA keeps her grounded. “Since I had really good instructors while in school—and I can’t give back to them because they are well-established—the only thing I can do is give back to the younger generation.”

These days, with life in Tokyo a distant memory, Shimizu states with absolute certainty, “I don’t want to find a style that I will be doing for the rest of my life, which almost becomes corporate in meaning, as if my future’s set. I hated that—that’s why I quit. It’s exciting; I’m not sure what I’ll be doing five years from now.” ca 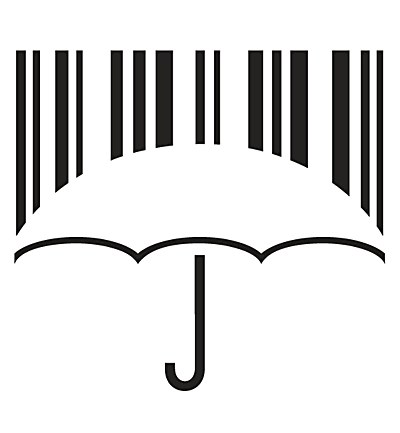 Features / Design
Eulda
The European Union Logo Design Annual garners worldwide attention for one of the key ingredients for identifying products and services: the logo. 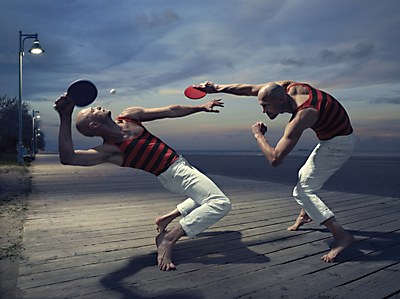