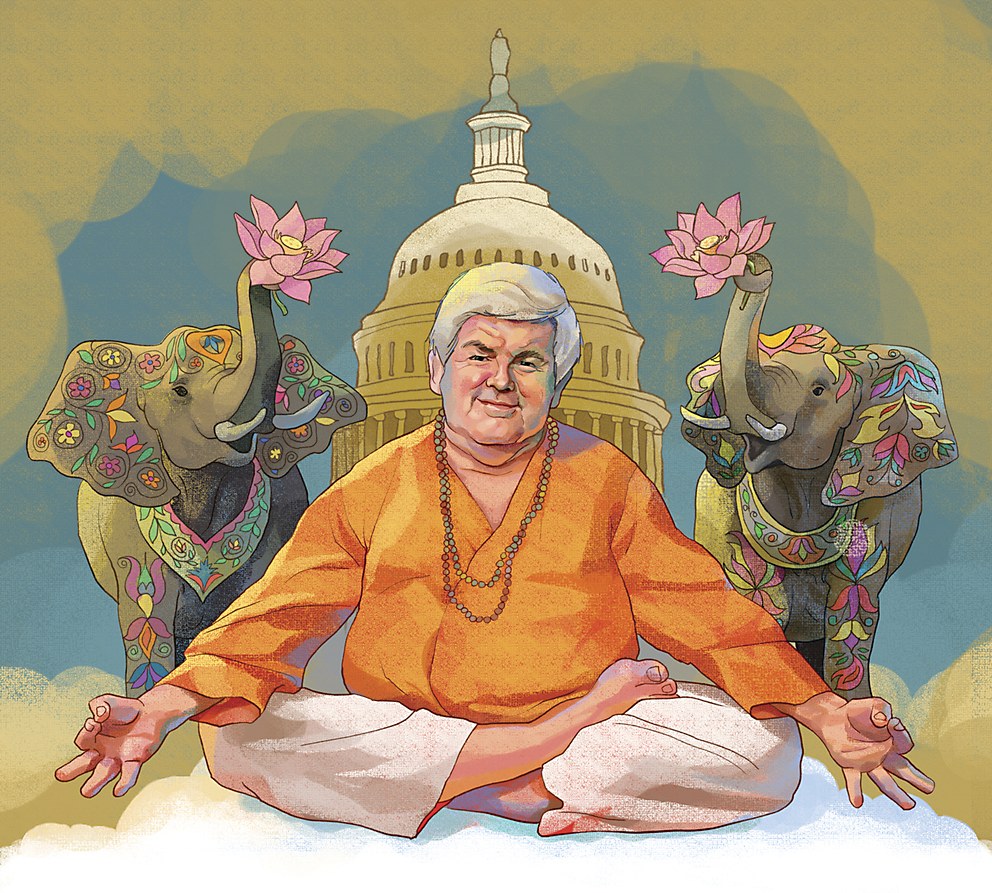 A New York illustrator brings her vivid imagination to life. 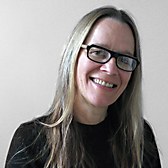 “I am very interested in passion.” Meeting illustrator Zina Saunders, one immediately understands that these words are her credo. With her long hair, red jeans and sparkling gaze, Saunders radiates intelligent energy and friendliness, and that same spirit inhabits her richly colored, painterly illustrations. Strong emotion drives her, whether she’s doing editorial illustration for the Wall Street Journal or Discover, lambasting Rick Perry in a cartoon for Mother Jones or creating a loving homage to a fellow city dweller for one of her many reportorial portraits of ordinary, yet extraordinary, people. This is one illustrator who can truly be said to bring an idea to life—and to bring real, vivid life to her work.

A born-and-bred New Yorker, Saunders, 58, still lives in Manhattan on a quiet, tree-lined street off busy Third Avenue. Her apartment, which doubles as her studio, is bright, scrupulously clean and free of clutter. Remarkably, no art hangs on the walls. “There’s so much going on in my head, I want to rest my eyes when I look around,” Saunders explains. Instead of a visual collection commonly displayed by many illustrators, her all-white walls carry a clue to her sense of humor: Over her kitchen and drawing tables, she has affixed whitewashed picture frames; at the center of each is a tiny, printed label that reads, fine art.” 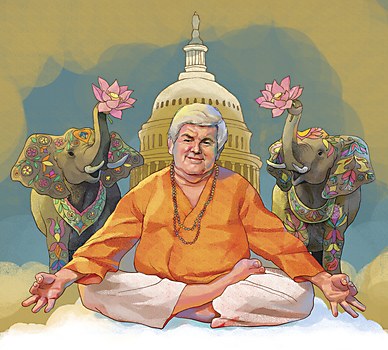 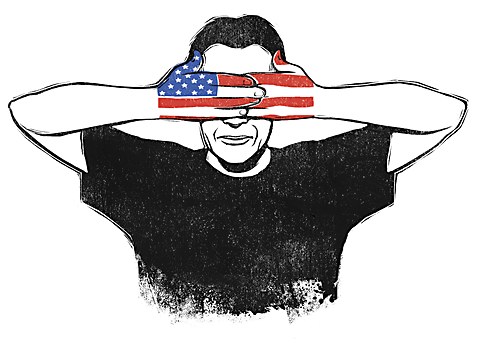 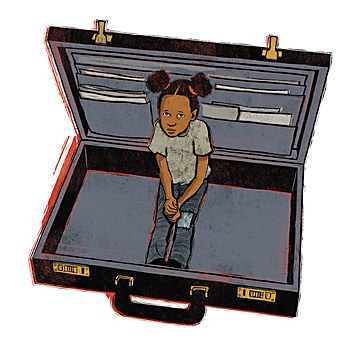 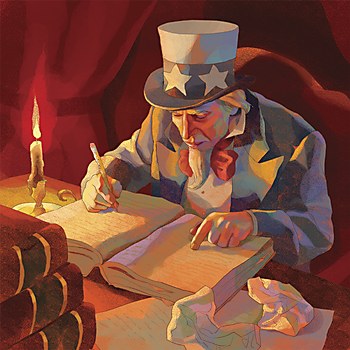 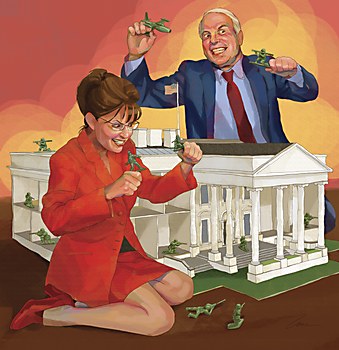 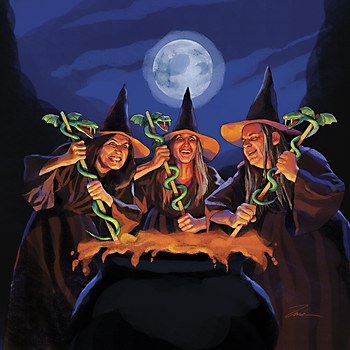 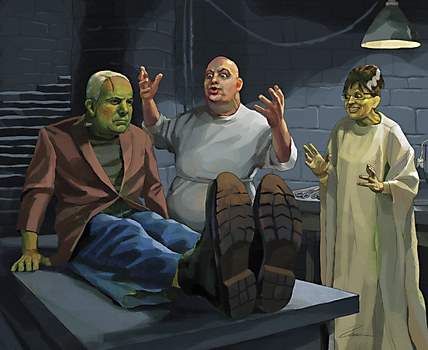 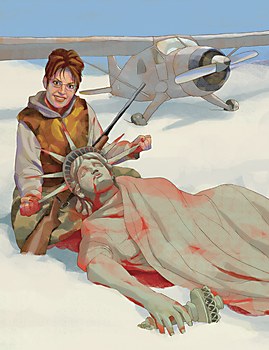 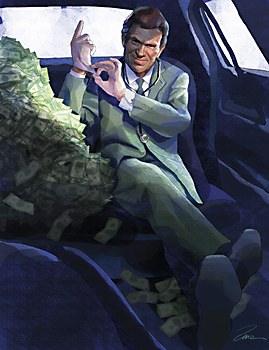 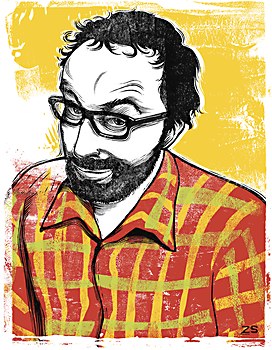 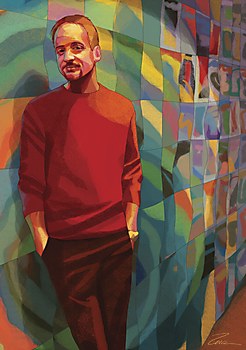 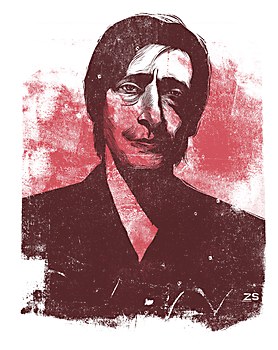 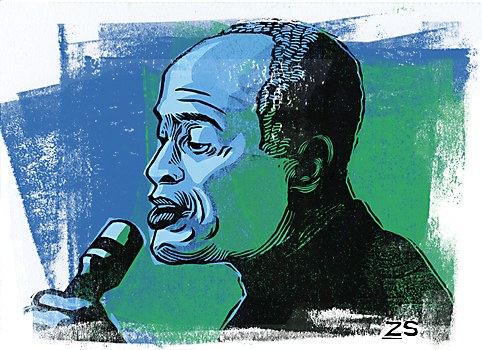 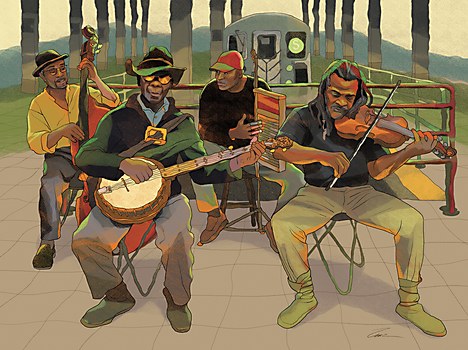 This visual wink represents Saunders’s enthusiasm for her life as an illustrator as much as it pokes fun at gallery morés. “To me, doing art has always been illustration,” she says. “I’ve never imagined myself to be a fine artist.” One reason she cites for this clear self-image: Her father, Norman Saunders, was himself a commercial illustrator. As a child, when she and her parents lived in an Upper West Side brownstone that she describes as “kind of like The Addams Family,” she spent many hours in her father’s studio, drawing “horses and girls” while he created the artwork for Topps bubblegum cards. The young Saunders also made some surreptitious adjustments to her father’s work, adding extra eyelashes to the girls he painted. “My father was a tough guy in a lot of ways—it’s amazing that he didn’t give me hell for that,” says Saunders. Instead, he taught her how to be a careful observer and imparted his own fondness for learning about other people. “He would talk to anyone on the street. [He had] curiosity about the people around him, about regular people.” Saunders’s mother, an executive editor for special interest magazines published by Woman’s Day, also gave her confidence that she could become what she wanted. “I never felt like I shouldn’t grow up to be an artist,” she says.

However, growing up to be an artist turned out to be a different process for Saunders than might be expected. While she did attend what was then the High School for Music & Art, she admits that she didn’t take it very seriously. And she went to Cooper Union for only a month or so before dropping out to run away with a “guy with a motorcycle and a beard.” For a while, she played the levitating lady in a circus troupe (and no, she will not tell you how levitation works—it’s a trade secret). Understandably, undergoing formal art training felt somewhat beside the point for someone who had spent her early life in a functioning studio. “I considered myself an artist already,” she says. Instead, as Saunders puts it, she spent her young adult years “perfecting my partying skills until they were honed to a razor-like edge.”
I’ve developed this intense interest in talking to people and bringing their stories to the world.”


It was only in the early 1990s that she decided to try her hand at illustration, and began to pick up assignments and assemble a portfolio. She had heard that Steven Heller, then the art director of the New York Times Book Review, would critique illustrators' portfolios. “I didn’t even know what a critique was,” remembers Saunders, nor did she have much work that she wanted to show. Her then-boyfriend, now her husband, suggested she illustrate the previous week’s Review. So she wouldn’t be distracted by that week’s illustrations, he cut each one out of the issue, leaving only the articles and the spaces (at the correct size) where the images had been. Saunders’s approach worked. Heller saw her reimagined Review, and offered her two assignments for that week.


Reaction to these pieces was swift and significant. Saunders received thousands of responses, some supportive, others accusing her of being “sick”—and she also got work. Within a week, the San Francisco Chronicle bought an image of Palin as a snotty prom queen dissing Joe Lieberman at the dance, and The Nation bought another showing Palin and John McCain playing with toy soldiers and a miniature White House. Soon, Mother Jones came calling with an assignment to do a visual send-up of Republican senator Rick Santorum. On seeing Saunders’s sketches, the magazine proposed a slideshow of those images to be featured on its website. Thinking that a slideshow was one step away from animation, Saunders leaped into new territory again, first making simple GIFs of two sketches, and then using After Effects and Illustrator for an ongoing series of cartoons for the Mother Jones site.

Saunders quickly realized that she would need to change her stylistic approach for the animations to “read” well. Her animations are, as she puts it, in the “cartoon category,” and while she started out by using some texture in the images, she had to steer towards a flatter look so the images wouldn't lose quality as small files. But she is enjoying the change of pace. “I used to love MAD magazine, I loved the irreverence of it,” she says. Her cartoons, whether they star a satanic factory farmer or a smarmy Rick Perry, show Saunders thoroughly enjoying herself. In fact, if you listen carefully, you can hear that enjoyment, as she also voices and scores each piece.

As she points out, one of the best things about this new undertaking is that it represents an incredible platform for sharing her views with the world: “I have this unbelievable freedom to reach a large audience and say what I want to say.” The message that Saunders wants to convey to her growing audience, most often, is one about the value of the human experience. This philosophy drives her overtly political work, as she mocks those who undercut the values she holds dear. It also underlies various self-initiated projects that she has generated over the last few years. In 2003, she began interviewing and painting portraits of the Puerto Rican men in her Upper West Side home neighborhood who retrofit their bicycles into moving works of art. She went on to create portraits and profiles of other city dwellers with compelling hobbies or careers—rooftop pigeon keepers, bike messengers and the dancing roller skaters who congregate in Central Park, among many others. “I’ve developed this intense interest in talking to people and bringing their stories to the world,” she explains.

Collecting the stories for Overlooked New York (the interviews and portraits have been published as a book) begat even more new connections for Saunders. Her contact with the bike messenger community led her to a messenger named Faith living in Zimbabwe. Saunders went on to learn about Faith’s fraught experience in that country, documented her life in another illustrated profile, and became close friends with her even though the two have only communicated online. Saunders’s working life, too, became richer; through her growing collection of online projects, she began communicating with other illustrators and, for the first time, saw herself as part of an artistic community: “I found out that I’m not alone,” she says. “It was a wonderful feeling of brotherhood and unity.” Saunders now gets feedback on her work from a few illustrators who have become good friends, though her primary source of input is still her husband. “He’s the person I turn to when I want to see if something looks good,” she says.

Saunders will have plenty of fodder for these conversations about her work in the coming months. In addition to her regular assignments—including more animations for Mother Jones and a portrait series of scientists for Discover—there is that little matter of the 2012 election on the horizon. Asked if she plans to make another series of satiric images this time around, she says, “How could I not?” As we approach November, then, Saunders will still be doing what she does beautifully: Making art, and passionately, enthusiastically engaging with the world. ca 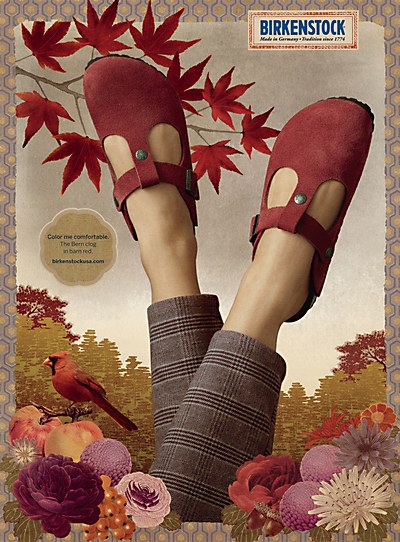 Features / Advertising
Duncan/Channon
Every great agency has an essence. When it comes to San Francisco agency Duncan/Channon, its essence can be summed up in a single word: guanxi. 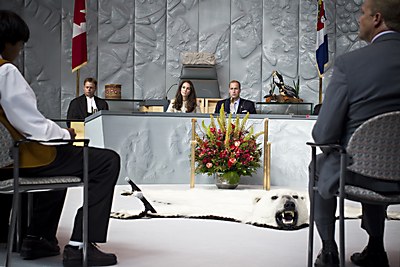 Features / Photography
Christopher Wahl
From annual reports to royals on tour, this Canadian photographer gets the money shot. 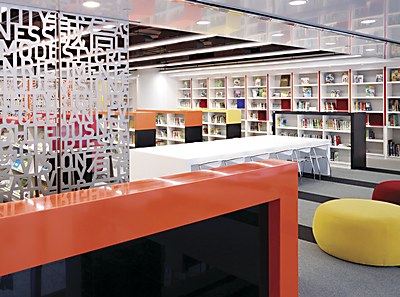