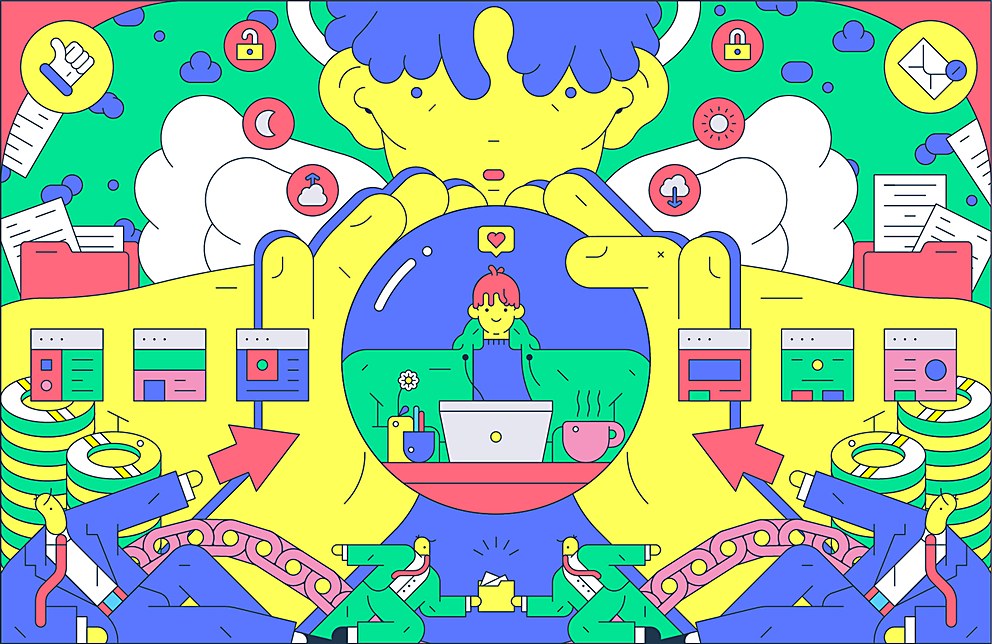 This Brooklyn-based illustrator depicts familiar themes in a palette of fluorescent colors.

Duration: I’ve been working as an illustrator/animator for about three and a half years.

Location: I currently live in Ridgewood, New York with my two best friends, and I work out of my studio space in Williamsburg, New York.

Education: I went to Pratt Institute in Brooklyn, New York, for communications design with an emphasis in illustration and graduated in 2016.

Career path: I spent a lot of my childhood making art. My dad is a great artist, and I used to draw and paint with him a lot. The first thing I ever wanted to be was an illustrator, and by the end of high school, I knew that making art was the thing that I was good at. I also needed to get my gay ass the hell out of Orange County, California. I come from a family full of working-class immigrants, so to my parents, a job as an artist was a bit farfetched. It took a lot of convincing, but they trusted me enough to cosign my loans.

Going to Pratt was the best decision I ever made. I had great professors who not only showed me how to use art to communicate an idea, but also gave me professional opportunities. My first job in illustration was being an assistant for my immensely talented professor Jing Wei, who I ended up working for throughout college and then at Etsy once I graduated. I will forever be grateful to her for being the best mentor, friend and boss anyone could ask for. Working part-time for her helped me to get on my feet as an illustrator in my own right. It was also a combination of getting my work in front of the right people and having a good online presence. After I got my first couple jobs from people I met at portfolio reviews, slowly but surely, more people started contacting me.

Cultural influences: I have a complex relationship with my culture. I’m half Filipino and half Mexican, and I grew up in Orange County, California. The thing about Orange County is that there are plenty of people of color who live there that you never see on TV, but the culture is very white. I am so grateful to my parents and grandparents and great-grandparents for having the courage to uproot themselves and their families so that I could be here today, but coming to America often comes with a pressure to assimilate. My family has put in a lot of effort to make sure that no one questions our Americanness, both because that’s what we needed to do to be accepted and also because the “American dream” is a very powerful idea.

The only problem is that I didn’t grow up very close to either Filipino or Mexican culture. Understanding where I stand in those cultures is difficult, and it’s something I think about every day. I’m constantly questioning what each image I make says about my place in the world. I often feel like that cultural connection was stolen from me, and it’s futile to try and reclaim something I never had. Now the only thing I can do is try to make something from scratch.

On top of all that, I grew up in the capital of conservatism in California, and things just got confusing. Despite the very cutesy, glossy sheen on my work, that’s what much of it is about—being overwhelmed, anxious and confused.

Find yourself in the work.”

Favorite project: A poster for the Futurehood & Friends show at the Red Bull Music Festival in Chicago. The show consists of a ton of queer people of color—it’s always great when I get to make work that supports the community. The piece is a shrine to the (fictional) patron saint of queer art.

Work environment: My work environment is a little weird since I don’t interact with other illustrators too often. I work out of a coworking space where I don’t really know my neighbors, and most of my friends work in other creative fields. It’s great that I get to see things from other perspectives, but it can be a little isolating. Also, I work completely digitally, so my workspace is pretty unremarkable—just a lot of computer equipment, and some comics and books hanging around for procrastination.

Approach: It’s pretty hard to distinguish your work as a vector artist. To the average person, vector work looks exactly the same. As much as I want to say the average person is just dumb, they kind of have a point. My perspective distinguishes my work. The world of professional illustrators tends to be a bit homogenous, and I like to bring a little more flair to things.

Aspirations: I want to create more 3-D rendered work. I want to get back into typography and construct more book covers. I want to learn how to sew and make clothes, and I have been saying that I’m going to start a comic since the day I graduated. If I’ve done any of these things in five to ten years, I’ll be happy.

Philosophy: Find yourself in the work. Attaching your identity to your work is a dangerous game, but you’ll never make anything great if you don’t make it feel like an extension of yourself. Don’t waste your time trying to make “marketable” work. Just create a world people want to be a part of, and clients will come. 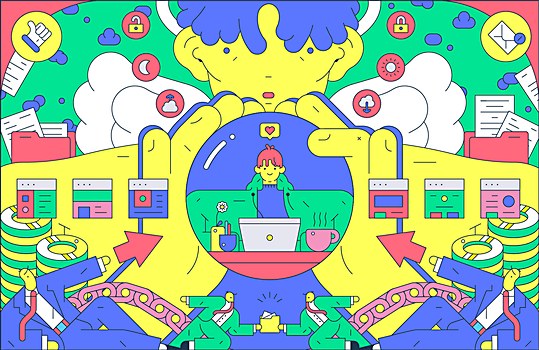 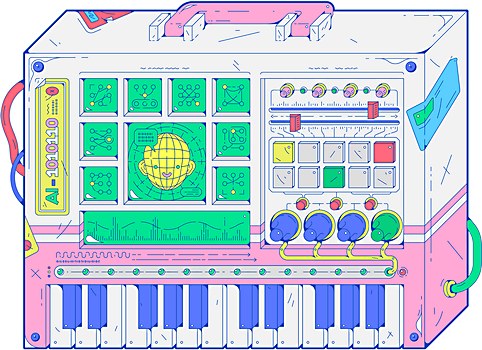 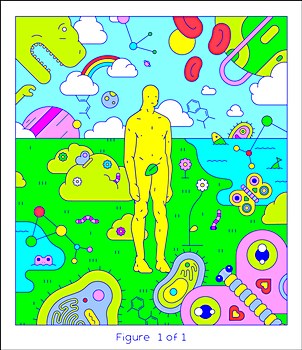 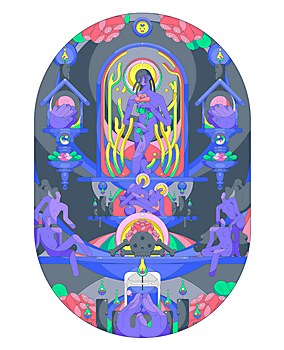 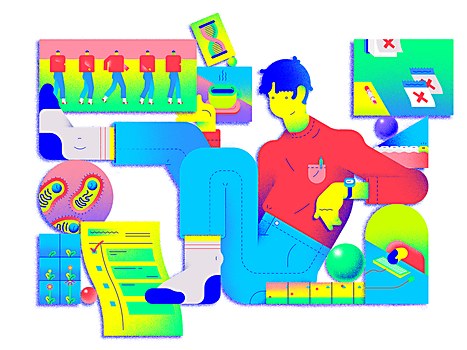 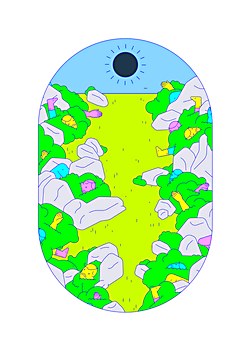 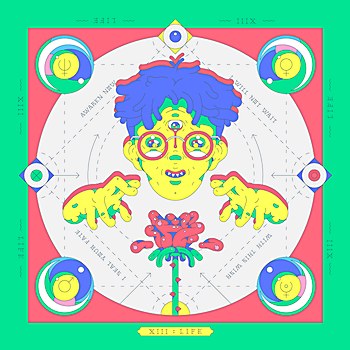 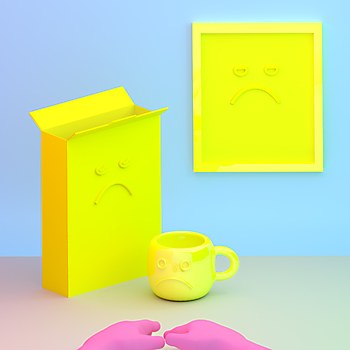 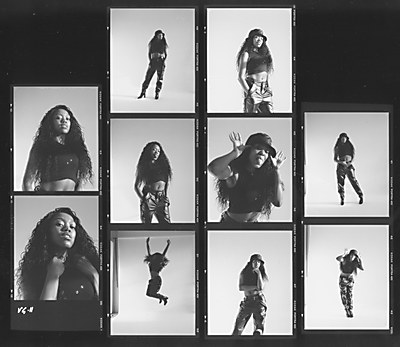 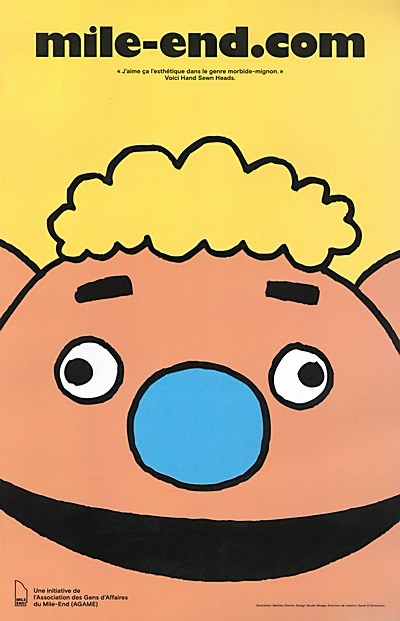 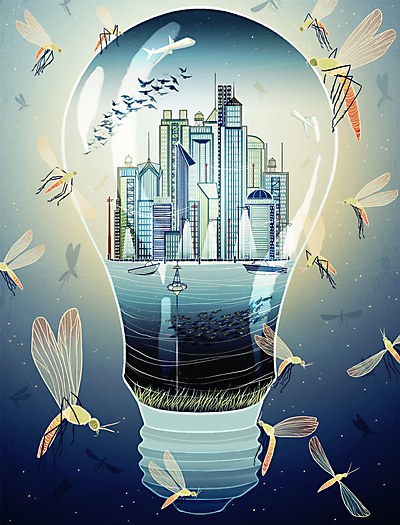