Bolstered by her roots in graphic design, this Brooklyn-based illustrator pares down editorial stories into strong compositions.

Duration: One and a half years as an illustrator.

Education: I studied electrical engineering at Jadavpur University in Calcutta, India. Subsequently, I worked as an information technology (IT) analyst and programmer for more than a decade before attending the School of Visual Arts (SVA) in New York City to get my BFA in graphic design.

Career path: I took a slightly circuitous route to where I am now. After graduating from SVA, I worked for five years as a graphic designer. I freelanced for studios and magazines, including Dwell and Martha Stewart Living. While art directing for magazines, I would often commission illustrators and was occasionally asked to create simple vector-based illustrations and icons when the deadline or budget was limited. Having changed my profession midcareer, I wanted a certain degree of independence from working in an office, and I felt that illustration would afford this more than graphic design. I would never have had the courage to study illustration when I was working in IT, but I am glad I studied design instead. I listened to many hours of interviews with illustrators—through podcasts like Your Dreams My Nightmares and Creative Pep Talk—and scoured the internet for articles before I finally started freelancing in the fall of 2016.

Artistic influences: As much as I appreciate my Indian roots, my visual influences are decidedly Western. I am extremely interested in midcentury modernism and designers like Dick Bruna, Mario Degrada, Olle Eksell, George Giusti, Fredun Shapur and Ikko Tanaka, among others. Heinz Edelmann, Milton Glaser, Push Pin Studios and Polish poster art, as well as artists like Stuart Davis, David Hockney and Henri Matisse, have also had an important influence on me. I am very interested in the history of design itself, and try to read about it as much as possible. I am also influenced by architecture, product design and especially fashion.

What is the rush? Be patient.”

Favorite projects: I recently had the honor of illustrating a Google Doodle for Holi, a spring festival in India. Because I was asked to approach the characters in the illustration with an abstract style, I was afforded the opportunity to experiment stylistically. I am very proud to have created an illustration about a festival I have many happy memories of celebrating as a child growing up in Calcutta. It was also a good way to demonstrate what I do for a living to my mother, who, like many of my relatives, has a very limited understanding of creative professions like design and illustration. Another benefit of this project was reconnecting with childhood friends in India I had not been in touch with for a long time; several of them reached out to me after the doodle was published. It was a great experience overall.

Work environment: Most days, I work out of my home in Bushwick, Brooklyn. I also share a studio space in Red Hook, Brooklyn, with my husband, who is a photographer. One of the things I despise about working independently is that it is extremely isolating. I look forward to working out of my husband’s studio when he has a photoshoot since I can meet new people, like stylists and art directors.

Approach: When I first started drawing, I was all about the details. I wanted to draw in a way that was different from how I design, which is simply and minimally. But over the last year, I have come full circle, and I approach illustration like how I approach graphic design. My focus is often on the composition; while I draw a lot of things, I end up cropping existing compositions to find a stronger one inside them, almost like how editorial designers crop an existing picture in a layout to find the most interesting point of view.

While my work is bold and colorful, I don’t consider it to be “trendy.” I want to convey simplicity, but I also want an element of oomph and for the images to be iconic rather than super realistic. I like work that is classic and simple, and I hope to continually evolve in style and substance.

Aspirations: Instead of thinking too far into the future, I want to let things develop intuitively and naturally. I did not grow up drawing; in fact, I took one watercolor class as a kid that I promptly stopped going to once I realized I was not the best artist in the class. After many years as an engineer, I ended up in a creative profession by following my passion and taking one step at a time. Being comfortable with creating work that looks puerile and not letting perfectionism bog me down have enabled me to gradually make this career change.

That said, my admiration for midcentury designers, like Alexander Girard, is born out of the fact that they designed a wide variety of things, from images to logos to textiles to furniture. Similarily, I would like to create patterns and products in the future. Also, as a graphic designer, I would like to solve visual problems by using a variety of methods, like collage and photo illustration. I want to incorporate more styles and methods into my professional practice.

Philosophy: What is the rush? Be patient. 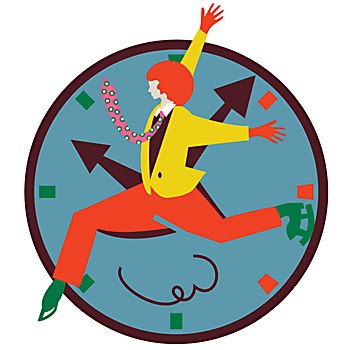 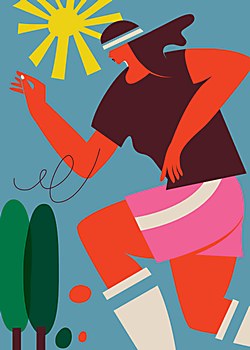 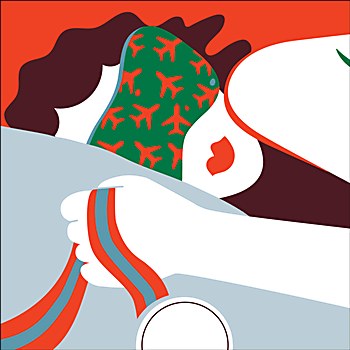 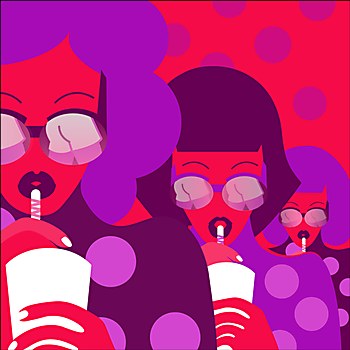 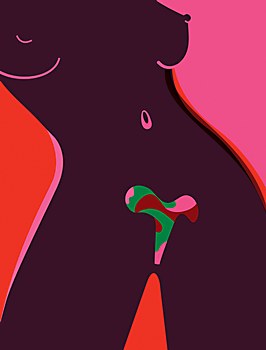 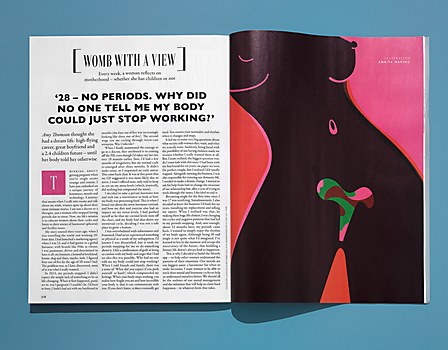 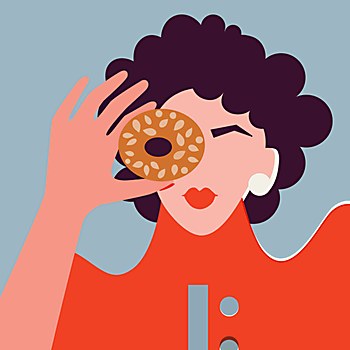 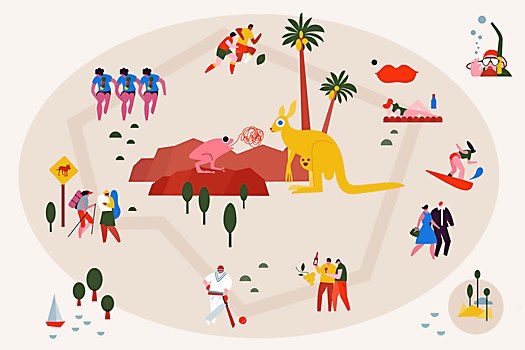 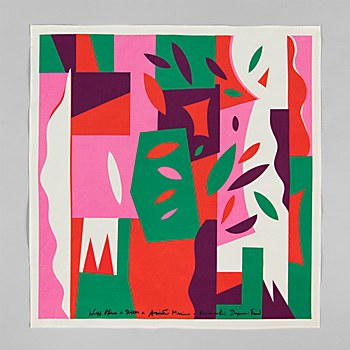 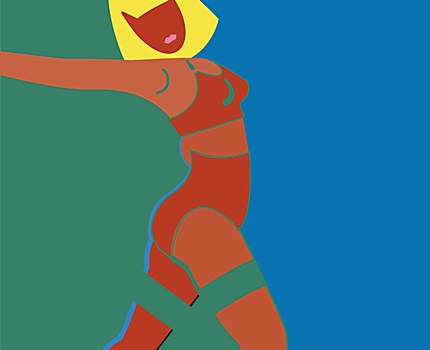 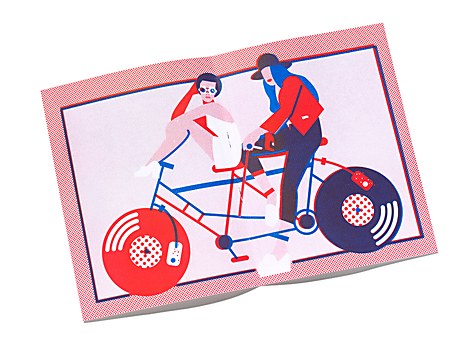 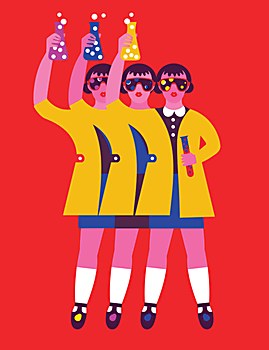 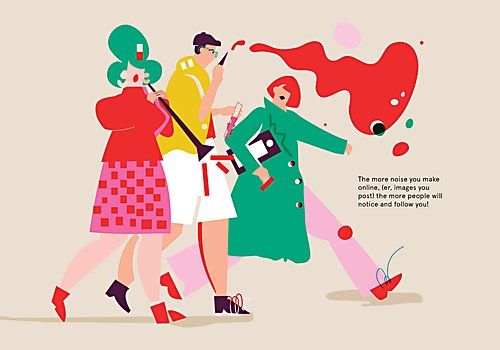 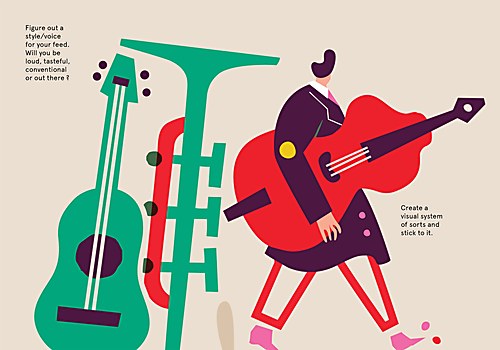 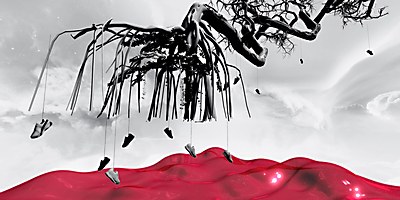 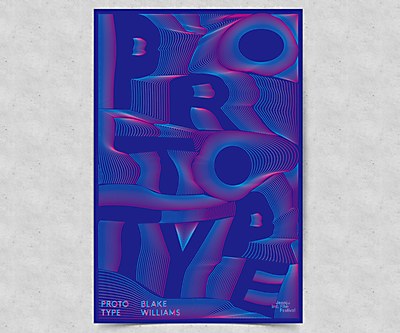 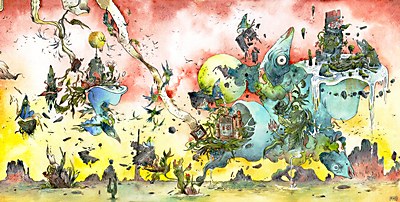