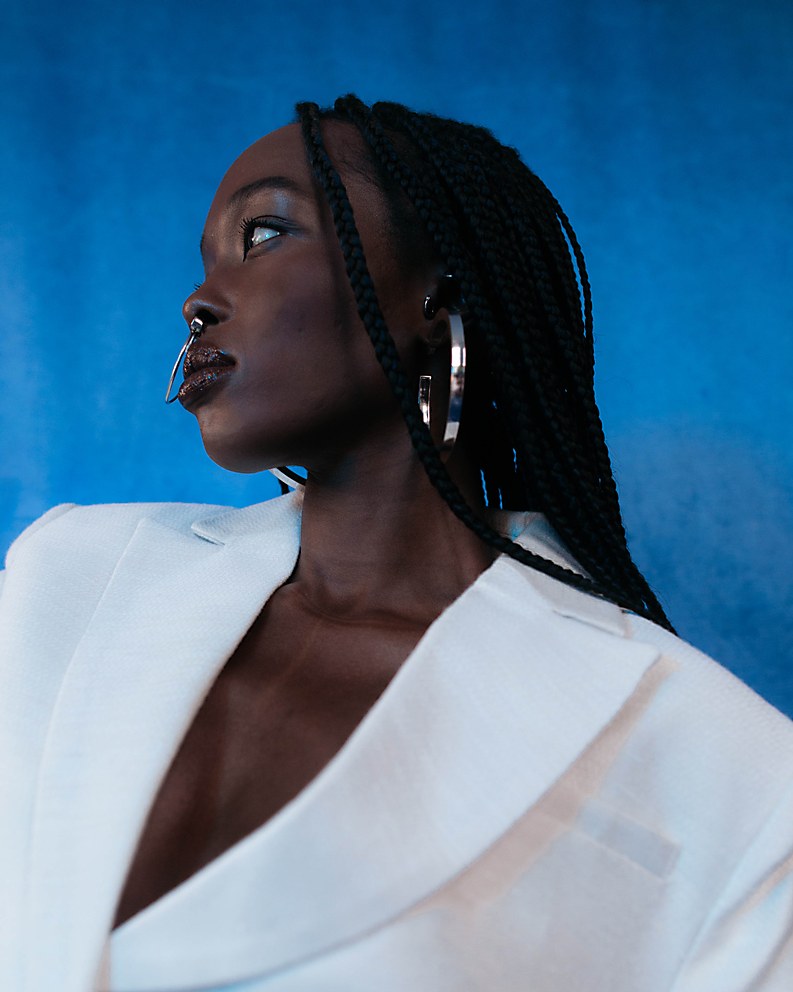 This New York-based photographer uses surrealism to break societal boundaries in their work.

Career path: I have always been fascinated with making images. I began drawing and coloring with crayons as a toddler, as that was the only accessible tool I had then. When I discovered cameras as a teenager, making images just changed for me and my focus became more directed towards that instrument. I took images to document what was in my environment. It was never weird to observe the sky or a flower for long periods of time when I had a camera; no one ever questioned it. Then I would have snapshots of these things that I could preserve in my archive forever.

As creativity was second nature to me, I wanted to study art but didn’t know the specific majors that were available. I found out about graphic design when I saw a friend doodling a logo into her sketchbook; I asked her what that was about, and she simply said, “Graphic design.” So I decided to pursue that major for four years. While at SVA, my single-lens reflex camera broke, so I continued going out every day in the midst of schoolwork to do street photography with my iPhone 4S. I graduated and worked in agencies for a bit before I finally decided to stop sitting in an office designing coupons and picked up my camera seriously. Now we’re here!

By focusing on the internal details of my being and striving to be honest with myself, I realize that’s when the world relates to my piece the most.”

Artistic influences: Growing up in Jakarta, Indonesia, my childhood was incredibly inspiring to me. I watched a lot of TV, read manga and watched anime, so I tend to be influenced by artists in a wide variety of media like animation, filmmaking, illustration and painting. Only looking at photography and photography alone makes this boy dull.

I also explore history and mythology from all over the world, because mythical creatures and folktales are very exciting to me, especially the story of the Chinese deity Nüwa. During a time of catastrophe and great disaster when the sky was broken with a giant hole in it, Nüwa smelted magic stones and mended the azure sky. Then she cut four pillars made from the legs of a great turtle to hold the heavens up. Like, how is that not crazy inspiring?

Favorite projects: The Future of Beauty story I photographed for Vogue. It features futuristic, unconventional beauty looks ideated by the fascinating makeup artist Raisa Flowers. I just felt like everyone on the team was aligned creatively and we made magic together. I like the idea that our perception of beauty in the future can morph into a realm where nothing is nonlinear or one-dimensional.

Approach: I create fantastical worlds where I can jump freely into the rabbit hole, and as I tumble and roll, I find myself in a place that I’ve visited before in dreams. I’m extremely inspired by dreams, because there are no limitations in dreams. Not even time exists there. I also love portraying people of color, including people of the Asian diaspora, in a sci-fi aesthetic. I find reality mundane, and oftentimes, the limitations placed upon us by the media and society keep us in a glass house. Art is inherently paradoxical as it is for me as much as it is for you. I realize that the world relates to my piece the most when I focus on the internal details of my being and strive to be honest with myself.

I love projects that not only play with traditional ideas but also reimagine them in different contexts, so they present a mix between the past and the future. I also don’t limit myself in terms of equipment. You will see me photographing with a small $20 Canon PowerShot camera from 2005, my grandfather’s medium-format twin-lens reflex camera from the 1960s or my Canon EOS 6D. These different cameras bring all different kinds of views to the scene.

Aspirations: I’m in the process of working on my first ever photo book that I’m planning on releasing at the end of summer 2021. It shows my never-before-seen film work from the last five years. It’s going to be a cult classic!

I’d also like to work with million dollar budgets in the next few years—like billboards and world campaigns. It would be fun to work with big food companies (hit me up!) and more brands from Asia, because I would love to fly out there. I also want to explore toy design and spatial/interactive experiences, as well as make a feature-length film that would be exhibited all over the globe! I’m currently still ideating a solo show that will be touring different countries in museums and galleries. I want it to be perfectly timed for when the world opens back up.

Philosophy: Let your imagination fly free. Focus on the process as an artist, because that is when I am tapped into the highest consciousness and when I’m the happiest. Also, be able to go with the flow while still maintaining your vision.

Anything else? You bring something special to the table, so never lower your worth, especially when clients approach you. They know you can add value to their project. I had to learn this the hard way, but I advocate for educating yourself on the business side of photography—or any creative work. Learn how to diversify your rate on usages and retouching, especially if you are also handling production, casting and scouting. 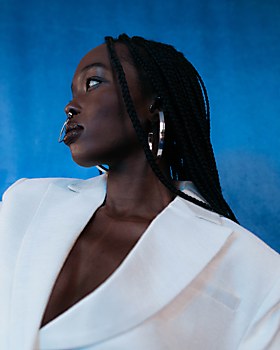 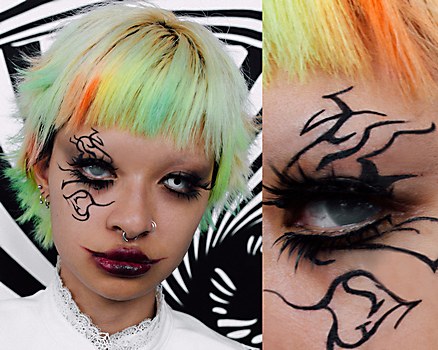 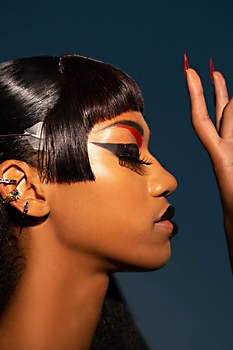 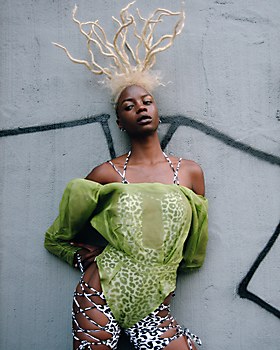 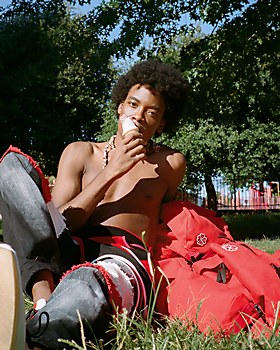 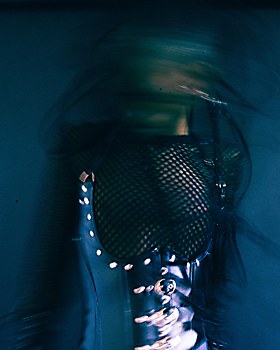 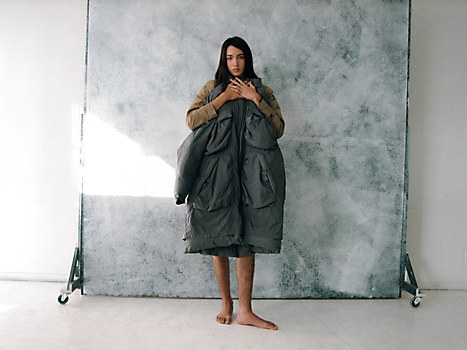 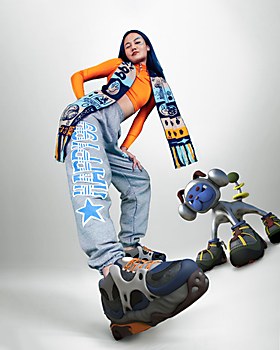 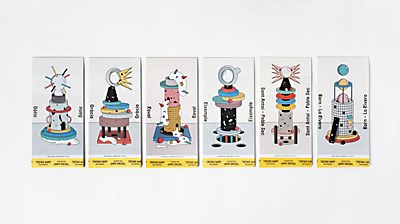 Fresh / Illustration
Mariano Pascual
Playfully imbuing his subjects with irony, this Barcelona-based illustrator and designer invites viewers and brands into his world. 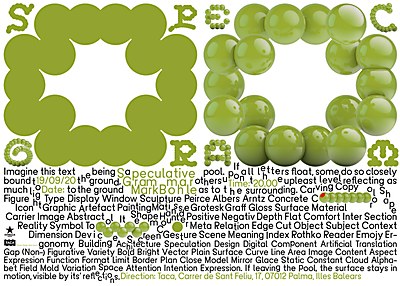 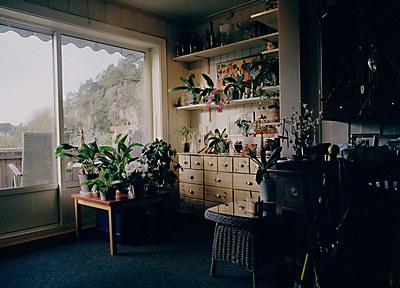