Education: BS in environmental education from Humboldt State University, with a minor in art.

Projects: I mainly work as a graphic designer in-house for the Sierra Club, an environmental nonprofit that was founded by John Muir in 1892 to protect public lands such as Yosemite National Park. Since then, the Sierra Club has expanded its purview to advocate for a clean energy economy as well as environmental justice. I create all graphics for organizers and campaigns, including protest placards, websites, reports, infographics, logos, social media shares, print ads or maps.

Career path: I think I was pretty environmentally minded as a kid, getting really angry when I learned tigers were endangered. I had just gotten over the fact dinosaurs no longer exist, and then I thought: Tigers are on their way out, too? In college, I studied environmental education on the path to becoming a teacher. Part of our studies included designing interpretive signs that described, for example, the life cycle of a redwood tree at a national park. On one project, I remember starting at noon and working all the way through the night without any sense of time or even hunger. That was probably the first time I’d felt what they call flow.

I try to enter each project with the mindset that this could be the greatest thing I’ve created so far—it rarely is, but the mindset can open you up to the possibility.

Cultural influences: Growing up, I was really into punk rock and skateboarding. I remember going into skate shops to stare at deck artwork, and I covered my whole room with stickers. Growing up in Los Angeles, living in San Francisco and now in Oakland, I’ve been really inspired by the street art around me. With street art, I love that the artist often says something they feel strongly about. I’m always on the lookout for something that gets an emotional reaction, good or bad. I try to figure out what about it gets me to feel that way.

I’m inspired by the propaganda styles of Shepard Fairey, Emory Douglas and the Russian constructivists. I also love artwork that has a double meaning or gestalt switch like that of Sébastien Thibault and Olly Moss. I've been influenced by Aaron Draplin, especially the way he talks about old, found designs and how they’re often versatile at any size. I admire old letterpress posters that use only one or two colors, so that they’re cost effective to print but still eye-catching.

Projects: Working on the People’s Climate March in 2014 stands out as one of my favorite projects. This was a 400,000 person march through New York City demanding climate action from all the world leaders who were in town. Its motto: “To change everything, we need everyone.” The event’s great diversity of groups and activists still inspires me today. It’s also one of the first times I really explored illustration. After that, I made a point to draw something every day in 2015 to figure out what I enjoyed drawing and get better.

Work environment: I work in-house at the Sierra Club headquarters in downtown San Francisco, and work on freelance or personal projects from my apartment in Oakland. When I used to start new projects, I would go right to the computer, but in the past year, I’ve taken a step back to sketch out brainstorming lists and thumbnails to develop better compositions and concepts. 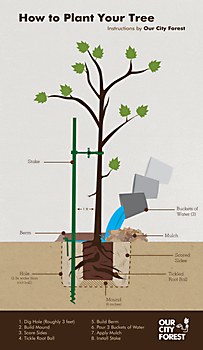 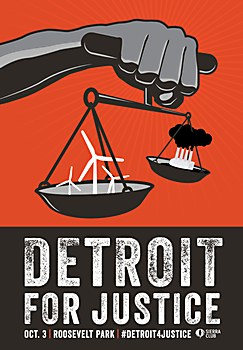 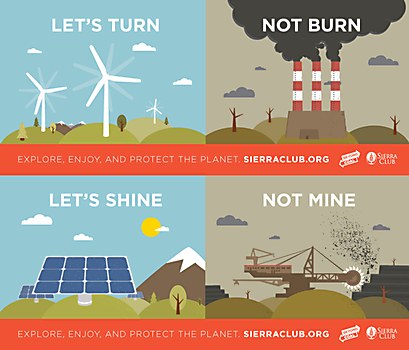 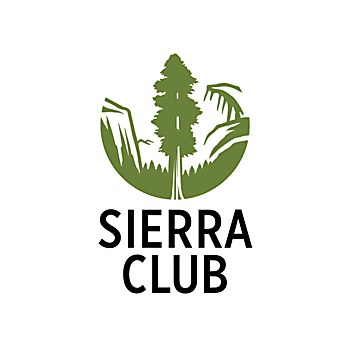 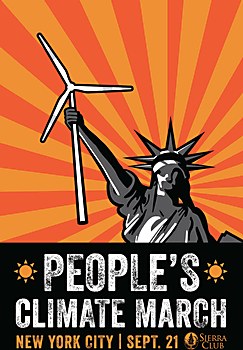 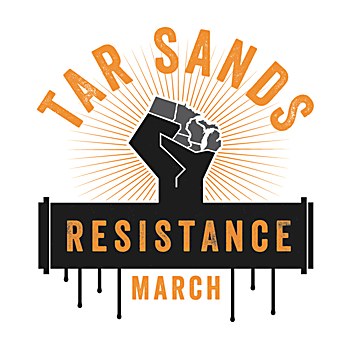 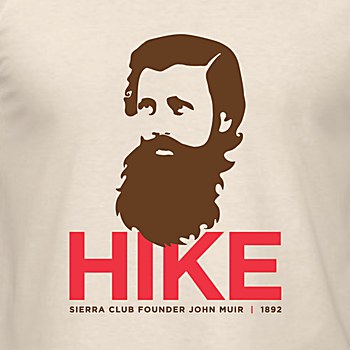 Approach: I feel very grateful to work as a graphic designer, especially for an environmental organization. Working in-house, I’m more of a jack of all trades, and I’m glad that I can meet a large range of needs for clients and campaigns. We work on so many campaigns with tight deadlines. As a result, I’ve learned to design quickly and put the best solution forward. Sometimes, I even enjoy projects with a deadline in a couple of hours, because it doesn’t give you time to second guess yourself.

In my free time, I focus on illustration because I enjoy it. I’m inspired by historic social movements that were fueled by art.

Aspirations: I’d like to take on more side projects to advocate for other social causes. I probably have about 20 half-done personal projects, so I’d like to connect with organizations that have design needs to get those over the finish line. I’ve started experimenting with video, and I’d like to get more proficient with animation. It’s amazing how such powerful stories can come from 30-second videos.

At work, I always get a boost of energy from current events, whether it’s getting angry when there’s an oil spill or celebrating environmental victories. The negative side to that is that my mind’s rarely at peace, so I’d like to add a healthier dose of enjoyment and exploration to my life and my work.

Guiding philosophy: I aim to learn something new every day, even if it’s really small. I try to enter each project with the mindset that this could be the greatest thing I’ve created so far—it rarely is, but the mindset can open you up to the possibility. I also recognize that I’ll never be fully satisfied, and you have to move on to the next project to keep growing. 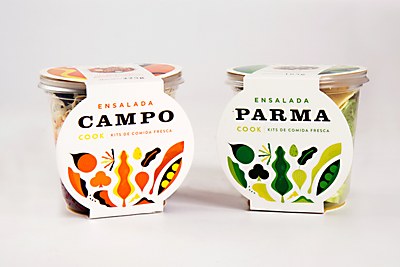 Fresh / Design
Martín Azambuja
This illustrator and designer helps entrepreneurs in Uruguay freshen up their style. 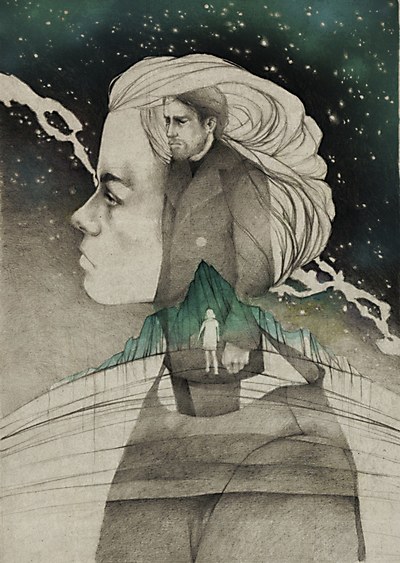 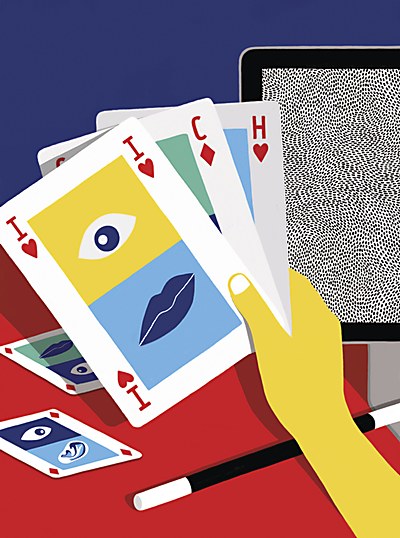