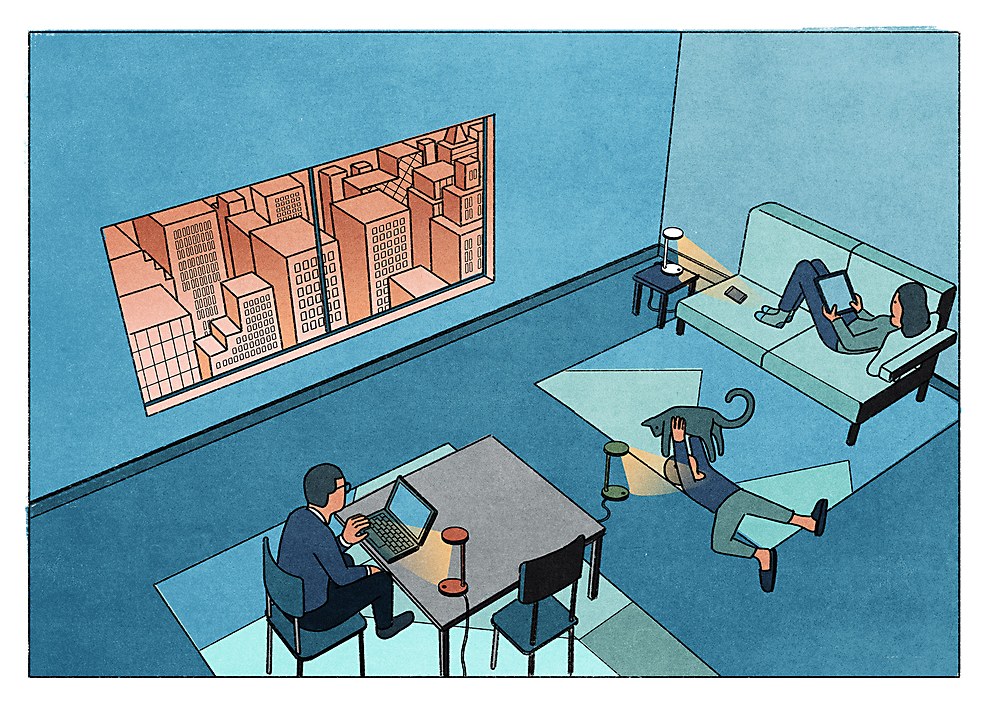 Inspired by the originality of underground art, illustrator Klaus Kremmerz cultivates a visual language all his own.

Career path: My mother is a self-taught artist. When she was young, she wasn’t allowed to pursue art studies or careers as it was considered “unseemly” for a girl to do, so she trained to be a secretary instead. Once she was married, she bought an easel and brushes. I grew up surrounded by colors, the smell of mineral spirits, and paintings of horses, flowers and trees—her favorite subjects.

I ended up following her example. I drew on paper as many children do, but I also leafed through the monographs of Da Vinci, Degas, Rembrandt and thousands of other artists in my family’s library. When I finished my compulsory education, with my mother’s support, I studied art. She made up for one of her greatest regrets with me, and I am grateful to her for doing that.

I came to a career in illustration by chance. In 2016, I wanted to develop a visual language that belonged to me, and at the same time, would interest people so that I could make money from it. And since I began drawing with a computer, I chose to do it digitally. At first, I found felt-tip pens to be the most suitable medium because I liked their freshness, but later, as the commissions began to increase, I decided to simplify it and work more on outlines while using spot colors for the backgrounds. When I felt I had a strong-enough pool of work, I put my portfolio on Behance and Instagram, and the commissions began coming in.

For me, the message is always more important—what you say through your style and not your style itself.”

Artistic influences: This may surprise you, but I’m not a fan of many contemporary illustrators. They are boring and follow trends, lacking originality and copying each other. Although I admit that I am mainly an illustrator at the moment, my interest has always been in modern and contemporary art, in particular that of American underground artists Robert Crumb, Alex Katz and Kenneth Price. I also love the art of Raymond Pettibon, John Wesley and Wesley Willis. Their way of drawing is difficult to codify: art on the border of comics, cartoons and illustrations.

I have also stolen stylistic elements from various artists, but not from other contemporary illustrators. I created the recipe for my cake myself, finding the ingredients from the world of illustration. This is another reason why, at the risk of sounding immodest, my work is among the most original in circulation. Until someone copies it, obviously, and then it will be copied in turn until I lose track of being the original author. And if that happens, I will change my style. I know of several cases in which the illustrator who was copied from becomes a victim with a smarter parasitic illustrator who uses social media very well pretending to be the original and succeeding. Disgusting.

Favorite projects: Illustrating Raymond Chandler’s novel The Long Goodbye for the Chinese publishing house Yilin Press. It was a complex job for me; because the book was so full of images, it was not easy to skim and choose. I made numerous preparatory sketches and changes to both the colors and the composition of the final drawings. To date, I have produced six illustrations that make me particularly happy for the final series of twelve.

Approach: I think what distinguishes me from most other illustrators is that I don’t care what other illustrators do. For example, I don’t give a damn about what’s in The New Yorker. I’ve worked for the magazine a few times, but I consider it to be just another client that has little ability to distinguish quality illustrators. It follows fashions and trends too closely.

My work draws from other sources like cinema, theater, art, books and my passion for Scandinavian design, among others. It’s inevitable that everything I do and see in my free time enters into my way of drawing. Things like jazz, essays, yoga and nature fascinate many people, especially artists. The difference is in the eyes that filter what they are experiencing.

Perhaps the real difference between me and my colleagues is that I don’t identify with my stylistic language. For me, the message is always more important—what you say through your style and not your style itself. I would be open to changing my style every five years if it, at some point, prevented me from saying what I want or if my style had exhausted its strength.

Aspirations: I definitely want to do more than just illustrate in magazines. Recently, I collaborated with Michael William Lester from production studio Beginners on a one-minute animation about quarantine. We made this animation to see if my work would be of interest to clients. I think the result is very good, so now I’m leaving it up to clients to test me in this arena. I would also love to make products, and to have my images end up on objects, furniture or clothing. I am actually open to other experiences too. The great thing about this career is that nine times out of ten, you get what you deserve.

Anything else? I’m fast, reliable and professional. If you are looking for the work of a good professional who stands out from the herd, I’m the right person for the job. 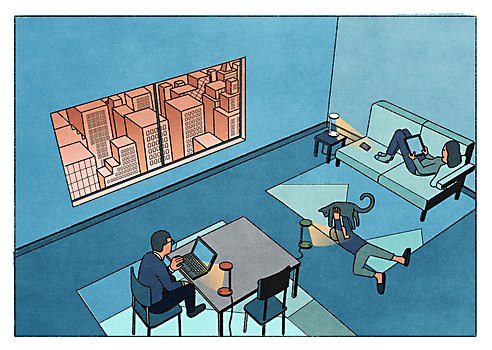 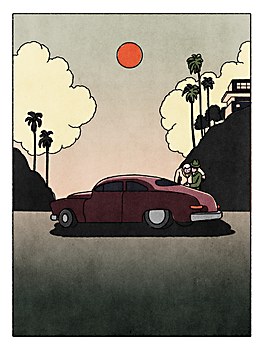 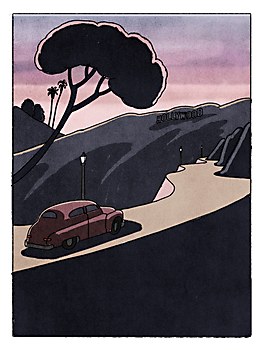 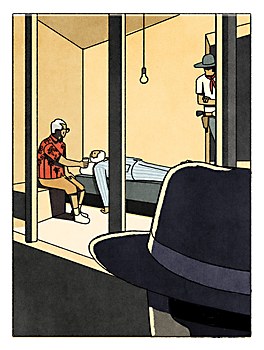 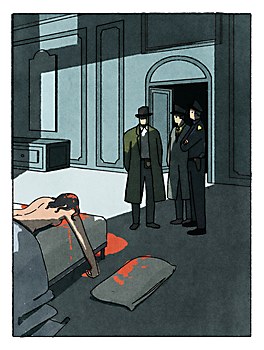 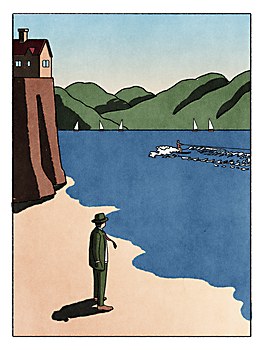 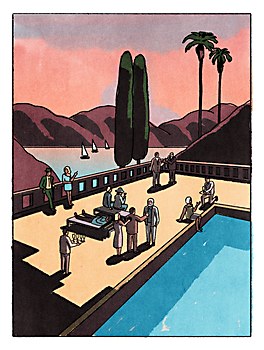 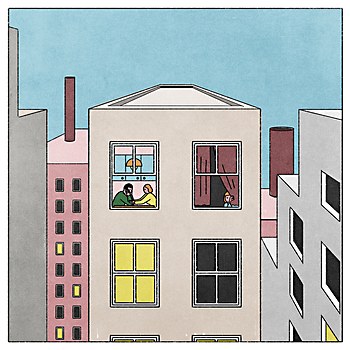 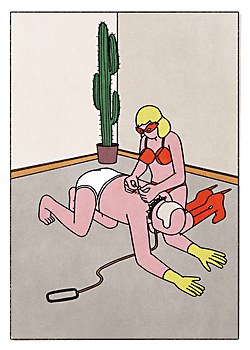 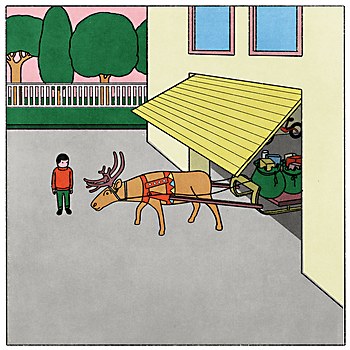 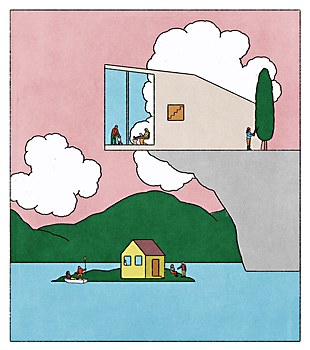 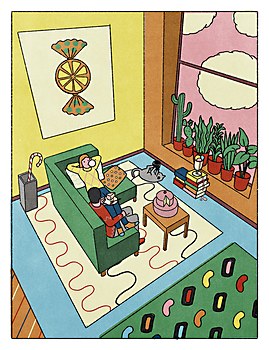 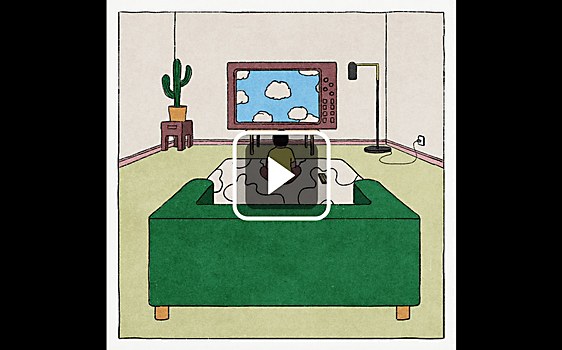 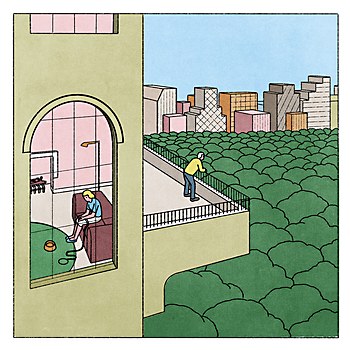 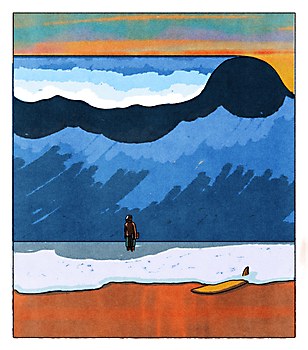 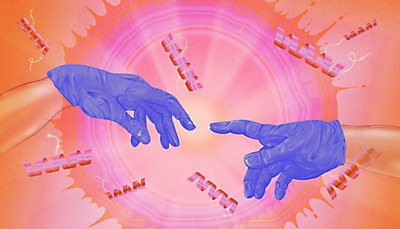 Fresh / Illustration
Julia Dufossé
This Chicago-based illustrator transports viewers to another time by meticulously re-creating the textures of ’70s and ’80s airbrush art. 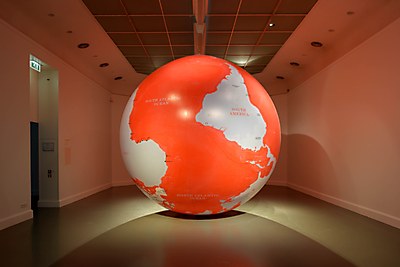 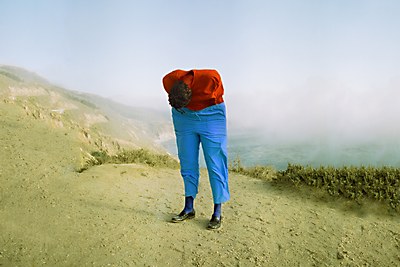