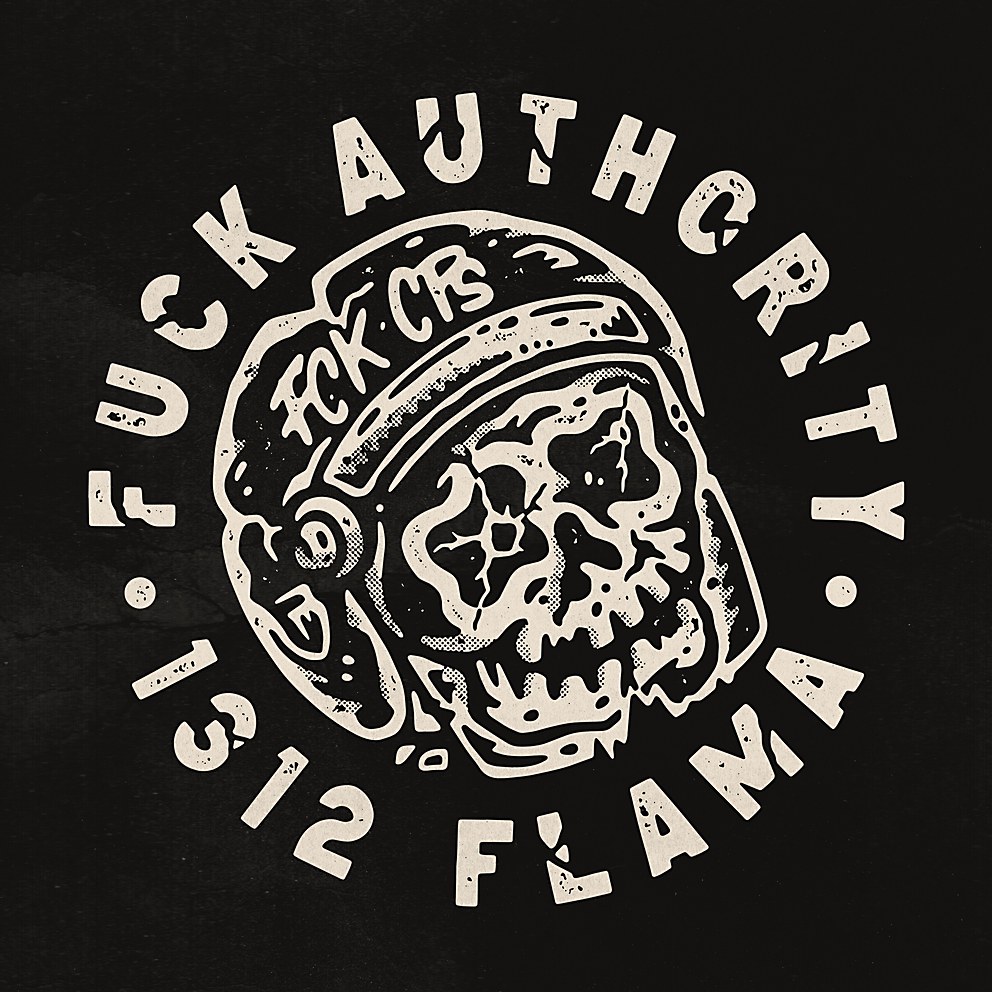 Duration: Three years as a full-time freelancer. Upon completing my bachelor’s degree in 2012, I worked for design studios and ad agencies while doing some small freelance gigs.

Career path: I’ve been drawing since I was a child. I appreciated the illustration work of manga artists such as Riku Sanjo, Rumiko Takahashi and Akira Toriyama, but I was also a fan of their stories, which combined action with a special touch of humor. My other key inspiration was music, having grown up listening to classic rock from the ’60s to the ’80s. My father would tell me that as a child, I’d watched Richard Lester’s film Help!, starring the Beatles, hundreds of times. I also spent five hours a day playing the guitar and assaulting the eardrums of my neighbors.

One album’s artwork that particularly sticks out in my memory was the artwork for punk band Green Day’s album Dookie. I remember spending hours trying to understand how many things were happening in the illustration: bombs, hockey players, satanas, robots and animals throwing pieces of shit. I would buy albums based on their artwork, especially punk rock and metal. The catalog was endless. I eventually realized that I wanted to focus my life on the world of album art, and that’s when I decided to study graphic design.

When a collective does not agree with the rules, it is repressed without being heard. The 21st century—the century of freedoms and rights—is turning into a con, and one of my forms of protesting this is through my art.”

Favorite projects: In 1998, my brother came home with punk rock band Rancid’s album ...And Out Come the Wolves, and I immediately loved it. I discovered the US ska punk scene when I was eight years old, and Rancid became one of my favorite bands. In 2019, an artist collective from Los Angeles called Garageland commissioned me to make a Rancid poster for a gig in Las Vegas. I was as excited as I was apprehensive; I didn’t even know where to begin on a poster for one of the biggest bands in my life. Knowing I wanted to make a big and inspiring work, I researched images from punk art books and listened carefully to Rancid lyrics. Eventually, I settled on an aggressive image of an arm hitting a riot policeman’s head, and the idea was approved. The poster became a reality.

Approach: I have no specific method in which I work. Sometimes I need weeks to build a concept, and sometimes I just need hours. Finding the concept is the hardest part; it could be hours and hours of me searching for a solution, and then the solution just comes to me when I go out for a beer or go to sleep. Sometimes I finish an illustration and think it’s the best illustration of my life, but after 24 hours pass, frustration emerges and I “can’t understand what I was ever thinking when drawing this junk.”

For me, the best method is taking my time. Think about it, and then think about it again. Do different tests. Test different colors. Make infinite layers. Burn out your hard drives. And if nothing happens, continue it tomorrow.

Aspirations: A few months ago, I started to create designs just for fun. For me, art is a way to express how I feel. Right now, the world’s situation is a great source of inspiration. I usually feel the need to protest about the things that the government decides. We’re entering a time where stricter control over citizenship is becoming normalized, and we are just supposed to accept that. When a collective does not agree with the rules, it is repressed without being heard. The 21st century—the century of freedoms and rights—is turning into a con, and one of my forms of protesting this is through my art. I do this work without rules, commissions or demands from clients.

This is how a partner and I started Flama, a new clothing brand that is inspired by its commitment to people and social causes. With Flama, I feel free to express myself how I want and connect with people who think the same way. In five years, I would like to grow this project so that I can dedicate myself 100 percent to it.

Philosophy: Turn your profession into your passion. 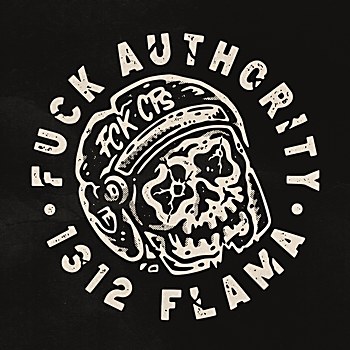 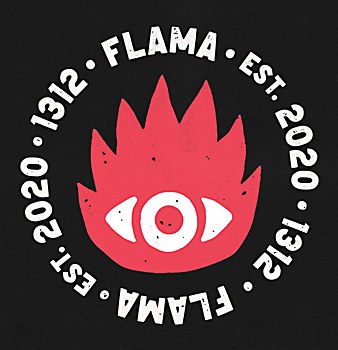 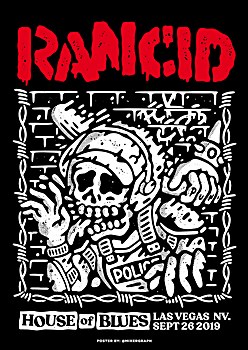 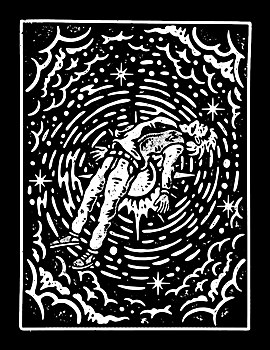 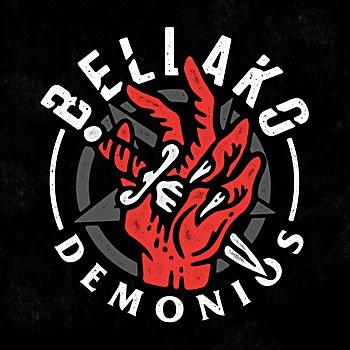 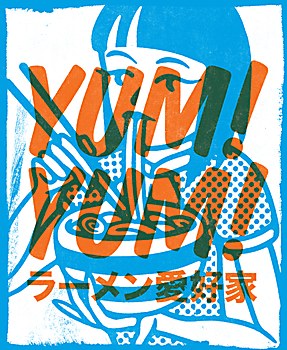 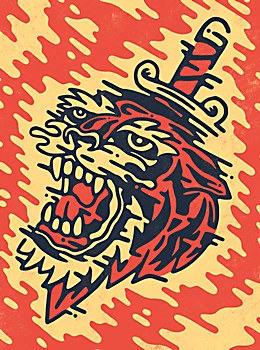 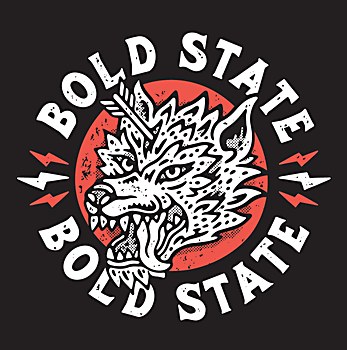 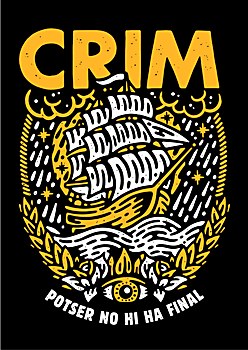 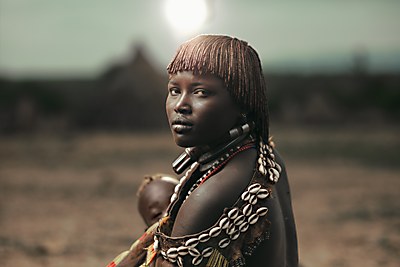 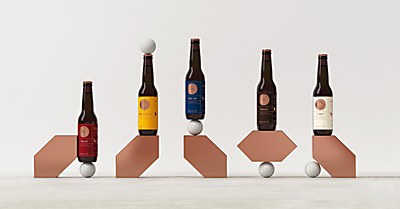 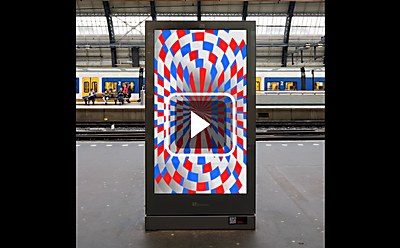