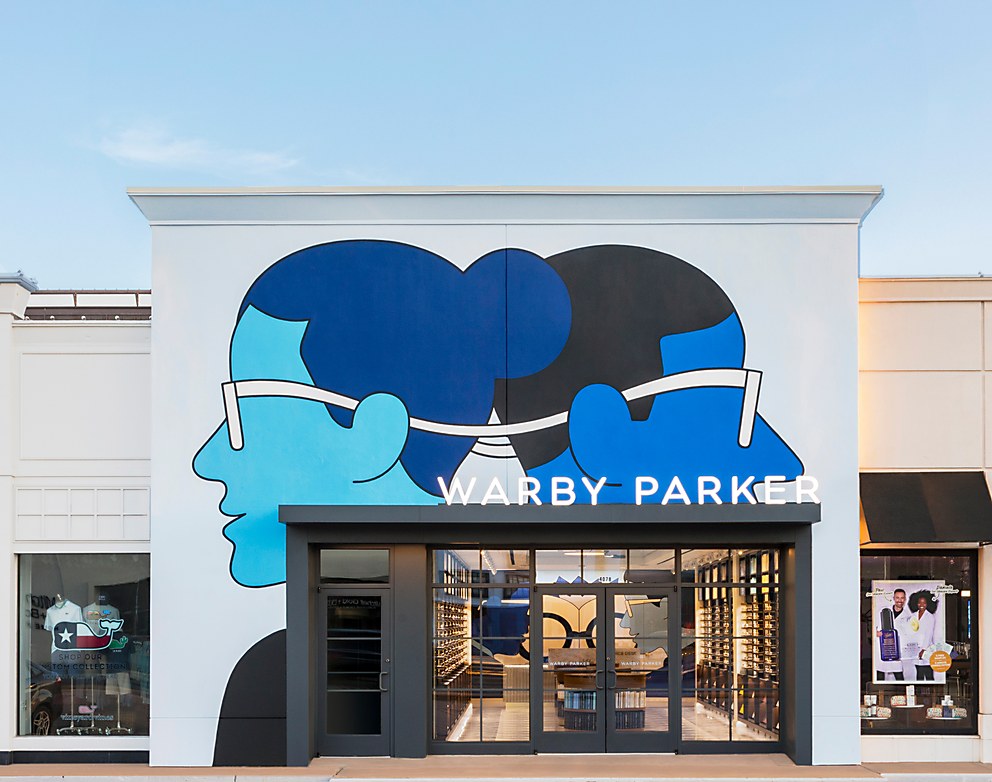 This Rotterdam-based illustrator suffuses his work with the warmth of Japanese design and narrative comic books.

Career path: I grew up in a small city called Zoetermeer, close to The Hague. As soon as I turned eighteen, I happily moved to Rotterdam since Zoetermeer’s an incredibly dull place, but it was excellent for developing creativity. I’ve enjoyed making things ever since I was a kid—like, writing short stories and experimenting with photography. At age eleven, I taught myself how to code and design websites, and at fourteen, I started a hip-hop magazine with some classmates; I did the photography and design.

When I was sixteen, I went to a graphic design college to study web design but switched to illustration after seeing an interview with artist Daniel Clowes and realized that drawing was a perfect medium in which to express myself. I had a hard time with illustration in the beginning. I spent virtually all my nights and weekends during college learning how to draw, using a lot of books and video tutorials. I’m definitely someone who started out with minimal talent but put in the 10,000 hours of practice.

Artistic influences: Since I grew up reading comic books, I’m very influenced by comic book artists. Comics are all about narrative, and the panels are often stripped of any unnecessary details. Although I rarely draw comics myself, I think this “less is more” attitude is something I picked up from artists such as Ernie Bushmiller, Daniel Clowes and Chris Ware.

I’m also influenced by Japanese designers such as Kiyoshi Awazu, Yasaku Kamekura, Kazumasa Nagai and Tadanori Yokoo. Japanese graphic design emerged out of a different cultural history than Western design, and I find it more attractive. Modern Western design often feels cold, sterile and over-conceptualized to me—it might have something to do with the Renaissance in Europe and its centuries of obsession with realism, rules and mathematics. If you look at Japanese art from the same period, there is so much more emphasis on color, form and negative space, creating poetic and touching scenes meant to stimulate on an emotional level rather than impress on a mental level.

What’s important is to feel a sense of freedom as a creator and to keep challenging myself.”

Favorite projects: I recently did artwork for two record covers that I’m really pleased with: Sunscreen by the band Some Bodies and Shlon by singer-songwriter Omar Souleyman. I’d never designed album covers before. There is something challenging and fun about creating artwork for something abstract like music. I was used to working with written articles and coming up with conceptual ideas—this was something totally different.

Working on an album cover is more about capturing a certain mood that fits the music or musician. It’s also exciting to me because a record is like a book: people collect them, making the artwork more permanent than something more ephemeral like a weekly magazine, for example.

Approach: Although I have a pretty consistent visual style, I can use it in many different ways, adding more realism or abstraction when needed. The ability to play with this style has allowed me to work many different kinds of jobs, from realistic portraits with fancy backgrounds to stripped-down illustrations using only a few objects in a surrealistic context. I love figuring out what approach works best for a given assignment.

In Zen Buddhism, there is an attitude called shoshin, meaning “beginner’s mind,” which refers to having an attitude of openness and lack of preconceptions when studying a subject, even if you have vast experience or knowledge about the subject. With every project I work on, I try to approach it with shoshin, as if it’s my first project. Avoiding an artistic, autopilot mentality, this means I have to figure out everything from the start.

Aspirations: My interests change all the time, so it’s hard to picture what I would specifically like to be doing five to ten years out. What’s important is to feel a sense of freedom as a creator and to keep challenging myself.

Recently, I made a three-meter-high (almost ten-foot) sculpture together with fellow artist Micha Prinsen. Every single aspect of the process was new to me. Learning and understanding a new medium gives the mind a lot of ideas for possibilities for works you had never imagined before.

Lately, I’ve had a strong inclination to go in a new direction with my work, but it’s hard to figure out what that direction is while working with a lot of deadlines. I’ve decided to apply for an artist in residency in Itoshima, Japan, for the spring of 2020. It’s been a while since I’ve done personal work, and I have a sense that this time off will do me some good. Who knows what it will bring!

Philosophy: I want to surprise myself with every job that I work on by learning something new while making it. This can be both conceptually or technically, like using a new computer program or visual effect. I can’t imagine doing the same thing over and over and feeling satisfied.

Anything else? After begging a teacher to help me get in, I finally got into art school after being rejected two years in a row. 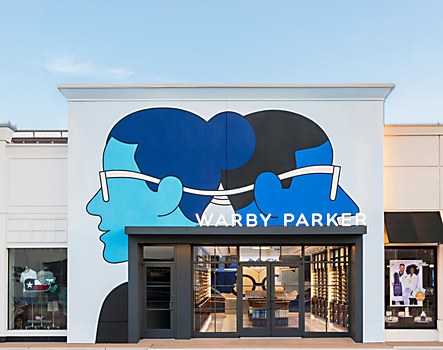 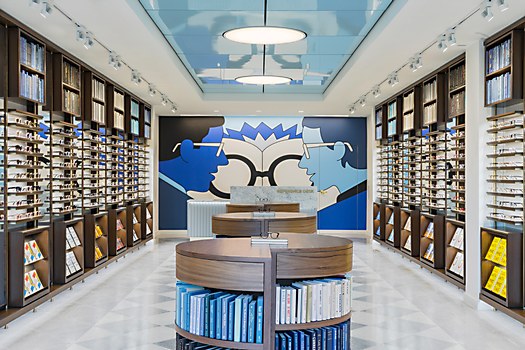 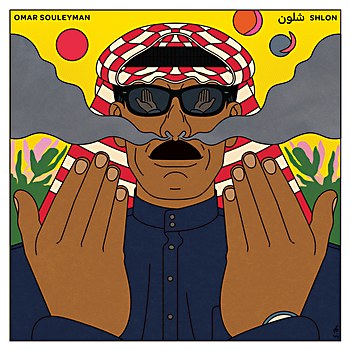 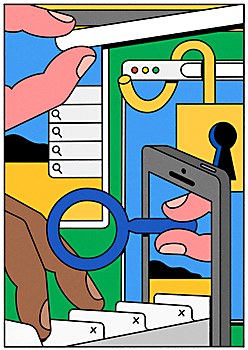 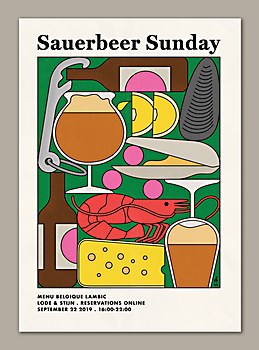 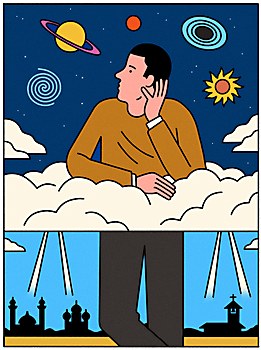 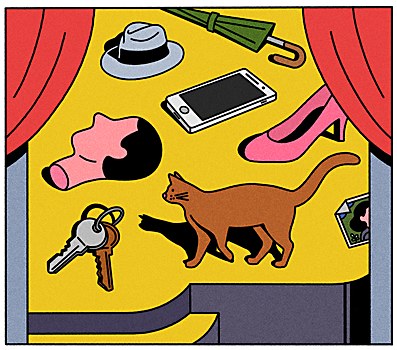 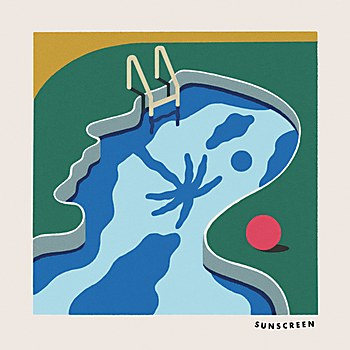 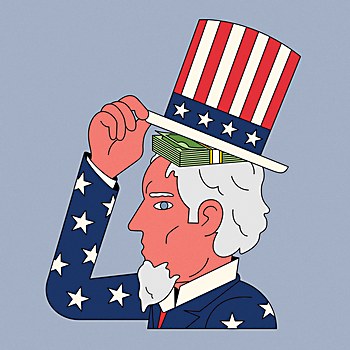 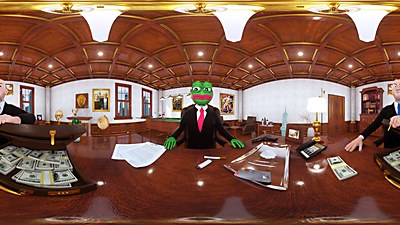 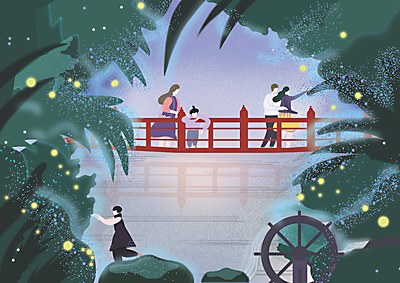 Fresh / Illustration
Lina Lark
This illustrator finds inspiration in her surroundings, whether it’s in the city of Tokyo or on her many travels around the world. 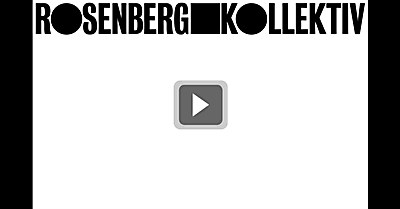