This year’s Typography Annual includes several firsts. For the first time, selection required a unanimous vote, a testament to the quality of submissions and the enthusiasm of our jury. Also for the first time, student work was welcomed to the competition, in its own category. Again, the level of quality was high, and the judges awarded 19 student projects a place among the 140 total projects selected.
Go to Jurors Biographies

“The work entered was really quite good,” juror Juan Carlos Pagan said. “I found myself more than pleased with many of the entries.” Juror John Clark added, “I was surprised to see so much original work in typeface design and in packaging.”

Compared with previous typography competitions, this annual features an increased use of custom letterforms and hand lettering. Also in contrast to the last several years, where we saw the frequent use of just a handful of popular typefaces, you’ll see a greater variety of typefaces in use. In fact, out of the 119 typefaces featured in this year’s annual, only 5 are used twice.

That’s not to say that visual trends were absent this year. As is the case with all of our competitions, jurors frequently see patterns emerge, and this year was no exception.

“Trends tended to vary by category,” Pagan said. “For example, on packaging we saw a lot of ornate Victorian-style lettering, whereas in the identity category, we noticed more of an Americana aesthetic.”

Two trends stood out for juror Laura Worthington. “One included mixing typefaces that have a vintage-industrial feel on badges, banners and crests, often with a distressed effect,” she said. “There was so much of this style, it became difficult to judge because those entries looked so much alike. The other trend was stacking large, uppercase letters of sans serif faces, with hyphens or word breaks based on a grid, for example, three letters across by four lines down. This can engage the viewer when done well, but it’s become commonplace enough that it can feel contrived.”

“I was surprised at the relative dearth of entries that used existing typefaces in original compositions—solutions where compositional inventiveness was the primary thrust,” Clark said.

“The overall level of thoughtfulness in the entries was unmistakable. But to be included [in the Annual] an entry had to demonstrate a high awareness and sensitivity to the craft.” —John Clark

Pagan was surprised that more people didn’t send in physical entries. “I think it’s beneficial to judge a poster, as opposed to a photo of a poster,” he said.

“I believe the competition’s final results would’ve been different had more entries been submitted as printed samples,” added Worthington. “Digital entries are at a disadvantage, particularly those whose contents are judged on details, such as typefaces.”

Looking forward, I asked the jurors how technical developments will change the way we use typography in the future.

“The increased expectation of dynamic content will greatly affect typography,” Clark said. “Every animated effect we now see in broadcast and film will ultimately be expected in what is still largely static typography.”

The high quality of digital screens is also going to have an impact. “With resolution getting better and better, designers who focus on making typography need to pay extra special attention to the details,” Pagan said. “Small things that might have gone overlooked will now be very visible.”

Lastly, I asked what challenges the next generation of type designers and users will face.

“The democratization of typography on digital devices signals the end of an era when a careful typeface selection equaled a good solution,” Clark said. “Everyone with a mobile device is engaged in typesetting, which will require the profession to truly step it up.”

“The entries in packaging were excellent. It very quickly became clear that we were looking for truly groundbreaking work.” —Laura Worthington

“Originality,” added Worthington. “As more and more typefaces are designed, it will become harder to find a unique voice—although that doesn’t seem to be a problem right now.”

However, not everything will change. “Every new technology poses new and exciting opportunities for looking at and creating type, but the fundamental challenges will ultimately remain the same. Creating thoughtful, appropriate, usable type that reflects the mood of its generation will always be the most important challenge,” said Pagan.

As in our other competitions, we employed a two-step jurying system: screening and finals. For screening, print entries were spread out on tables by category. Any juror could put an entry into the final round by handing it to a member of our staff. Digital entries and motion graphics were screened by checking an “in” or “out” box on scoring sheets. Two votes were required to advance a project into the final round.

During finals, print entries were again spread out on tables by category. Two paper cups, one white and one red, with slots cut in the bottom, were placed upside down to the right of each entry, white cups for “in” votes, red cups for “out.” Each juror voted by placing a different colored ceramic tile into the appropriate cup. Final voting on digital entries and motion graphics was again done by each juror checking the “in” or “out” column on the scoring sheets. Judges were not permitted to vote on projects with which they were directly involved. I voted in their stead.

I would like to extend our grateful appreciation to our jurors for their conscientious efforts and to Kamal Mansour, manager of non-Latin products at Monotype, who graciously assisted our jurors by providing insights on the legibility and appropriateness of non-Latin typeface entries. —Patrick Coyne ca 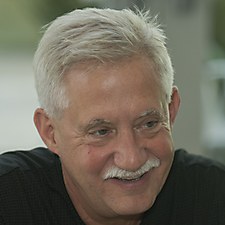 John Clark
founder/director
Looking
John Clark is the founder of Looking, an interdisciplinary design studio involved in 2-D, 3-D and new media design. Clark earned bachelor degrees in environmental design and environmental studies from Syracuse University, with additional studies at the Osaka University of the Arts and a graduate degree from the Basel School of Design, Switzerland. He served as department chair for communication design at Art Center (Europe) and taught at Art Center College of Design in Pasadena, Otis College of Art and Design in Los Angeles, and the UCLA Extension. Previously, he was vice president of Cross Associates in Los Angeles and a designer with Büro Rolf Müller für visuelle Kommunikation in Munich, and he co-founded the GNU Group in Houston and Sausalito. AIGA Los Angeles honored him with a Fellow Award in 2004. 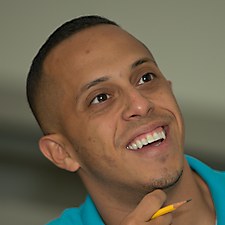 Juan Carlos Pagan
design director
Deutsch, Inc.
Juan Carlos Pagan, a designer, a typographer and an art director, is currently the design director at Deutsch NY and a partner at the Brooklyn-based design studio Pagan & Sharp. He received his BFA from Parsons the New School for Design, and in 2011, he completed his studies as part of the inaugural class of Type@Cooper. Pagan’s clients have included ESPN, the New York Lottery, the New York Times, Pinterest and Print. His work has been recognized by ADC, Cannes, Communication Arts, D&AD, One Club, Print and the Type Directors Club. He was named one of the “Creatives You Should Know 2012” by Ad Age’s Creativity. In 2013, Pagan was the recipient of the ADC Young Guns 11 Award and was listed in the top 10 of Adweek’s “Talent 100.” 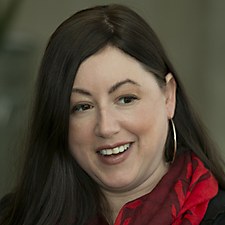 Laura Worthington
typeface and lettering designer
Laura Worthington
Laura Worthington, an award-winning typeface and lettering designer, has built an extensive body of work based solely on her original concepts and drawings and her depth of experience. She is especially known for evocative titling, logo and display scripts, often offered with an astonishing abundance of swashes, alternates and ornaments. She has created high-level commissioned work, taught college-level visual communication courses and was a graphic designer for fifteen years. Worthington’s typefaces have appeared in both MyFonts and Typographica’s best-of-year lists. Her typefaces are available through a wide range of distinguished and popular distributors. She lives in the Pacific Northwest with her beloved husband and dogs. 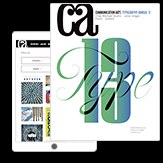