This year’s interactive competition welcomed a 5 percent jump in submitted entries. Although websites and microsites continued to make up half of all entries, we saw a significant increase in the environmental category, reflecting the growing trend in immersive experiential marketing. By contrast, we saw a significant decrease in the tablet category, which may portend a declining interest in the tablet as a standalone development platform.
Go to Jurors Biographies

“It was refreshing to see—even though this competition is really focused on interactivity—a bounty of excellent graphic design and typography at play in most of the entries,” juror Nathan Moody says. “It’s good to see that the basics aren’t getting overlooked.”

“Interactivity has always been about taking the little things and making them unforgettable and beautiful,” adds juror Harold Jones. “This still holds true today.”

“I was surprised by the number of parallax sites we reviewed,” juror Libby Bawcombe says. “Some were subtle and interesting, others were brash. I appreciate designs that included clever uses of parallax-style elements without going over the top.”

“There seems to be a resurgence of Flash-style web animation—accompanied by a sense of light-heartedness and play,” says juror Keri Elmsly. “In the entries that were apps and sites for cities and institutions, it was great to have such elegant and effortless designs make accessible what is commonly dense and hard to wade through.”

“Mobile continues to be a place where smart user experience and design can make an enormous difference,” juror Ben Hughes says.

“I was struck by the use of inexpensive and readily available sensors,” Moody says. “From accelerometers to rangefinders to motion sensors, this is one area where extending system input beyond the mouse, keyboard, finger and voice really made a material improvement in the impact of many pieces.”

I asked the judges what they felt were the weakest areas in this year’s entries.

“A predominance of entries that felt like ‘animated’ and one-way experiences,” says Elmsly. “I was hoping to see more entries that created a way to truly engage and interact beyond clicking.”

“We reviewed a few sites that were ambitious and visually gorgeous, but they lacked direction, took forever to load, and required special plug-ins and browsers,” Bawcombe says. “I crossed those off the list immediately.”

“No one is doing great virtual reality [VR],” says Jones. “There is a big trend in second-screen VR experiences, and while you do get a full 360-degree field of view, there is still a drastic lack of interactivity and storytelling in these experiences.”

“VR still has a long way to go,” adds Hughes. “The technology is sexy, but it still feels like a gimmick rather than a smart way to solve problems.”

I also asked the jurors a series of questions about the future of digital interactivity.

“I’m not convinced that the current form of personal device—the cell phone—is going to continue to be additive to our field,” says Elmsly. “I’m looking forward to the landscape of the Internet of Things and wearables maturing so we are not walking around with our faces in tiny screens and bumping into things. I’m excited by technology that supports togetherness instead of separation.”

“New and better devices, plus continually changing specs, will continue to keep designers on their toes,” says Bawcombe. “While it’s popular to think that we’ve never seen so many devices, platforms and methods of delivery, this has been the story of digital design since the Internet was born. Going forward, I think much of ‘design’ will come in the form of interaction, whether we’re talking to Siri or Alexa, streaming media on our smart TVs or controlling the consoles in our cars.”

“As new device forms take shape and become accepted, it will be up to us to help create the methods and narratives that provide unforgettable experiences for these platforms,” Jones says. “Developing strategies and best practices are responsibilities we all carry.”

What breakthroughs will be required for VR to become widely accepted?

“We need a mental breakthrough to separate 360-degree video from the broader concept of VR.” Bawcombe says. “If we see more uses of VR as a tool—in medicine, travel and education, for example—we can expect augmented experiences to go beyond fancy videos.”

“VR must become a lot more social to be an accepted experience,” says Moody. “The fact that you’re shut off from your environment and others has benefits for some types of experiences, but whether it will become a mainstream method of consuming content will largely be based on how much of a shared, or shareable, experience it can become.”

“In general, I feel the conversation around VR is being driven by the needs of the companies who have invested heavily in it, not the audience,” Hughes says. “It will have huge implications for gaming and exotic things like remote surgery, but I’m not sure it’s ever going to be widely accepted as a mass storytelling platform.”

What business/cultural/social developments will alter the role of interactive media in the future?

“I really believe that we’re flirting with the limits of human bandwidth and attention,” says Hughes. “That’s the next problem to solve—how we create experiences that stand out because of the single-mindedness and focus they provide.”

“Experiences that become relatable stories that can be told to others, in person and online, will always be the key to success,” Moody says. “While culture changes all the time, the nature of story is truly universal. If people feel like their perspectives have been changed, even in small ways, that’s where any media has its greatest success, and interactive media is no different.”

“The broader implementation and social acceptance of artificial intelligence and machine learning will open up opportunities for interactive storytelling,” Jones adds. “Users will continue to move away from the screen as new forms of interactivity become more immersive in our daily lives.”

“Building worlds that span virtual, augmented and real life is within our reach,” Elmsly says. “Interactive media in all its forms is responsible for much of this blending of reality. As designers, our responsibility to research and ask questions of our clients and ourselves is more critical than ever.”

I would like to extend our grateful appreciation to our jurors for their conscientious efforts in selecting our 23rd Interactive Annual.

Selection for this year’s annual required a minimum of three out of five votes. Judges were not permitted to vote on projects with which they were directly involved; I voted in their stead. The winning projects, including links and case-study videos, can be viewed on our website at commarts.com. —Patrick Coyne, ca 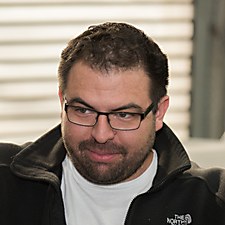 Harold Jones
partner_technology
WorkInProgress
Harold Jones is partner_technology for WorkInProgress, a Boulder, Colorado–based agency that launched in 2016. Prior to this, he was vice president/executive creative technology director of CP+B, also in Boulder. Jones is the creative technologist responsible for shaping Domino’s into the technology giant it is today. From Domino’s Live, which offers an interactive look at pizza making, to the Domino’s iPad app, which set new benchmarks for conversion and average price per order, Jones’s work has contributed to what NPR dubbed “a tech company that happens to make pizza,” as well as to CP+B receiving a Cannes Titanium Grand Prix and a Grand Clio. 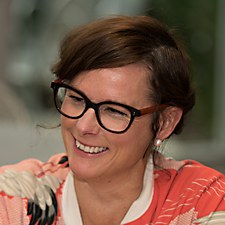 Keri Elmsly
chief creative officer
Second Story, part of SapientRazorfish
Keri Elmsly is chief creative officer of Second Story, part of SapientRazorfish, overseeing offices in Atlanta, New York and Portland, Oregon. For more than fifteen years, she has specialized in developing and producing ambitious visual art and design projects, including public art, large-scale interactive installations, touring shows and gallery works. She brings an artist’s sensibility to the studio, with a keen eye on the intersection of art and technology. Based in London prior to joining Second Story, she has worked with a range of museums, festivals, galleries and artists, including Mira Calix, Quayola, United Visual Artists and Universal Everything. 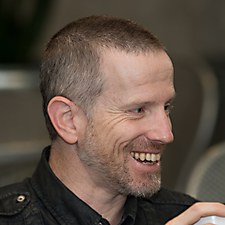 Nathan Moody
design director
Stimulant
Nathan Moody, design director of San Francisco–based Stimulant, has designed award-winning interfaces, interactions, illustrations, motion and sound for more than two decades in almost every artistic medium and communication channel for some of the world’s best-known companies and brands. He was schooled as an illustrator, has trained as a motion designer and is experienced as a designer; this broad range of experiences informs his cross-pollinated, holistic approach to the art and craft of experience design. Moody is also a published author, an awards judge and a frequent public speaker, as well as a sound designer and a musician. He lives to explore what he doesn’t yet know. 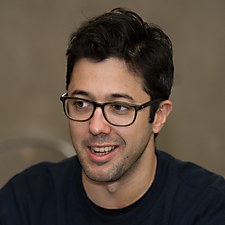 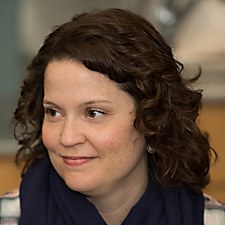 Libby Bawcombe
senior visual product designer
NPR
Libby Bawcombe is a senior visual product designer with NPR’s digital media team. She collaborates with designers, developers and editorial teams to bring NPR’s unique storytelling to listeners and readers across different platforms. Bawcombe was formerly digital design director at the Atlantic, where she led user experience, art direction and responsive design of the digital experiences for theatlantic.com and citylab.com. Prior to this, she spent thirteen years as manager/senior multimedia designer at the Newseum, the museum of news in Washington, DC, where she designed interactive touch experiences for platforms as large as gallery walls and as small as phones. 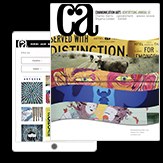