This year’s Design Annual chronicles an industry in flux. While the number of selected collateral-based projects has been in decline for several years, for the first time, there were no letterheads or business paper systems chosen. The Environmental Graphics and Motion Graphics categories were particularly strong, but the biggest surprise was the fifteen books chosen for inclusion—the most we’ve seen in many years.
Go to Jurors Biographies

“I was surprised that a traditional form of print—books—was the most innovative,” says juror Lynda Decker. “As an analog form, they were often ironically, brilliantly cinematic.”

“I was surprised by the number of entries with strong social messages beyond the public service category,” says juror Laura Scott. “This isn’t surprising given the times we’re living in, but it was upliftingly unexpected.”

“I was impressed by the number of smart, well-designed entries from Canada,” juror Mark Fox says. “Bravo Toronto and Montréal!”

“It was clear that the idea-based projects were the ones that stood out over the rest,” says juror Fidel Peña. “Craft was crucial for the final selection of winning pieces, but ideas made the projects really stand out amongst many other well-executed projects.”

I asked the jurors to comment on their biggest disappointments with this year’s entries.

“Many of the entries within certain categories—liquor packaging, for one—were so slavish in their adherence to established design cues that it resulted in a blurring of brands,” Fox says. “Rather than challenge norms, these entries reinforced preexisting tropes.”

“On the other hand, we saw a multitude of upstart cannabis companies move away from stereotypical psychedelic visual tropes to a more considered and sophisticated sensibility, perhaps reflective of cannabis’s mainstream cultural acceptance,” says Bartlett.

“We saw a preponderance of geometric forms juxtaposed with biomorphic blobs,” says Decker. “I have no idea what this means. Uncertainty? Indecision?”

“Far too many trademarks, icons and patterns were created with a single stroke weight in Adobe Illustrator,” Fox says. “The result of this default, monoline approach was a sea of visual sameness.”

I also asked the jurors about the economic, cultural and social developments that are impacting the role of design.

“We now live in precarious political and ecological times, and design is adapting to these needs,” says Peña. “I think the need for designers’ voices to be heard will continue to grow.”

“As a whole, ‘making’ has become devalued and overshadowed by the more business aspects of the profession, such as design thinking,” Decker says. “And yet, it is beauty, expressed through craft and form making, that enhance and bring pleasure to experience.”

“For some reason, design strategists are seen less as service providers than actual design studios,” says Scott. “It’s as if clients assign a greater value to strategy or thought leadership as an output than design. We need to do a better job of educating clients that design is strategic.”

Lastly, I asked the jurors where they think the field of design is going.

“In the short term, design will become more disembodied, further freed from materiality,” says Fox. “Streamed, projected and impermanent, the visual language of design will be driven by a need for kinetic and mutating forms. Eventually, when the algorithms and AI get good enough, the field of design may be freed from designers as well.”

“Design is becoming a hybrid of mediums and expressions,” Peña says. “This is creating a more fluid and far-reaching communication language. In my opinion, this is exactly what design was always meant to be.”

“I’d like to see designers more aggressively take on the challenges of improving everyday life,” Decker says. “So many of the world’s problems have a communication component—people don’t understand issues. This includes everything from the impact of not voting to climate change to how to do CPR properly. I think we as individuals need to do more. And we need to do better.”

A minimum of four out of five votes was required for a project to be awarded in this year’s competition. I would like to extend our grateful appreciation to our jurors for their conscientious efforts in selecting our 60th Design Annual. —Patrick Coyne ca 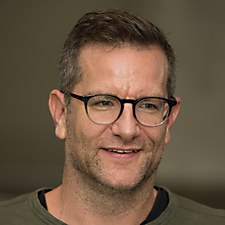 Brad Bartlett is a designer, educator and author. The work of his Los Angeles–based design studio has been recognized by the Art Directors Club, AIGA 50 Books/50 Covers, Communication Arts, Graphis, HOW, I.D., Print and Sappi, among others. He is also a three-time winner of the Frances Smyth-Ravenel Prize for Excellence in Publication Design by the American Alliance of Museums. Bartlett has been on the faculty at ArtCenter College of Design since 1999. He is the director of transmedia in the Graphic Design department. Bartlett earned his master’s degree in design from the Cranbrook Academy of Art in 1998. 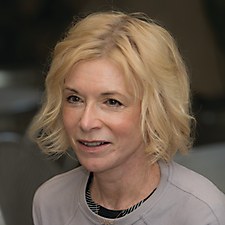 Lynda Decker is a multi-disciplinary designer whose work encompasses brand strategy and identity, interactive communications, publications, information graphics, and design criticism. A native New Yorker, Decker holds multiple graduate degrees in design. She was fortunate to land her dream job after college—she worked on U&lc for the typographic design legend Herb Lubalin, and was mentored by Lubalin’s partner, Tony DiSpigna. She is currently national cochair of AIGA Women Lead—in partnership with leading agencies fighting for gender equity in the workplace. 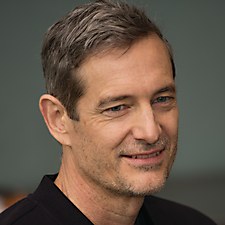 Mark Fox is a designer, educator and author. He specializes in the design of trademarks, icon systems and custom typography at San Francisco–based Design is Play with collaborator Angie Wang. Fox is a professor of graphic design at California College of the Arts in San Francisco, where he has taught since 1993 and served as department chair on two occasions. Fox and Wang are coauthors of Symbols: A Handbook for Seeing, published by the Monacelli Press in 2016. The following year, Design is Play was nominated for one of the Cooper Hewitt, Smithsonian Design Museum’s National Design Awards. 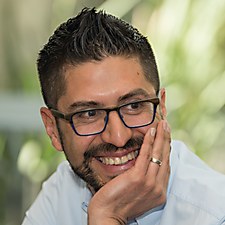 Fidel Peña is a creative director and cofounder of Toronto, Canada–based Underline Studio. His projects at Underline have included identity, branding, campaigns and publications. Peña’s work has received numerous accolades, including from the ADG Laus Awards, the Art Directors Club, Communication Arts, D&AD, Graphis and the Type Directors Club, and he has lectured on design topics in Spain, Mexico and Canada. He was born in El Salvador, is a former president of the Advertising and Design Club of Canada and is currently a board member of the Prefix Institute of Contemporary Art. 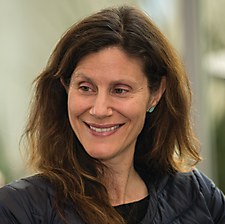 Laura Scott founded Studio Scott in 2009 to bring award-winning design and communications experience to a wide range of design disciplines. Prior to opening Studio Scott, she was an associate partner at Pentagram in San Francisco for ten years. Scott received a BA in English and art history from Colby College and an MFA in graphic design from the Academy of Art University. Her work has been recognized by Communication Arts, Graphis, the International Design Awards, Print and Spark, and she is a recipient of the 2018 AIGA SF Fellow Award, which recognizes excellence in design practice, education and leadership. 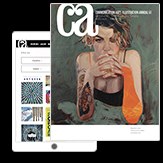