As in previous years, submissions to this year’s Illustration Competition reflect the current issues facing humanity and how visual communicators respond to them.
Go to Jurors Biographies

“It’s so interesting to see the thoughts of the world distilled down like this, and the topics that came to the forefront,” says juror Danielle Carnito.

“You could see distinct artistic reactions to the feelings of anxiety, fear and lack of control,” juror Ty Mattson says.

“I found the visual sentiments from the illustrations to be extremely compelling translated through different mediums. The act of taking heavy themes and turning them into beauty that evokes an emotional response is such an intriguing process.”

“After absorbing so many intense visuals over the two days of judging, it was a relief to have the occasional pop of humor in the entries,” says Carnito. “It’s a good reminder that serious topics can be approached with humor, if done correctly, and still be completely effective in communicating.”

Several jurors commented on the strength of the student work.

“There was a lot of amazing work in the student category,” juror Rina Kushnir says. “A lot of student pieces were not only technically advanced but also had very strong emotional impact.”

“I was amazed by the wonderful student work that was on par with seasoned professionals’,” says Mattson. “The fresh and raw talent was exciting. There was such a strong sense of empowerment and strong female representation.”

“The quality of the student work was the most pleasant surprise,” juror Mike Meadus says. “I suspect we’ll see a few illustrators who didn’t quite make the cut this year in future pages of CA.”

Other observations about this year’s entries encompassed both form and usage.

“While some really strong work was very simplistic, I found there to be a ton of microdetailed illustration styles,” says Meadus. “It made for some eye-catching, thought-provoking and beautiful images.”

“It was refreshing to see progressive tech companies embracing illustration as a means of brand expression,” says Mattson. “The engaging use of illustration transformed an often cold perception into something approachable and relatable.”

I asked the jurors about their biggest disappointments with the entries.

“I saw brilliant originality in both the professional and student categories, but was discouraged at times by waves of stylistic imitators,” juror Brian Stauffer says. “Of course it is natural to see trends move through a given moment in the field, but it is worth a mention that originality is so much more powerful than the well-trodden.”

“Sloppy work that showed poor execution,” says Carnito. “The craft of a piece is just as important as the idea—both elements need to work together to create a successful piece. I’d also be happy to see less or no gender-normative color coding. Pink has so many other good uses than signifying ‘female.’”

When asked about future directions for the field of illustration, the discussion revolved around the positive and negative aspects of social media.

“I think more people see illustration each day now more than ever, but I think their awareness of what illustration is has never been lower,” Stauffer says. “Social media has been a great equalizer for fresh artists to access the marketplace, but it comes with the tendency for artists to accept lower fees.”

“Visual creators have a voice, reaching so many people instantly with all of the various visual platforms out there,” says Carnito. “Please use that voice responsibly.”

“Through social media, artists now have the lowest barrier between them and an audience,” Stauffer says. “How they turn that access into a profit center is by generating their own content and products that they offer directly. I’m not sure what those forms are, but I’m sure young creatives are working on those as we speak.”

“In my experience, profit is a result of following your passion,” says Mattson. “I recommend you commission yourself before anything else. Your dream project is the one that starts with the investment in you.”

A minimum of four out of five votes was required for a project to be awarded in this year’s competition. I would like to extend our grateful appreciation to our jurors for their conscientious efforts in selecting our 60th Illustration Annual. —Patrick Coyne ca 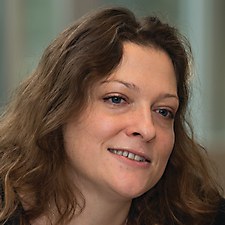 Danielle Carnito is the trade art director for Lerner Publishing Group, an independent children’s book publisher in Minneapolis, Minnesota. She started her career in advertising, then moved north and changed careers to book publishing. In the past few years, Carnito has focused more on picture books, aiming to bring a new level of appreciation and diversity to that genre. She has had the honor of working with many illustrators, including R. Gregory Christie, Jaime Kim, Victo Ngai, Sean Qualls and Selina Alko. Carnito holds a BFA in graphic design from Drake University, and when not making books in Minneapolis, she enjoys traveling to places with mountains. 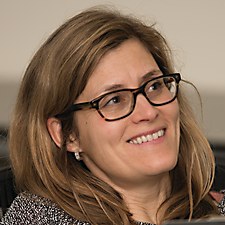 Rina Kushnir is a New York–based art director and graphic designer, currently working as an art director at The New Yorker. She was previously an associate art director at WIRED, where her work was recognized by the Society of Publication Designers. Earlier, she worked as
a designer at Condé Nast’s Portfolio, Pentagram and C&G Partners. She earned a Bachelor of Music degree in piano performance from the University of Colorado Boulder, and a Bachelor of Fine Art in graphic design from the School of Visual Arts in New York City. On her own time, she paints leaves she collects in her Brooklyn neighborhood, meticulously studying them and adding dots of oil paint, punched holes and patterns. 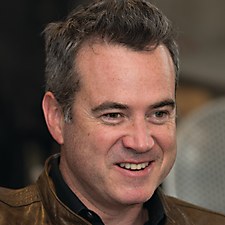 Ty Mattson is the founder and creative director of Mattson Creative, a Southern California–based branding agency specializing in illustrative design for the entertainment and licensed consumer products industries. He leads a design team whose award-winning work can be seen for clients including Apple, Coca-Cola, Disney, FAO Schwarz, IKEA, Target and Universal Studios. His work has appeared in numerous professional publications and has been recognized for excellence by the leading design competitions, including Communication Arts and the One Show. Mattson studied design at the University of Michigan at Ann Arbor. He is a former Jungle Cruise skipper and a current bulldog owner. 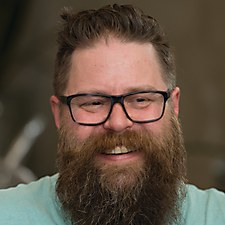 Mike Meadus was born in St. John’s, Newfoundland, and made his way to Calgary at the tender age of nineteen to start his creative career. He took a position at McCann Canada in 2003. He quickly worked his way into the role of vice president, creative director, and during his thirteen-year tenure there, he led the agency to become Alberta’s most creatively awarded. He left McCann in 2016 to run his own studio, Meadus Design. His work has been recognized by the Advertising & Design Club of Canada, Applied Arts, the Art Directors Club of New York, Cannes, the Clios, Communication Arts, D&AD, Graphis, the London International Awards and the One Show. 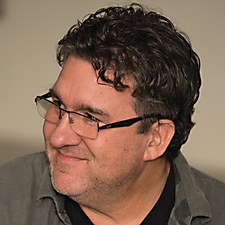 Brian Stauffer’s illustrations have appeared on the covers and pages of more than 300 publications world-wide, including Esquire, GQ, the New York Times, The New Yorker, O, The Oprah Magazine, Rolling Stone, TIME, the Village Voice and The Washington Post. Stauffer’s work has received awards from AIGA, the Art Directors Club of New York, the Association of Alternative Newsmedia, Communication Arts, Graphis, the Promax Awards, the Society of Illustrators, the Society for News Design and the Society of Publication Designers. In 2004, Stauffer’s “Worry” cover for The Nation was named the 26th of the top 40 covers of the past 40 years by the American Society of Magazine Editors. 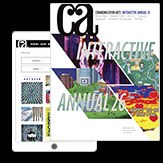