Considering the health and economic challenges of the ongoing global pandemic, we were surprised to see only a slight drop in submissions to this year’s Typography Competition. Winners from 25 countries are represented in this year’s Annual, including work from Bulgaria, Peru, Uruguay and Vietnam. While we were disappointed in the decline in the number of entries selected as winners in the Motion and Periodical categories, we were pleased to see a very strong showing in Posters and Student Work.
Go to Jurors Biographies

“I loved seeing the diversity of work—not only in medium and approach, but also in origin of the work,” says juror Katy Fischer. “It was inspiring to see work outside of the United States.”

“I felt that there was a good range of work,” juror Milton Un says. “There were some hardworking typeface designs that were subtle in their nuance, and some really expressive typographic work that continues to push typography’s role in communication.”

“The quality of the type design entries was really high,” says juror Valentina Casali. “Many typefaces submitted had a multilanguage approach. I’m happy it’s becoming the standard because I think this will lead to greater inclusiveness.”

“I was most impressed with the work of the student entries,” juror Gloria Kondrup says. “There was more risk-taking and attention to the powerful voice that typography can have in communicating social, cultural and environmental issues.”

“The use of multiple typefaces within a design narrative,” Kondrup says.

“The continual nudge of typography as image or illustrative element,” says Un. “Shouts to Herb Lubalin and Phase 2.”

“A lot of work with illustrated type made me wonder where’s the limit between calligraphy, lettering, type design and illustration,” juror Lucho Correa says. “Maybe a new category will soon appear.”

“I felt that there was less ornamentation and revival design compared to previous years,” says Casali.

Fischer has a different view. “Maximalism is back! Even in the minimalist executions, maximalism crept in,” she says. “Design trends spread like wildfire these days. Dribbble, Behance, etc. give our community a hyperinstant reference of style. If style is used to express new, different or something reminiscent of another, then it gets boring real fast. Some things that are becoming fatiguing: liquified, stretched, morphed type. This comes out of variable type and the integration of motion and print. It’s just everywhere. Stickers are about to hit their peak soon. ‘Retro’ ’70s/’80s-influenced typography is having a major comeback—it’s been amazing to see the Chobani effect influence the type decisions of designers across the world.”

“The lack of generative typography, or the use of variable fonts,” says Kondrup.

“The motion graphic entries. No great things there,” says Correa. “Actually, I found more interesting projects with typography in motion in the student category than in the professional category.”

“My biggest disappointment was the lack of Arabic script represen-tation in the final selection,” says Morcos. “There were a handful of good entries, but it looks like they didn’t make it to the final round. Perhaps a regional category might help compare apples to apples so that the sweetest fruits rise to the surface.”

“I wish there were more hand lettering and calligraphy entries,” Casali says. “I’m not saying I don’t love Béziers. Sometimes I just appreciate the feeling of handmade letters.”

“I was surprised at how little publication design was submitted,” says Fischer. “Editorial design is one of my favorites. Great editorial work needs to quickly combine a big idea while balancing wit and storytelling in a spread. It’s like a long-form poster.”

“I would have loved to see packaging ideas that rely on a sense of humor or functionality rather than exuberant production techniques,” Morcos says. “It’s also curious how the spirits subcategory—whiskey, gin, etc.—hasn’t changed.”

I also asked the jurors to speak about the technological develop-ments that may change the way we use typography in the future.

“Machine learning and artificial intelligence will have a profound effect on the development and use of typography,” says Kondrup.

“Accessibility to user-friendly motion tools, the general population’s want for ‘cool’ type on social stories, the consolidation of foundries into larger online libraries, subscription-based type libraries [and] the homogenization of trend,” Fischer says.

“As the need for the proprietary continues to grow in the demands of branding and identity, I think we’ll see more designers and typographers explore new ways of expressing language,” Un says. “I could see a future where the technical gets hypertechnical, and, simultaneously, the simplicity of the human hand comes into play in a more honest way.”

Finally, I asked what challenges future type designers will face.

“Saturation is no doubt a serious issue when it comes to future typography design,” says Correa. “Can you make a typeface more legible than legible? Do we really need another Bodoni-inspired typeface? Is it helpful to designers to have thousands and thousands of typefaces to choose from? As typography has a clear task in the transmission of a message, innovation is somewhat limited. People must be able to read and identify words set in a typeface. Letters have had their forms for centuries. The next generation of type designers will have to find their way through these hard limitations.”

“I hope they continue to research the immense heritage beneath non-Latin scripts, not only to preserve them, but also to make them available worldwide to be used on different devices,” Casali says. “I believe this could be the driving force that could bring different communities together.”

While a minimum of four out of six votes was required for inclusion in this year’s Typography Annual, more than a third of the selected projects received a unanimous vote. Jurors were also not permitted to vote on projects in which they were directly involved. I would like to extend our appreciation to our jurors for their conscientious efforts in selecting our eleventh Typography Annual. —Patrick Coyne ca 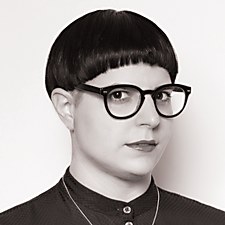 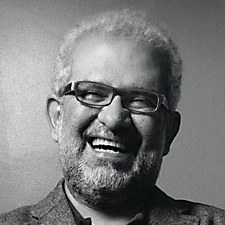 Lucho Correa is a Bogotá, Colombia–based graphic designer, and founder and creative director at Lip, a design and communication studio focused on branding and packaging. In 2003, he decided to open his own studio with his wife, Paula, after a fourteen-year career as an art and creative director in the advertising business. For the last seventeen years, Lip’s work has been awarded repeatedly by Communication Arts, El Dorado, Laus and Red Dot. Correa has served on the jury at the Cannes Lions Festival and the London Festival and is a regular speaker at regional events. He is also an enthusiastic amateur cook and a “converted” dog lover thanks to his daughter, Mar. 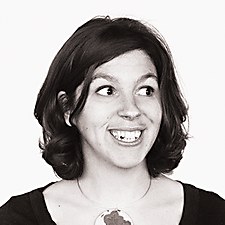 Katy Fischer is executive creative director at TOKY, a full-service branding and design consultancy based in Saint Louis, Missouri. Fischer specializes in corporate identity and branding, publications, special invitations, illustration, 3-D design, and brand standards design. One of the United States’ most awarded creatives, her work has received honors from the American Advertising Federation, AIGA, Communication Arts, Graphis, LogoLounge, HOW, Print and the Type Directors Club. A supporter of young art students in the area, Fischer has served as a guest critic for Washington University in St. Louis, Maryville University and AIGA-sponsored student portfolio events. 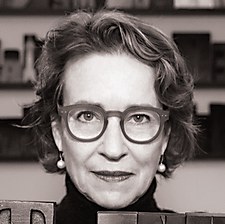 Gloria Kondrup has been a professor at ArtCenter College of Design for more than two decades, and as the director of Archetype Press, ArtCenter’s letterpress studio, she is redefining the value of typography and analog technology in the digital age. Kondrup currently serves as the executive director of the Hoffmitz Milken Center for Typography, which furthers the advancement and study of typography through educational programs, student scholarships, educator grants and fellowships. Kondrup lectures internationally on design topics including culture, education and ethics. She has a BA in fine art and an MFA in design, and currently serves on the board of Association Typographique Internationale. 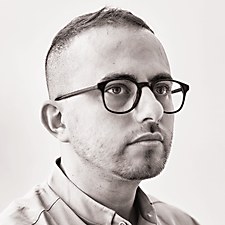 Wael Morcos is a graphic designer and type designer from Beirut, Lebanon, and a partner at the Brooklyn, New York–based design studio Morcos Key. Upon receiving his BA in graphic design from Notre Dame University in Lebanon, Morcos spent three years developing identities and Arabic-Latin bilingual typefaces, in addition to working in print and exhibition design. Morcos received his MFA from the Rhode Island School of Design in 2013, before cofounding Morcos Key. Morcos has been featured in Print magazine’s 15 under 30, and was named a Young Gun by the Art Directors Club and an Ascender by the Type Directors Club. 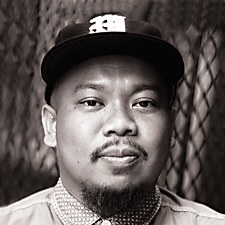 Milton Un is design director at Minneapolis, Minnesota–based Carmichael Lynch, where he oversees design projects for clients including Caribou Coffee, the Minnesota Twins and Subaru. Most recently, his work with the Minnesota Twins was awarded in multiple categories at the 2020 One Show. Un’s extensive background spans design, art direction and illustration, and he has worked on award-winning campaigns for top brands such as adidas, Apple, ESPN, Nike and Red Bull. Before joining Carmichael Lynch, Un headed design at Minneapolis-based agencies including Fallon, MONO and Olson. He previously served as design director at Target Corporation. 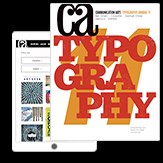