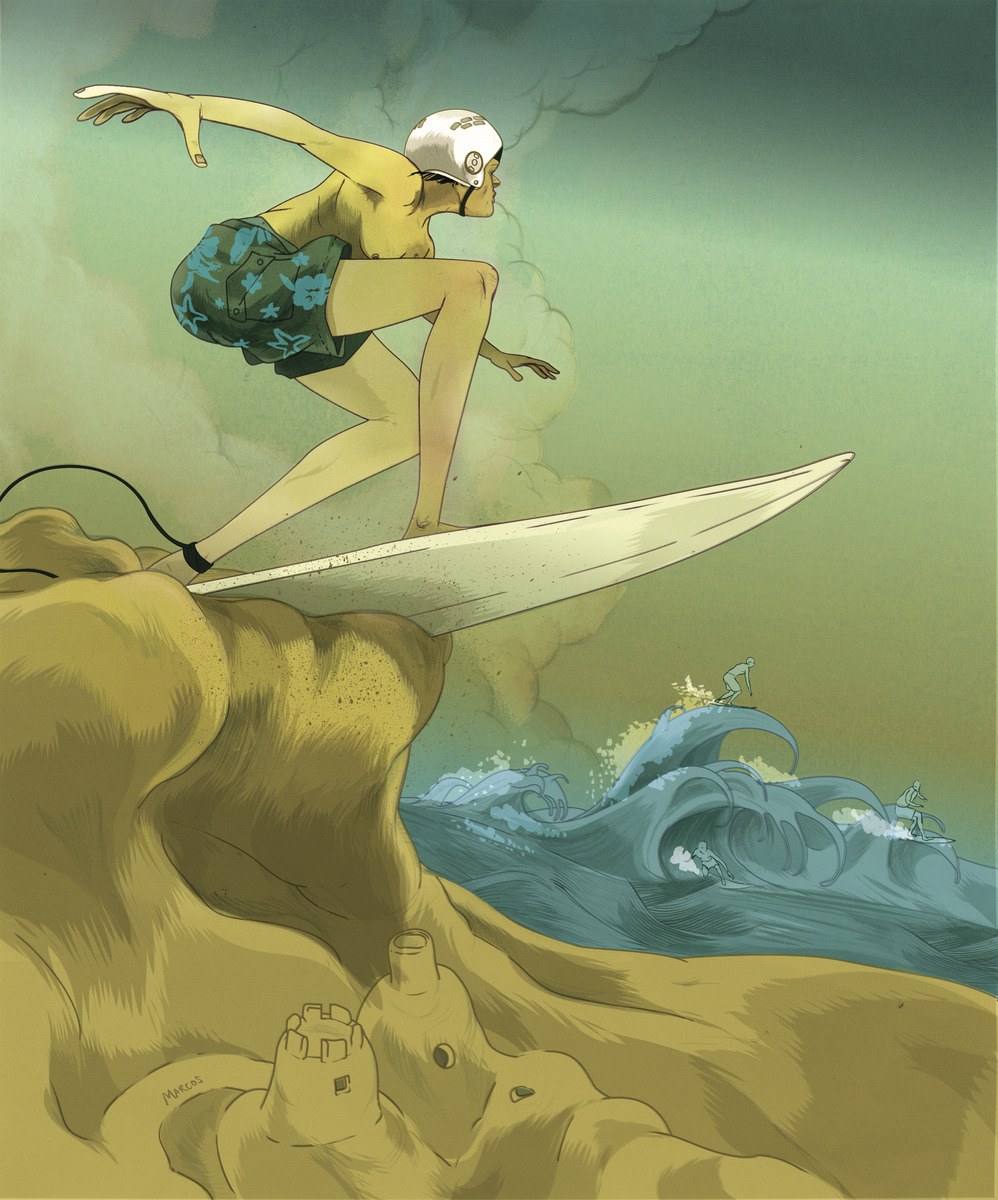 “For an article about surfing in the New York Times’ sports-centric quarterly Play Magazine. It was tricky to draw the sand in a way that alludes to water and waves. Initially, I visualized the sand and water as separate elements, so when I drew them, they appeared disconnected. After some trial and error, I realized that I needed to view these components as being made of the same ‘stuff.’ When I redrew the water and sand, I drew them
as one entire component, then changed the colors of each of them and added some details to make one environment look more like water and the other like sand.” 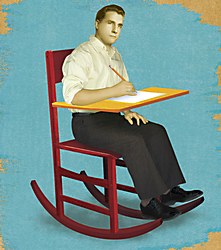 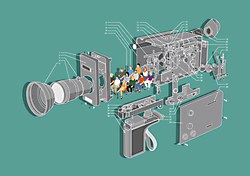 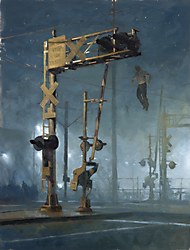 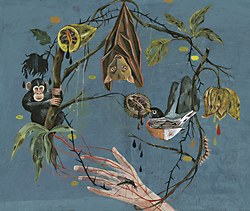 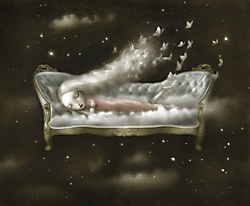 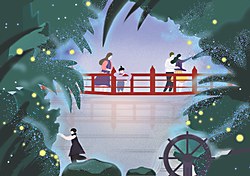 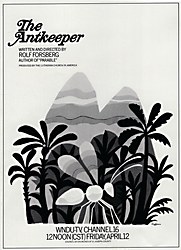 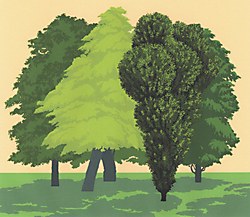 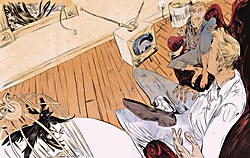 Cowboy with gun and white face... 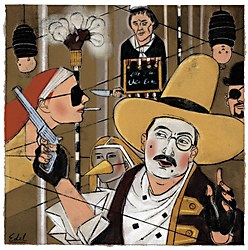 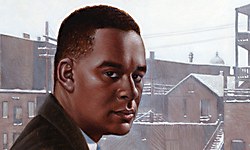 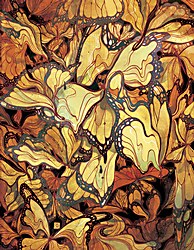 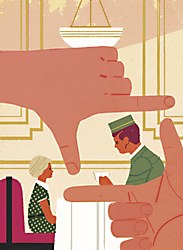 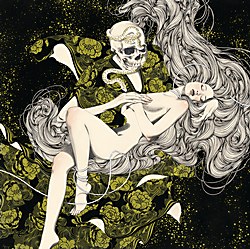 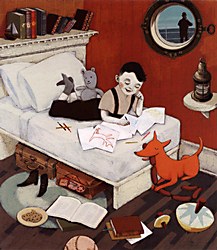 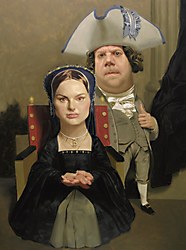 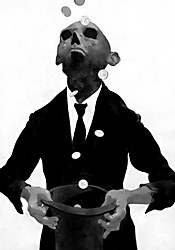