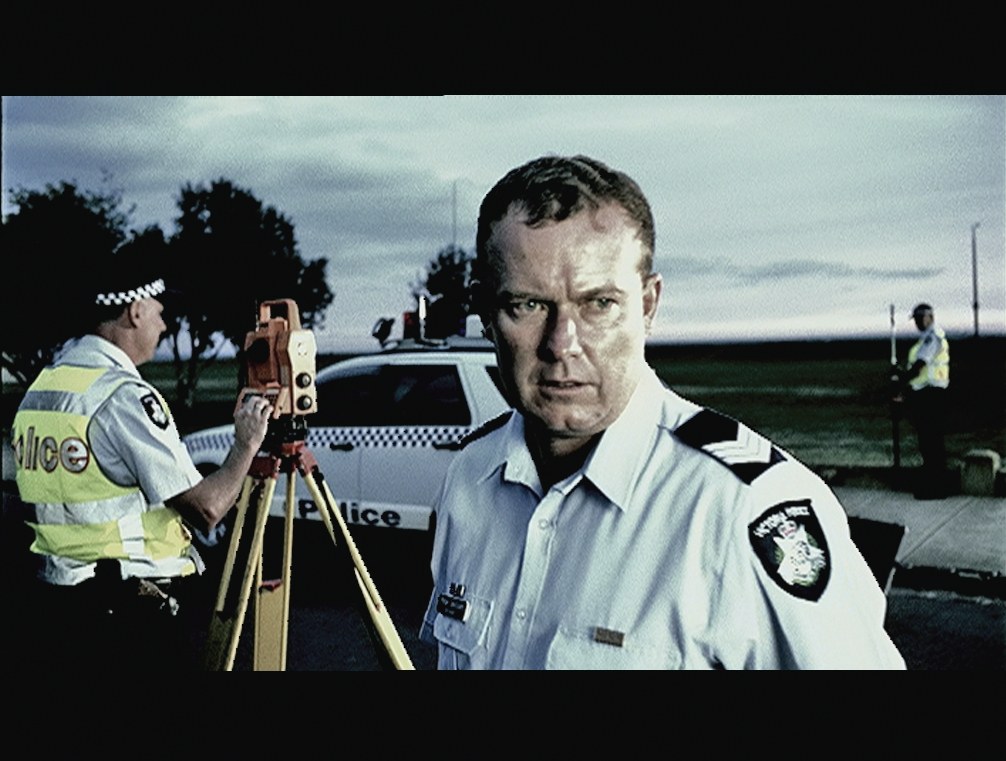 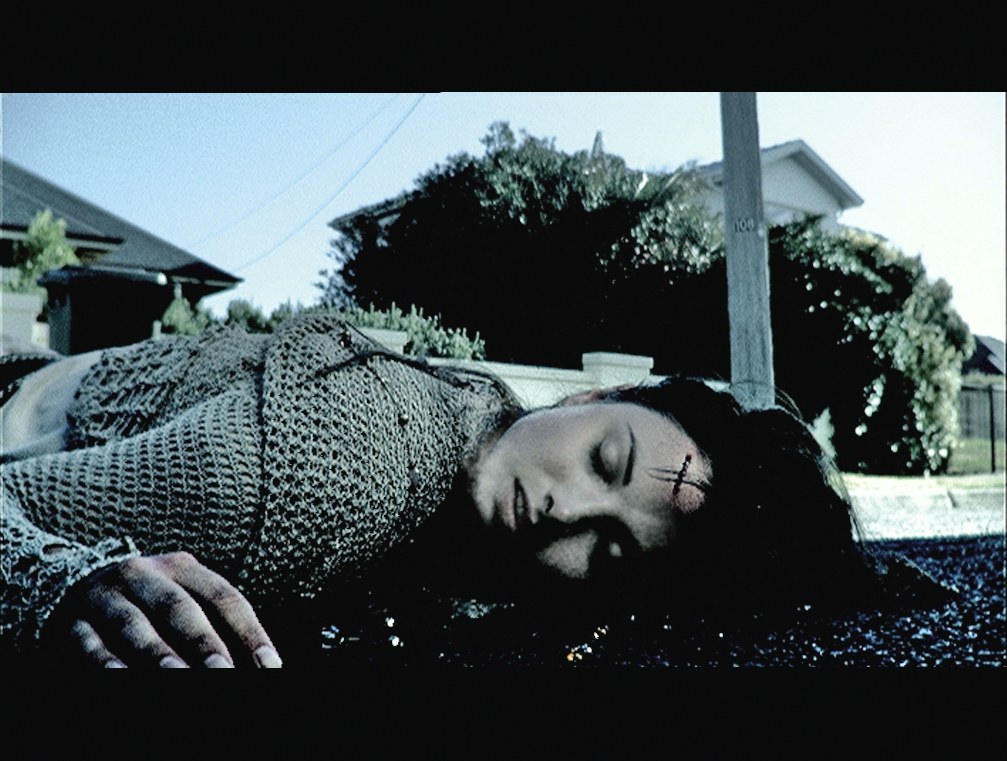 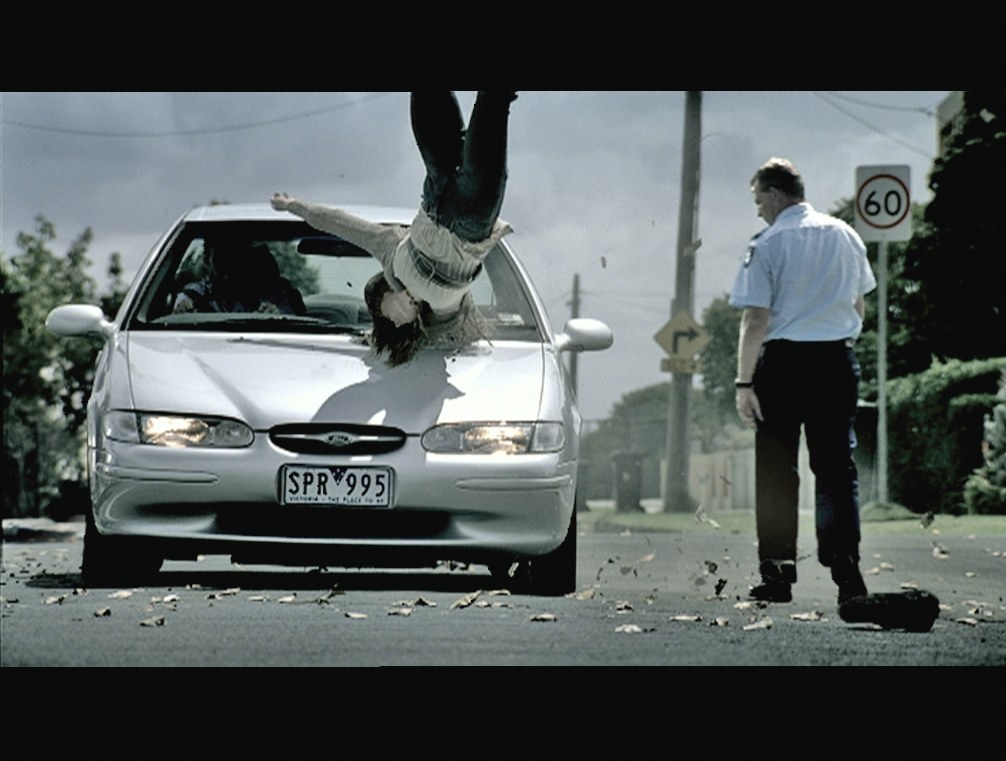 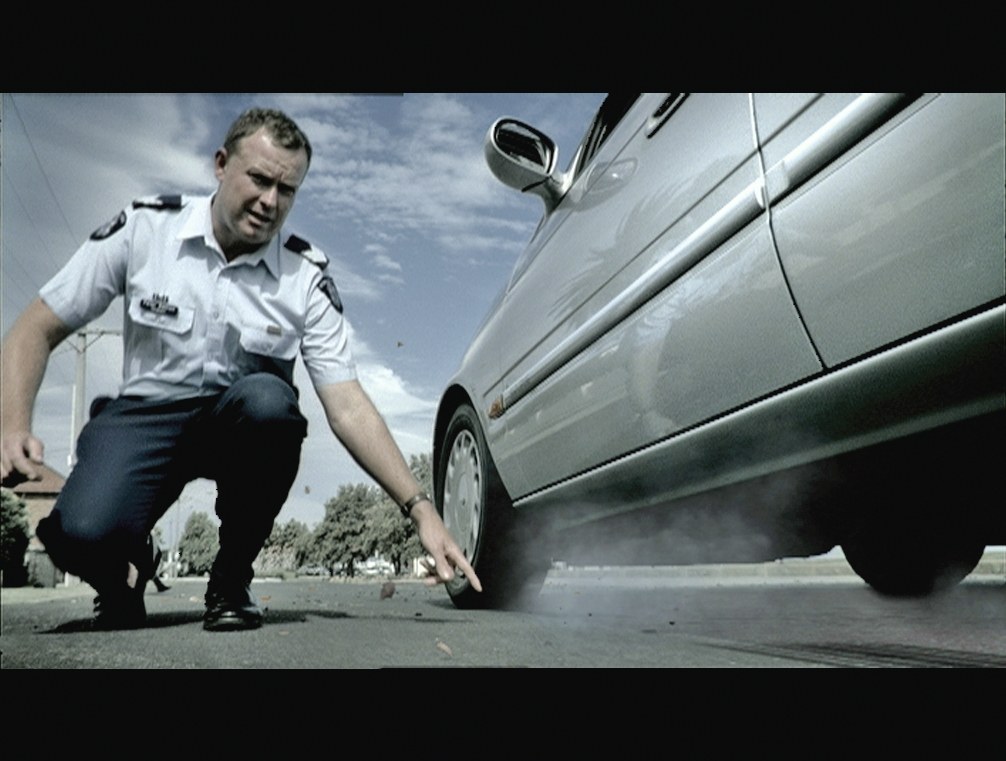 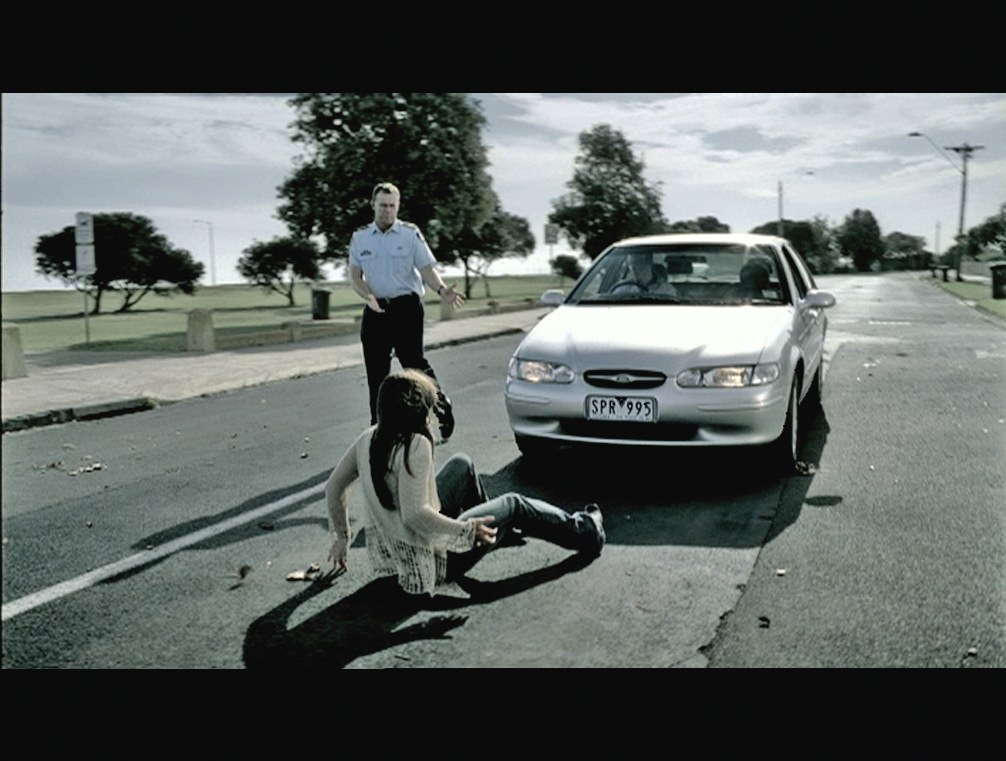 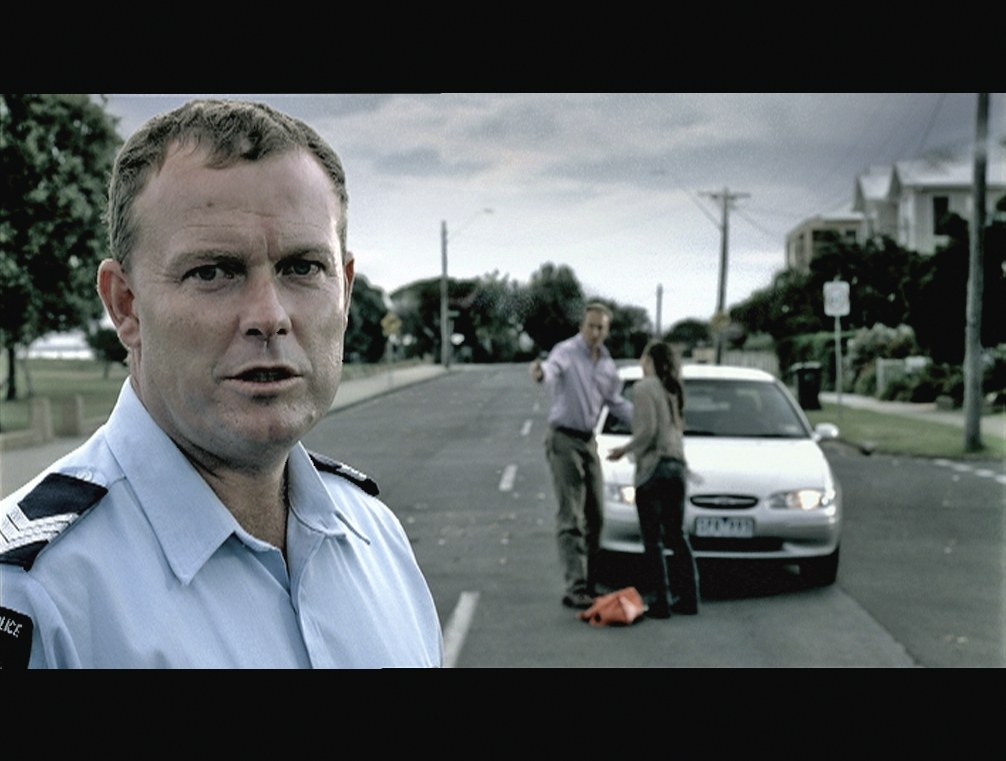 Reconstruction :60 (Sgt Peter Bellion of the Major Collision Investigation Unit is investigating a crash that took place earlier. A woman lies in the road) Peter Bellion: Our job is to reconstruct serious crashes and get evidence that may be used in court. (In reverse, and extreme slow motion, the woman rises from the road and is hit by the car) Peter Bellion: Now this young woman landed here with serious head injuries, following the huge force that threw her over six meters from the impact there. (Walking by the car, he points out what happened) Peter Bellion: We can work out that she was hit at 32 kilometers an hour by analyzing the car and these tire marks. So he started braking here and first saw her when he was traveling at 65. (He stands by the car that is now frozen. The speedometer changes from 65 km/h to 60) Peter Bellion: But let's change one small thing. (He retraces his steps. The car is now moving forward in slow motion, and at only 60 km/h) Peter Bellion: Now he's doing 60 when he sees her. (He shows us where the driver starts braking) Peter Bellion: He reacts, then starts braking here. (The car still hits the woman, but gently. She gets up and dusts herself off) Peter Bellion: And this time he hits her at only five kilometers an hour. She'd just have a bruised leg. (The car and woman dissolve) Peter Bellion: And we'd never have been called to this incident. The difference is just 5 Ks. Title: Wipe off 5. Transport Accident Commission logo 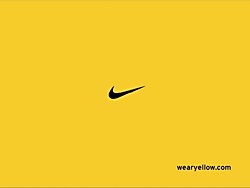 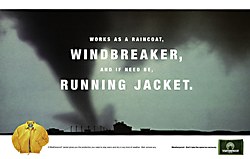 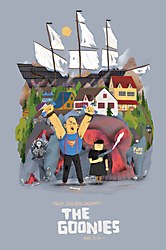 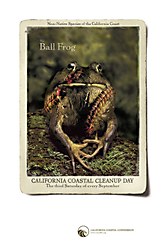 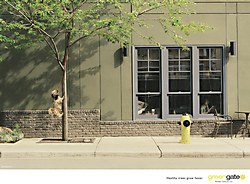 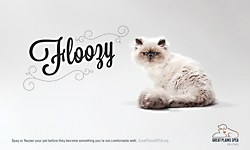 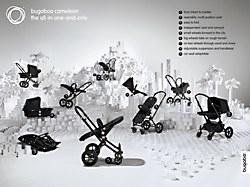 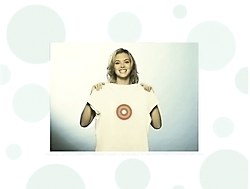 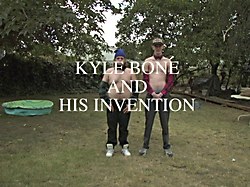 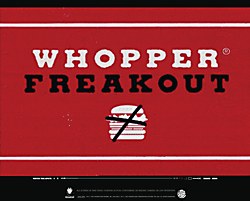 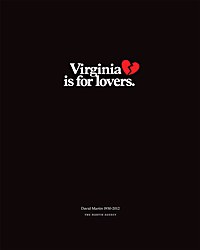 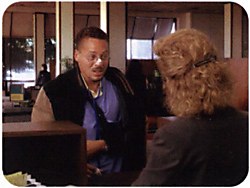 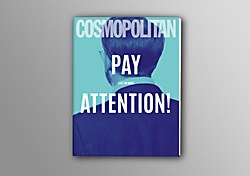 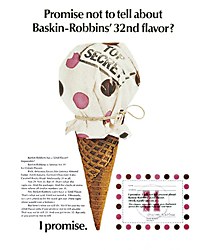