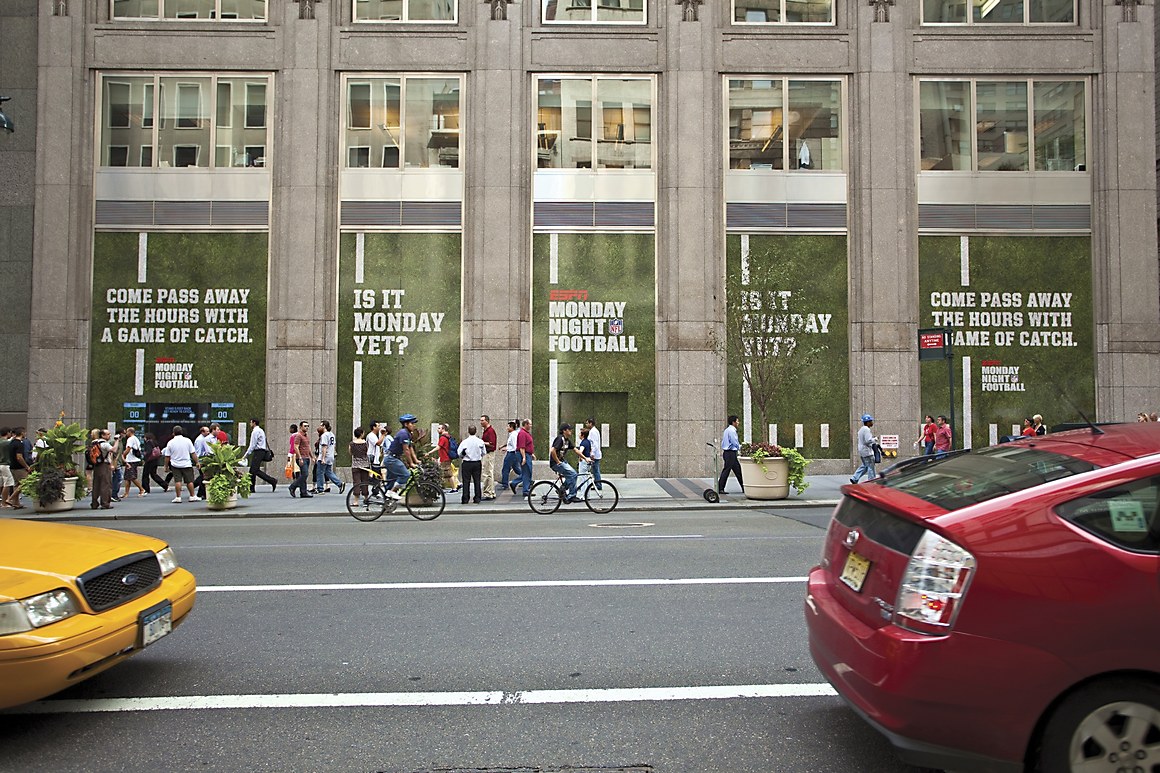 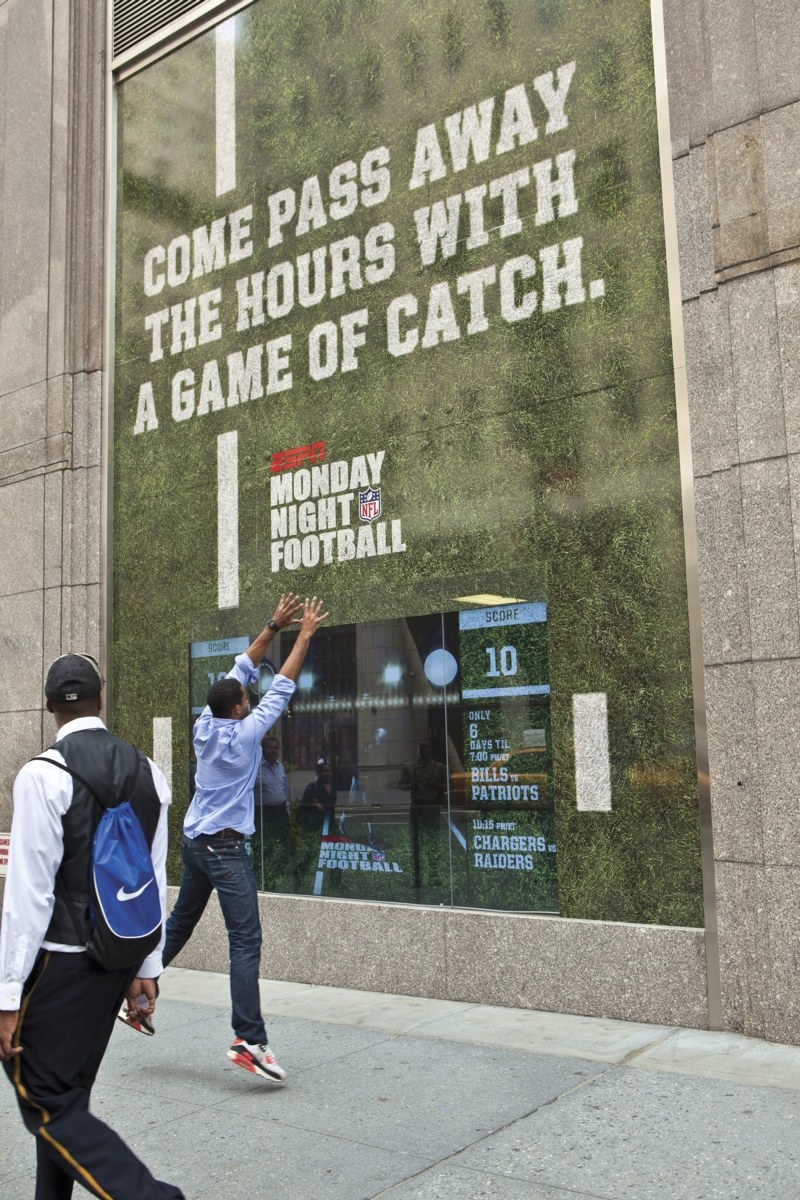 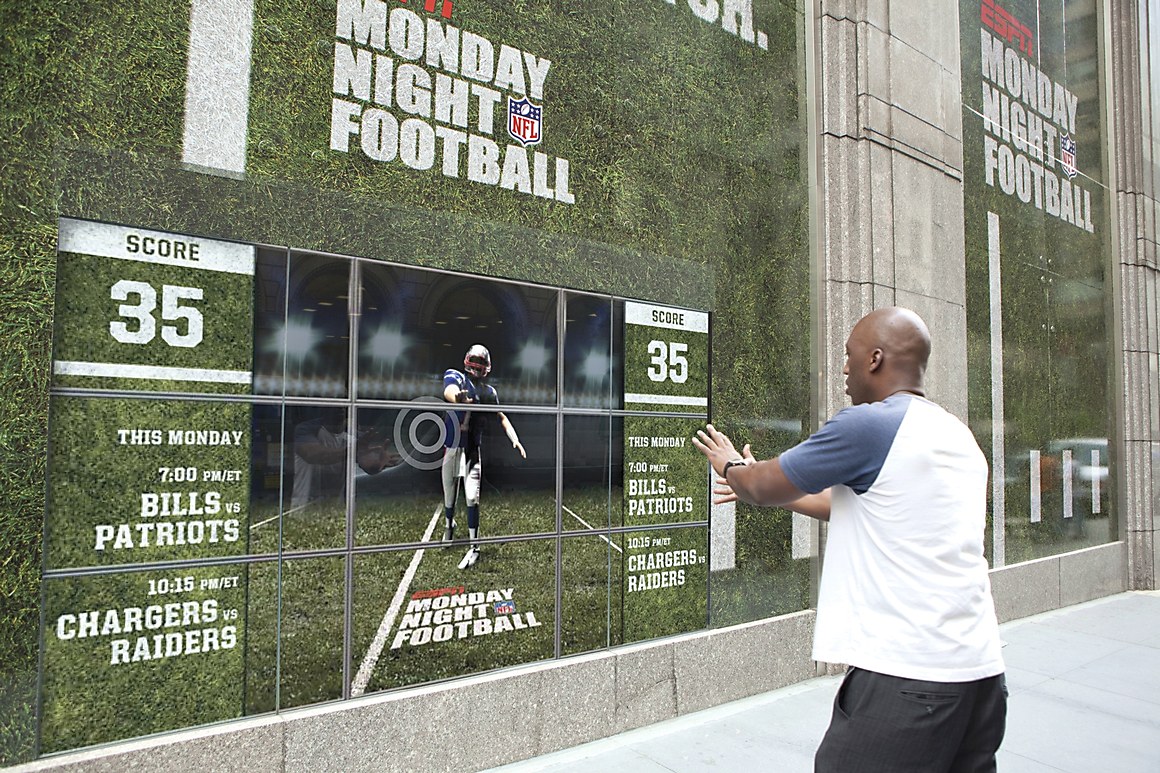 The 'Is It Monday Yet?' campaign for Monday Night Football on ESPN was about finding entertaining and unexpected ways to remind football fans about the upcoming Monday night match-up. Storefronts in New York, Chicago and Boston were outfitted with interactive touch screens utilizing gesture recognition technology, so passersby could stand in front of the store window and try to catch consecutive footballs 'thrown' at them by a virtual quarterback. To encourage game play, yardage markers on the screen tracked people walking along the sidewalk with real-time call-outs hinting at their coordination and reflexes, and users could compete for the top slot on the national leader board. QBs could be selected from Monday night matchups and would then appear in a 3-D stadium to fire off increasingly difficult passes to randomly different regions of the screen. Audio commentary by ESPN talent narrated the users' performance until they missed a catch, which would then 'shatter' the window and end the game. An RSS feed provided the game with live tune-in information. 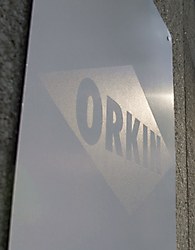 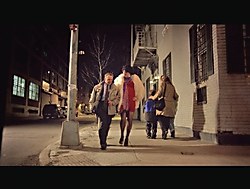 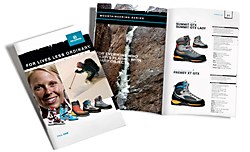 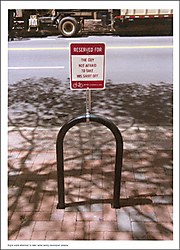 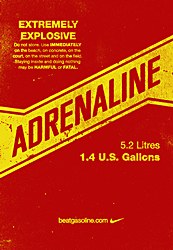 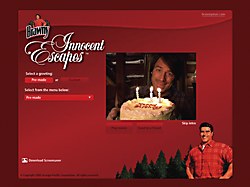 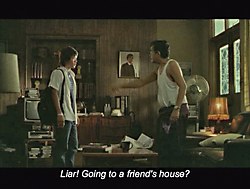 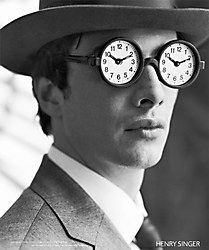 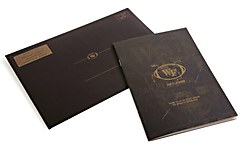 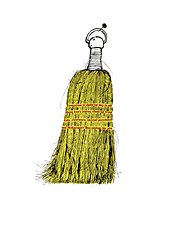 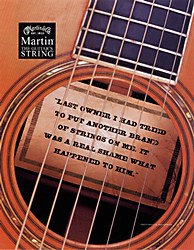 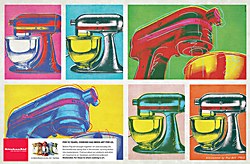 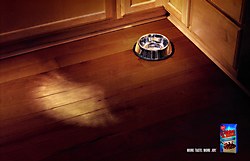 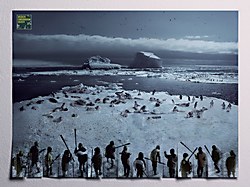