“The Long Wait” :90 (Open on a house somewhere in the UK. It’s early morning. A boy, about seven, is at home in his pajamas, waiting for Christmas day to arrive. He jumps out of bed to stare intently at an advent calendar. He counts the remaining closed windows on the calendar. He has the whole of December to wait. Cut to another room. The boy throws a ball against the floor so it bounces up and hits the opposite wall before returning back to him. He repeats this over and over, passing the time. Cut to his little sister sitting quietly at the kitchen table. Pan to the other side of the table where the boy sits, drumming his fingers on the table as he gazes impatiently out of the window. Cut to a home study. Our boy is sitting on swivel chair. He gazes at a clock on the sideboard. He then starts to spin around in the chair several times before stopping. He stares back at the clock hoping that time will have passed. The hands have barely moved. He lets out a deep sigh. Next the boy is in bed at night. He tosses and turns, obviously too excited to sleep. Cut to the boy looking out of a window with his dad and a Christmas tree behind him. Cut to the dining room. The boy is holding a magic wand from a magic set. He waves it theatrically in front of a clock, and says made-up magic words. His spell doesn’t work on the clock. Cut with the pendulum of the clock to the boy on a swing in his back garden. He swings back and forth. Time passes and snow appears. Cut to Christmas Eve. The boy and his parents are having their tea at the table. The boy is eating extra quickly. As soon as he’s cleared his plate he rushes out of the kitchen. He runs through the hall, then up the stairs to his bedroom, desperate to get to sleep. Finally, he wakes up on Christmas morning. The boy looks so excited he can hardly contain himself. He immediately jumps out of bed. At the end of the boy’s bed is a large sack, packed with Christmas gifts, but instead of looking at his gifts, he runs over to the wardrobe, opens up the doors, and takes out a large, rather crudely wrapped present he probably wrapped himself. He walks from his bedroom, across the landing and into his parents’ room. We see them wake up as he walks towards them. He stops and extends his arms to offer them his gift, at last) Super: For gifts you can’t wait to give Super: John Lewis / instore / online / mobile
See the gallery
Related
Smart car outdoor poster 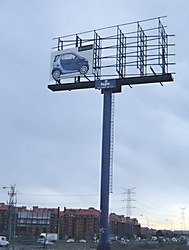 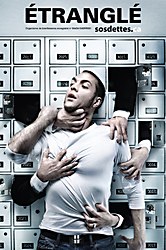 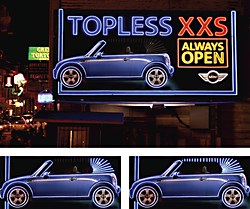 Harley-Davidson "Wind in your Hair" ad 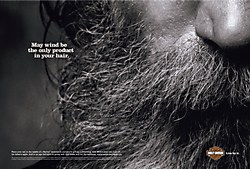 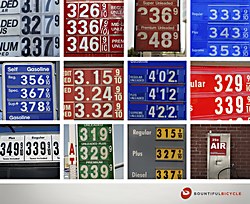 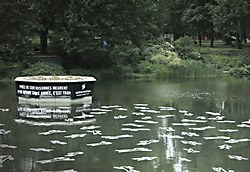 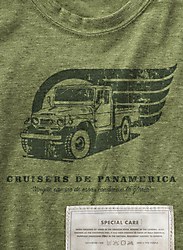 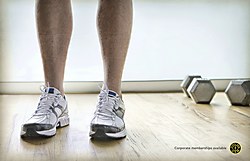 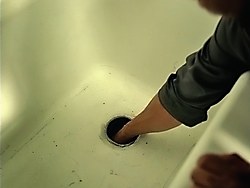 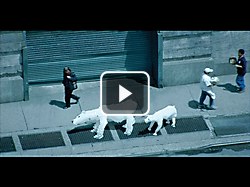