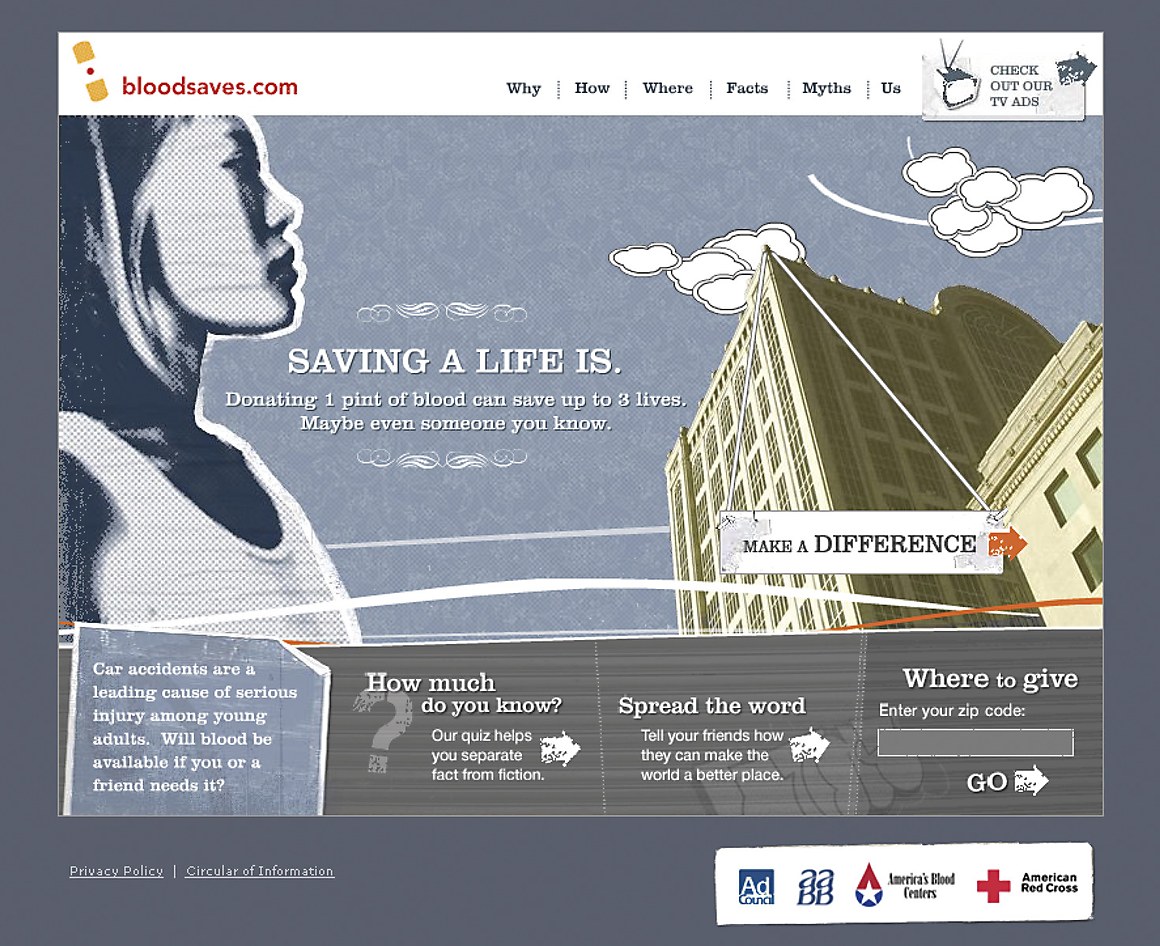 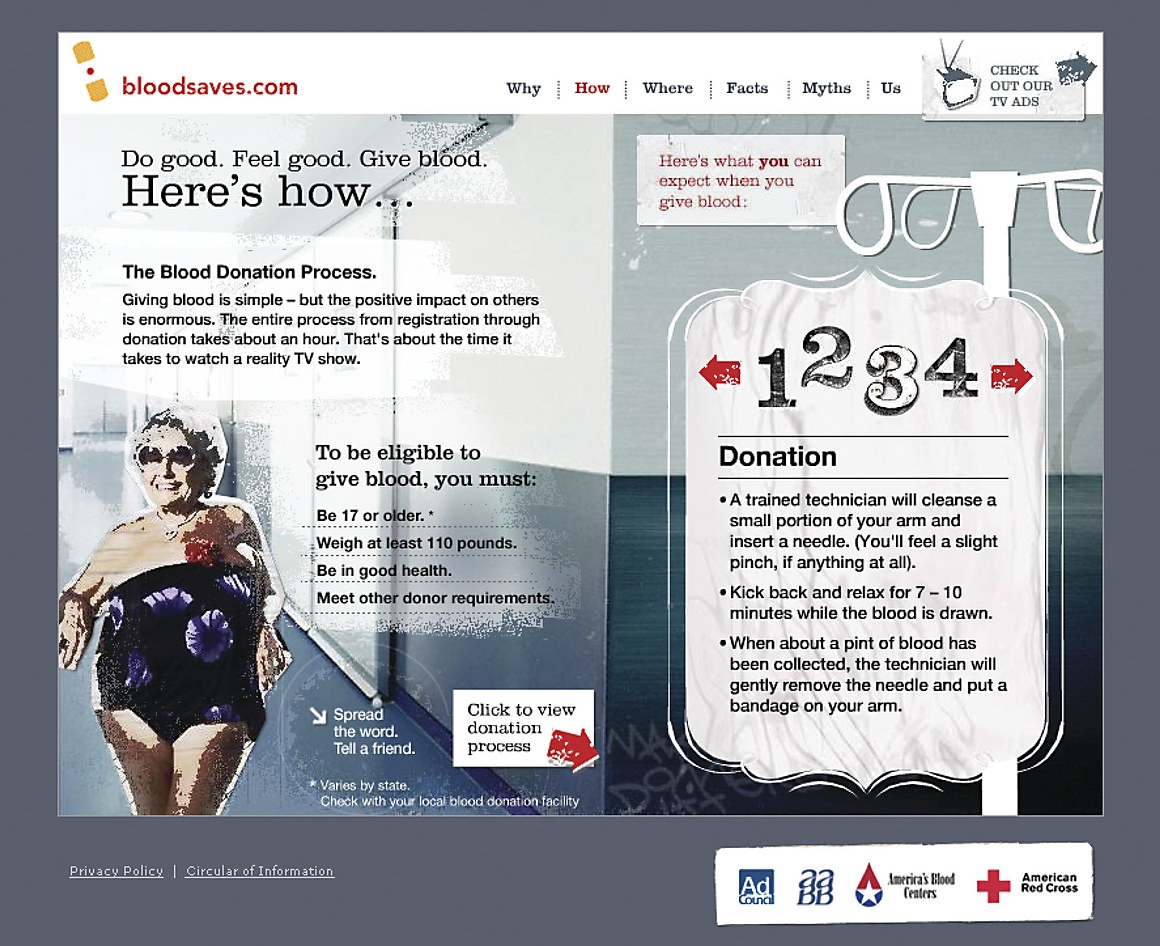 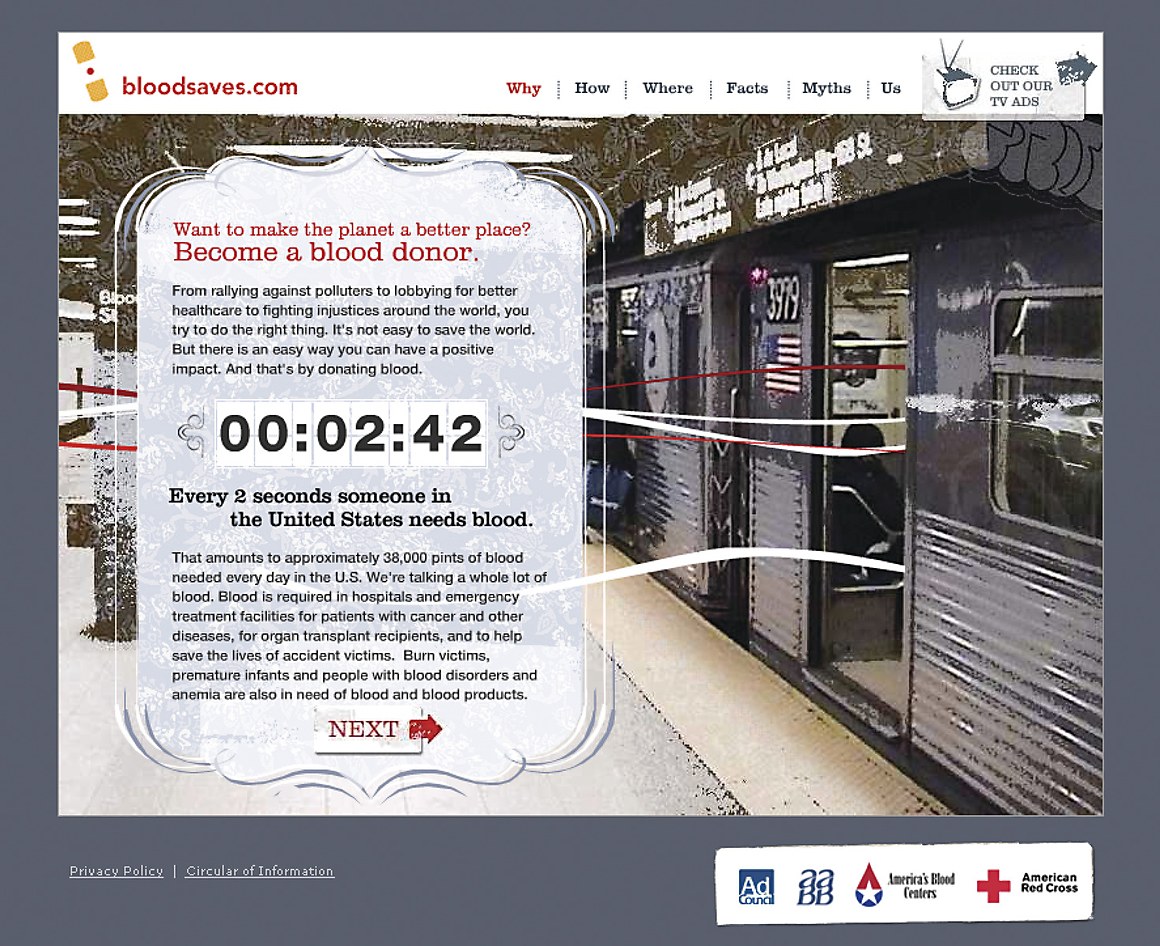 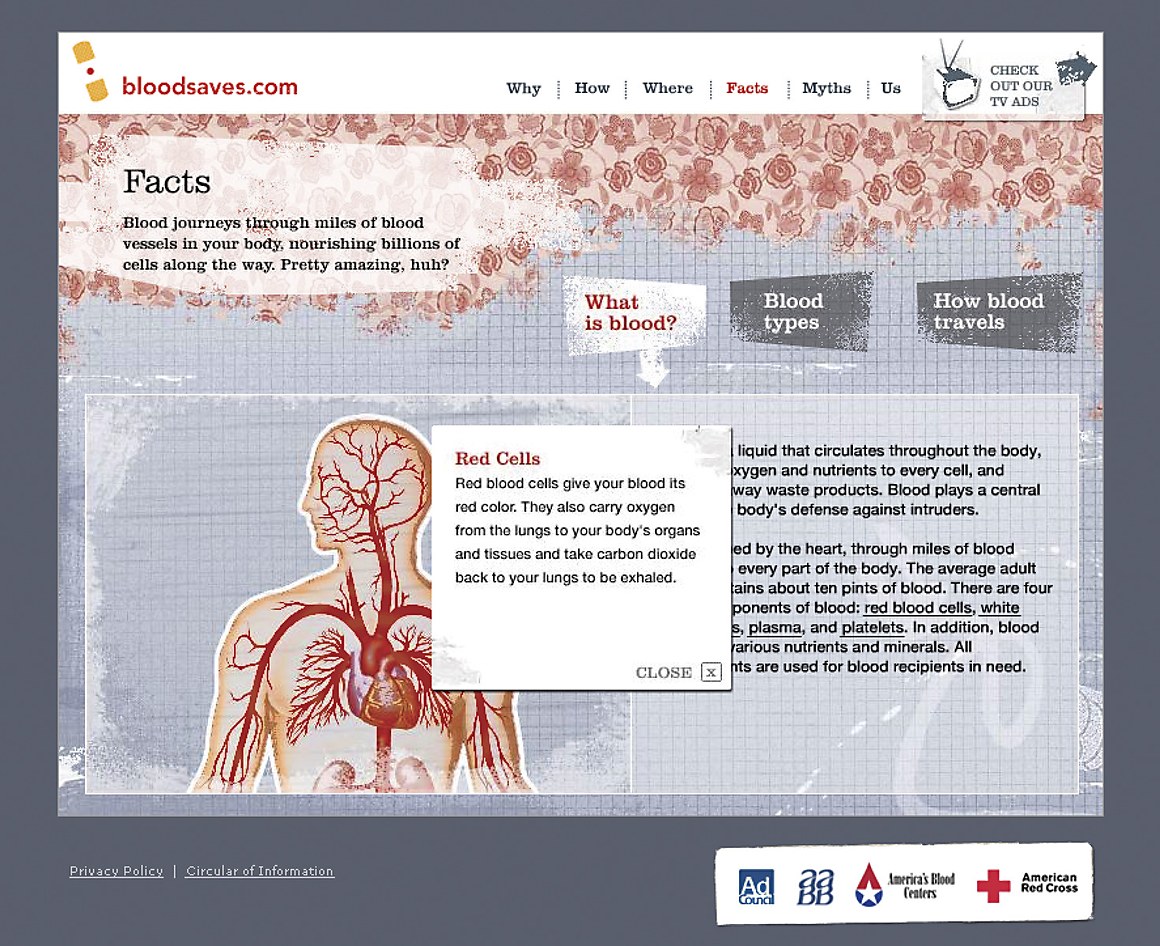 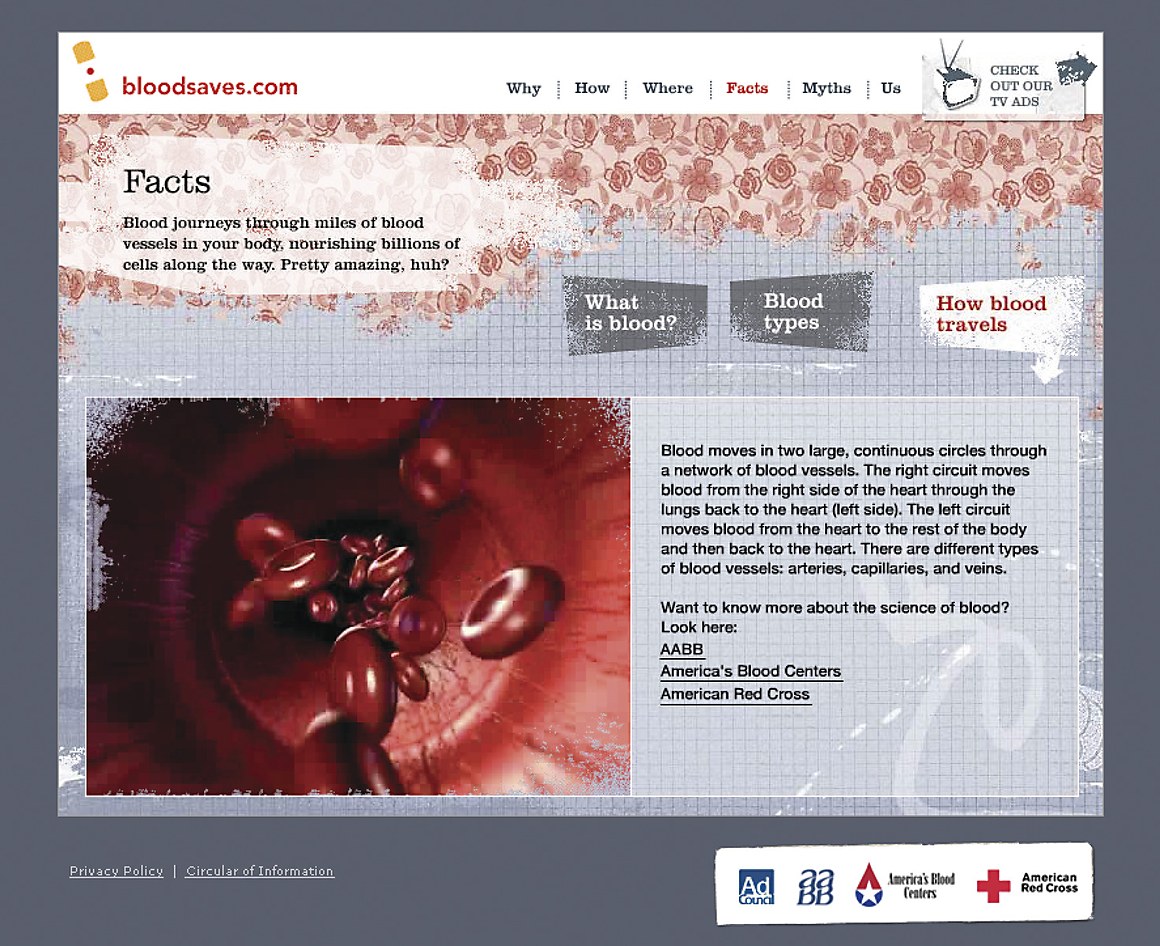 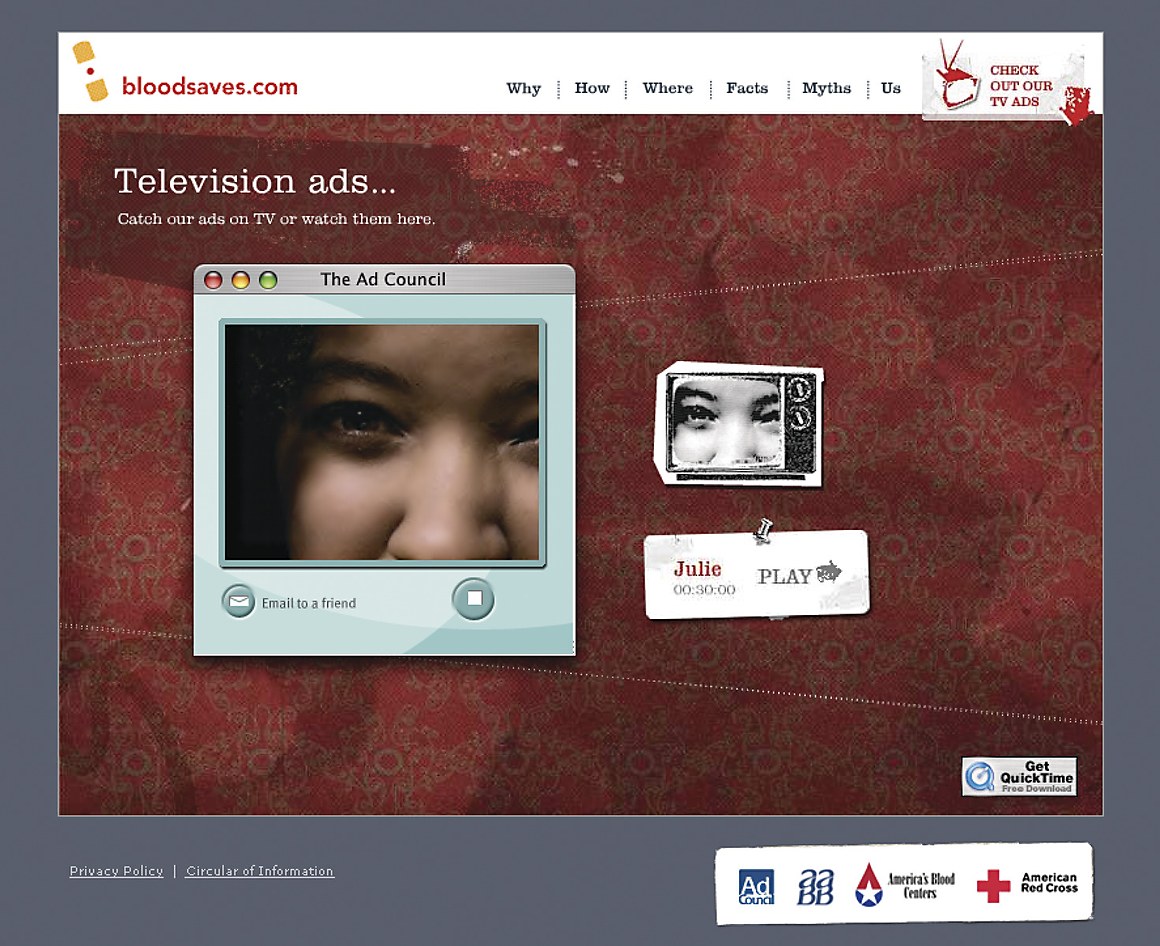 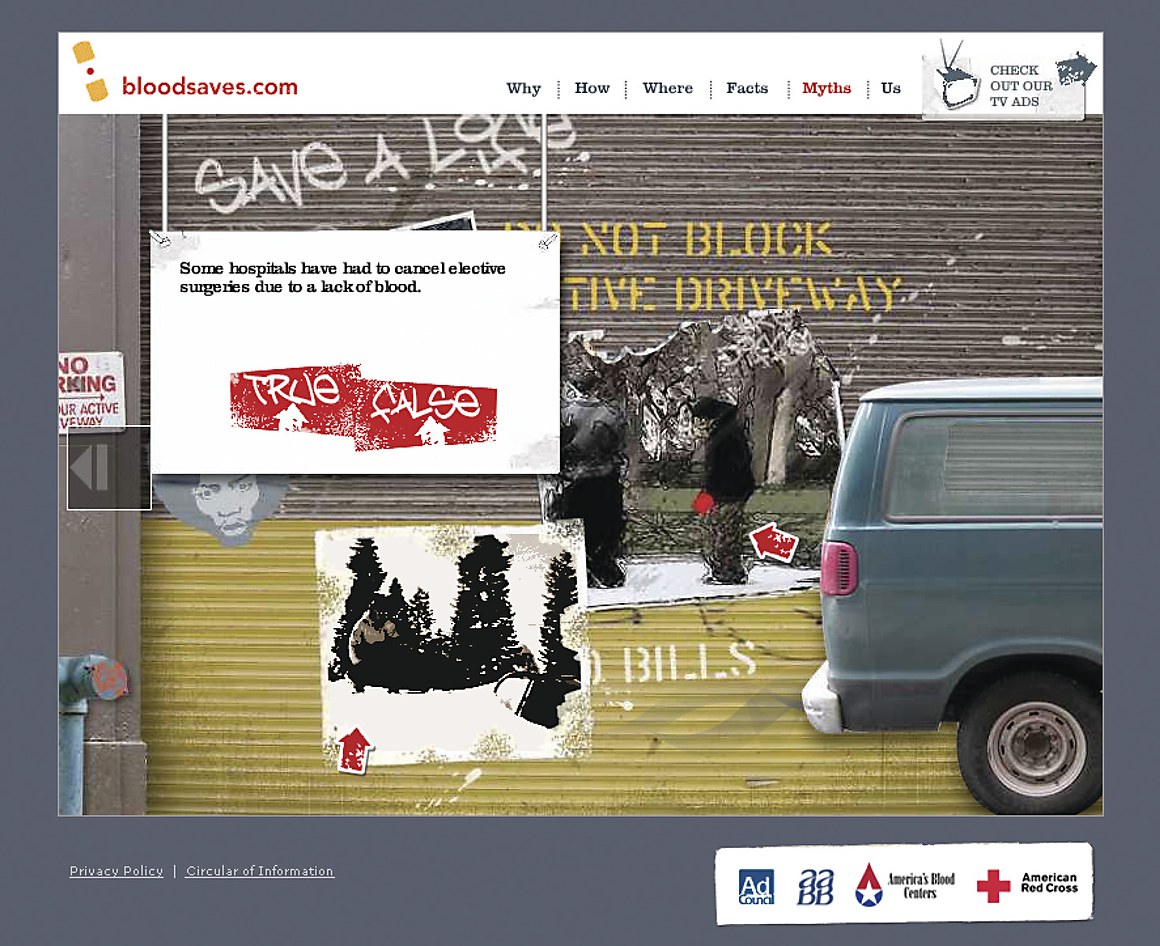 "The site presents valuable information in a fun way to attract the interest of a variety of target audiences." —juror Elena Blanco

"Using a timer to show how often someone requires blood—while you're using the site—is as stark a reminder as I've seen. It's a great example of how interactive media can communicate in ways that others simply cannot." —juror Jeffrey Veen

Overview: Part of a multilevel campaign involving TV, radio, print and outdoor advertising, this site sought to increase blood donorship among young people. Its catchy interfaces talks to (and not down to) its audience, while animated graphics liven up its message.

Comments by Mitch Lemus:
"In addition to being overly consumed with themselves and their friends, 17- to 24-year-olds often feel immortal. So how do you get them to become lifelong blood donors when the issue is not even on their radar? That's the challenge we were up against when the Ad Council asked us to take on this public service campaign.

"When it comes to social issues and fighting injustices around the world, this age group feels voiceless and powerless. This key insight led us to the idea of presenting blood donation as a way that young people can make a difference. From this notion sprang the theme, 'Saving the world isn't easy. Saving a life is.'

"Since protest is a form of self-expression—and so is youth-inspired street art—that's the graphic direction the design team embraced. Images were culled from our own digital photos and videos of New York City and given a gritty, weathered youth-oriented look. They serve as the site's visual backdrop. Built in Flash, the site intentionally presents information in a non-linear way to encourage exploration and maintain interest and copy takes on a youthful tone of two friends talking.

"A couple of other challenges we faced involved meeting the various objectives of the three independent blood donation organizations behind the initiative; having them all buy into our concept; and packaging them under a single branded site.

"For a creative team that's used to shedding blood, sweat and tears for commercial clients, it felt good to create a pro-bono site that encouraged others to shed a little blood of their own." 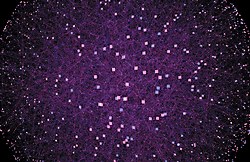 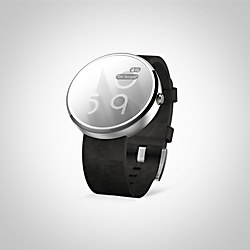 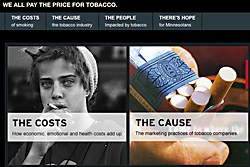 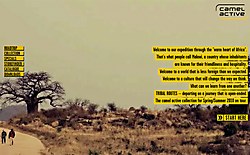 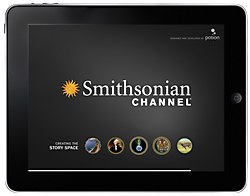 The Adventures of Young Indiana Jones 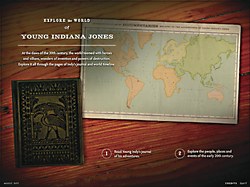 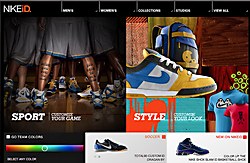 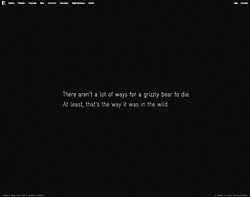 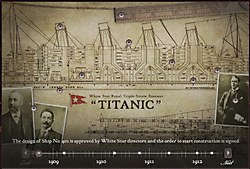 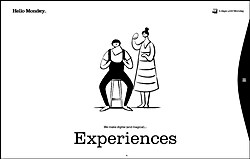 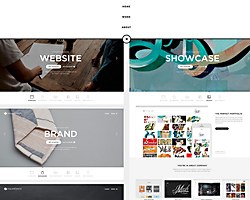 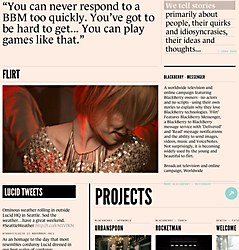