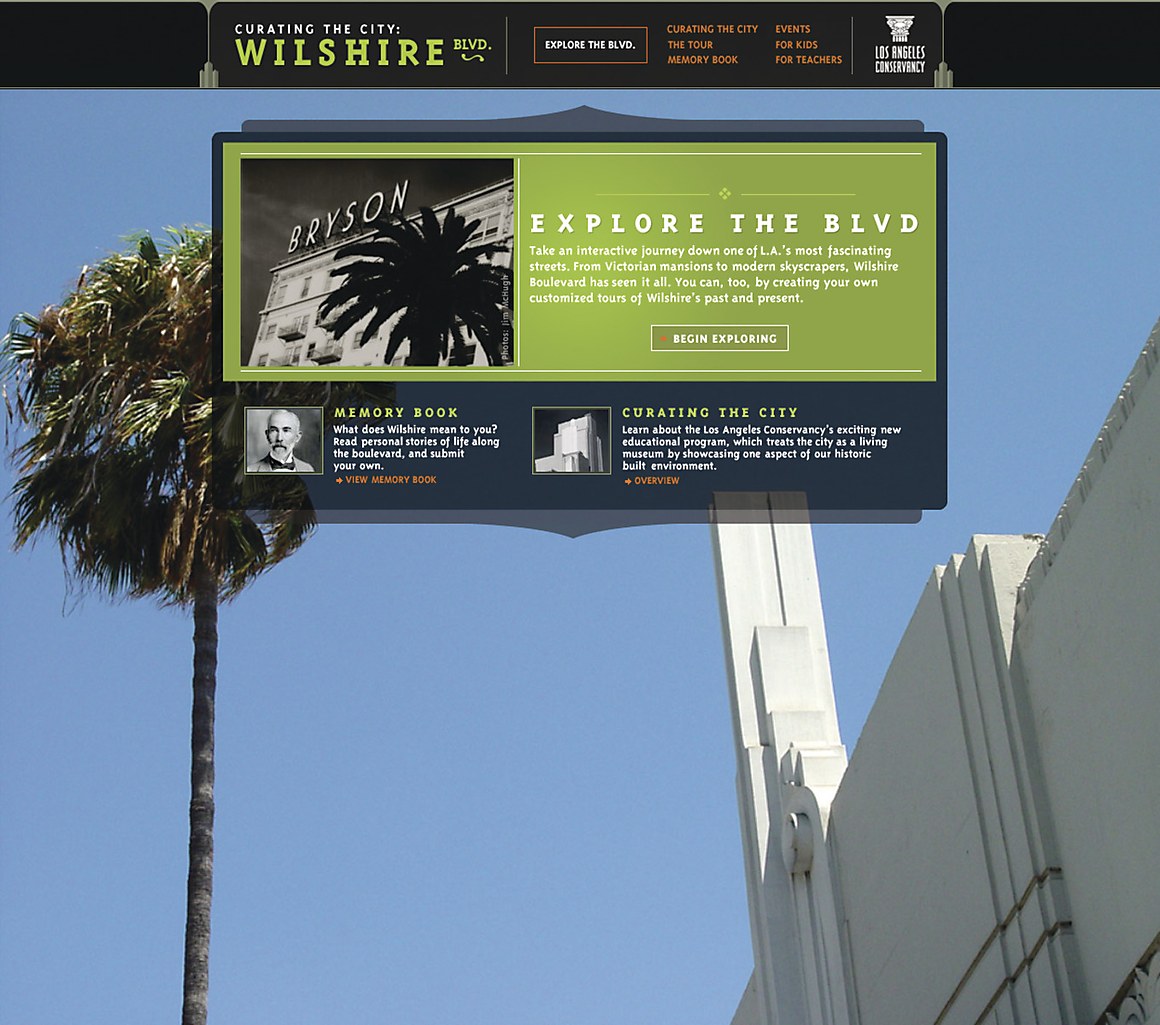 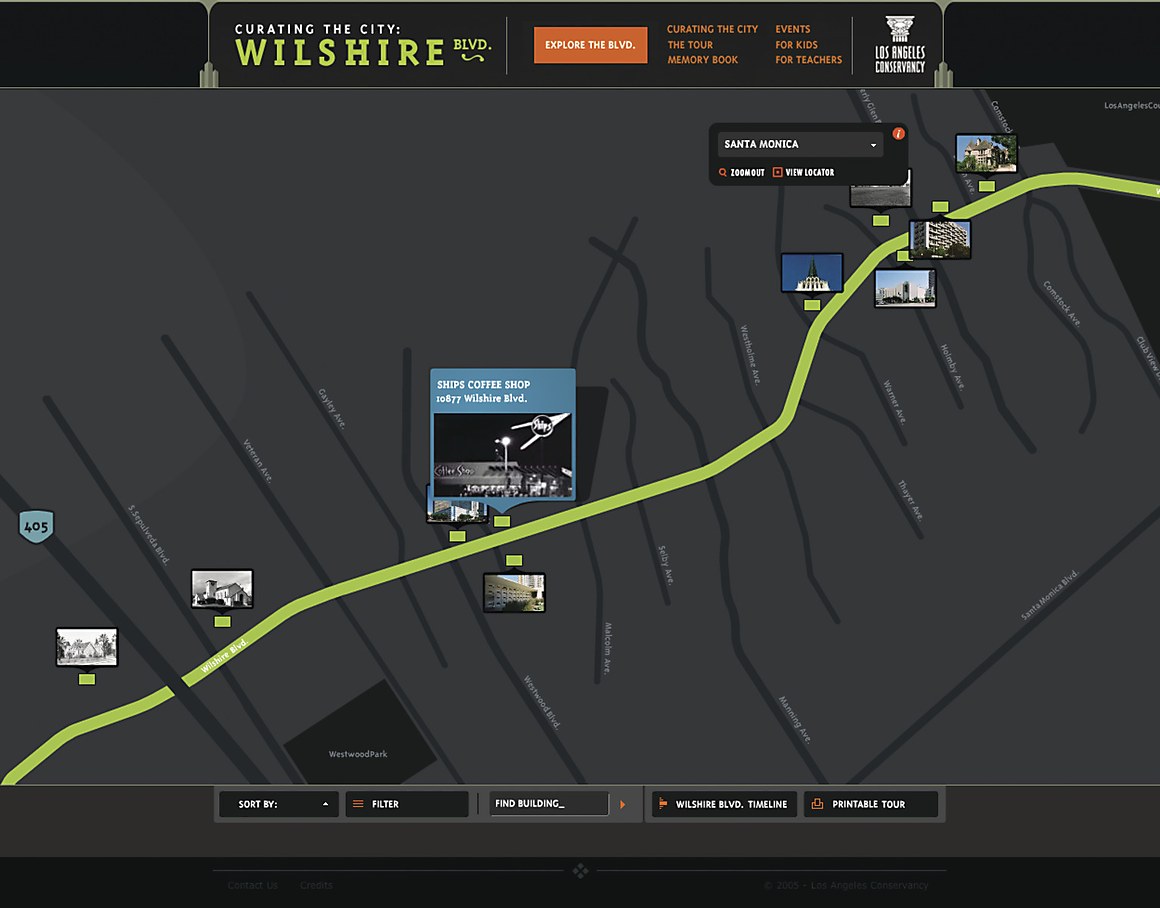 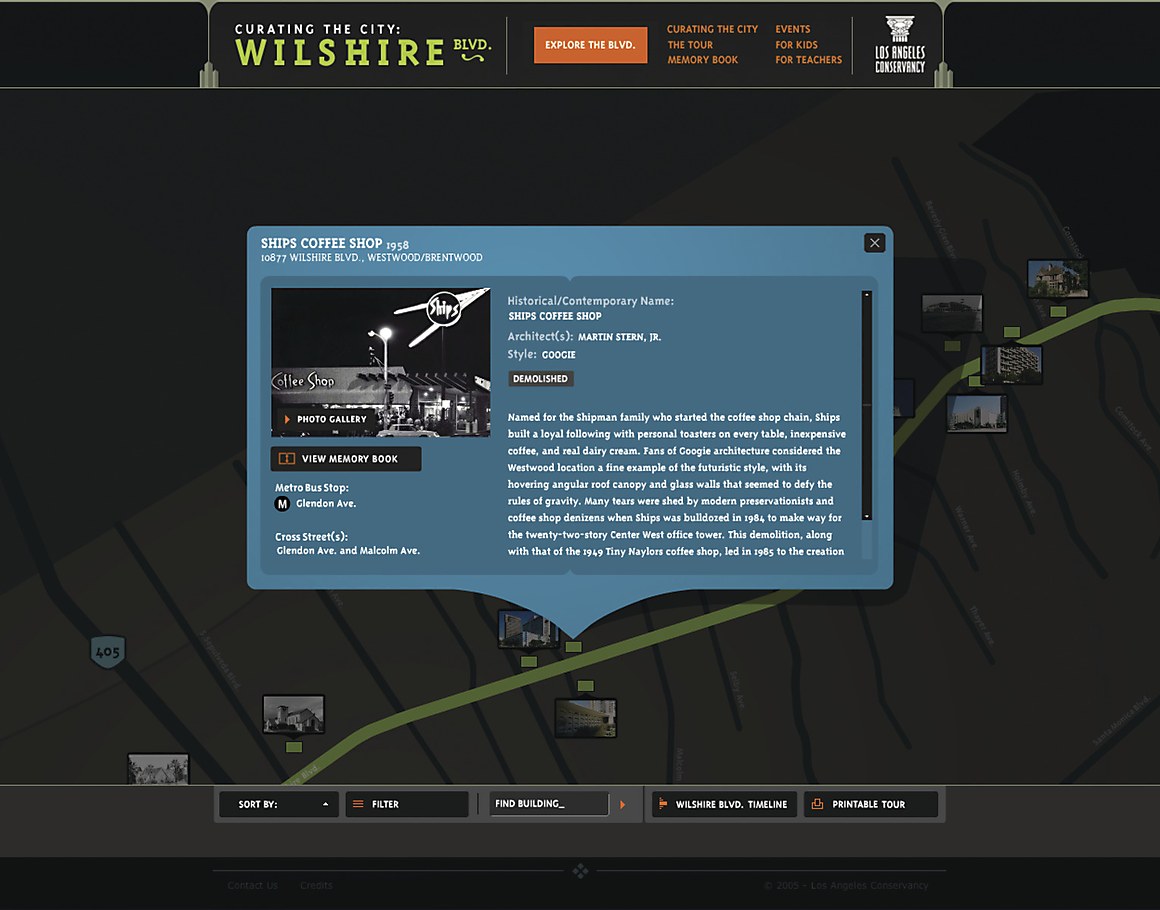 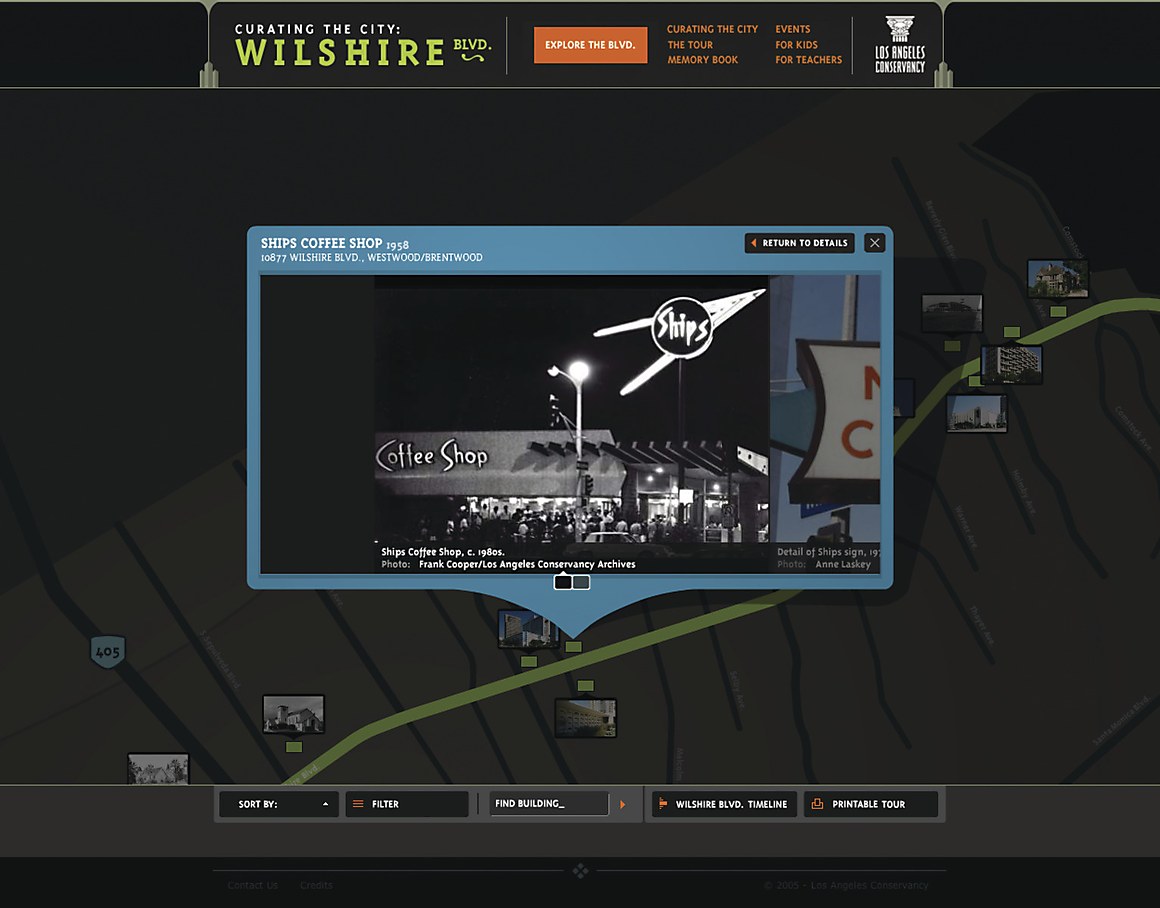 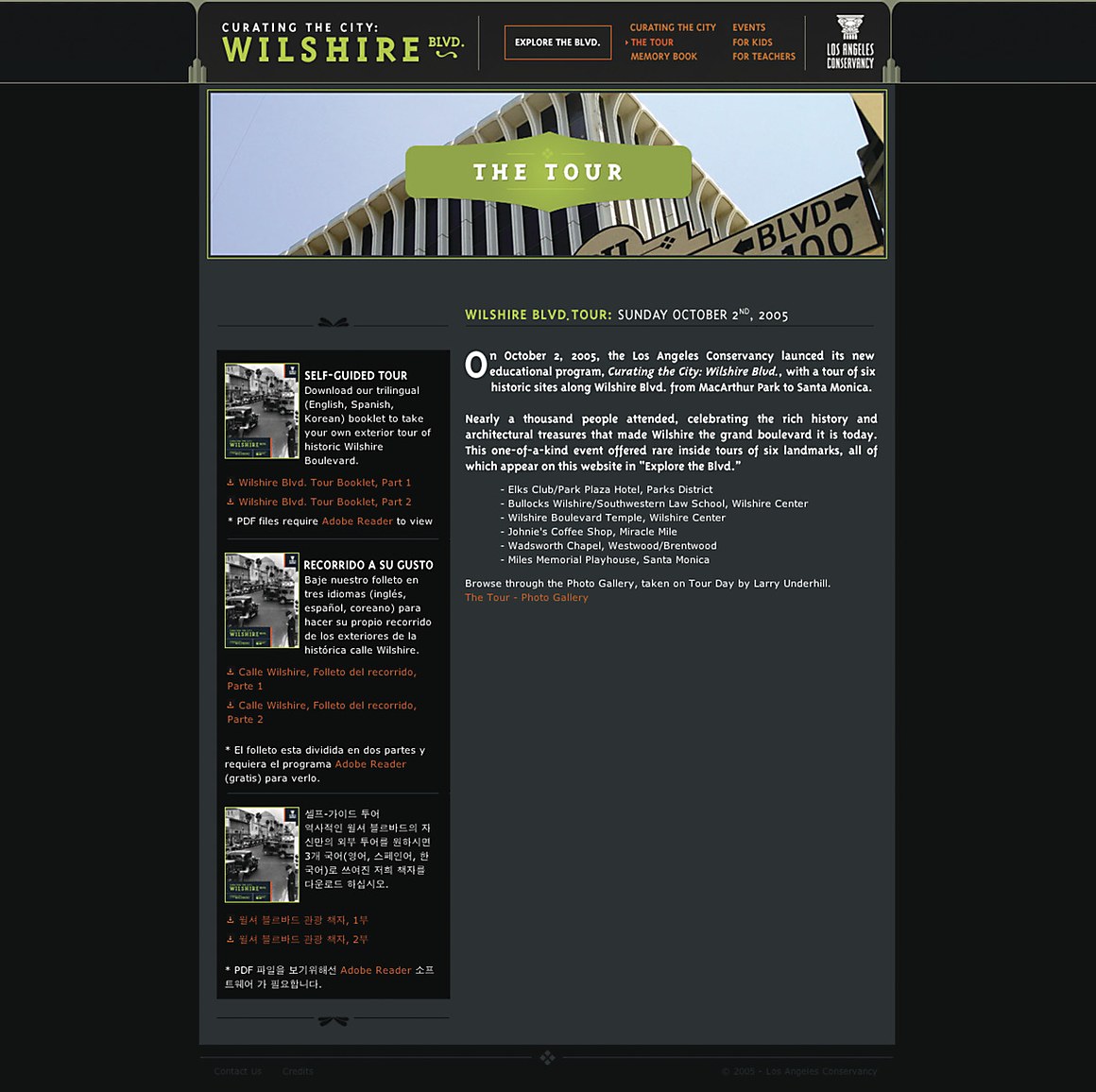 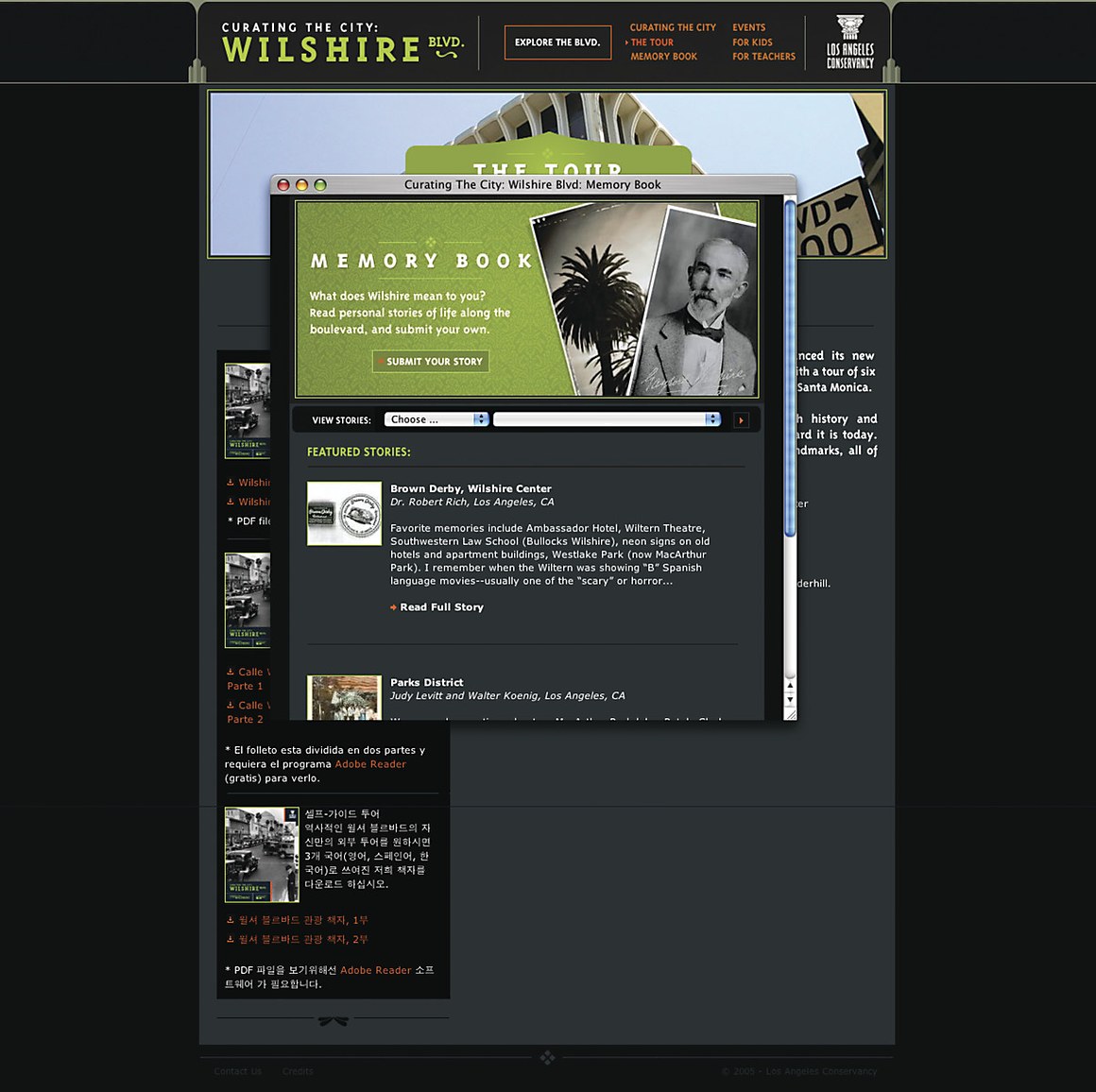 "A nice way to look at this type of content; it was really effective at drawing me in." —juror Todd Purgason

"Well-organized and artfully presented. Through a series of architectural wonders and landmarks, it provides a fantastic exploration of historic Wilshire Boulevard." —juror Paula Willard

Overview: Curating the City is an educational program that treats Los Angeles as a living museum, offering a fresh look at its cultural heritage. As part of that effort, this site provides an interactive tour of Wilshire Boulevard, using its architecture to highlight the history of the city.

Comments by David Lai:
"The biggest visual challenge for the design team was to define a look and feel for Curating The City that would visually represent a street and its buildings. The visual language and the chosen image had to provide the correct balance between historical and contemporary points of view.

"To gather research and inspiration for visuals, the team took a field trip to Wilshire Boulevard. They drove in and out of neighborhoods along the boulevard and photographed details and nuances of each area. This research gave the team the ability to create shapes, colors and typography that ultimately influenced and defined the look and feel of the site and interface. During this exercise the team also recognized that Wilshire was an interesting mix of new and old cultures; the team applied this new and old approach throughout the design process.

"Also during this project was an ongoing conversation about how to represent the buildings along the boulevard. Some buildings have been demolished but bear important historical significance. Should these be shown on the map with existing buildings or in another way? Do we ghost them out somehow to show they no longer exist? What about endangered buildings?

"It was crucial to the Conservancy to call out historical buildings that were in danger of being torn down in order to encourage citizen advocacy. We created a filtering mechanism for visitors to view only demolished and/or endangered buildings. All demolished and endangered buildings are also tagged on the map to call out their special status. Since each building on the map is database-driven the Conservancy can easily update building status and information." 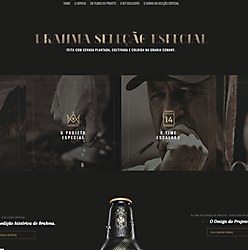 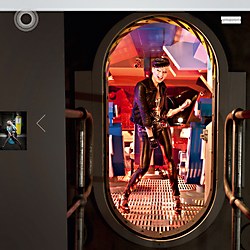 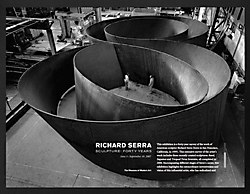 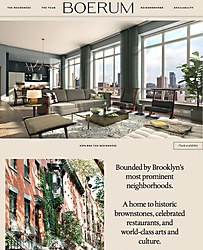 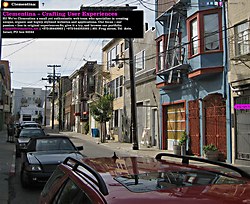 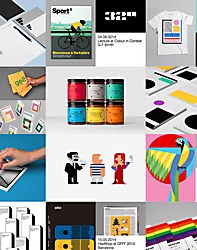 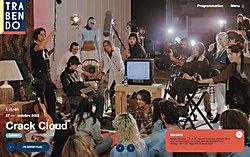 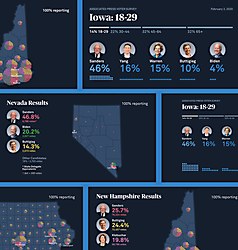 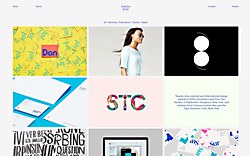 A Spacecraft for All 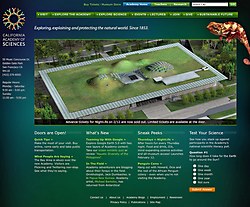 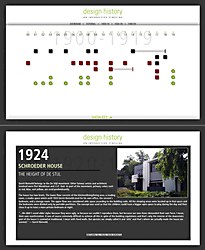 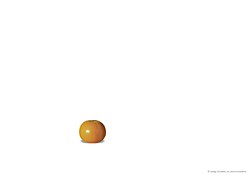