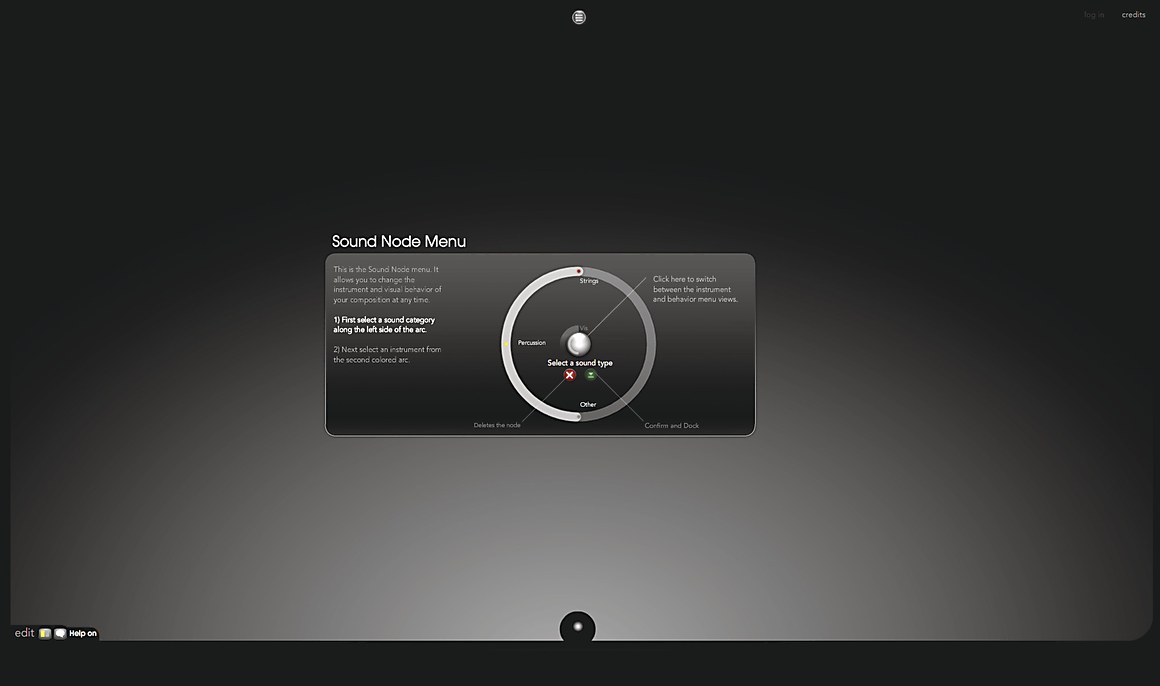 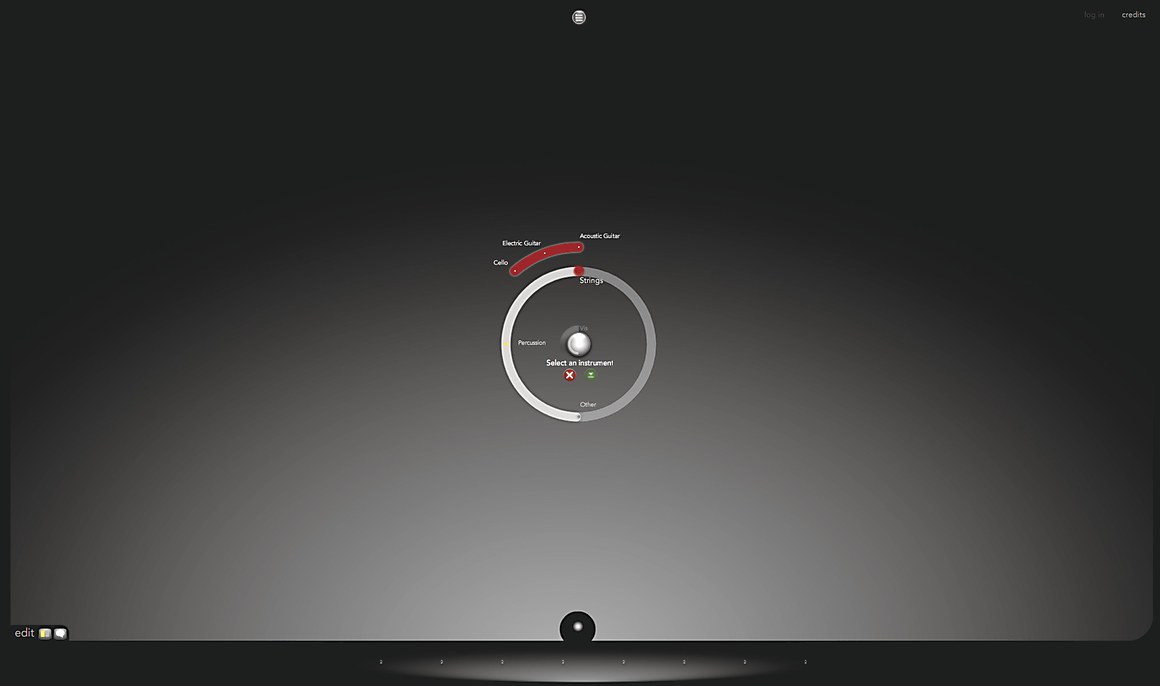 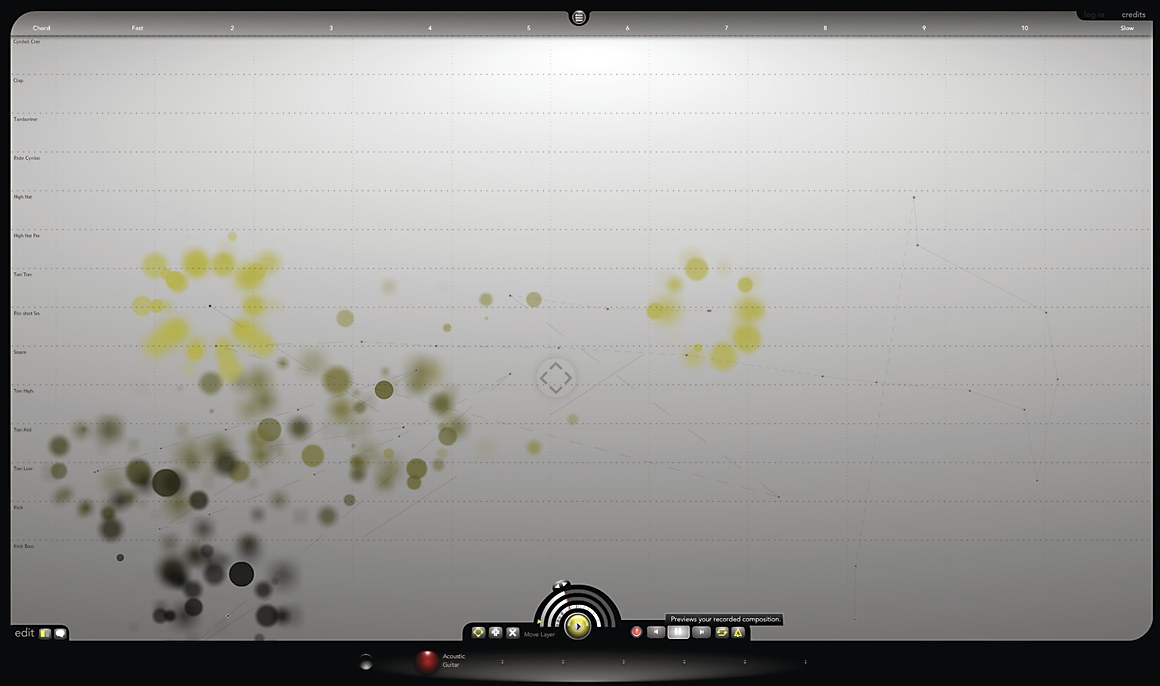 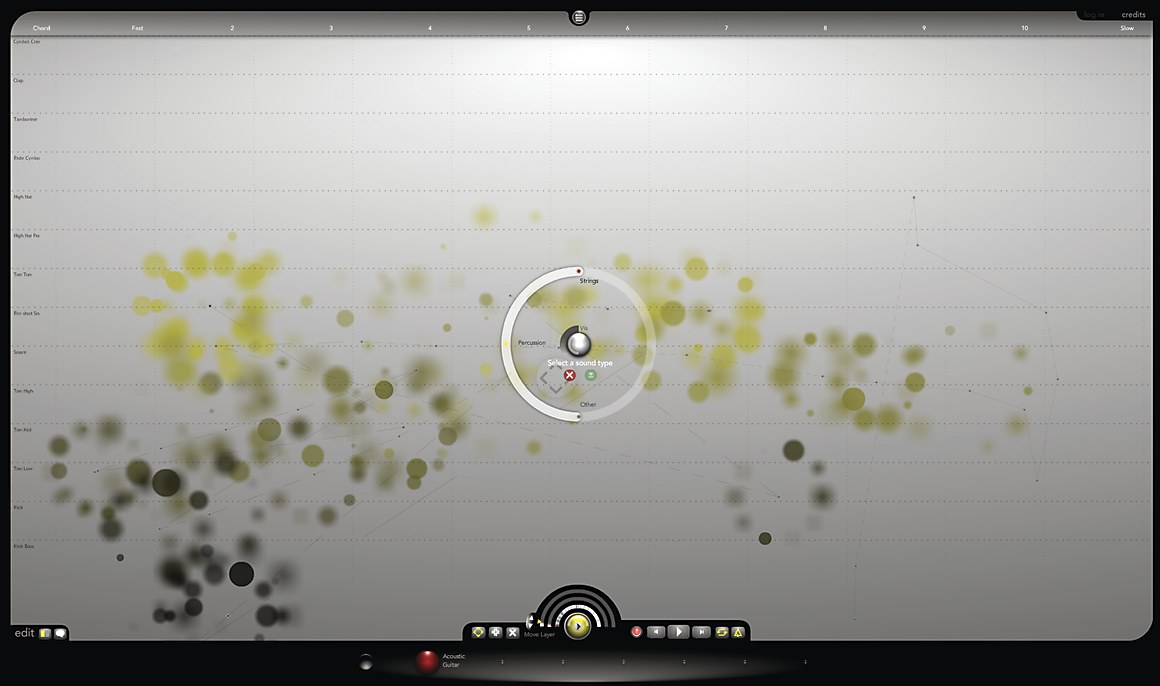 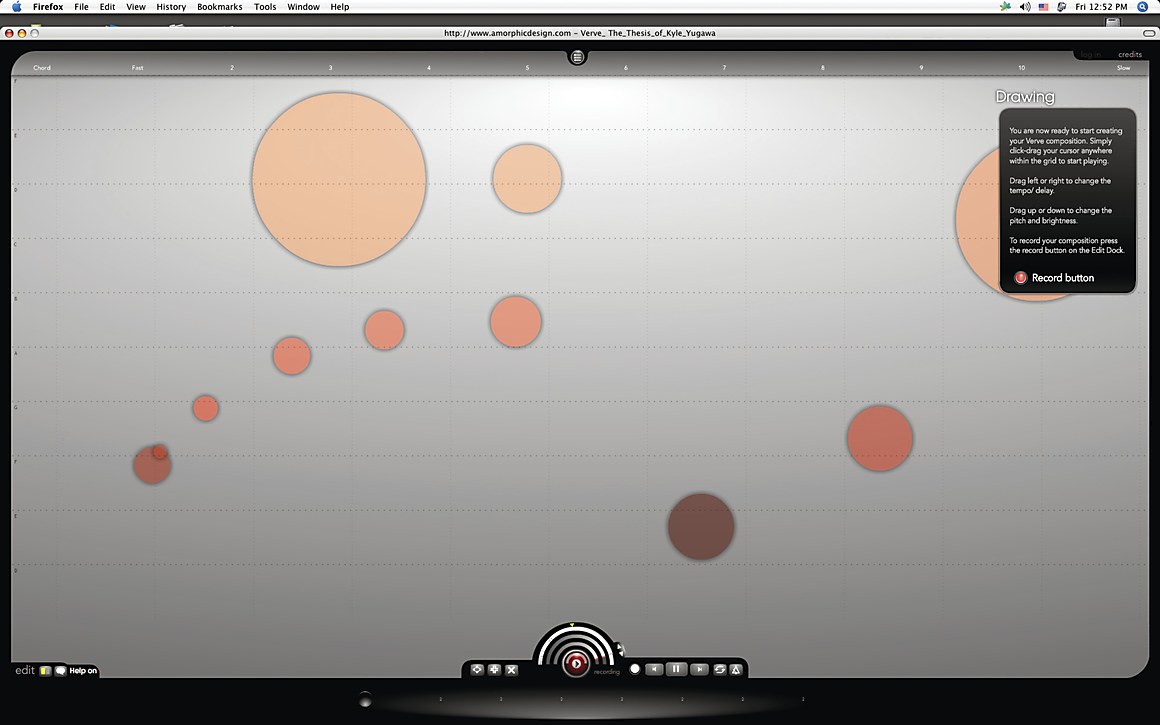 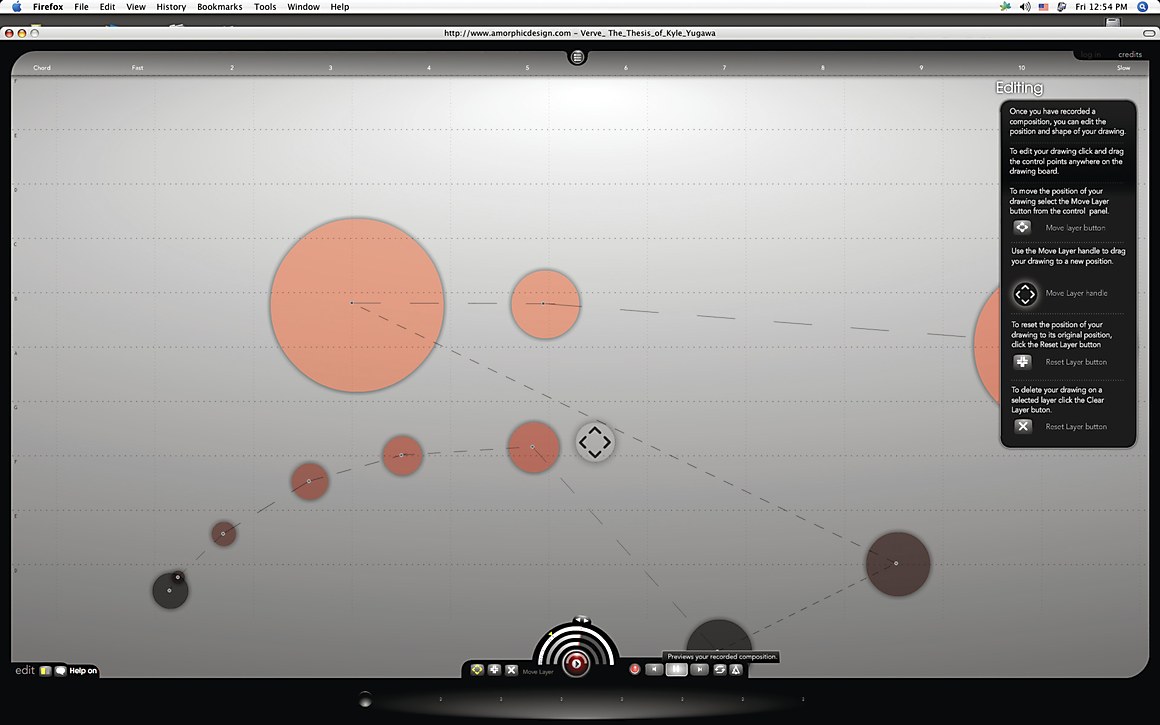 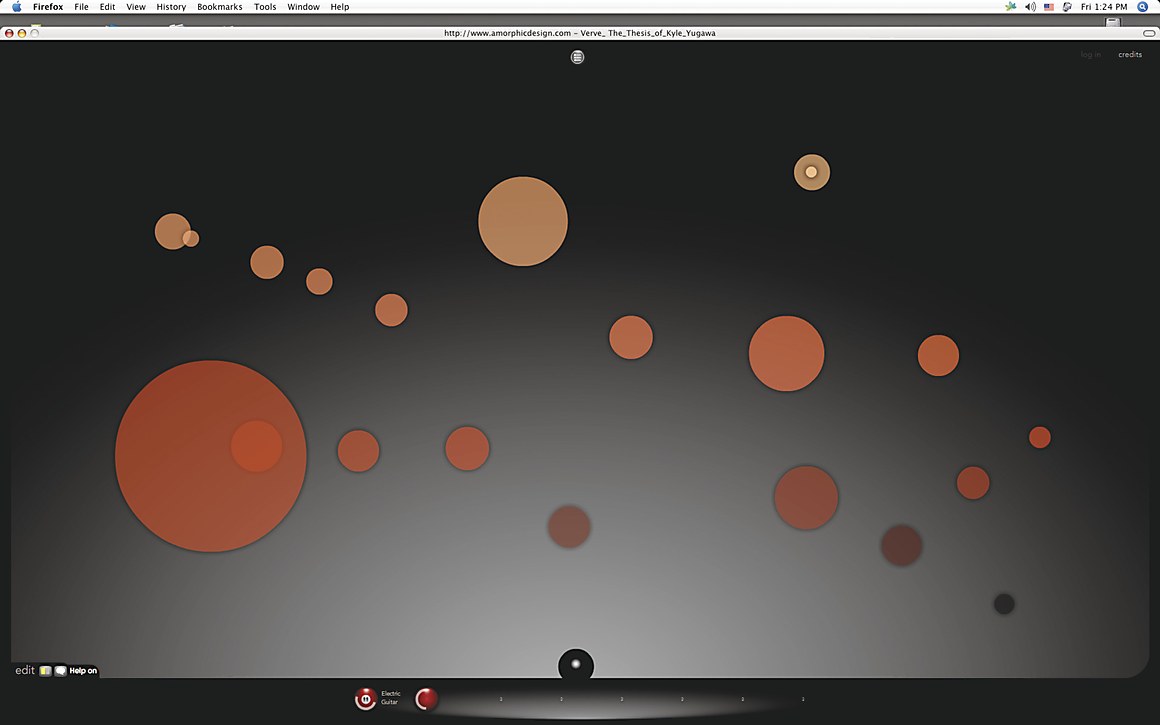 "A great attempt at creating a new design metaphor for a sound application. The fun using this interface is well worth the time spent figuring it out." —juror Vas Sloutchevsky

"Who wouldn't want to play with this? The visual experience is so engaging that it's difficult to wait for what happens next." —juror Keith Anderson

Comments by Kyle Yugawa:
"The idea for this project came to me after being frustrated with trying to learn yet another complicated piece of graphics software, which all seem to be requirements for new media designers.

"As designers we're compelled to learn a slew of graphics, sound and animation software just to keep up in the industry. But what if there existed an application that allowed us to focus on what we love to do (draw, animate, create music) and enabled us to pick up the rest along the way? This led to even more intriguing questions: What if every painting came with its own soundtrack? How would the paint move if it were put into motion?

"Of course the concept of giving visual expression to music is nothing new; there are a ton of experimental sites that achieve beautiful and engaging results. However, I wanted to take the idea a step further by building an application that would not only meld creative techniques (painting, music and kinetic performance) into a single fluid process, but that would present new possibilities for future software interface development.

"The toughest question to answer was, 'How do I build an interface that does all of this?' Using palettes or dropdown menus to organize these complex connections would have been impractical and intimidating. And, by making a timeline the focus of my interface, like most animation and sound apps, I would have severely limited the user's ability to draw intuitively. The answer needed to organize the workspace so that the strength and flexibility to easily compose and edit musical and visual elements, would be maintained.

"My solution was a system utilizing the creation and manipulation of objects called Sound Nodes—objects that embody musical, visual and behavioral attributes that make them easy to recognize and handle. Since each node can have its own individual settings and controls, it removed the need for a clutter of control palettes and each node can be strung together to form complex musical and visual compositions." 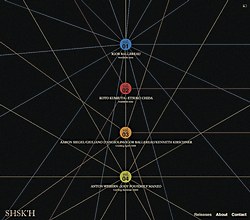 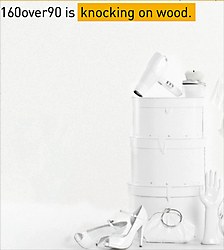 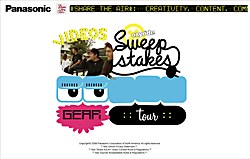 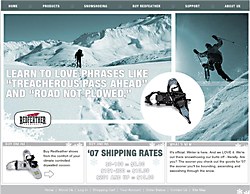 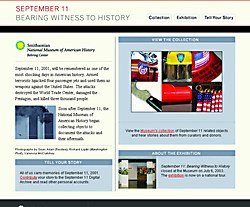 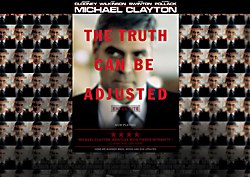 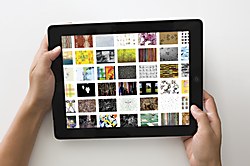 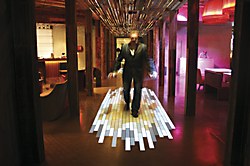 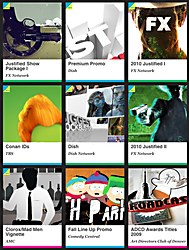 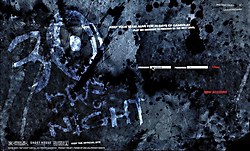 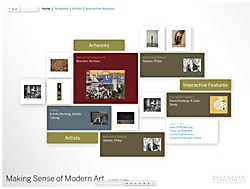 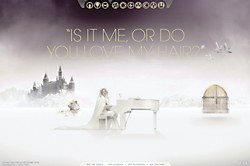 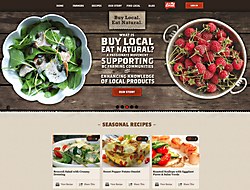 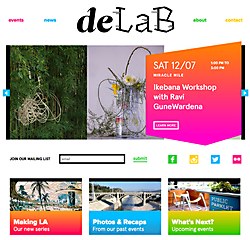 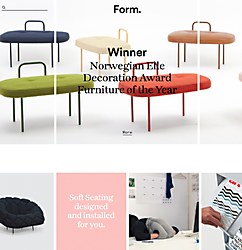 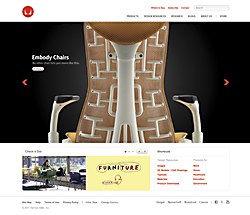