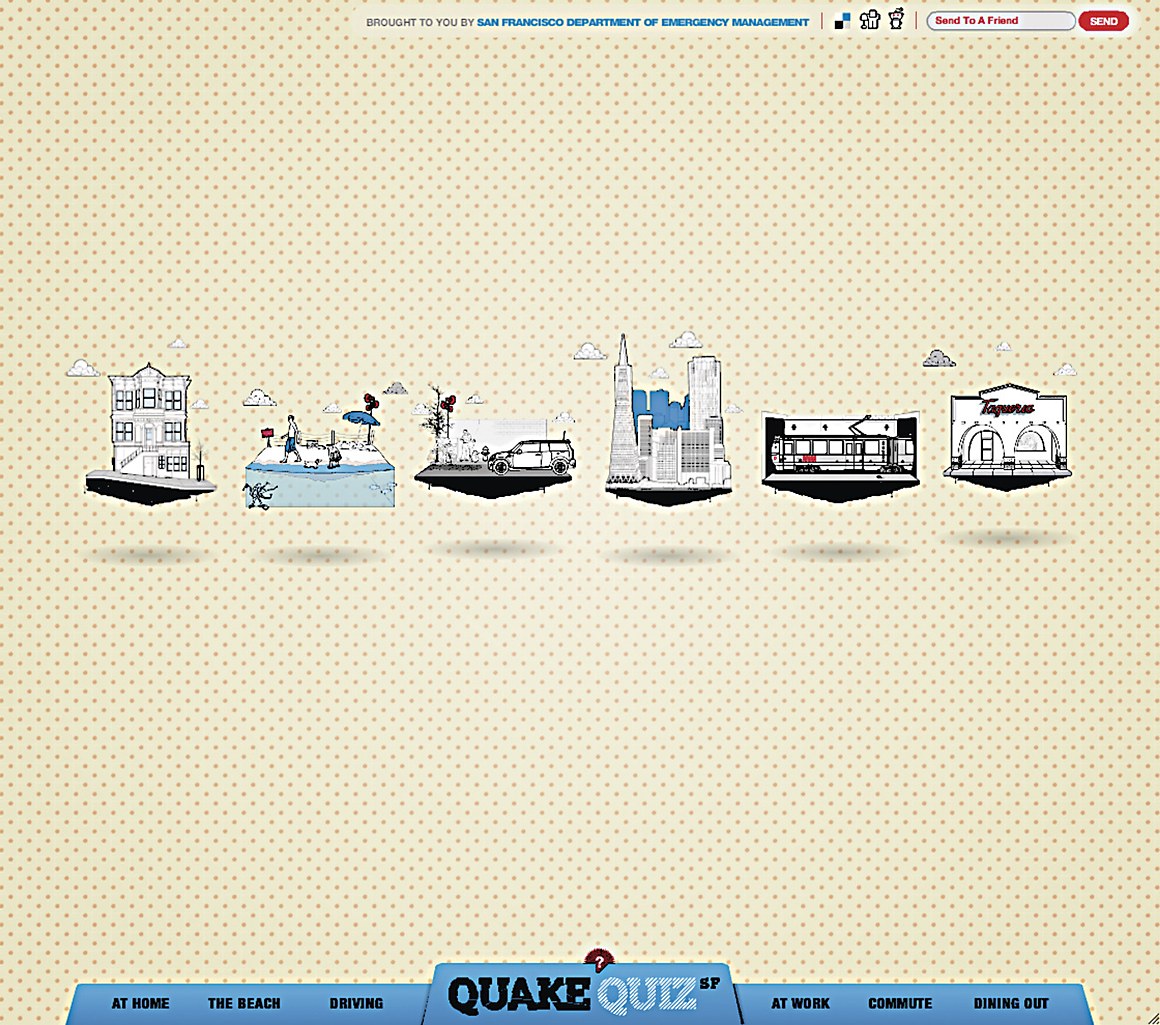 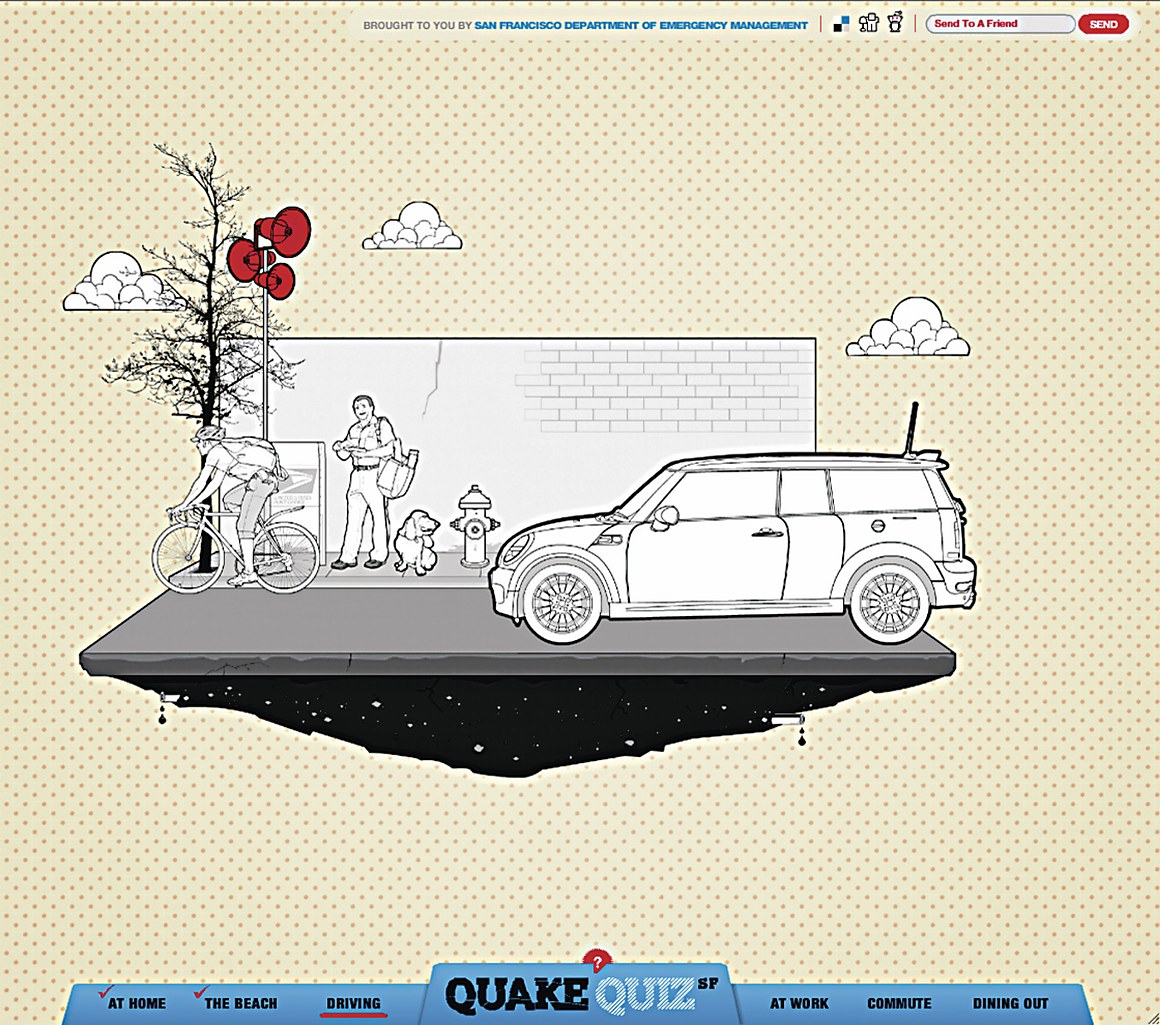 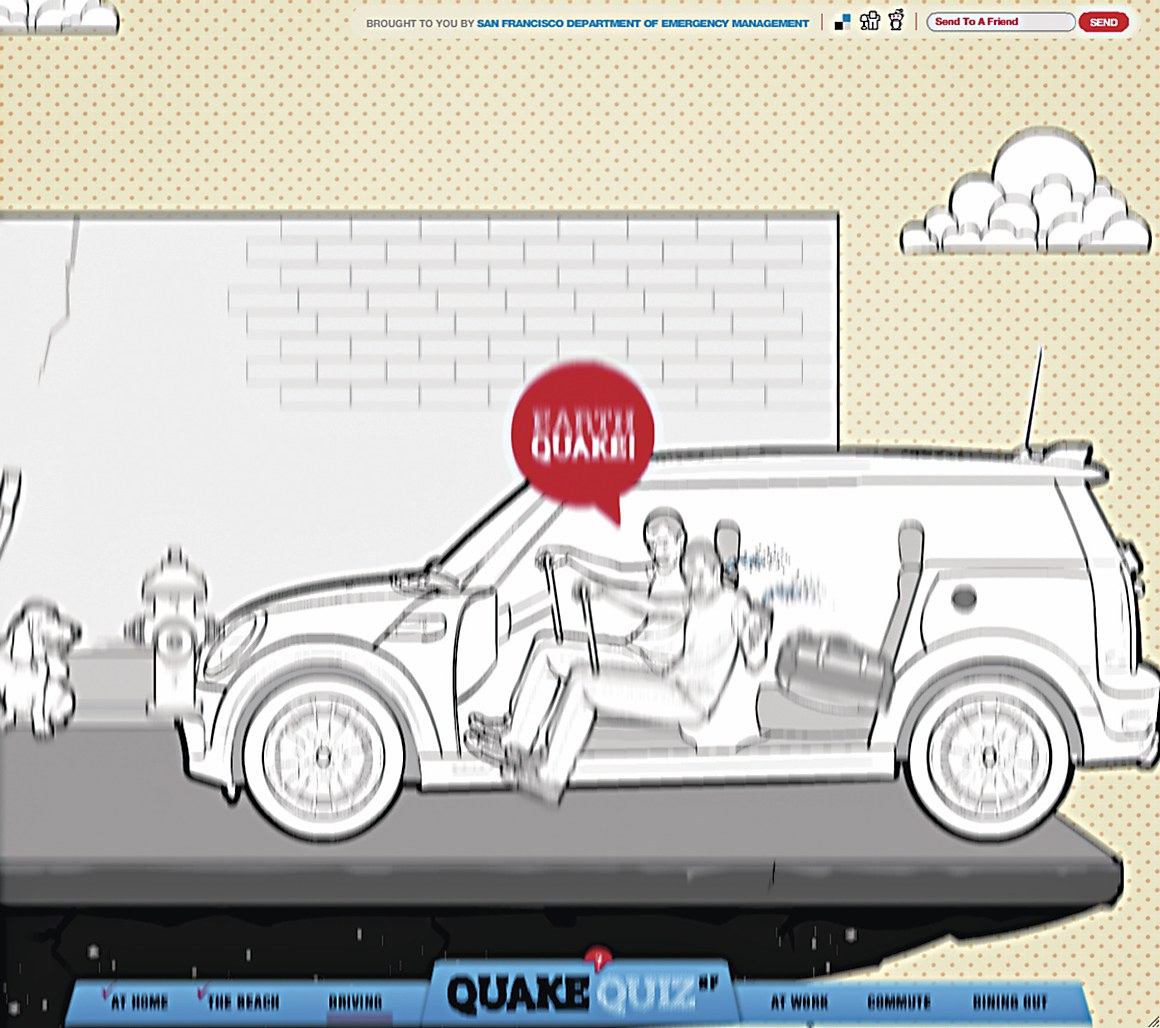 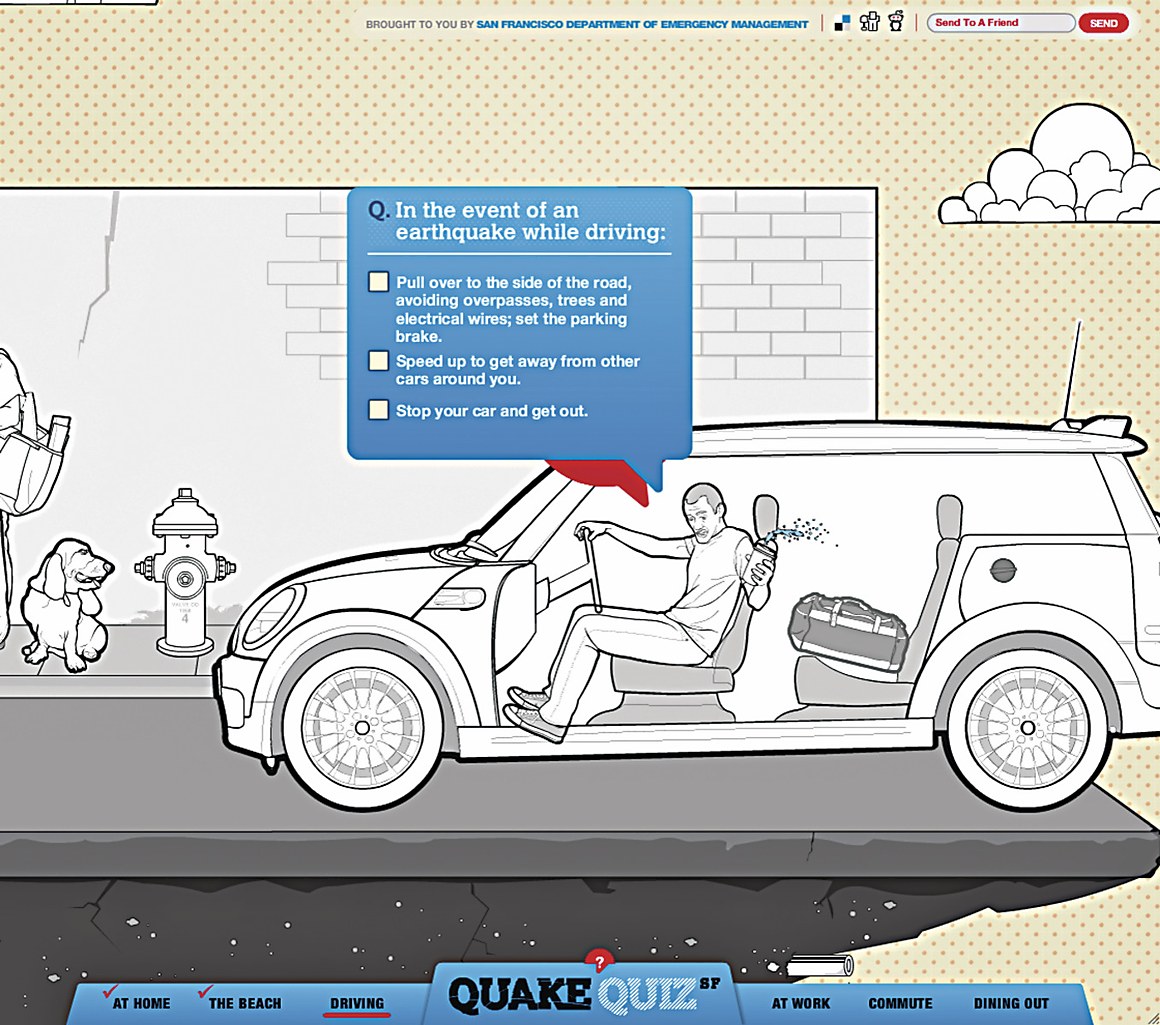 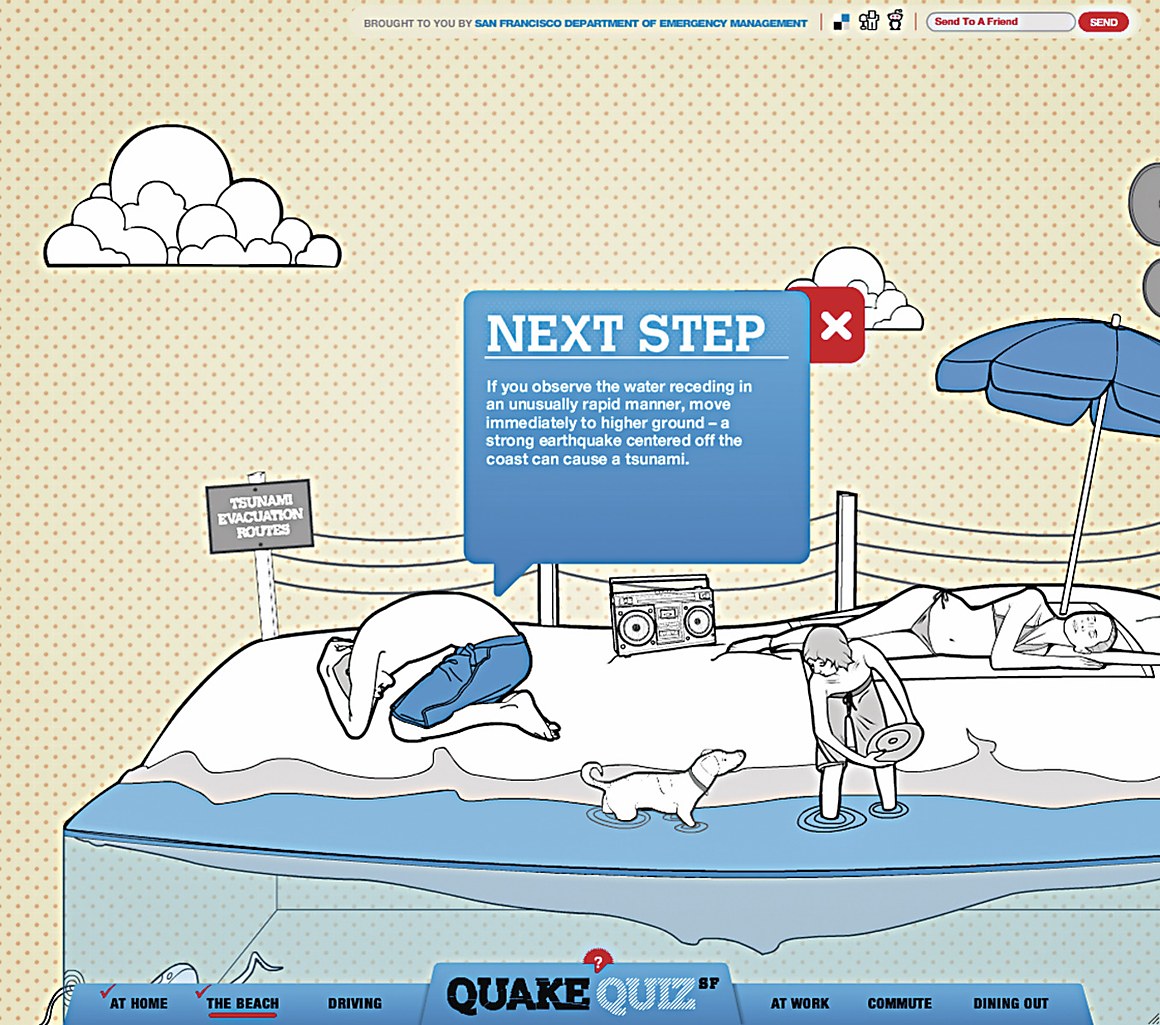 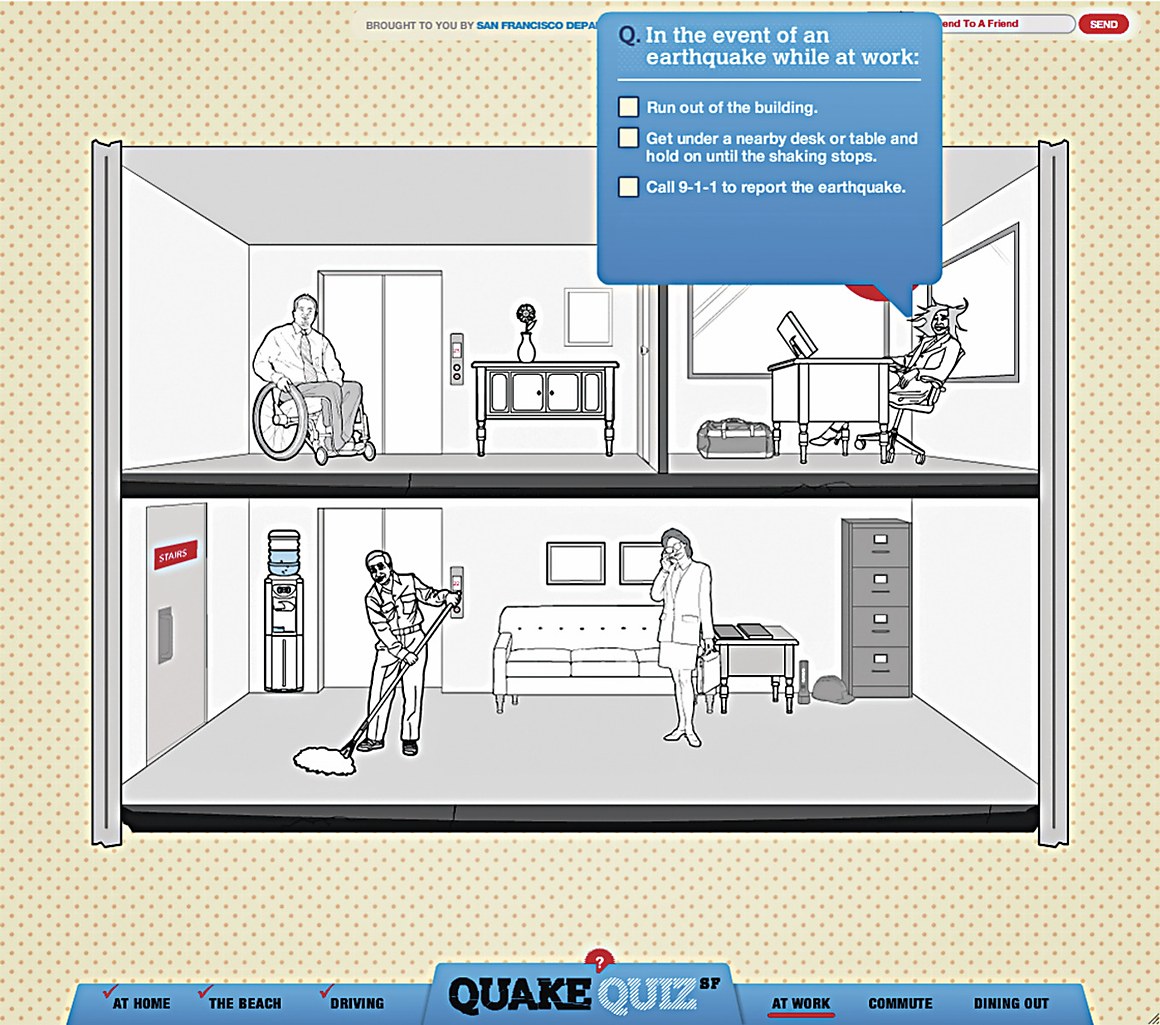 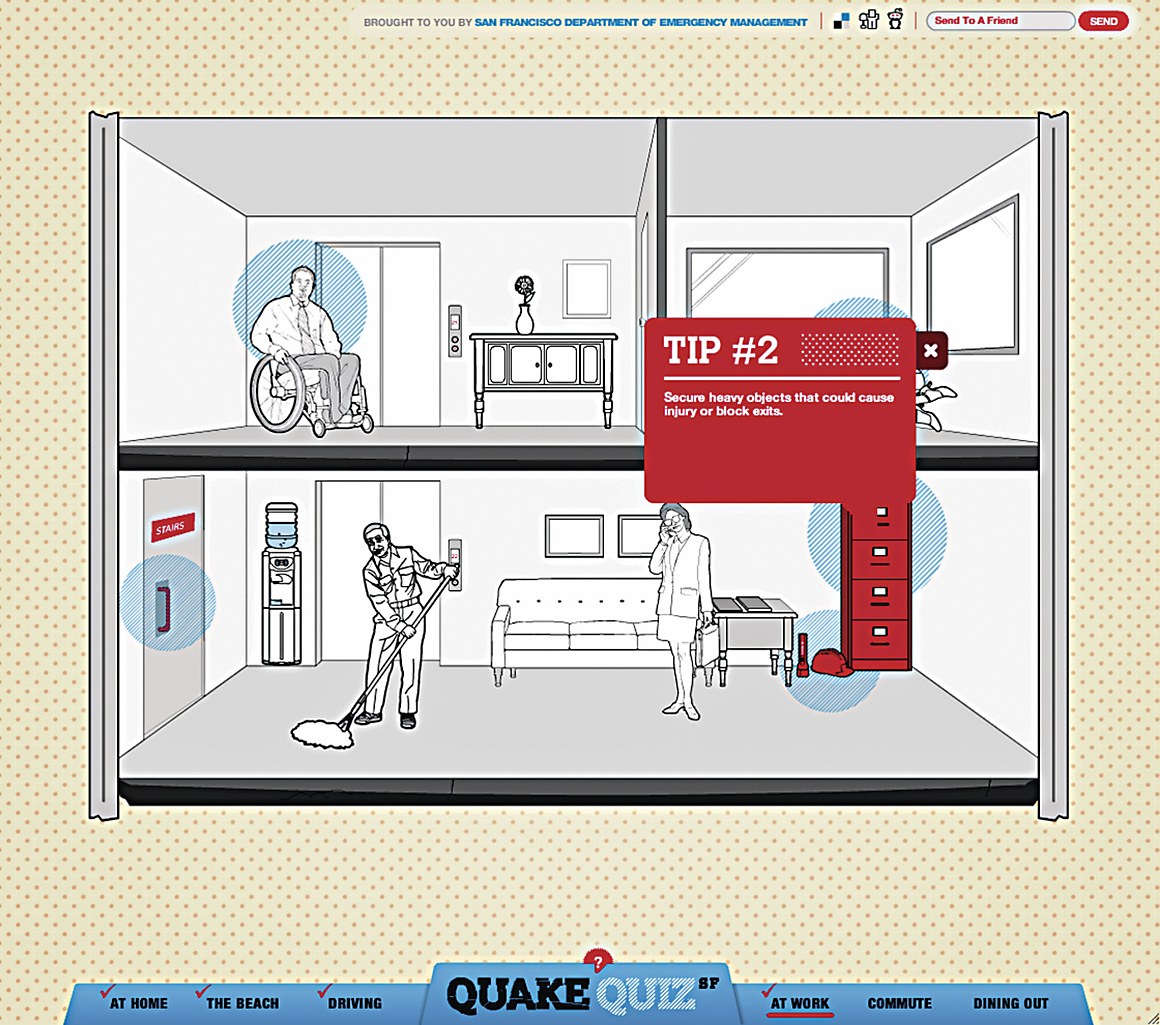 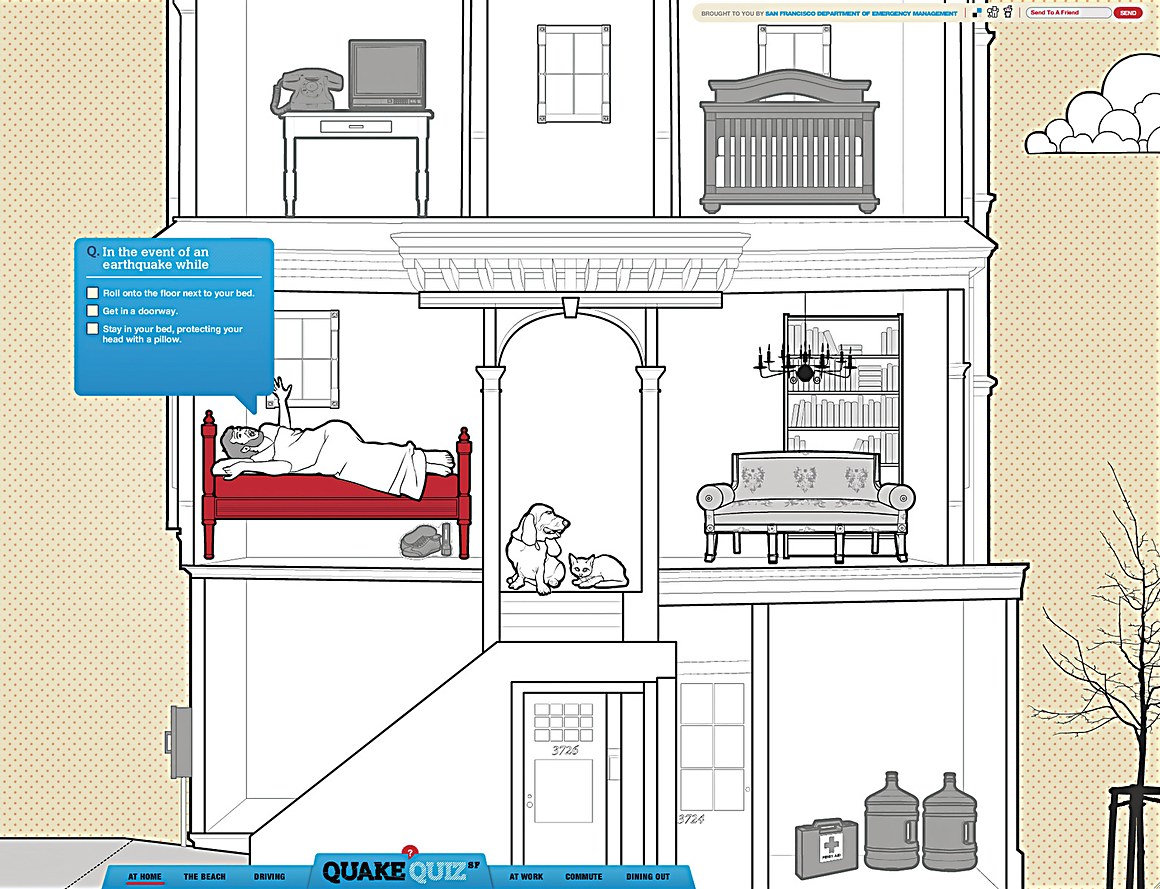 "QuakeQuiz proves that a metaphor can be adopted without being beaten to death; simple illustrations, reminiscent of airplane safety pamphlets, bring each earthquake safety scenario to life." —juror Stacey Mulcahy

"Clean design, smooth animation and easy navigation are only part of what makes this a great project. Its ability to deliver useful information in a fun manner is impressive; visitors learn without knowing it." —juror Edward J. Heinz Jr.

Overview: QuakeQuizSF was developed as an unconventional and engaging way to teach San Francisco residents and visitors about what to do at the exact moment of an earthquake. It also provides tips about how to prepare for earthquakes and what to do just after a major earthquake has occurred. A unique and highly-stylized graphic interface lets visitors explore six distinct San Francisco environments—including the beach, a restaurant and an office tower—through an intuitive, self-guided and self-paced tour that allows them to prioritize and visit the environments that are most relevant to their lives.

• The site has successfully reached a generation less-inclined to pick up and read brochures.
• With a marketing budget of zero, the site has averaged over 5,000 unique visitors per month since its launch in October 2008.
• QuakeQuizSF has been viewed in more than 300 California cities and 98 countries around the world.

Comments by Ben Davis:
Was the topic/subject of the project a new one for you? "In 2006, our parent firm, Words Pictures Ideas, developed a disaster preparedness campaign and a Webby Award-winning site called 72hours.org that provided institutional knowledge on the topic. However, QuakeQuizSF represented a broad departure for our firm and our client. Before starting we reached agreement with the client that we would have complete creative control. To the client's credit, they stuck to that agreement; they didn't see the site until a week before launch and requested no substantive changes. The result is an inspired product that stands out sharply within the public safety genre."

Is the audience you were targeting a particularly difficult one to reach? "People tend to block out information about earthquake preparedness (and other frightening aspects of daily life). Our goal was draw people in with strong graphics, gentle humor and an engaging interface. Also, with a shoestring development budget and no marketing budget, we needed a site that people would want to share with friends and relatives. Given these challenges, the site has enjoyed amazing success."

See the gallery
Related
Beyond Beauty 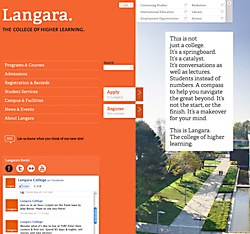 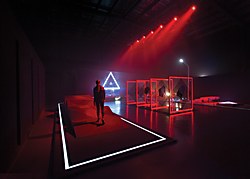 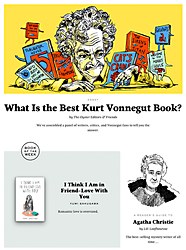 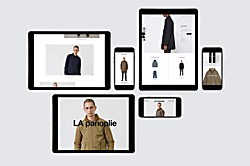 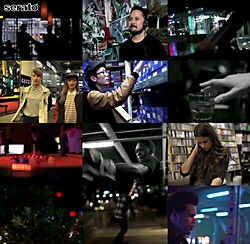 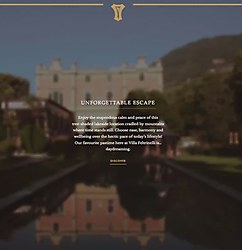 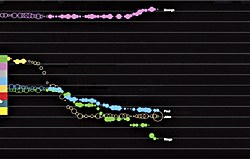 How Edison Are You? 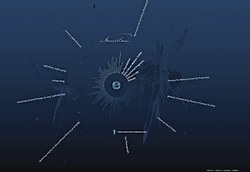 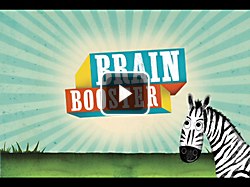 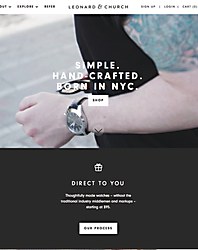 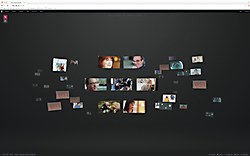 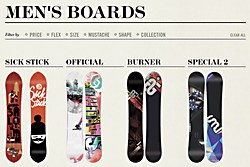 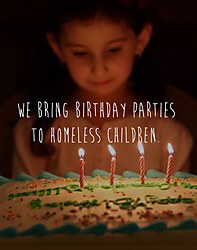