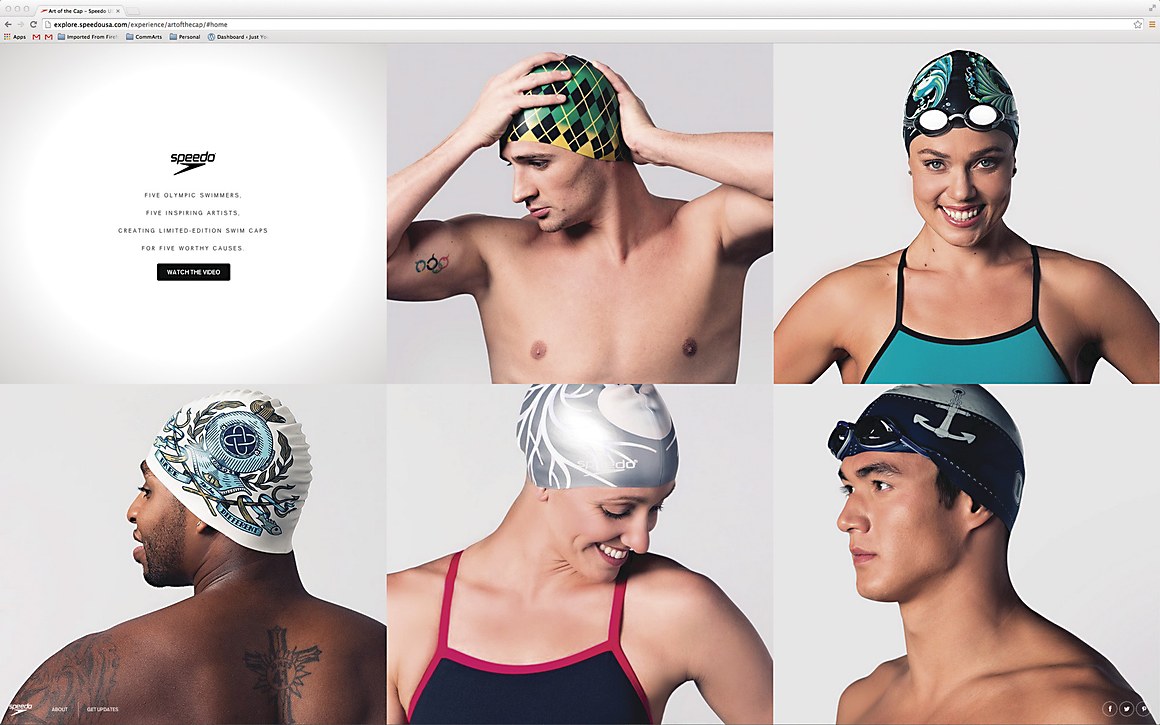 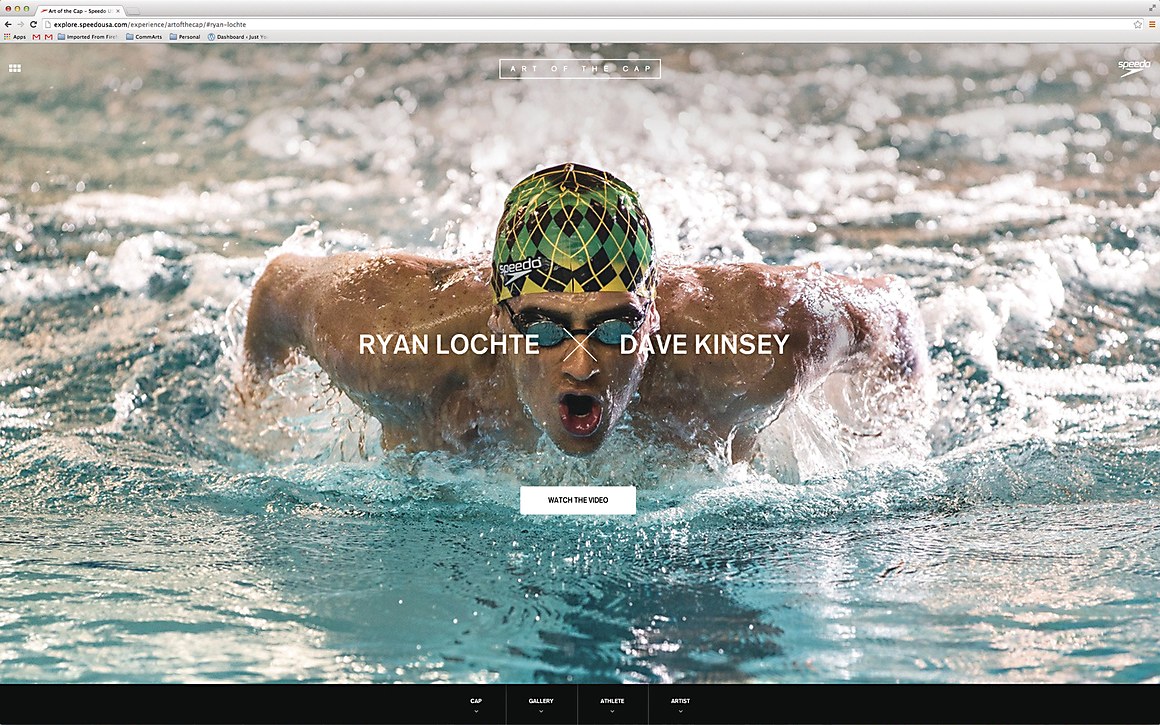 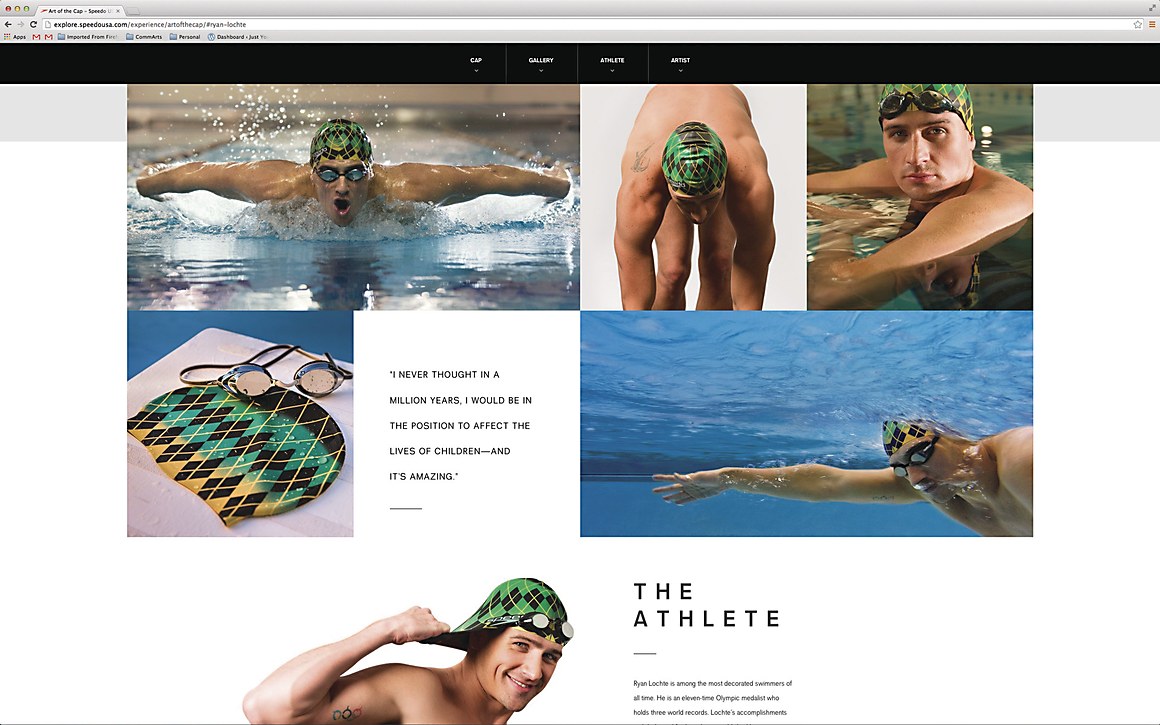 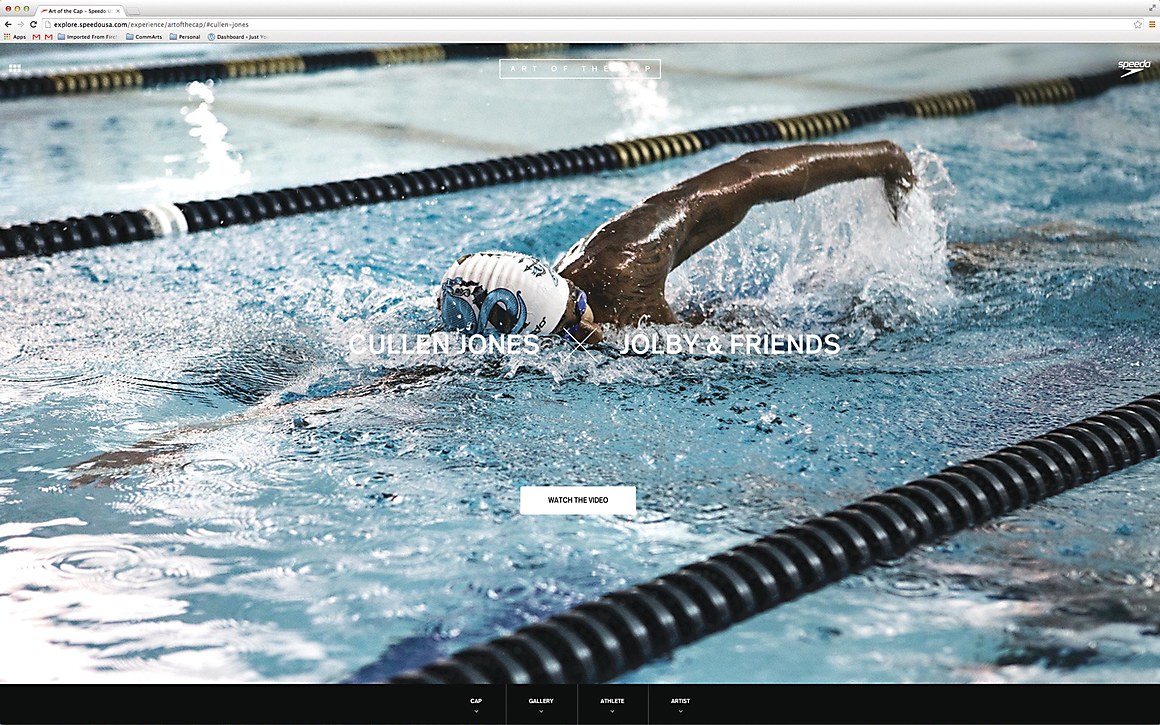 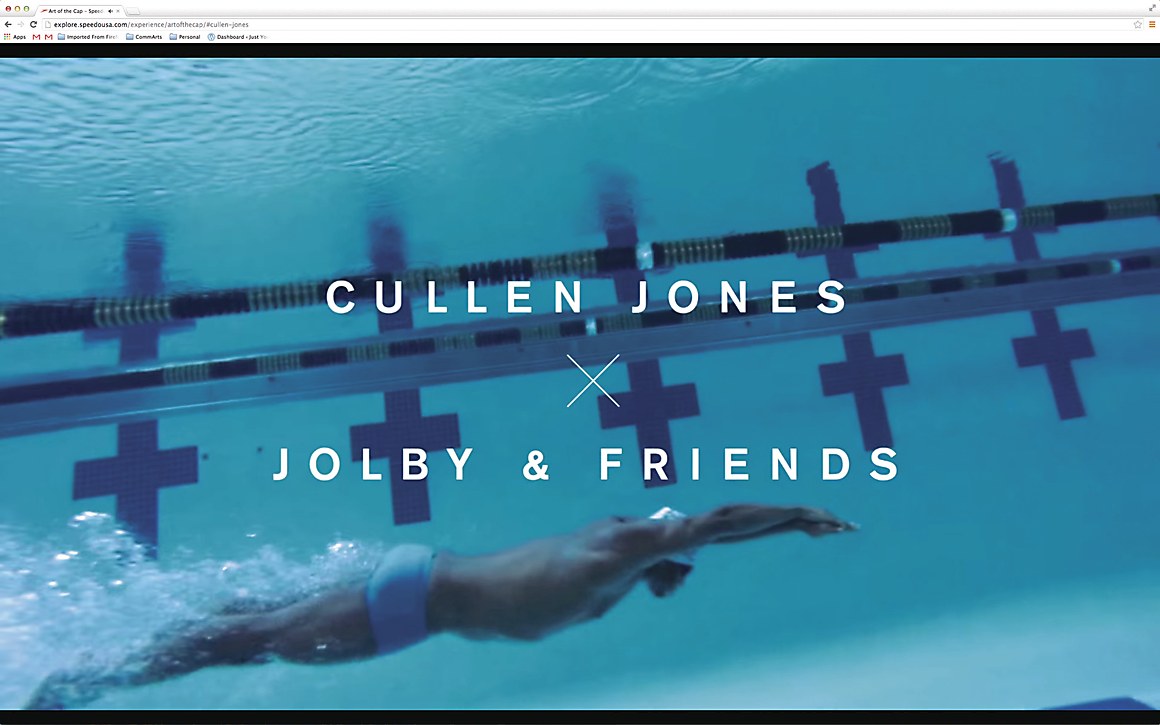 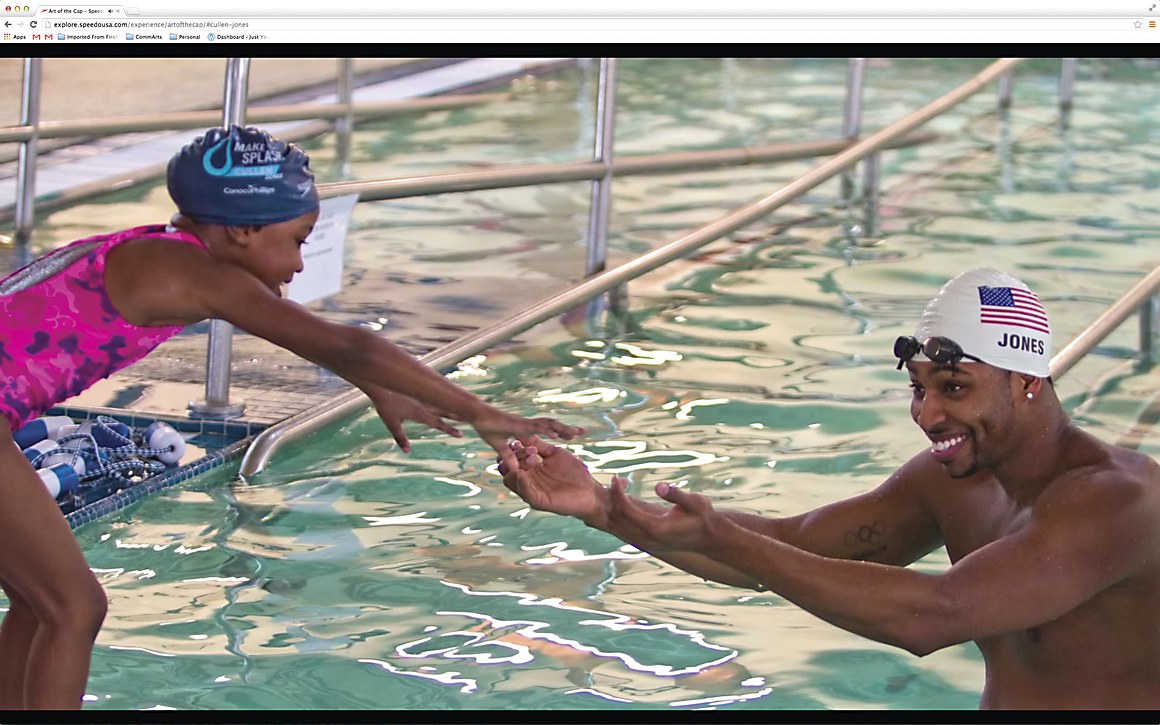 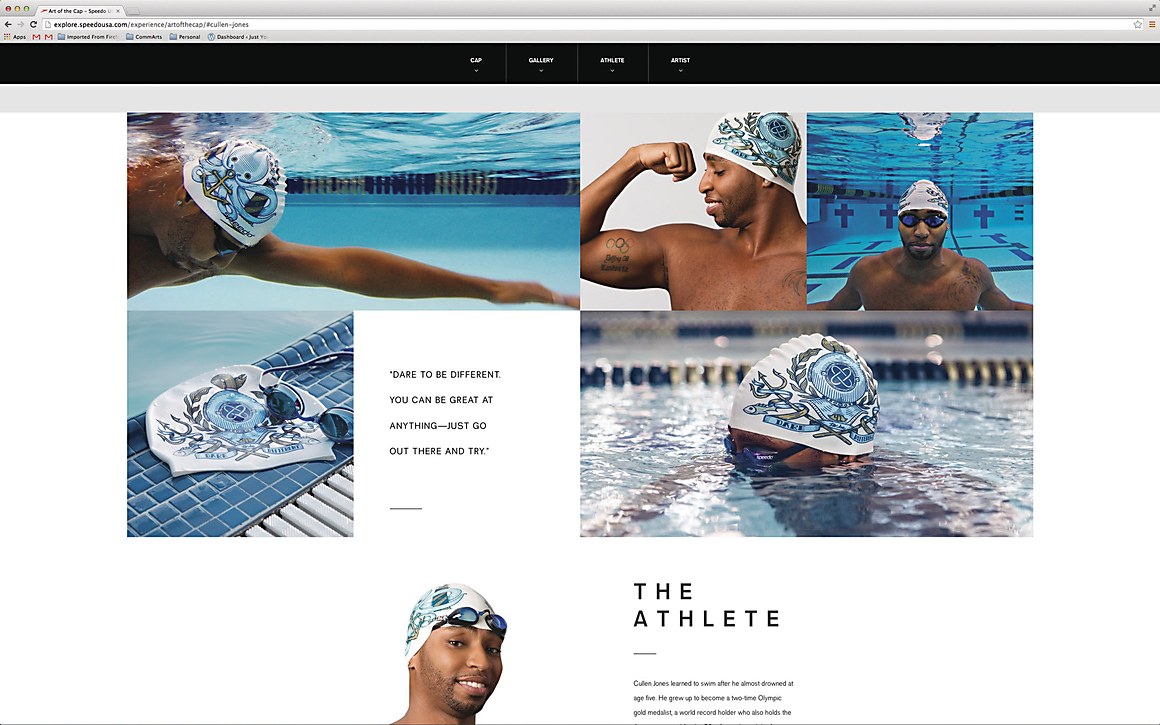 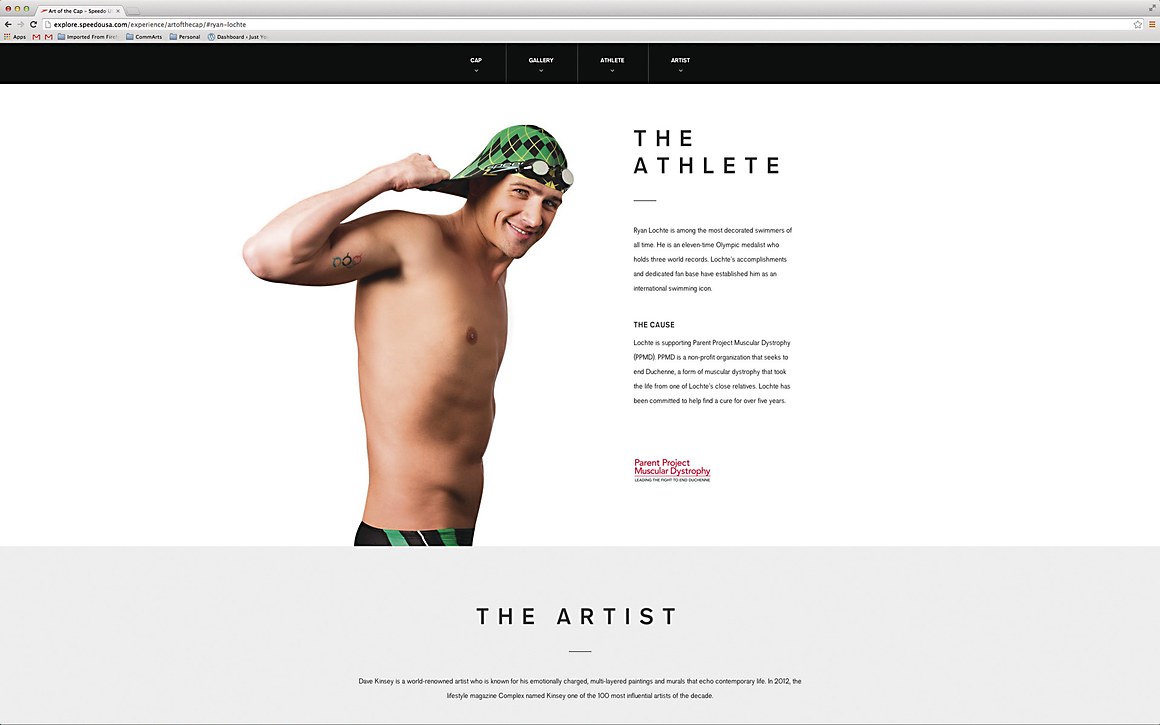 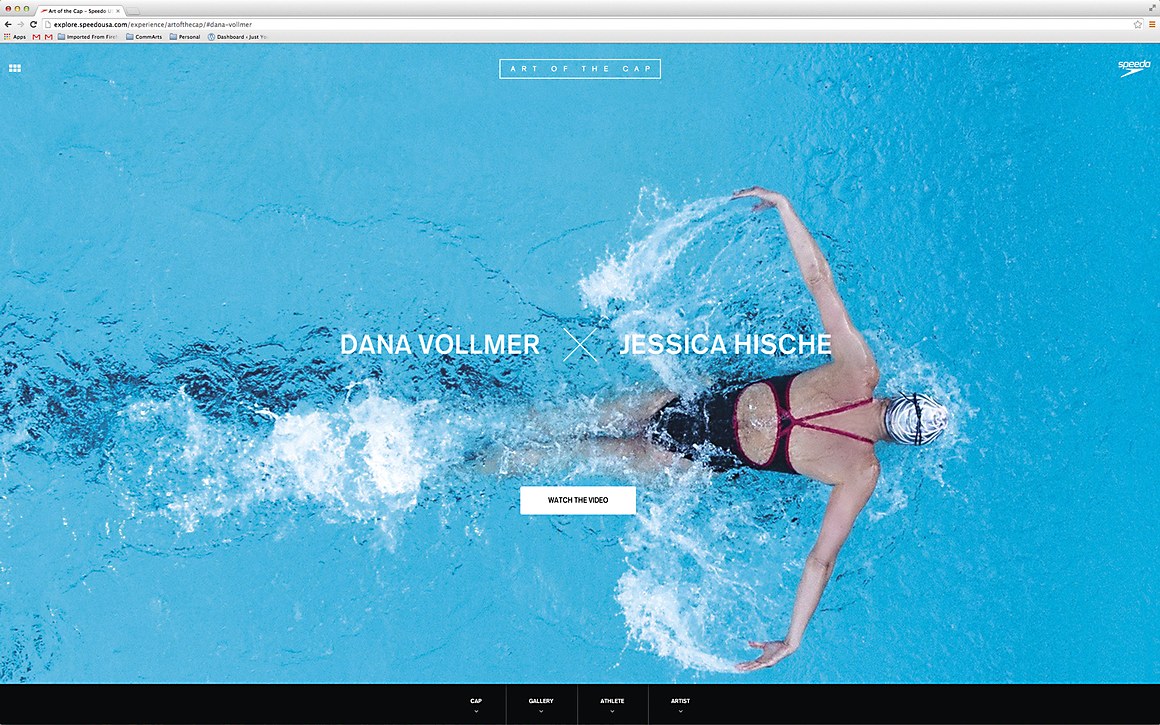 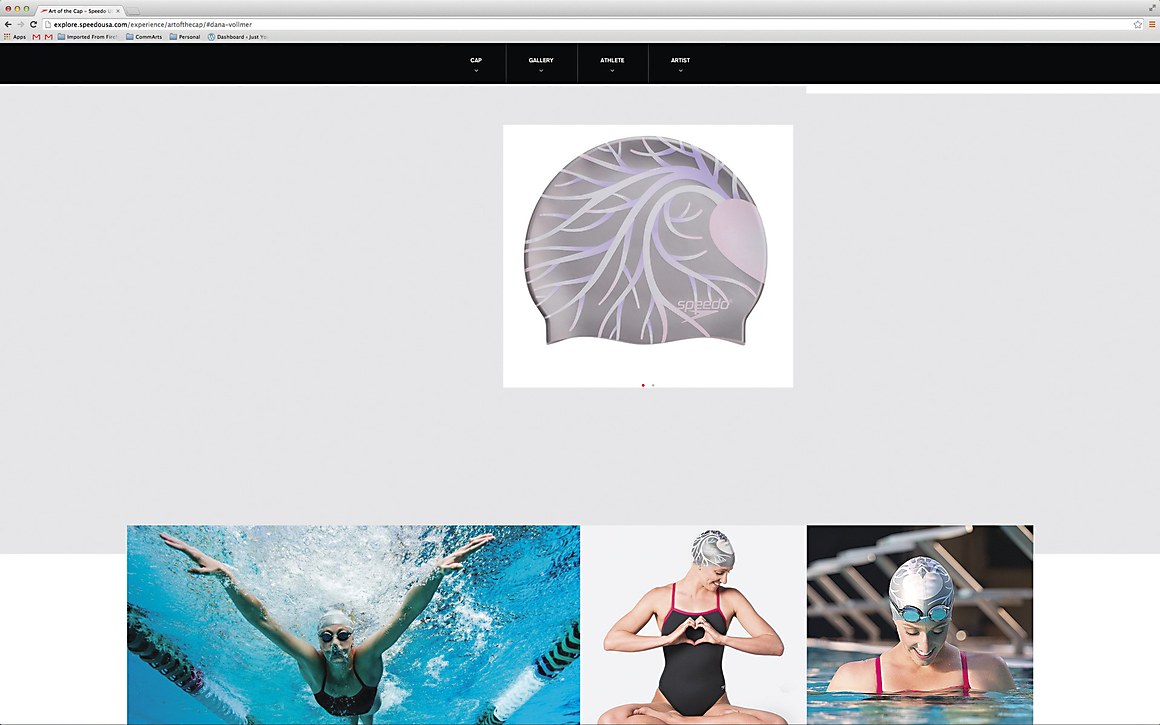 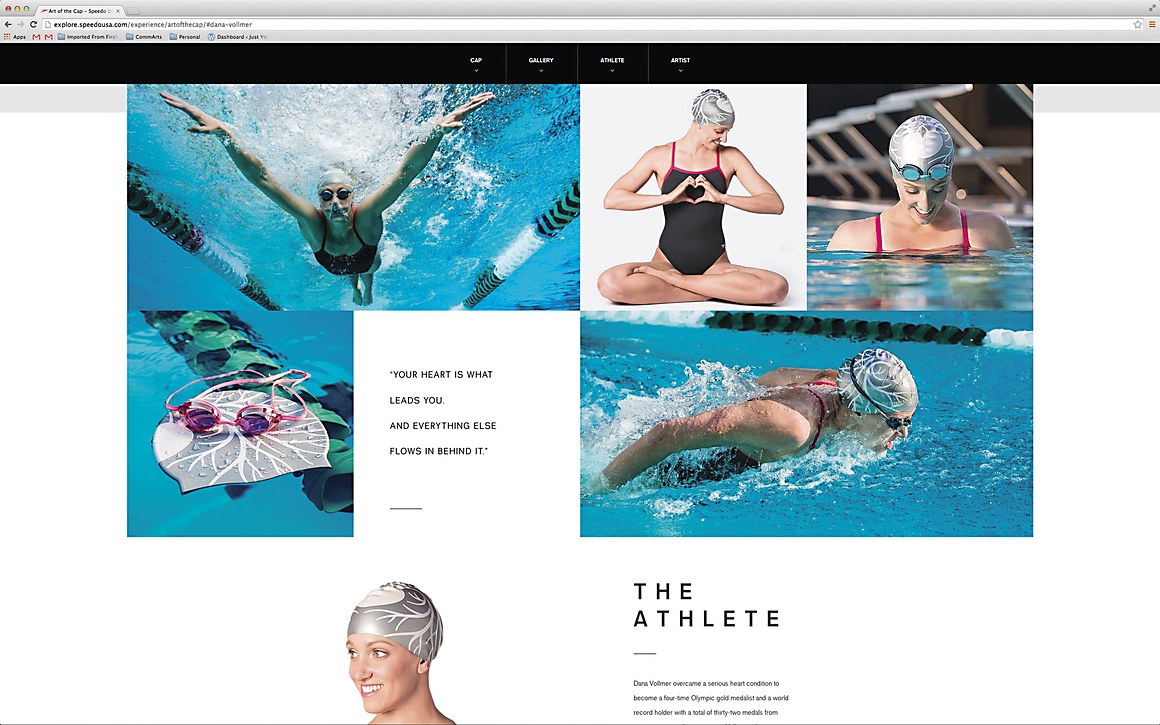 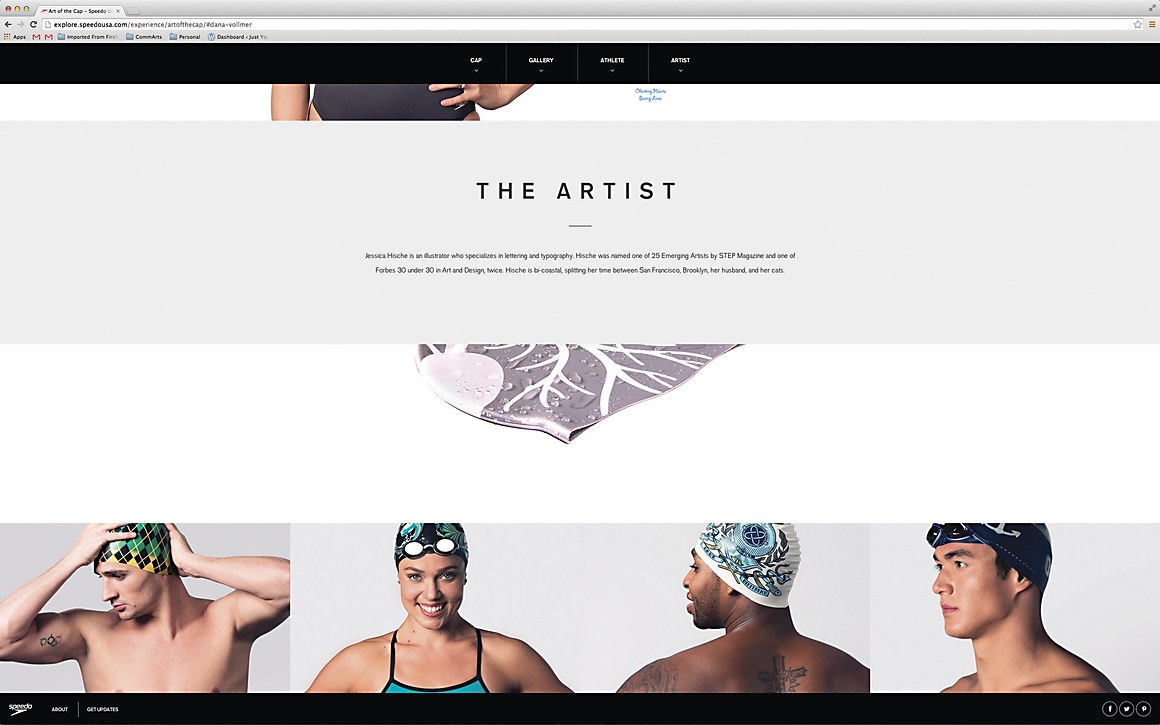 “This site is packed full of meaning, from the product design to the photography to the films that help tell the story.” —juror Ginny Golden

“Sometimes, less is more. This is simply a well-designed site with great photography.” —juror Jon Jackson

Overview: Athletes don’t often have the chance to share what’s important to them outside their sport. Art of the Cap gave top swimmers in the United States the chance to express themselves and help create positive change in the world. Hello and Speedo USA paired five Olympic athletes with five artists to design limited-edition swim caps for five worthy causes. The unique, collectible caps were sold exclusively on speedousa.com, and Hello created a special digital destination where people could learn the stories behind each cap.

• Participating artists included Dave Kinsey, Jessica Hische, Adhemas Batista, Jolby & Friends and Gianmarco Magnani.
• Half of the limited-edition caps sold out on the first day they were available, and the rest sold within a week.
• Growth of Speedo’s social fan base was double the average rate during the campaign and total impressions hit 24.5 million.

Comments by David Lai:
What was the purpose of the project? “Through conversations with Speedo athletes, we learned that many of them had personal relationships with charities. The swimmers told their stories, and their sincere connections to the causes were moving: Olympic gold medalist Cullen Jones told how he almost drowned as a child, but now he works with USA Swimming Foundation’s Make a Splash initiative, which teaches swimming in underserved communities. Twelve-time Olympic medalist Natalie Coughlin shared her story of traveling to Rwanda to teach children critical life skills through Right to Play. We came up with the Art of the Cap concept to support each athlete’s charity of choice and to open up a new way for consumers to engage with Speedo athletes. The project also let the athletes express their creativity by collaborating with an artist.”

What are the project’s core features? “The digital destination for Art of the Cap needed to be visually rich and engaging. We knew from the start that video would bring the athletes’ stories to life and become a core component of the campaign. In the end, we included six videos to tell the stories behind the limited-edition caps, in addition to countless images that capture the personality, athleticism and spirit of each swimmer, and the artistry of the swim cap designs. The simple, transparent interface engages every user, from mobile to desktop.”

Was there a viral component that was successful? “We seeded content organically on Facebook, Twitter, Instagram and YouTube, and asked the athletes to share on their own social networks. With an emphasis on storytelling, we trusted in the power and sincerity of the message—and it worked. Audience retention rates for Art of the Cap videos were 86 percent. Consumers voluntarily used our branded hashtag, #artofthecap, to share their excitement and to post photos of themselves with the swim caps.” 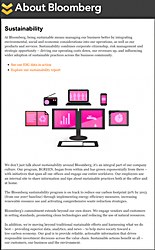 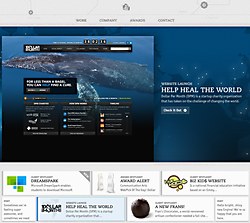 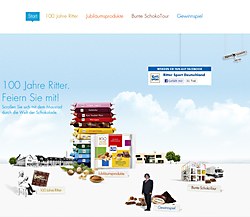 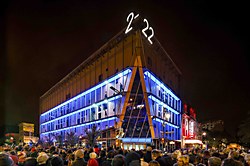 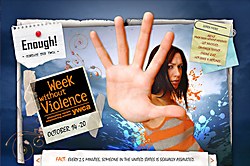 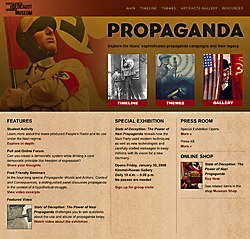 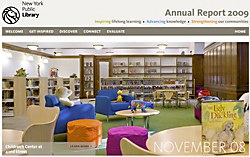 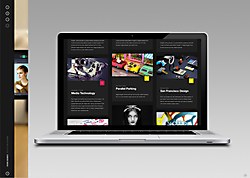 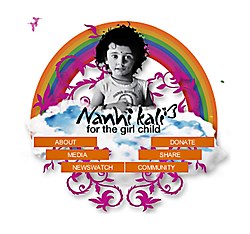 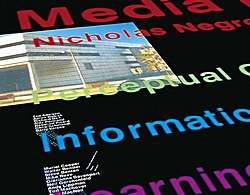 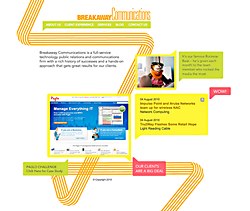 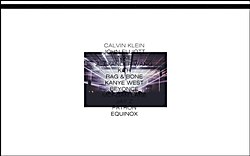