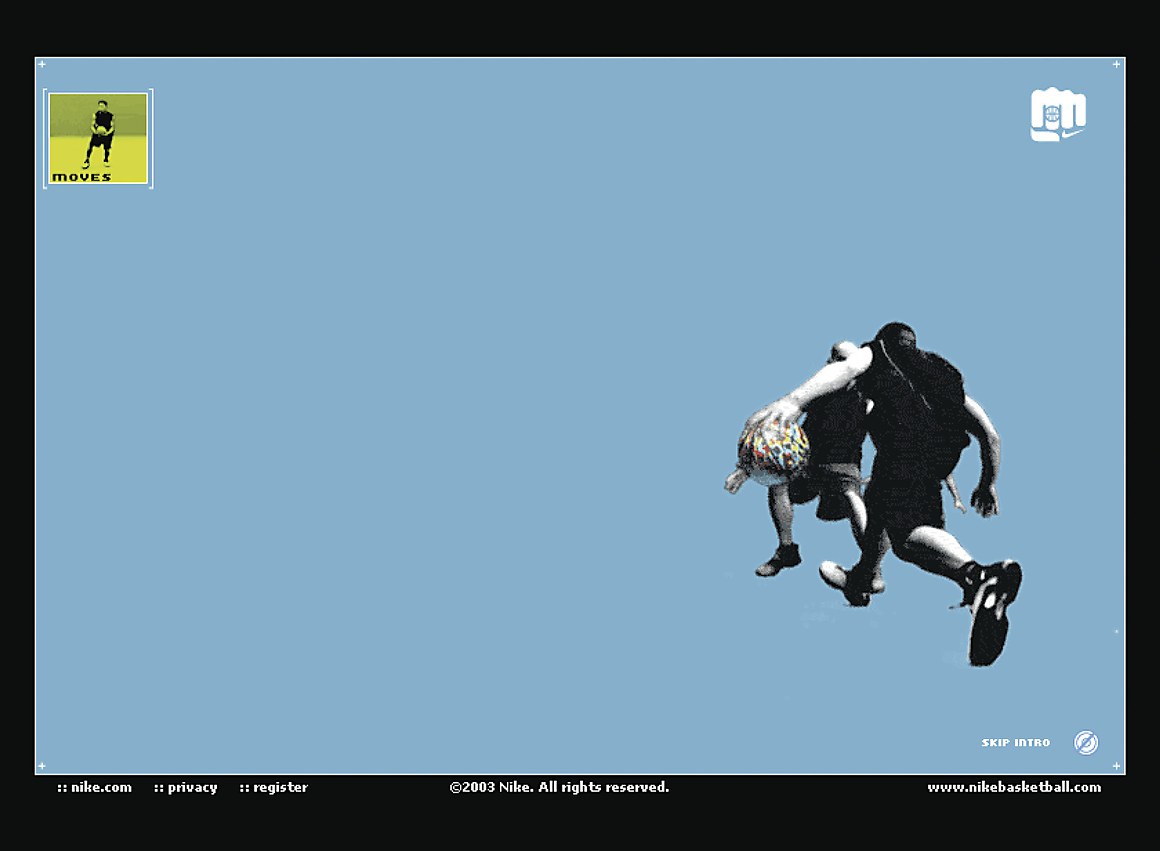 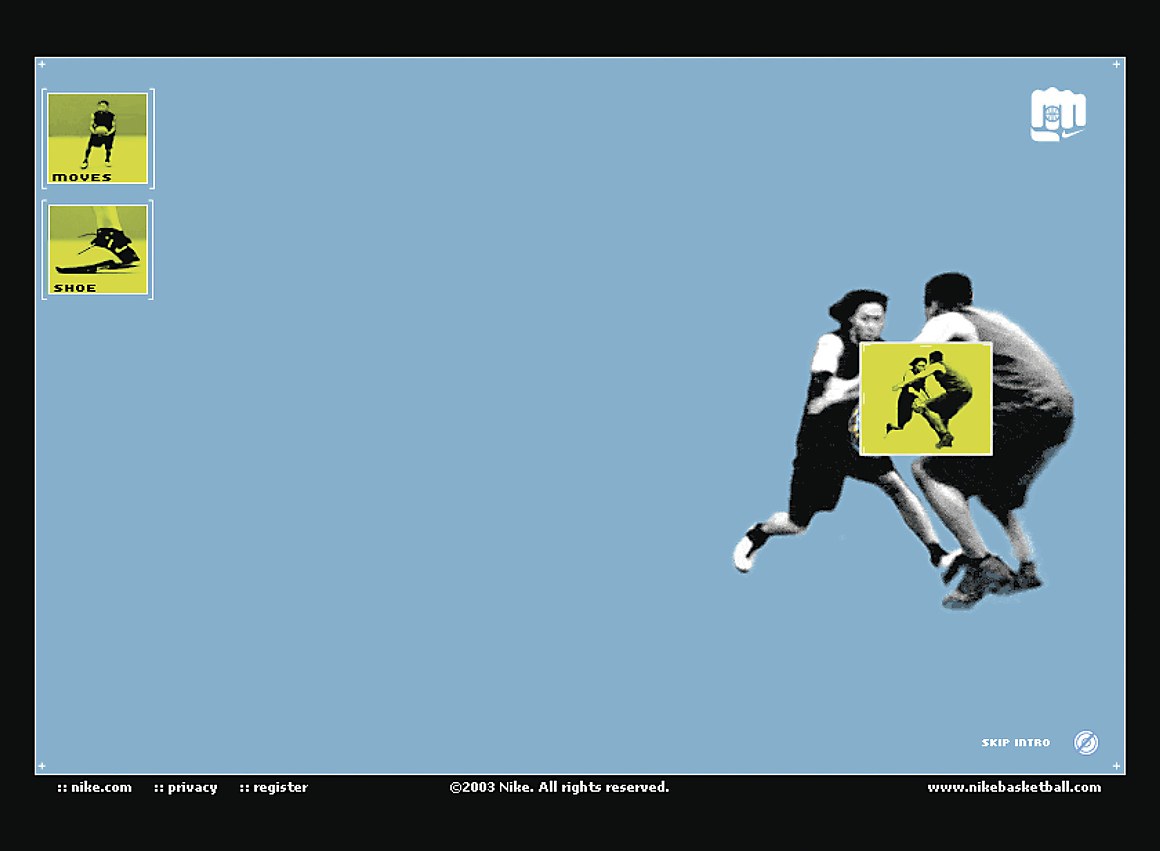 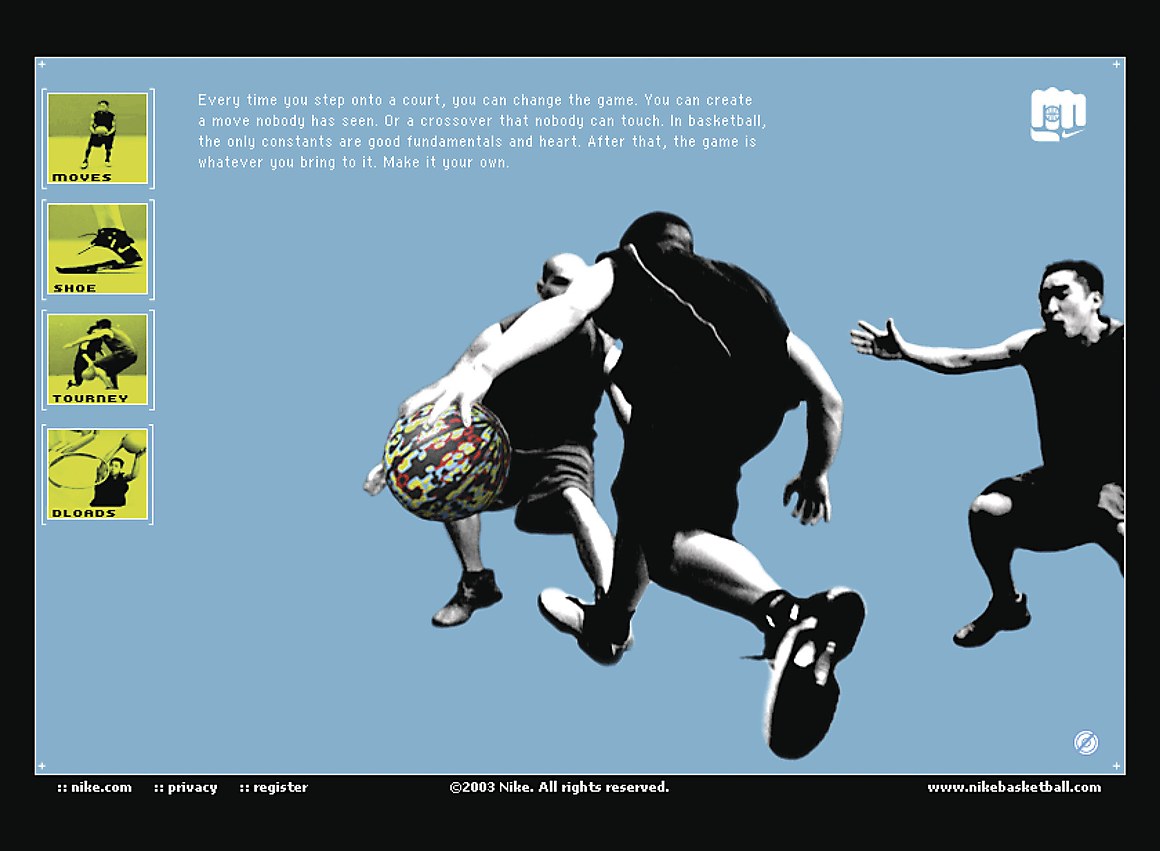 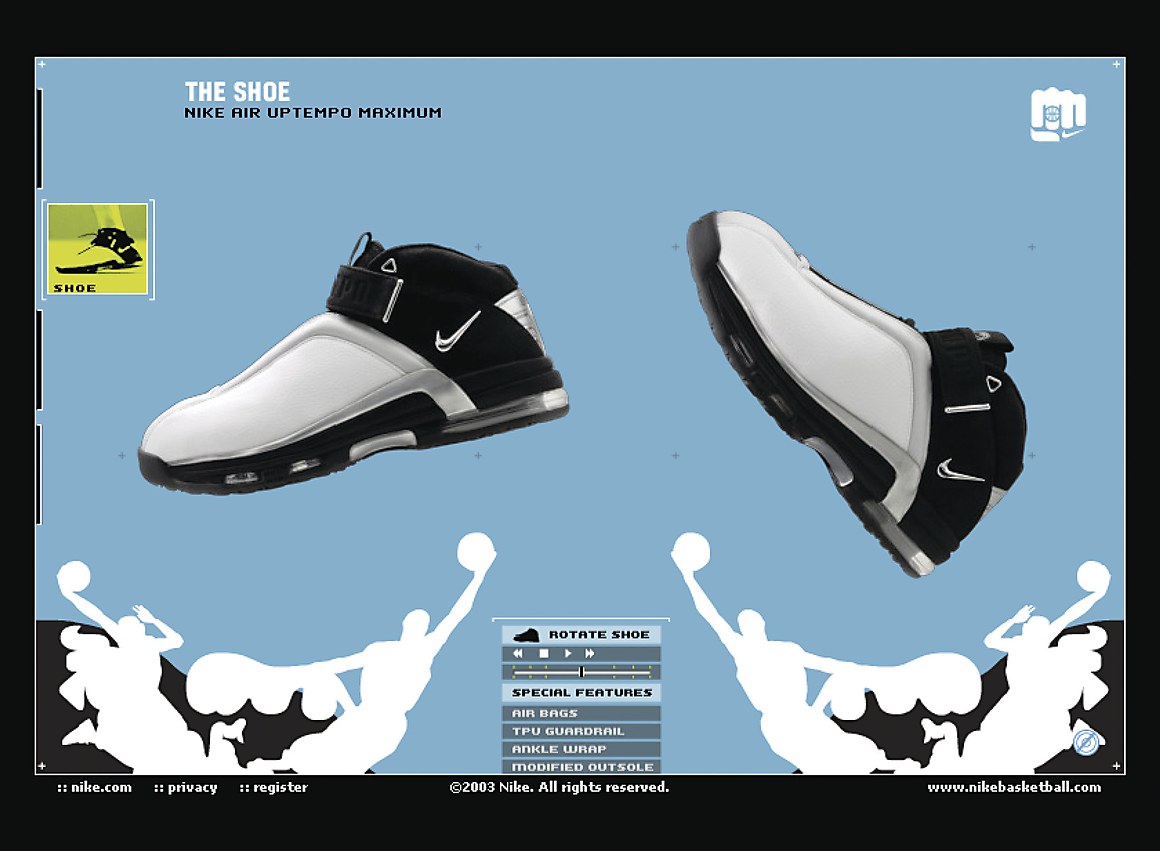 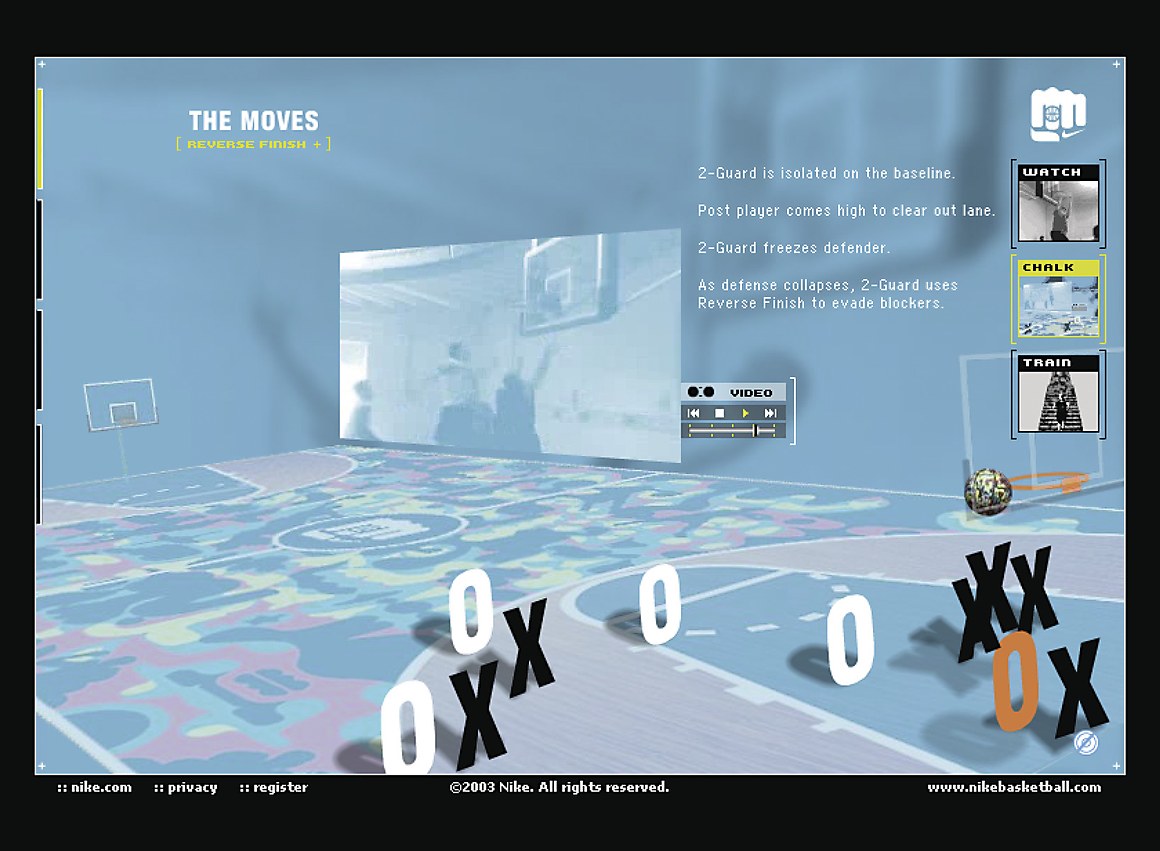 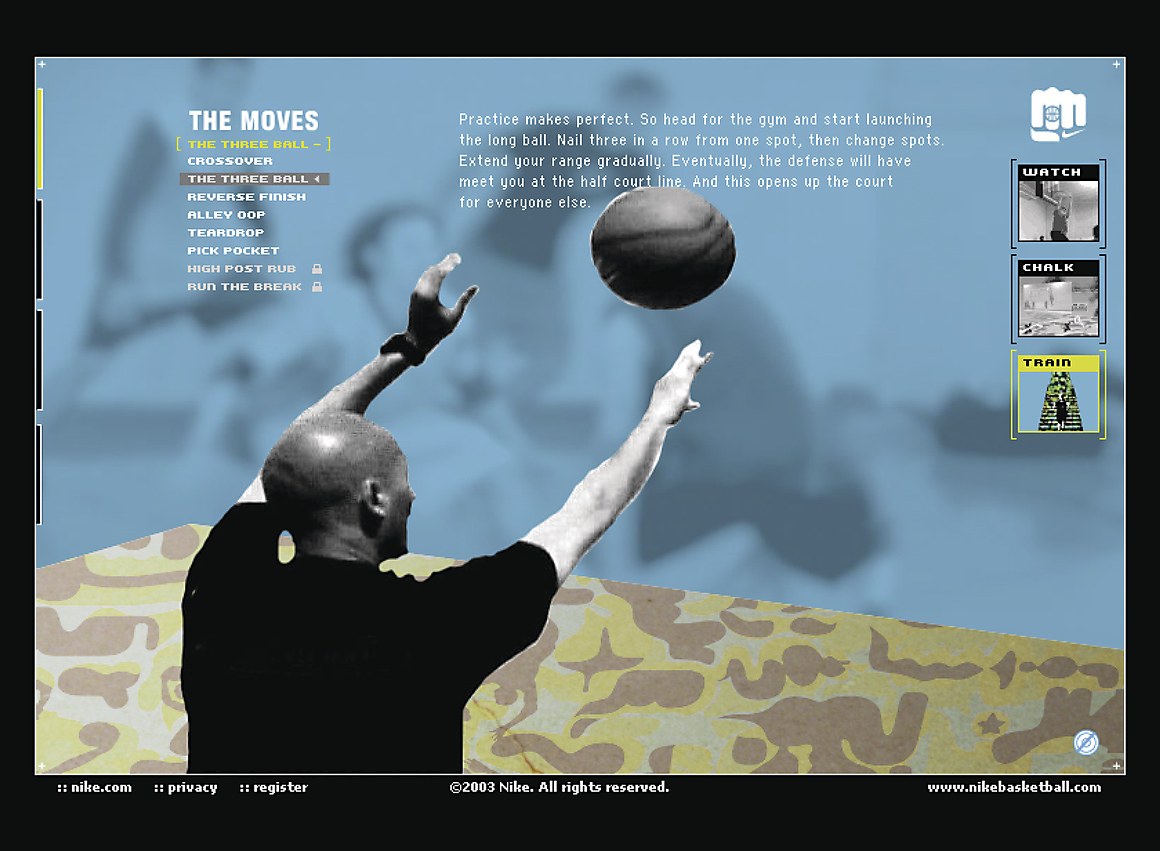 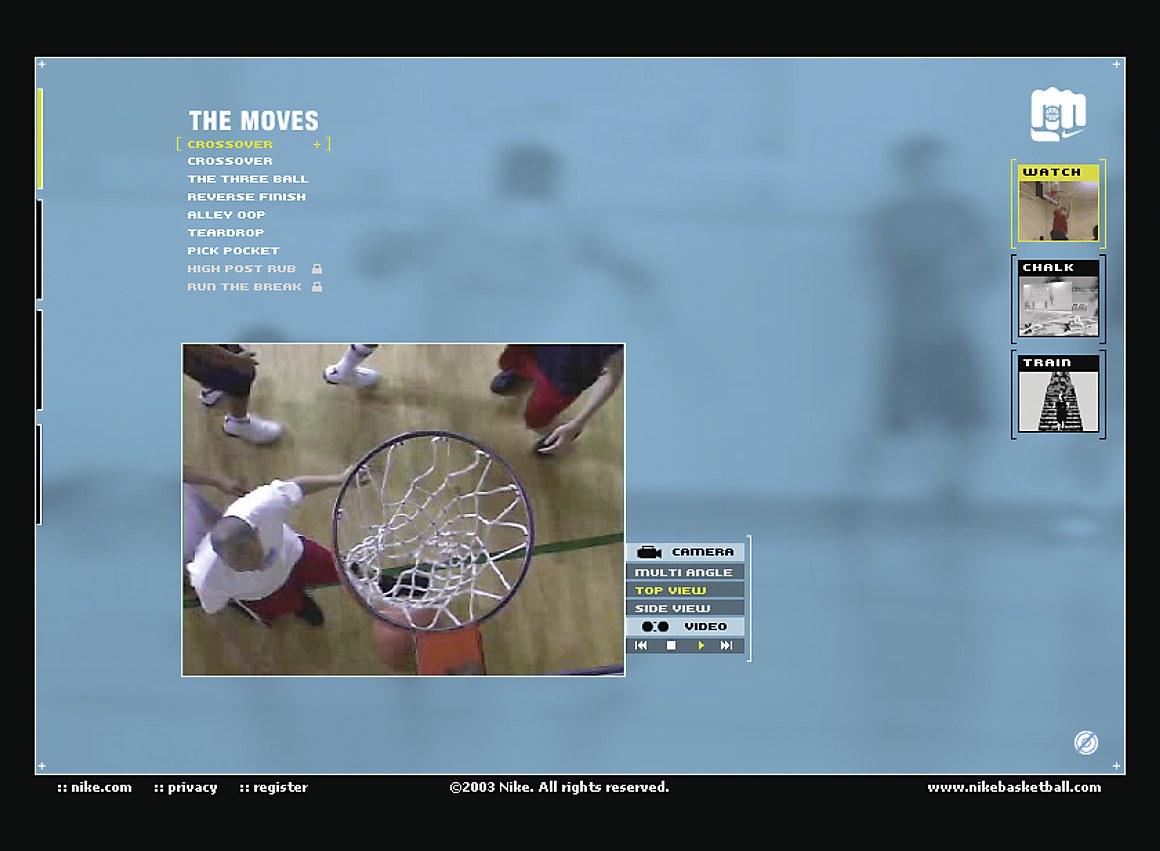 “Good use of Flash video, lets me see their shoes in action.” —juror Dan Mavromatis

“This engaging and innovative navigation gets out of its own way. Assuming broadband connectivity, this site offers a lot of audience-appropriate content via entertaining and informative interactivity.” —juror Deb Koch

Overview: This site is a refreshing and dynamic mix of basketball lore and merchandise with plenty of movement. It allows visitors to bone up on their court moves, buy products and gain inspiration.

Comments by Adam Lau:
“This whole project began with a mysterious video containing footage of a mythical Asian streetballer. Shot by Wieden+Kennedy, it contained about 40 hours of raw DV footage surrounding this kid pulling off some pretty extraordinary moves. W+K had also commissioned some very cool art from Rostarr, an illustrator who’s a member of the Barnstormers.

“The idea was to leverage the DV footage and the illustrations to create a site experience that would celebrate Asian ball and get kids excited about bringing their own style to the court.

“The footage was broken down into moves and then chalked out on a board with the help of an assistant coach from the Stanford Men’s Basketball team. Then we put it in the hands of our designers and Flash programmers who gave the whole project a street stylish feel. The sliding-drawer menus create a clean stage for viewing content and the horizontal navigation breaks down some of the traditional walls between loads.

“Finally—and yes, I know it’s a cliché—we really couldn’t have pulled this off without a tough but great client who pushed us on the front end and then supported us during the development.” 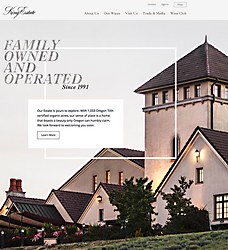 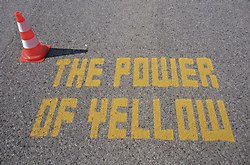 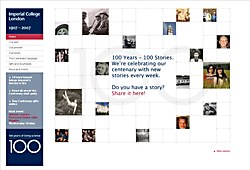 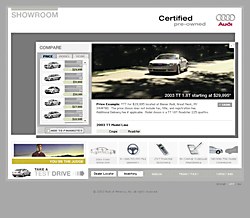 Maybelline’s Girl with the Big Eyes 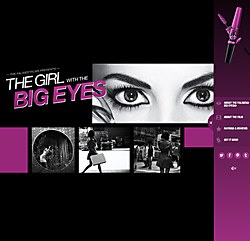 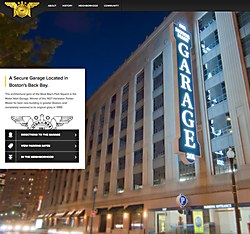 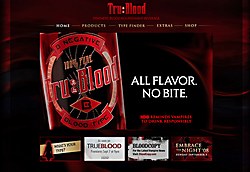 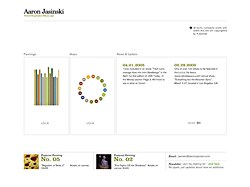 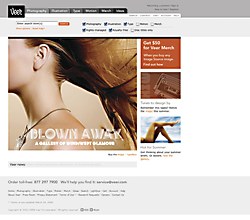 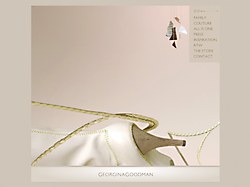 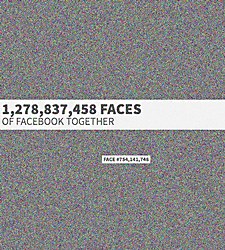 IAAH: The Studio of Nessim Higson 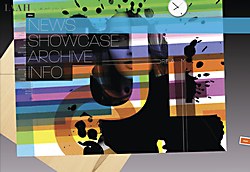