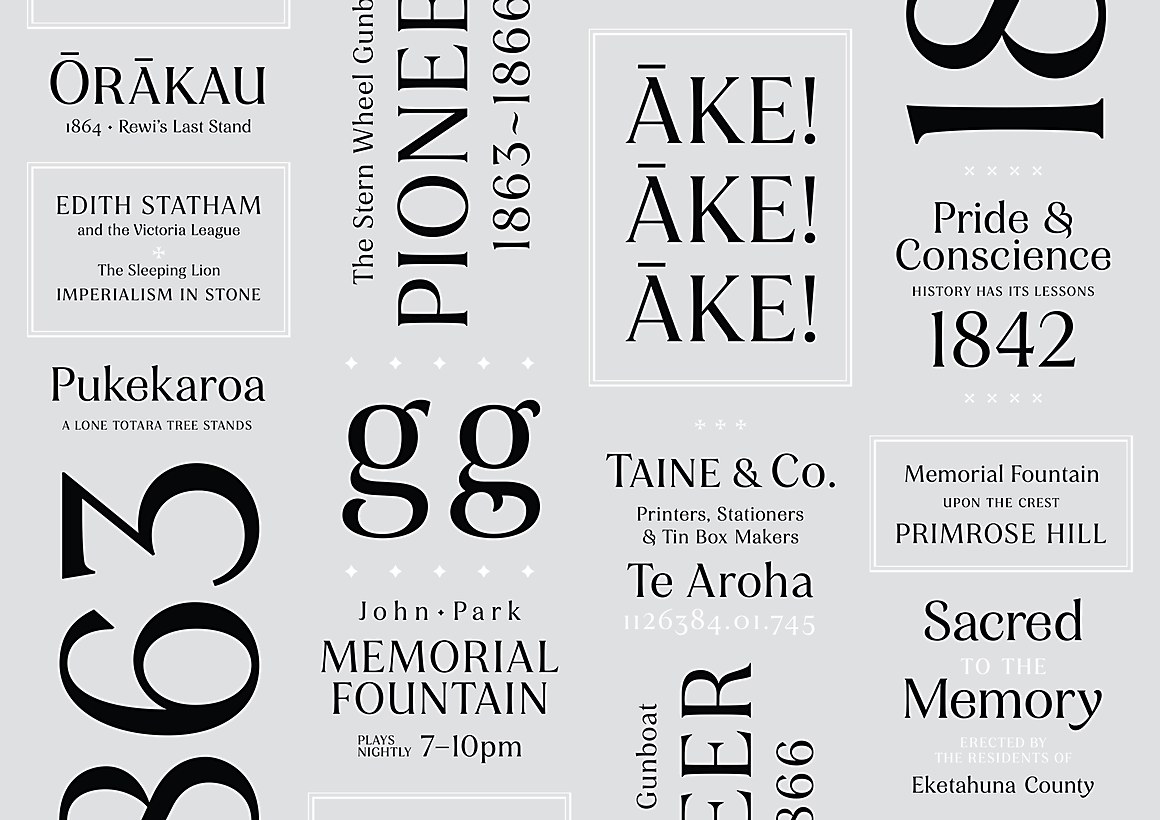 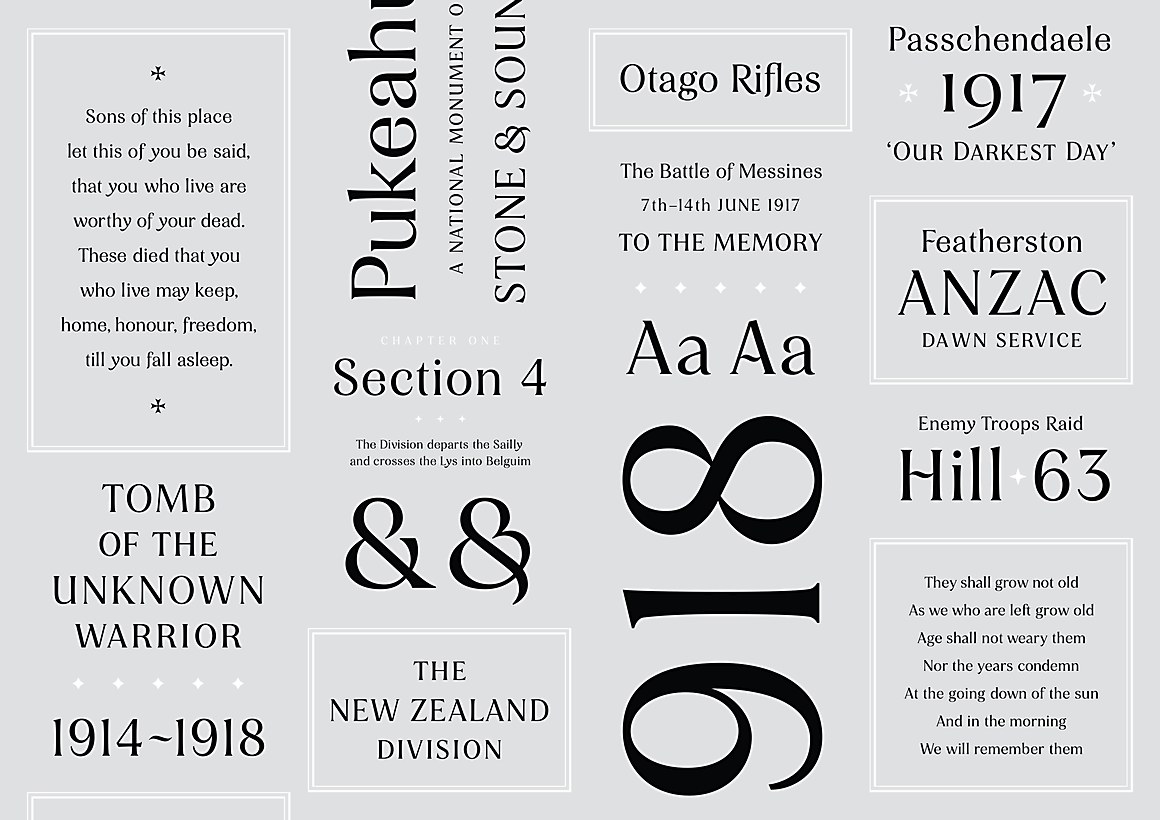 “Kahu has been designed as an exploration into how a typeface might act as a form of monument. It is particularly inspired by the story of the Australian and New Zealand Army Corps and the typography of war memorials scattered across New Zealand. Kahu’s core structure is based on classical Roman inscriptions and also references modern derivatives, such as Eric Gill’s Perpetua and Jean François Porchez’s Le Monde. The flared stems give way to the classical stroke or cut, while overall letter width is indicative of more industrial Roman types.”