Jerusalem We Are Here 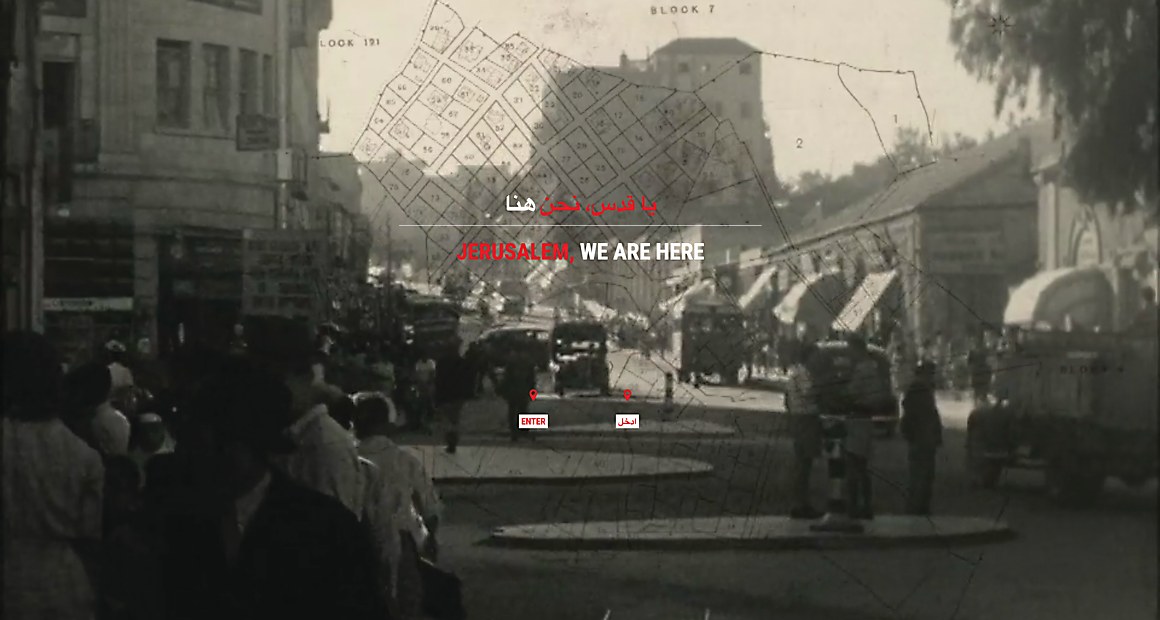 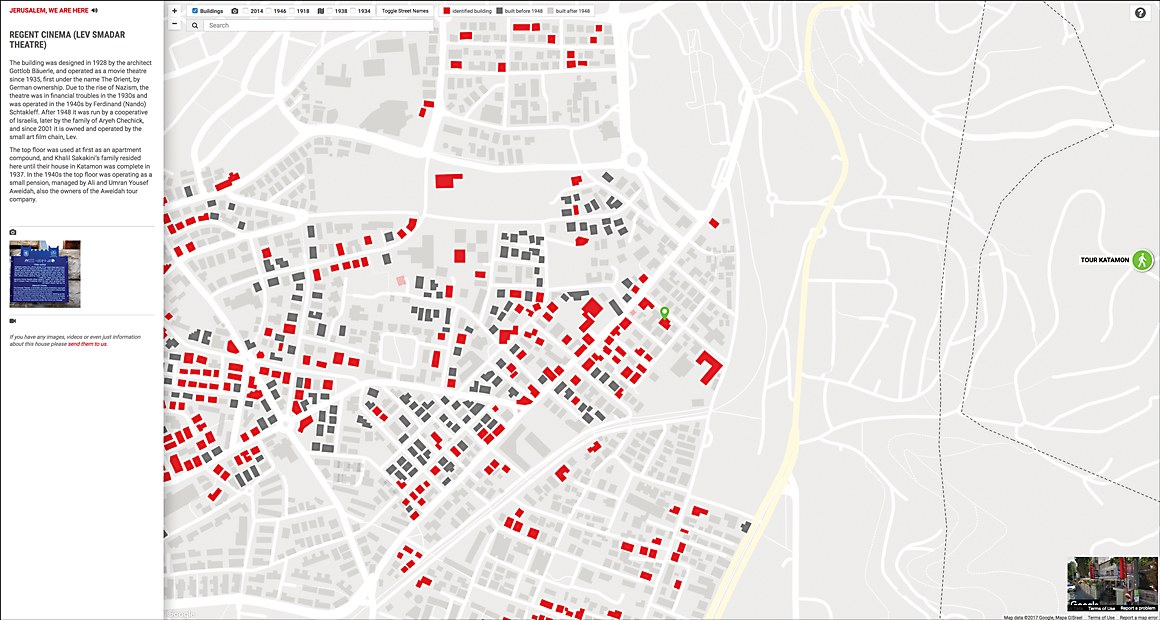 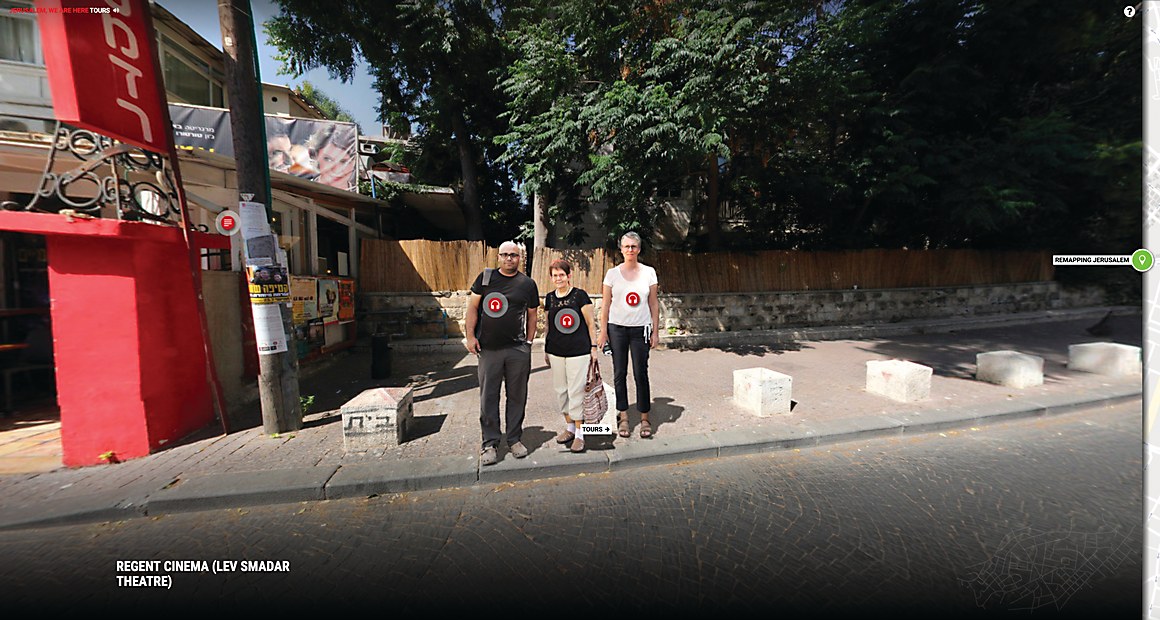 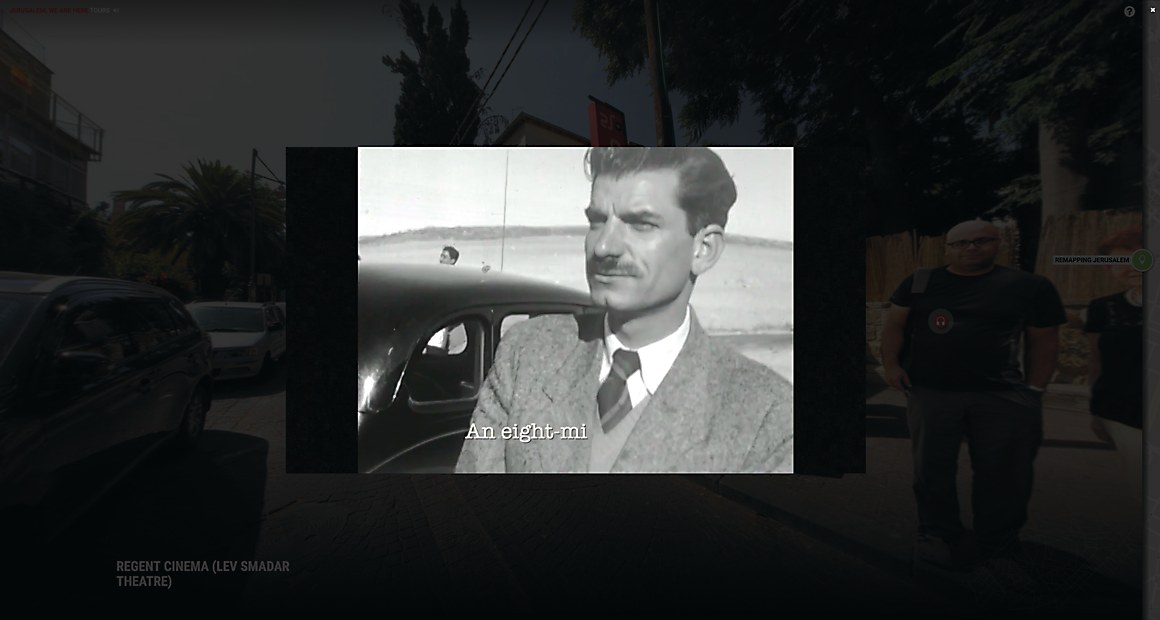 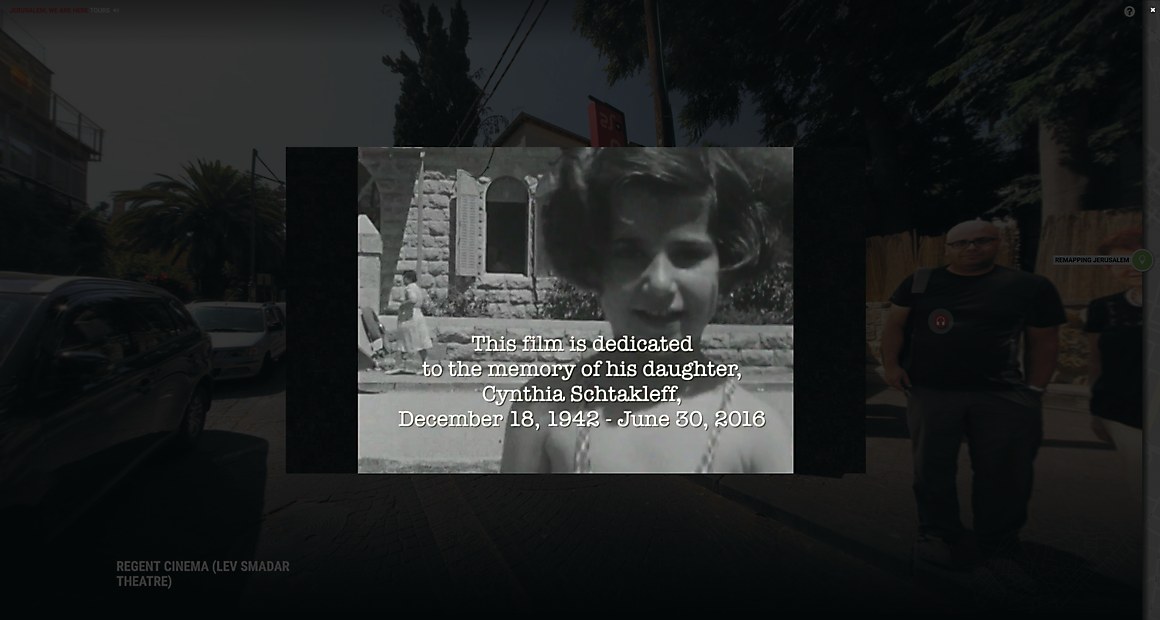 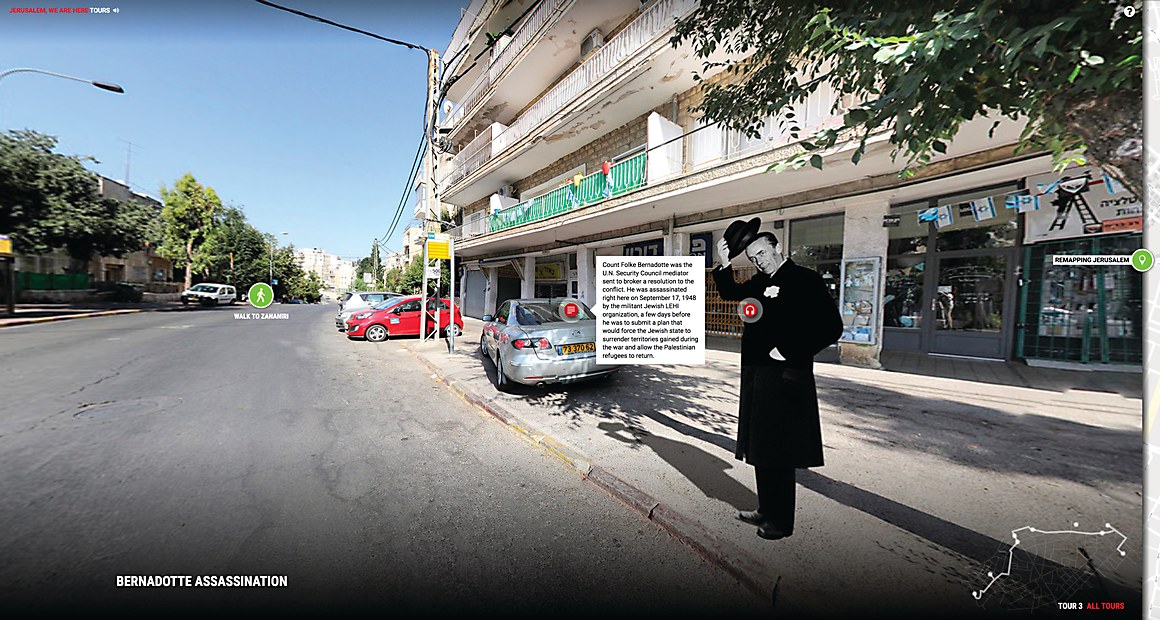 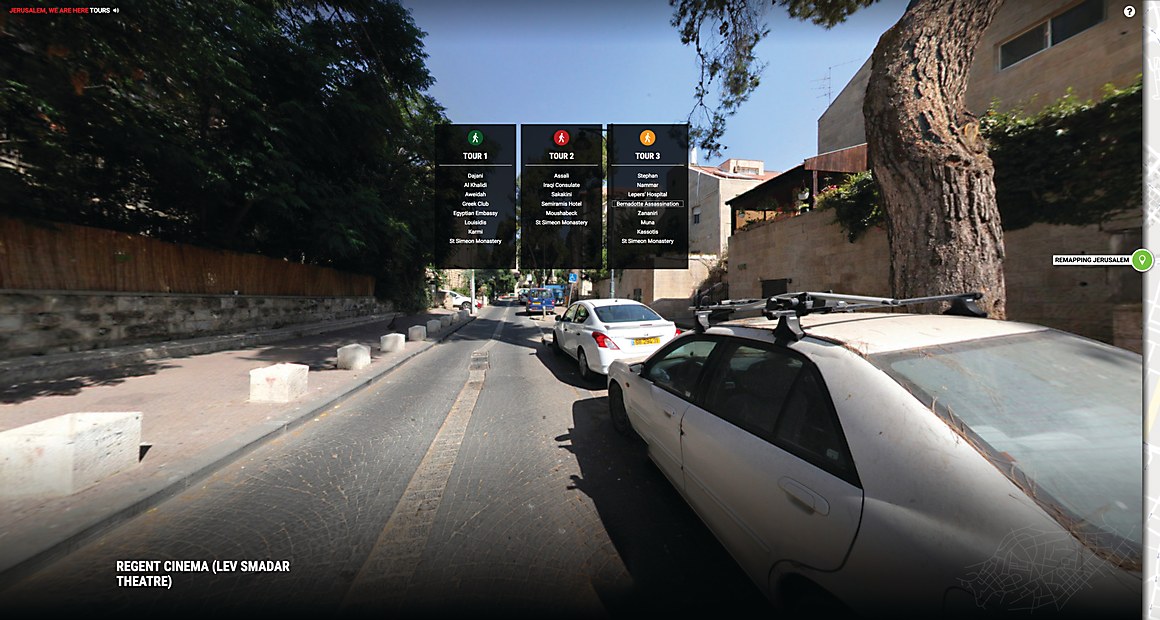 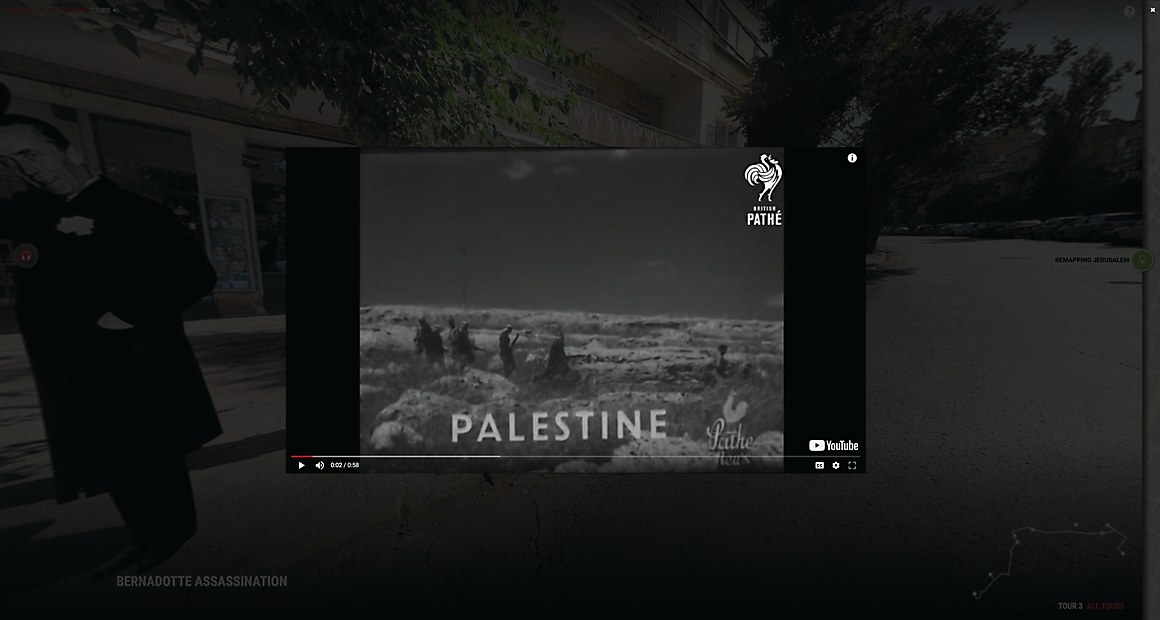 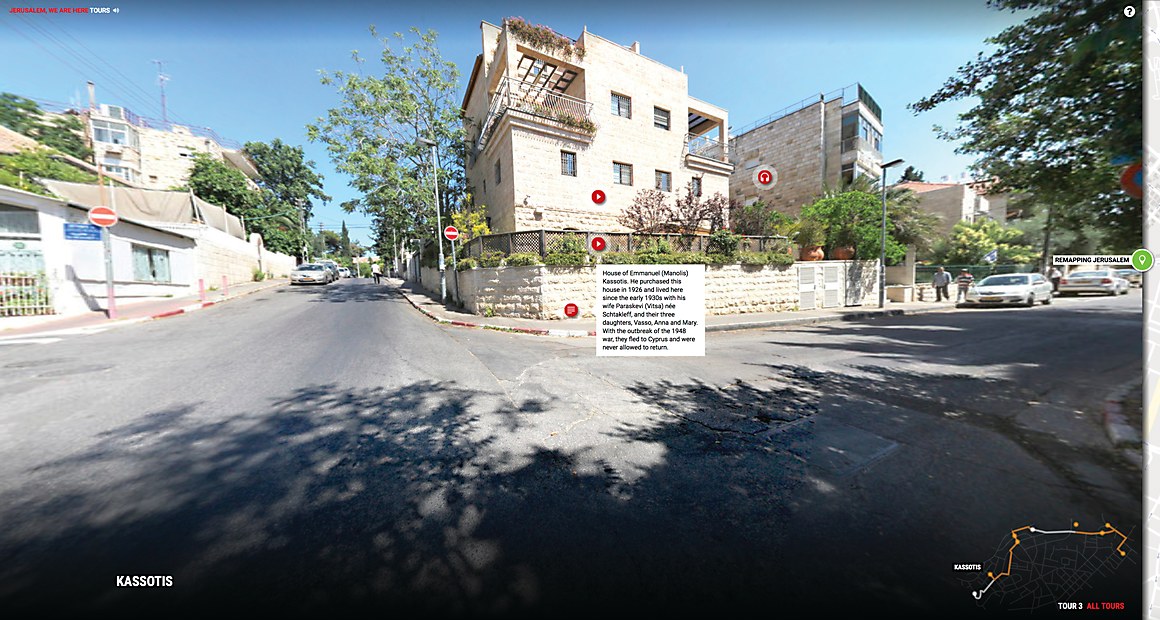 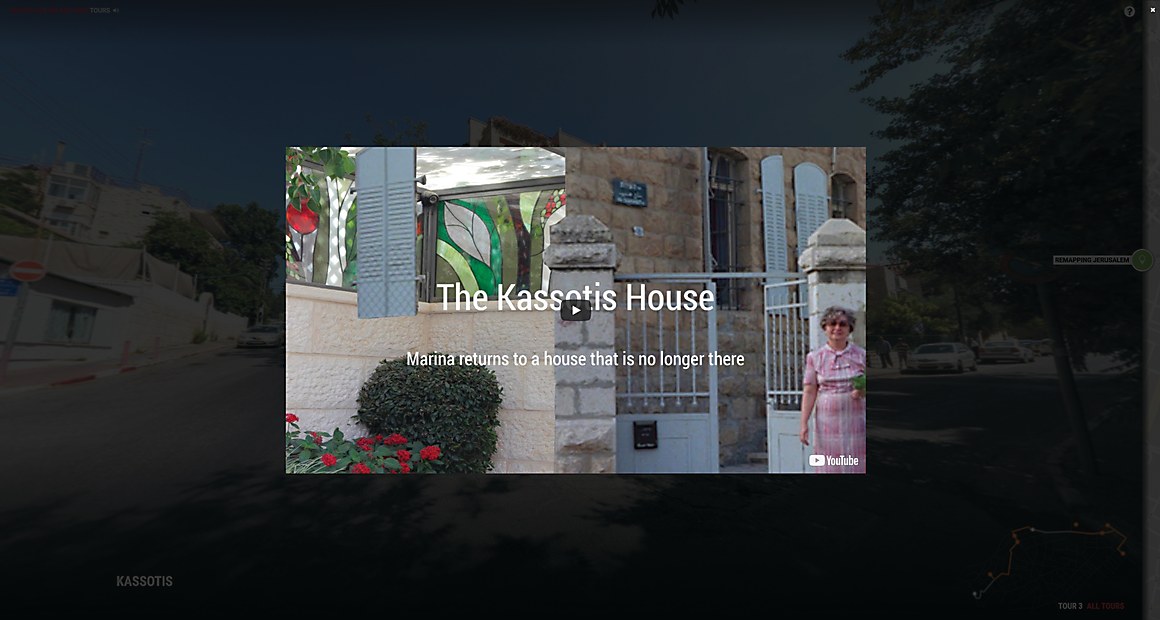 “They efficiently wove together Google Street View with video and audio content to create a virtual tour that was an interactive and engaging way to experience a documentary.” —juror Stephen Hadinger

Overview: If houses, streets and neighborhoods could speak, what stories would they tell? Jerusalem, We Are Here is an interactive documentary that digitally reunites Palestinians with the Jerusalem neighborhoods from which they were expelled in 1948. Funded by a grant from the Social Sciences and Humanities Research Council of Canada, this experience was created by Toronto-based studio Helios Design Labs as part guided tour and part collective mapping activism project. It immerses users in the neighborhood of Katamon, inviting them to explore the past to better understand the present.

• The experience is available in English and Arabic, which means that all aspects had to take both left-to-right and right-to-left text into account.
• The front end was developed in JavaScript using Angular.js, which connects to a Node/Express API on the server side.
• The project, which took eighteen months to complete, premiered at the Montréal International Documentary Festival.

Comments by Heather Grieve, Dorit Naaman, Daniel Sundy and Alex Wittholz:
Did you meet with any out-of-the-ordinary obstacles during development? “We had to come up with a way to move through a Google Street View–based walking tour of Jerusalem while syncing to an audio narration. While we toyed with the idea of having videos play between tour stops, in the end, we wrote a script that enables the user to move along a fixed path through Google Street View panoramas at her or his own pace. To make this work, we devised an algorithm that filtered out unwanted panoramas and normalized the number of ‘steps’ on the journey.”

Describe any special interactive features. “The walking tour portion of the experience contains a series of immersive panoramas that were shot on location and subsequently overlaid with audio, video and content hot spots. The ambient audio contains present-day street sounds overlaid with music that would have been heard in Jerusalem in the 1940s. The interactive map combines a stylized map with image overlays in the form of historical aerial photography and land surveys. Individual buildings on the map are divided into pre- and post-1948, containing historical and personal information provided via click.”

Did you use any applications that you hadn’t used before? “We used a couple of open-source applications to get the data for the building elements on the mapping side. First, we would get map coordinates from geojson.io and then convert them into a query script that we would run in overpass-turbo.eu. Afterward, we would use Overpass Turbo’s OpenStreetMap to get the GeoJSON data, which we used to create the individual buildings in Google Maps.”