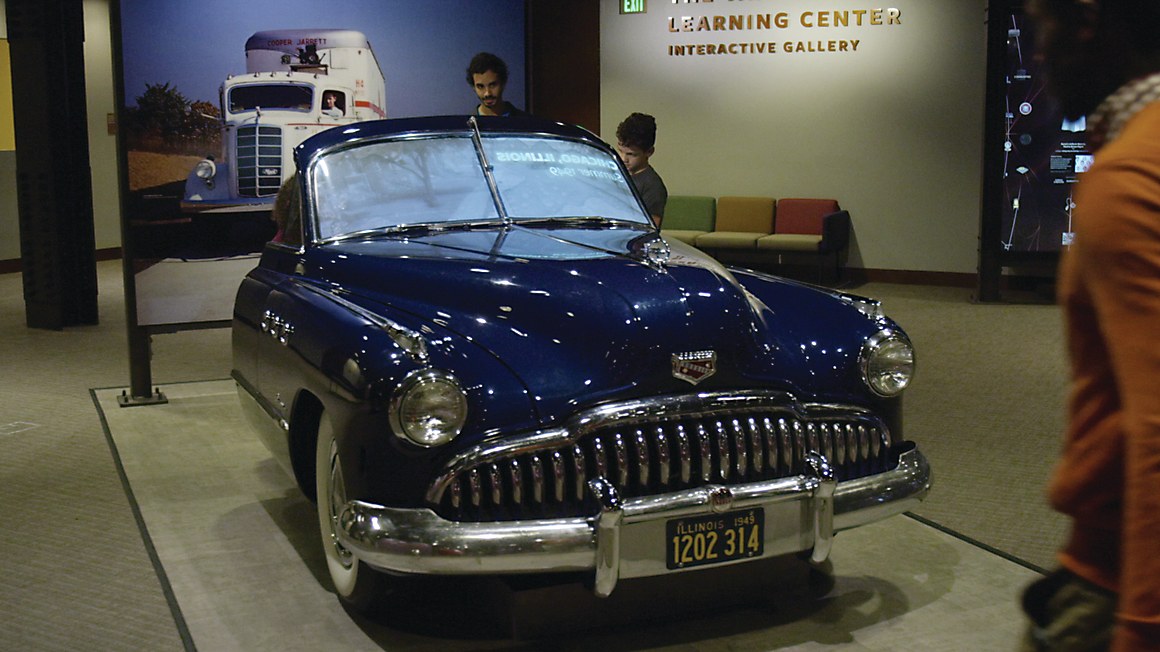 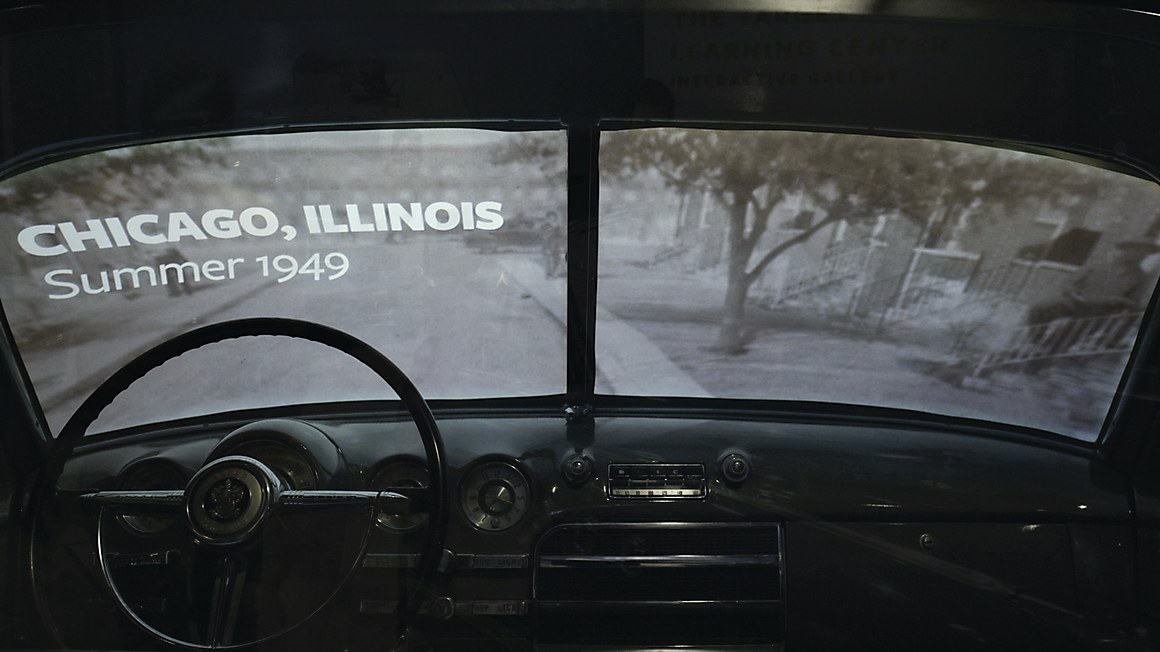 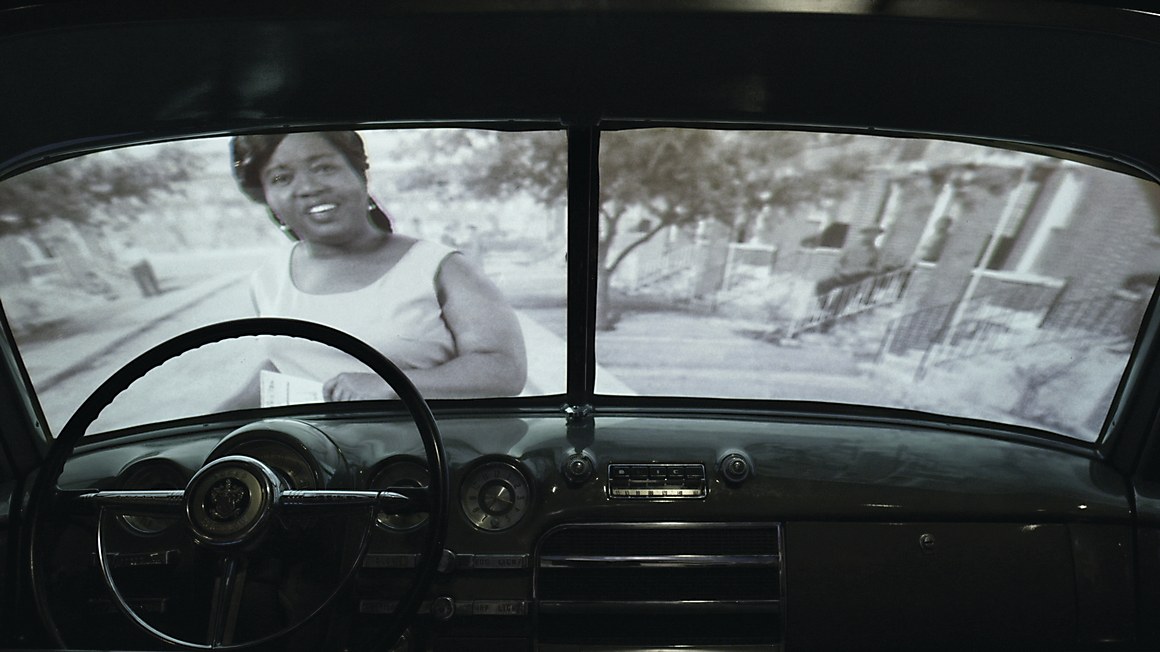 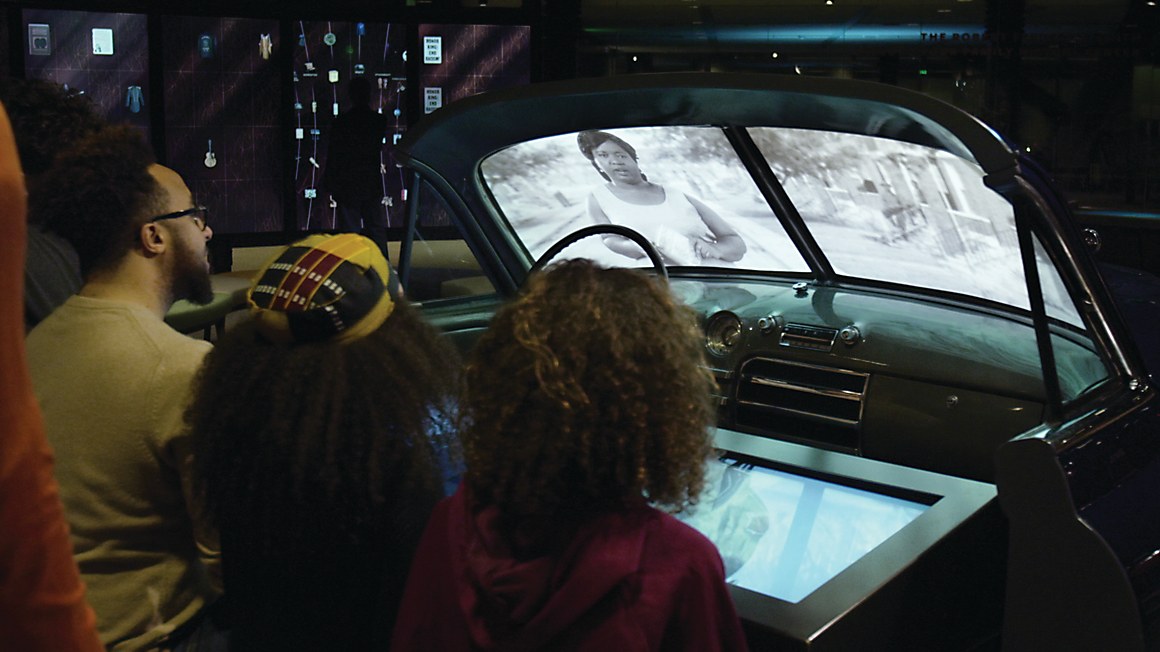 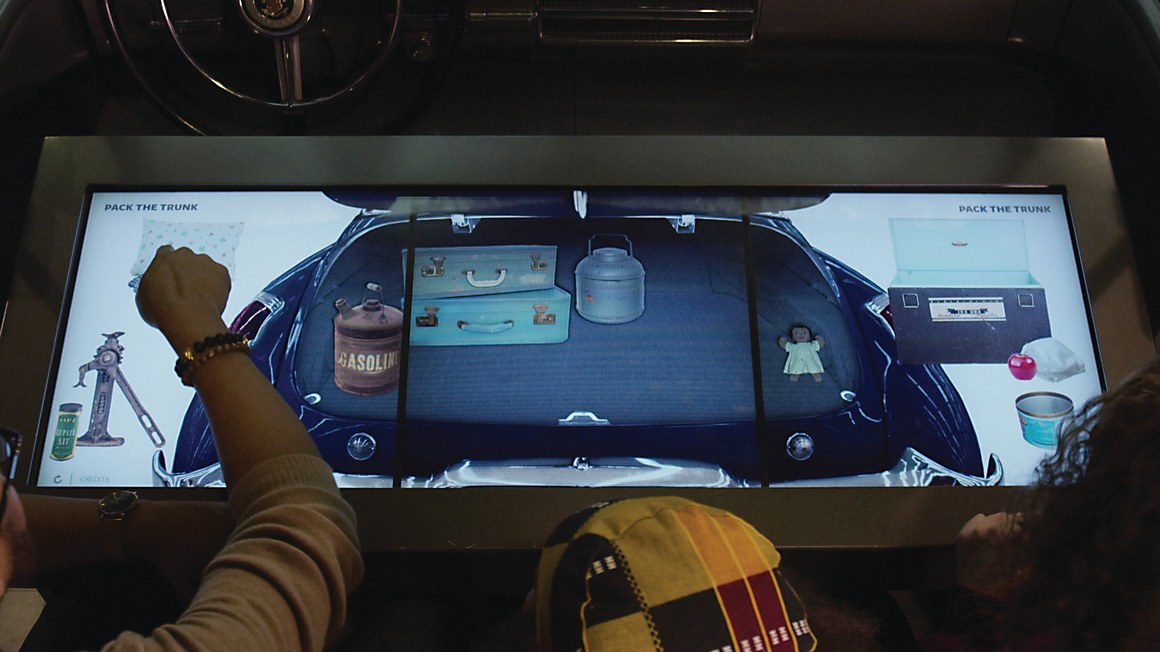 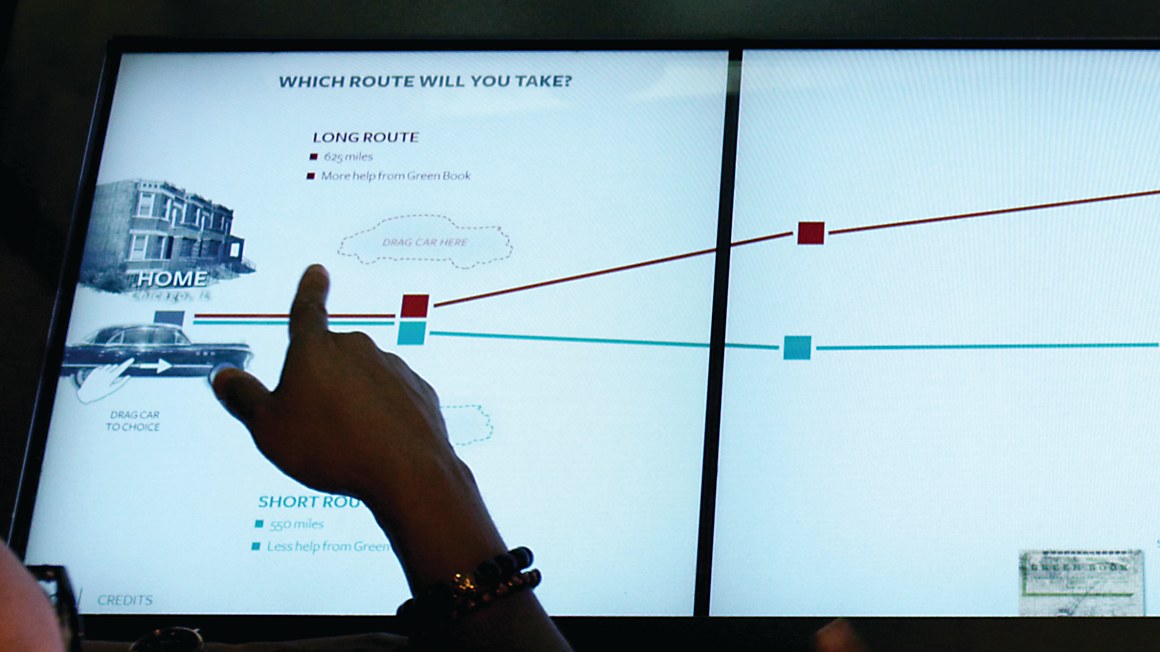 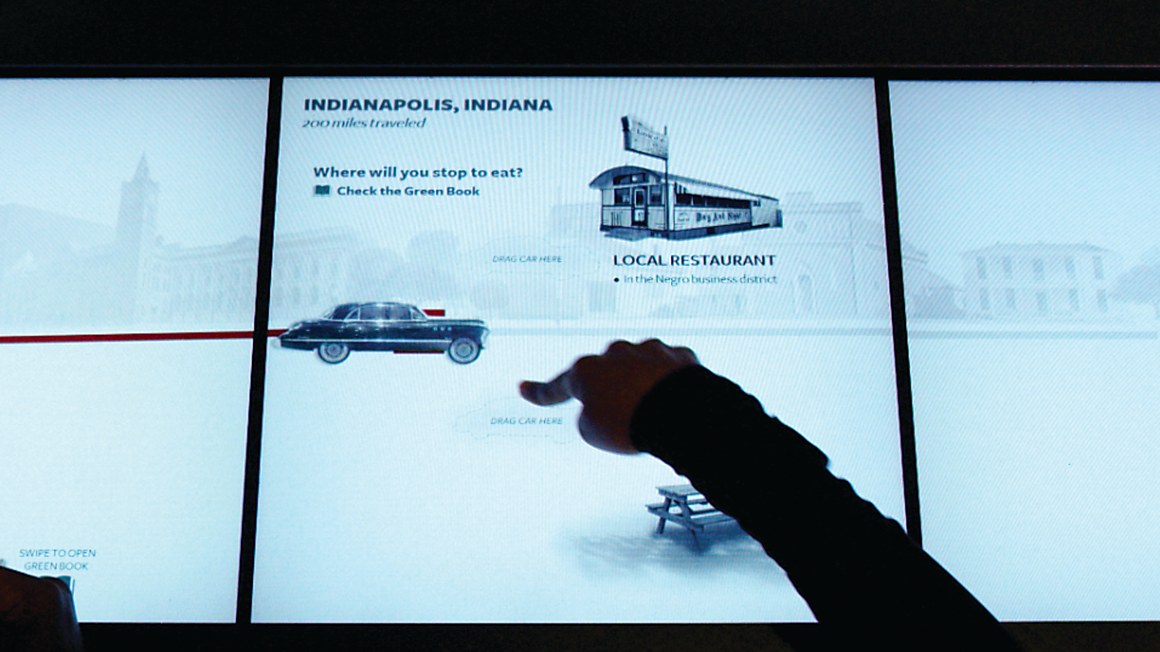 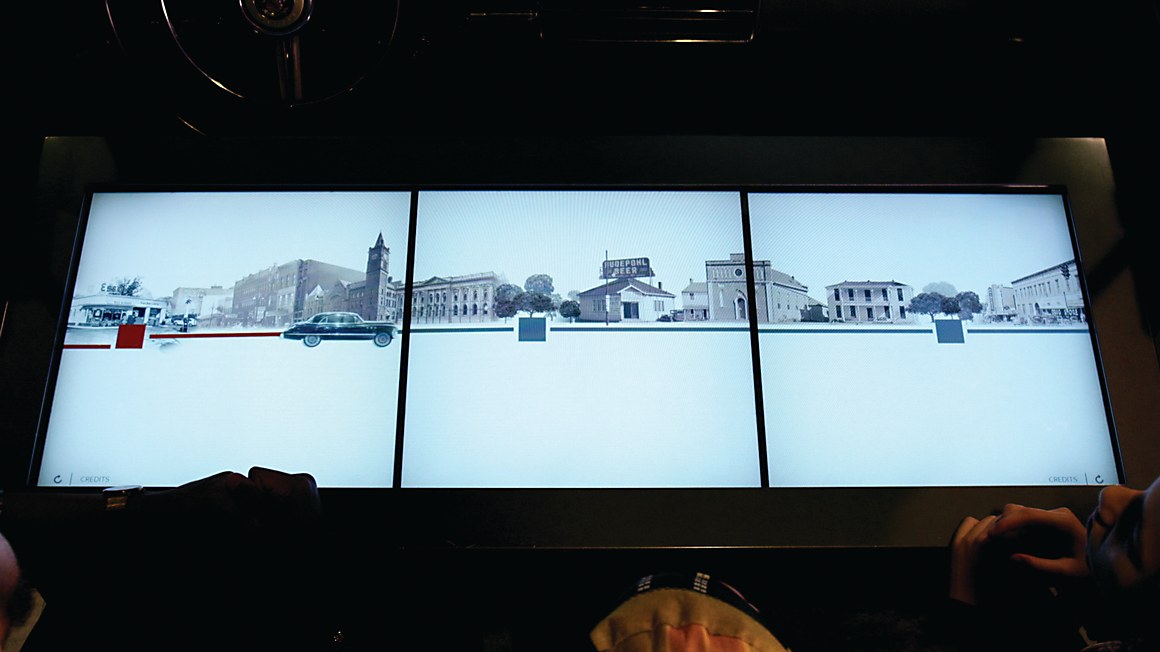 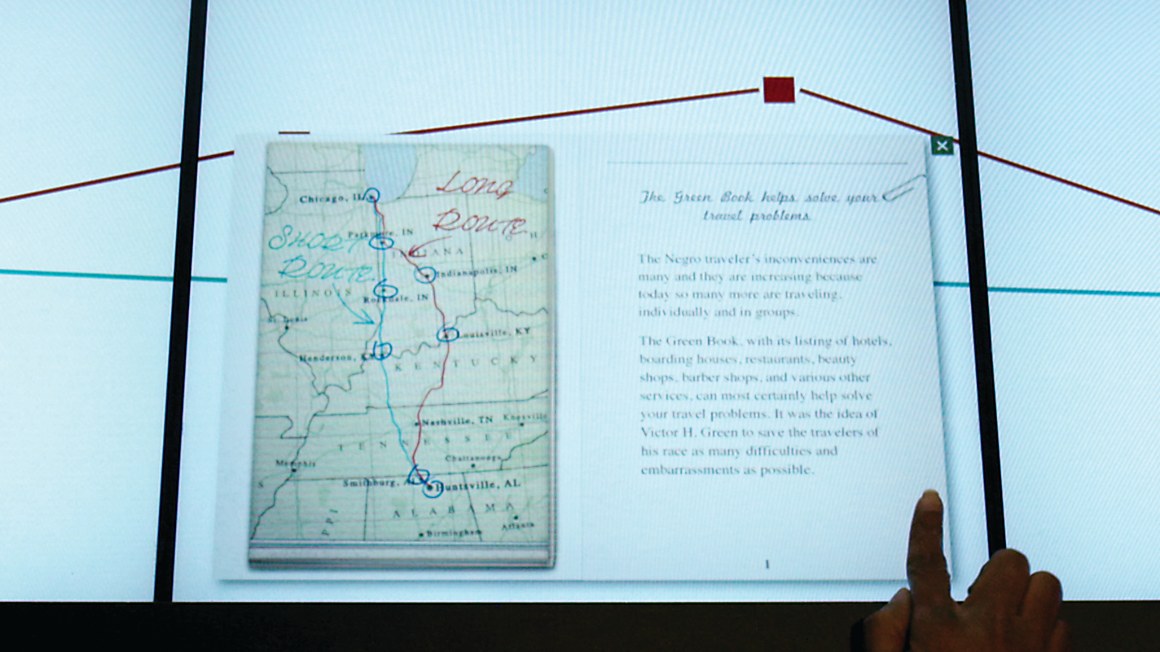 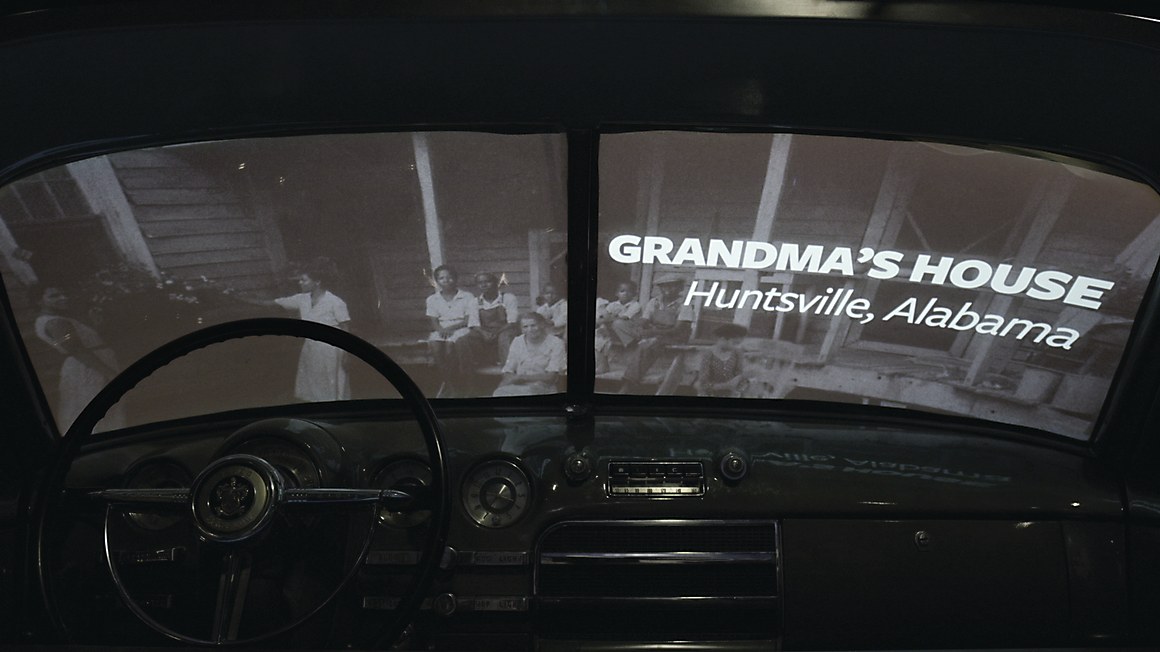 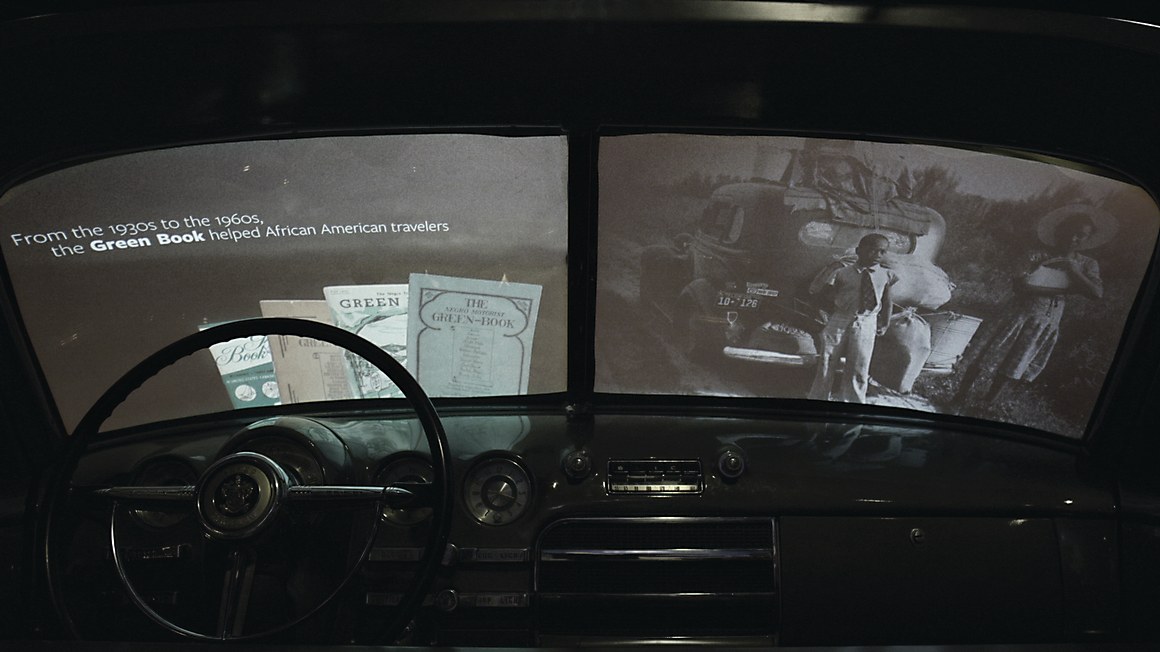 “Great use of lm and interactivity to immerse users in a sensitive subject.” —juror Eva Mautino

“I’m always impressed when a museum interactive actually succeeds at fostering communication and collaboration between visitors, especially when the subject matter is one that’s so critical to engage in dialogue.” —juror Erika Tarte

Overview: For African Americans, travel across the segregated landscape of Jim Crow America was fraught with uncertainty and danger, so they relied on word-of-mouth recommendations and travel guides like The Negro Motorist Green Book to safely navigate the country’s challenging roads. To place the Smithsonian National Museum of African American History and Culture’s visitors in the shoes of an African American traveler during the Jim Crow era, McLean, Virginia–based firm Cortina Productions created Follow the Green Book. In this interactive exhibit, visitors step behind the wheel of a 1949 Buick sedan, where they can use a touchscreen dashboard to select where to stop for gas, food and lodging. Along the way, scenes derived from the firsthand accounts of African American travelers are projected onto the windshield of the car.

• Visitors use a stylized map to select places to stop during their trip from Chicago, Illinois to Huntsville, Alabama.
• They can flip through an abridged digital version of the 1949 edition of The Negro Motorist Green Book.
• Windows Presentation Foundation and Adobe After Effects were used to create the experience.

Comments by Cortina Productions:
What are the project’s core features? “This interactive experience combines originally produced scenes based on the firsthand accounts of African American travelers, which are projected onto the car’s windshield, with a touchscreen dashboard that visitors use to choose where to stop for gas, food and lodging during their journey.”

Did you learn anything new during the process? “It was a challenge to direct the visitor’s attention back and forth between the touchscreens mounted on the dashboard of the car and the scenes being projected on the windshield. We learned a lot about how to pace out content and direct the visitor’s eyes from one screen to the other.”

What was the most challenging aspect of the project? “Creating fictionalized scenes that not only conveyed the drama of each encounter, but also showed visitors the historical facts behind each scene. Cortina Productions developed a unique production process to create the immersive scenes. Historic images and film clips were composited together to create the street-level view for each location. Actors in period wardrobe were shot in front of a green screen and integrated into the re-created locations. During filming, these settings were mapped on set to enable actors to move and interact seamlessly within the digital environment. Post-production incorporated fluid camera movements and visual effects to give scenes the look and feel of a classic 1940s film. Fictional scenes segue into a montage of historical images, quotes and newspaper headlines that reveal the true events that inspired the scene. This technique enabled us to convey the drama of each encounter with the fictionalized scenes while emphasizing to the visitor that every scene was a real experience for an African American traveler during the Jim Crow era.”